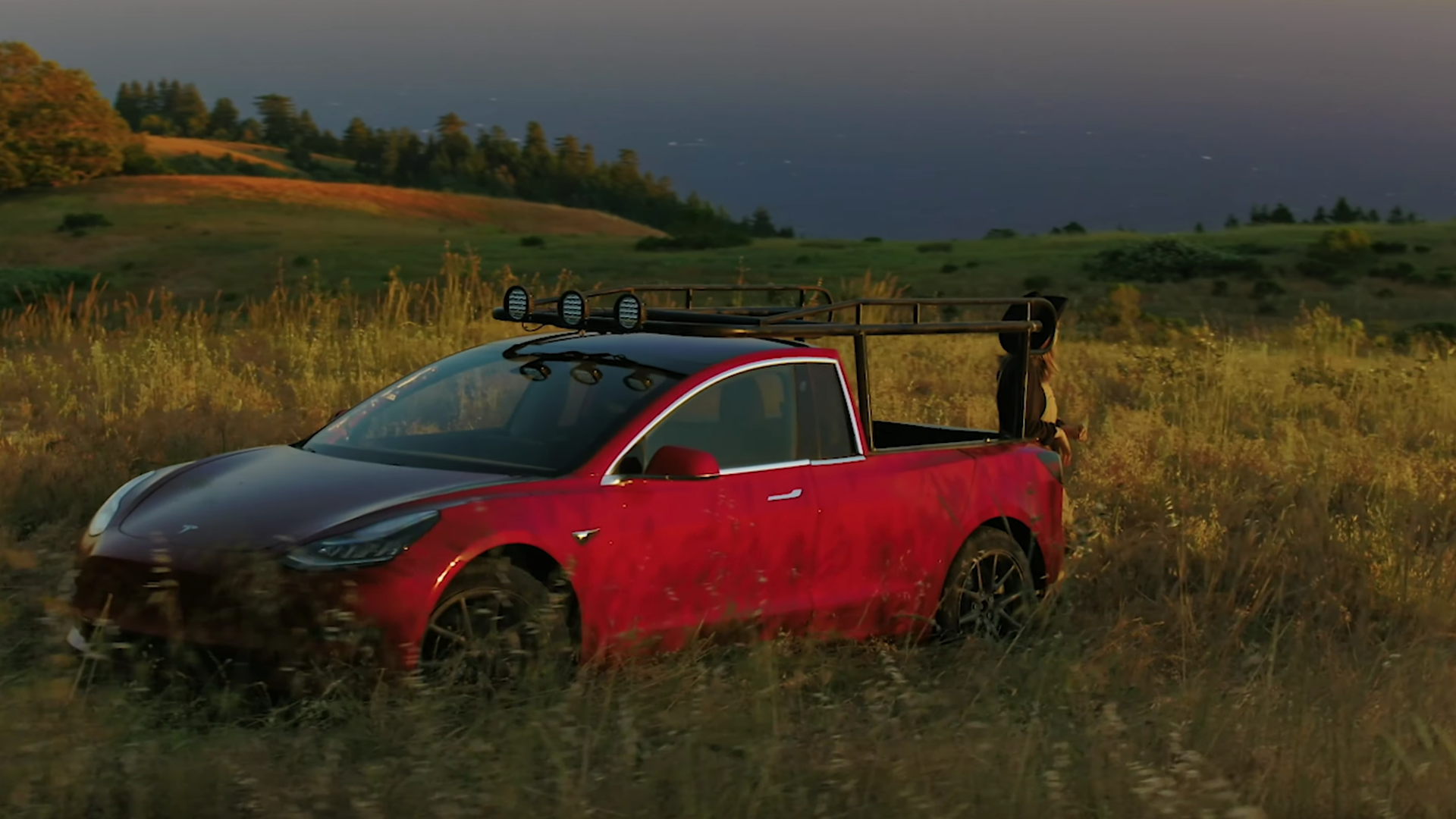 Can’t wait for the hotly-anticipated Tesla pick-up truck? Build one yourself! That’s what YouTube star Simone Giertz did, and the result looks pretty cool.

It’s by no means a spur-of-the-moment project, though. The Tesla took more than a year of pen-and-paper planning before the angle grinders came out. It was an ambitious build, to say the least.

Even a veritable Avengers team of modders, mechanics and fabricators, including famed Tesla modifier Richard Benoit, ran into trouble.

Turning a Tesla into a truck

The car refusing to start upon ‘realising’ the rear had been chopped out was one major issue. It effectively ‘snitched’ on them to Tesla HQ, using its over-the-air comms to highlight the perceived problem. Some of the metal was reportedly a bit fragile, once the structural elements of the car’s frame had been breached.

The finished article gets rid of everything behind the front doors in favour of a truck bed. A cage, which we suspect is as much about bracing as styling, also occupies the rear. A set of spotlights completes the look, turning this Tesla into the ultimate futurist’s farm hack.

Giertz describes the project as “the smartest or the most stupid thing I’m ever going to do”.

Even though it may look like a protest against how long the Tesla truck is taking, Giertz is a well-known Tesla fangirl.

The ‘Truckla’ isn’t exactly a rival to a Ford F-150, anyway. Instead, it seems to be more akin to an old Holden Maloo, the one-off BMW M3 pick-up, or the classic Chevy El Camino. Petition for a Tesla ute? Watch this space.