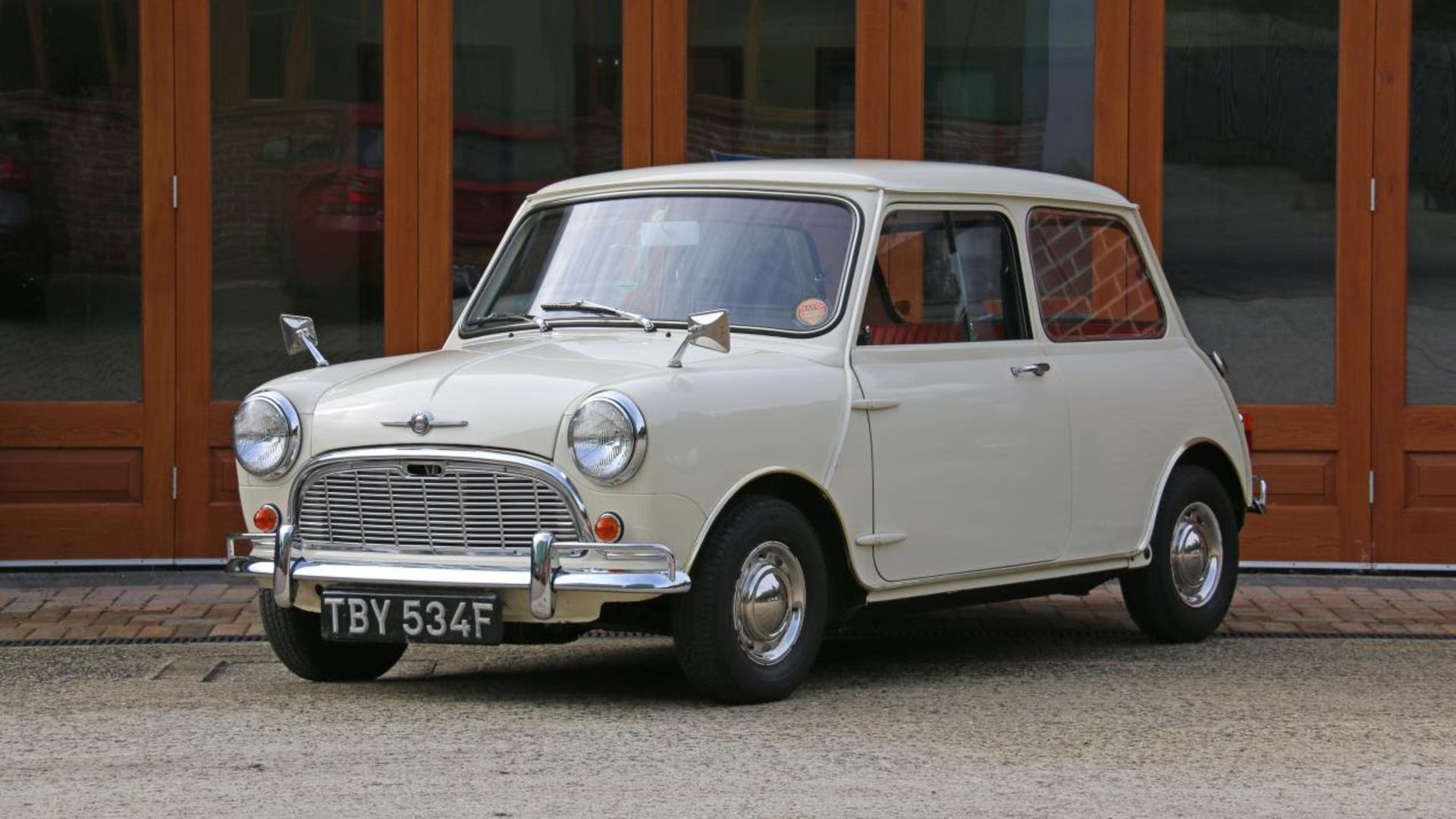 Crack open your checkbooks and prepare to wince. A 1968 Mini, which just 272 miles ago was bought for less than £1,000, could sell for thousands.

In fairness, those 272 miles were accumulated over the entire course of this Mini’s 51-year life. That’s why vendor Woodham Mortimer is calling it the world’s most original Mini… and is keen NOT to disclose an asking price, listing it only as ‘POA’ or price on application.

In fairness, there is a great deal of evidence to suggest that this is indeed the world’s most original Mini. To quote a cliche, it really is a timewarp. The small car may thus sell for a small fortune. 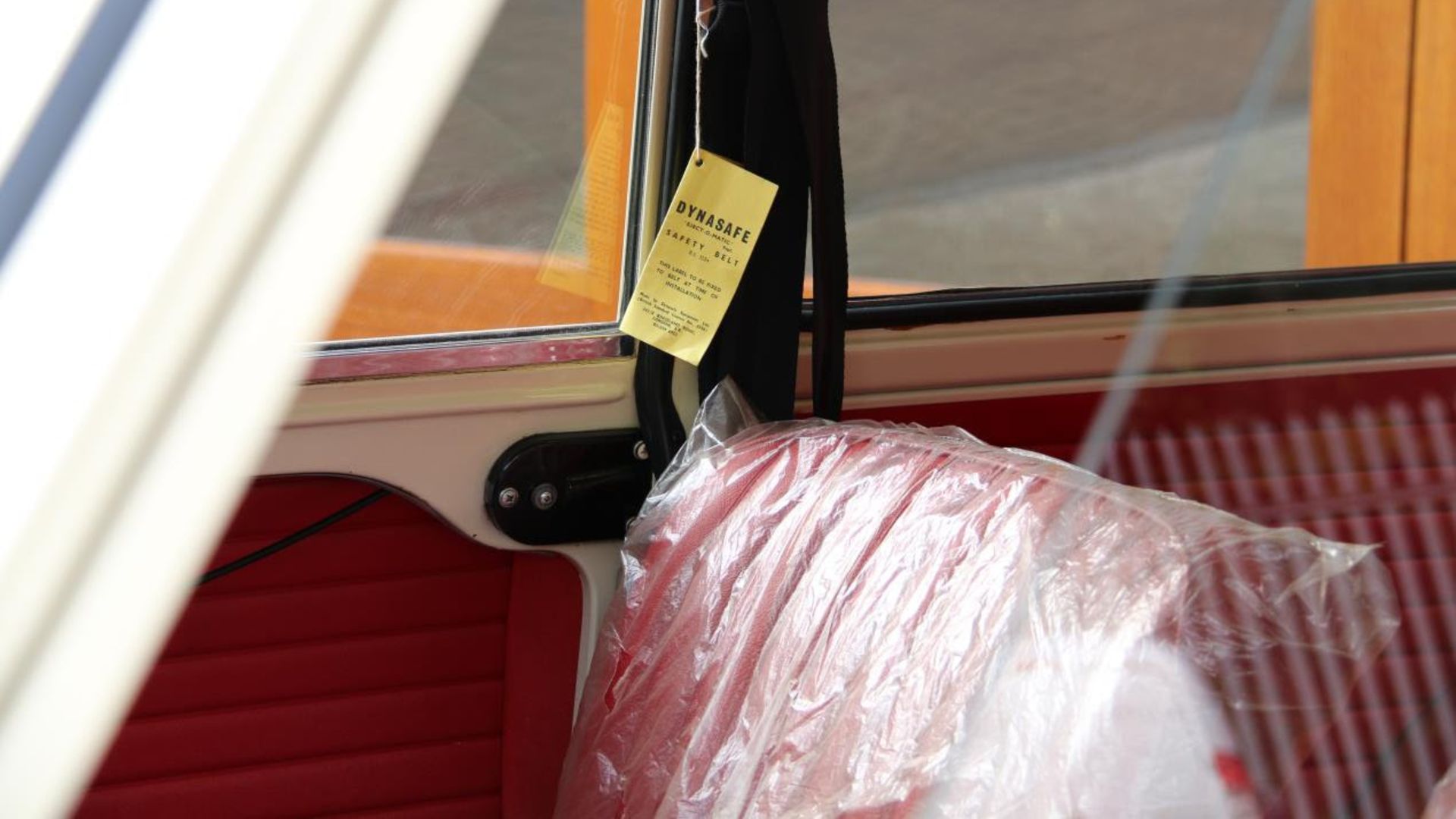 From the un-perished paint and leather, to the manufacturer’s original cardboard label. It’s more or less as it was when it left the factory in 1967.

At the time, a Mrs B. Jones bought the car to learn to drive in. When she missed out on getting her licence, the car was committed to a garage. There it would sit, protected from the elements and the sun, for a number of decades, before going to auction.

‘The smallest details’ remain on this Mini given the lack of use, including that are normally lost, damaged or simply removed before delivery.

‘The door strikers, which were painted in Old English White to match the bodywork and that usually become chipped with use, are completely intact, as are painted screws that would typically be prone to rust,’ reads the sales description.

‘Inside, the original Tartan Red interior, which often fades in the sunlight, is as bright as the day the car left the showroom more than half a century earlier.’ 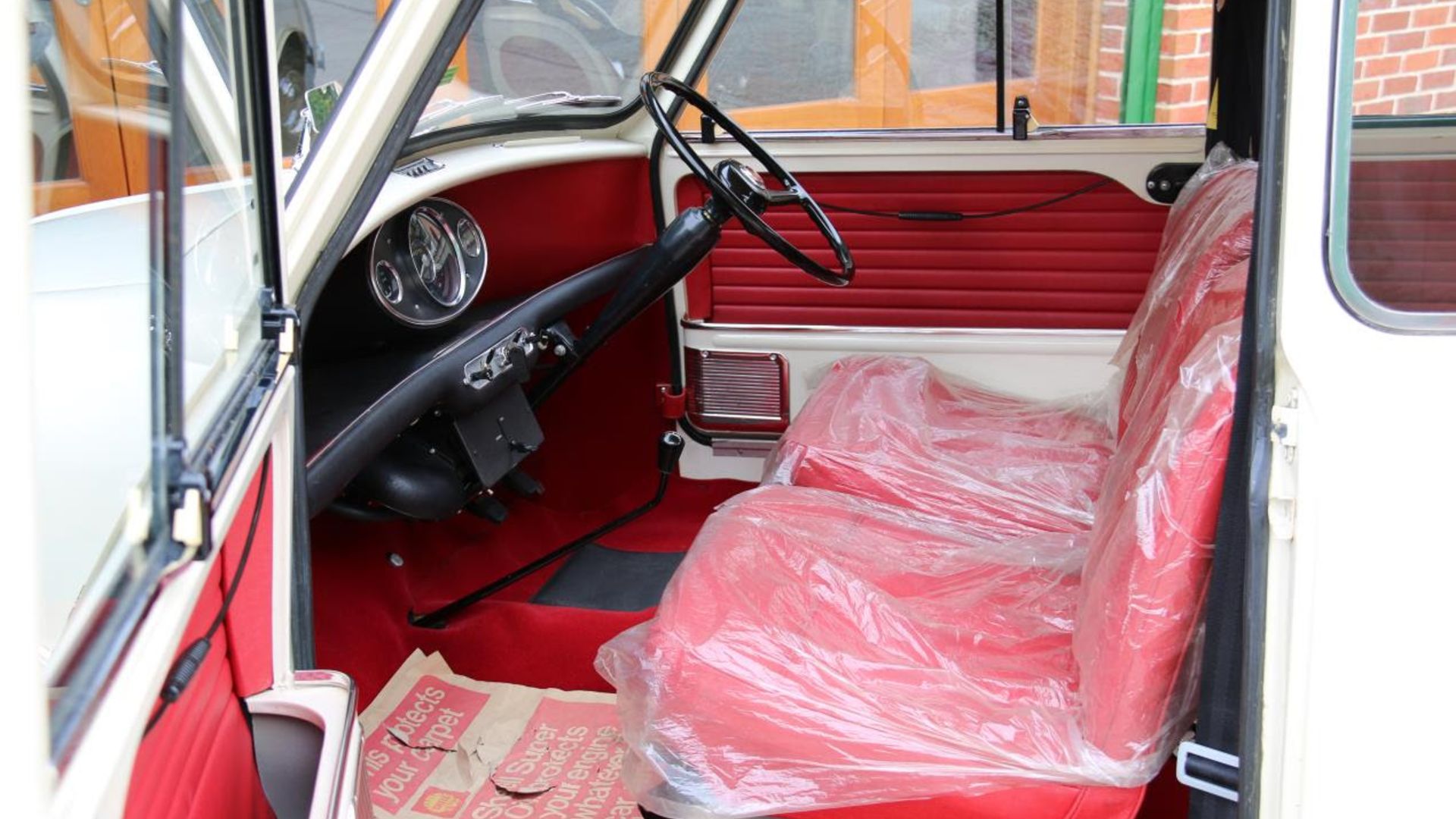 Mrs B. Jones’ loss is the motoring world’s gain. This is a genuine contender for the most original example of one of the world’s great motoring icons.

“This is a truly unique example of the iconic Mini and it is a privilege for Woodham Mortimer to offer it for sale,” said Jean-Marc Gales, CEO and Chairman of Woodham Mortimer.

“The car offers the unrepeatable opportunity to own what must be the world’s most original example of Britain’s most-loved classic car.”