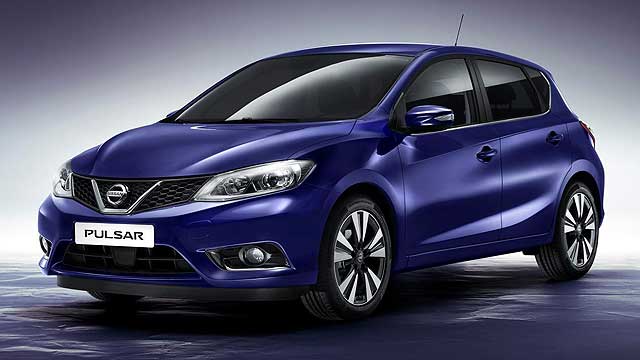 Nissan Pulsar or Volkswagen Golf? This autumn, family hatch buyers will be able to decide

The new Nissan Pulsar five-door family hatchback has been revealed – and will start battling the Volkswagen Golf and Ford Focus from autumn 2014.

The new model marks Nissan’s return to the C-sector – Britain’s second most popular – after huge success with the brand-defining Qashqai. The Pulsar does not replace that car, but supports it and will be hoping to draw in buyers currently driving more traditional rival hatchbacks.

New Nissan Pulsar to launch in the autumn

Will this model create a hot hatch Pulsar, possibly ripe for Pulsar Nismo branding, we wonder?

Nissan’s not revealing any detailed technical specs yet, but has confirmed the 4,385mm long car will have, at 2,700mm, the longest wheelbase in its class. And 692mm rear kneeroom is more than some cars from the class above.

There will also be models emitting less than 95g/km CO2.

It’s no Qashqai – on purpose 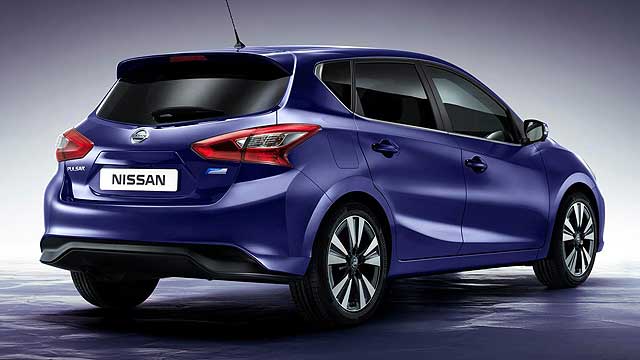 Design wise, first images suggest it’s a neat but unadventurous-looking machine, one that’s not as striking as the Qashqai crossover. Intentionally so, given the relative conservatism of regular hatch buyers compared to crossover choosers?

Nissan’s proud about the LED light technology, the ‘V-motion’ grille, and says the “bold, energetic curves” have been designed and engineered for Europe.

Curiously, it’s not revealed the interior yet, other than a stock boot shot, but it’ll be packed with technology, including the second generation NissanConnect system. This has full smartphone integration, plus Google Send To Car, and is packed with apps.

Safety Shield is the tech highlight but Nissan adds that the Pulsar “is the only car in its sector to offer Moving Object Detection, Lane Departure Warning and Blind Spot Warning as standard on at least one model in the range”. 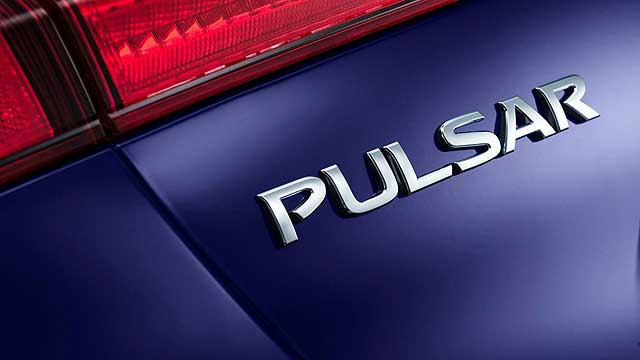 Seven years ago, the Qashqai marked the reinvention of Nissan’s generally dull model range into the hit line-up it is now. It also effectively signalled the end of Nissan’s presence in the mainstream family five-door market, then represented by the mundane Almera.

The Pulsar marks its return. We’ll find out later this year how successful it’s going to be – and whether the Golf and Focus should be worried…