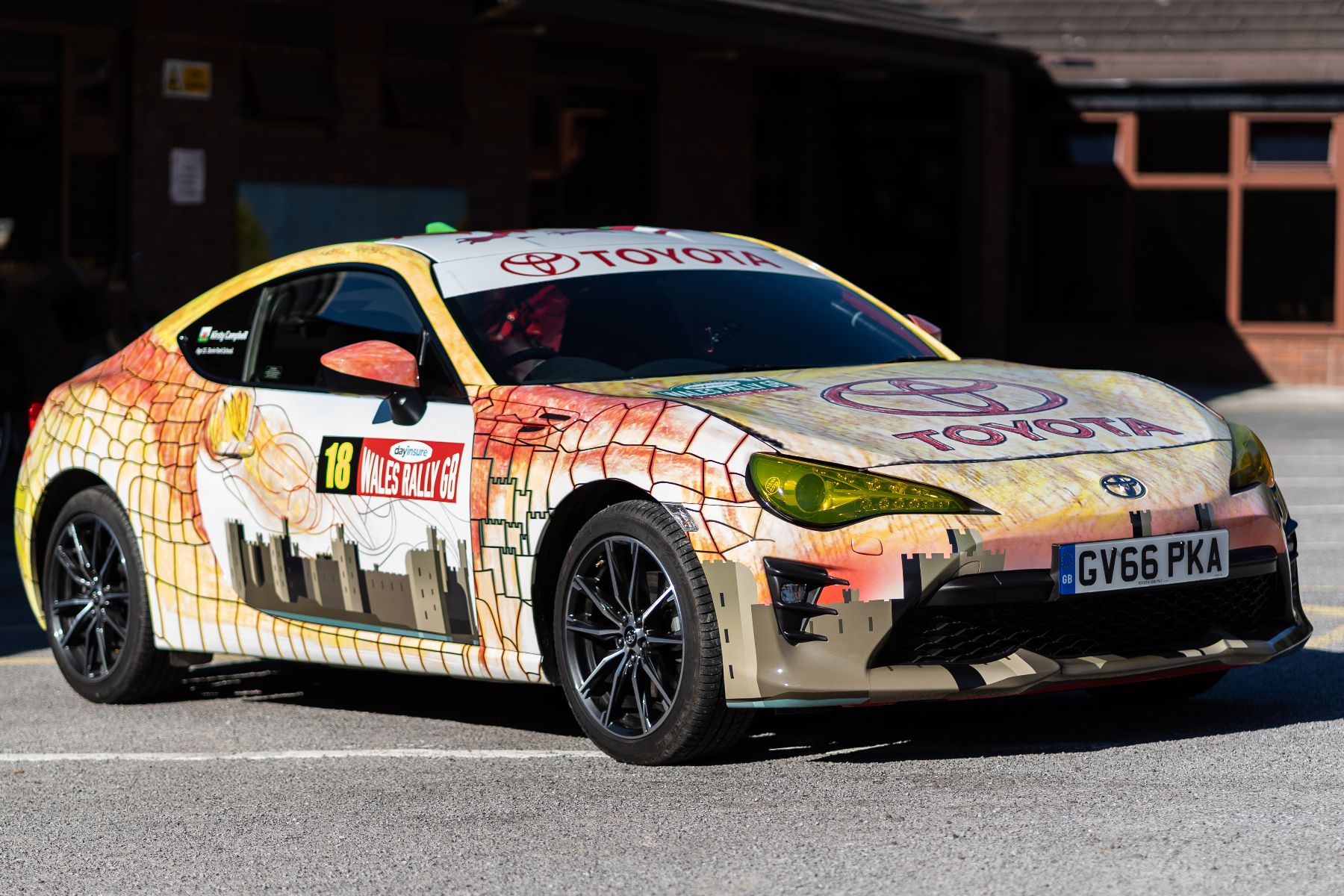 It’s Wales Rally GB weekend this weekend and, to celebrate, Toyota ran a competition to design the livery of a special GT86. The car has been wrapped in the winning design and is on display in the Deeside Rally Village.

The distinctive livery was penned by 15-year-old Kirsty Campbell of Dorin Park Specialist SEN College in Chester. It was unveiled by WRC star Jari-Matti Latvala and Welsh Government Minister, Lord Elis-Thomas. The design was one of hundreds of entries to the competition.

The car will remain on display in front of the ‘Big Bang’ engineering and maths exhibition. As many as 1,500 students will pass through during the weekend and see it.

The Welsh rally has been a staple of the World Rally Championship since its inception in 1973. 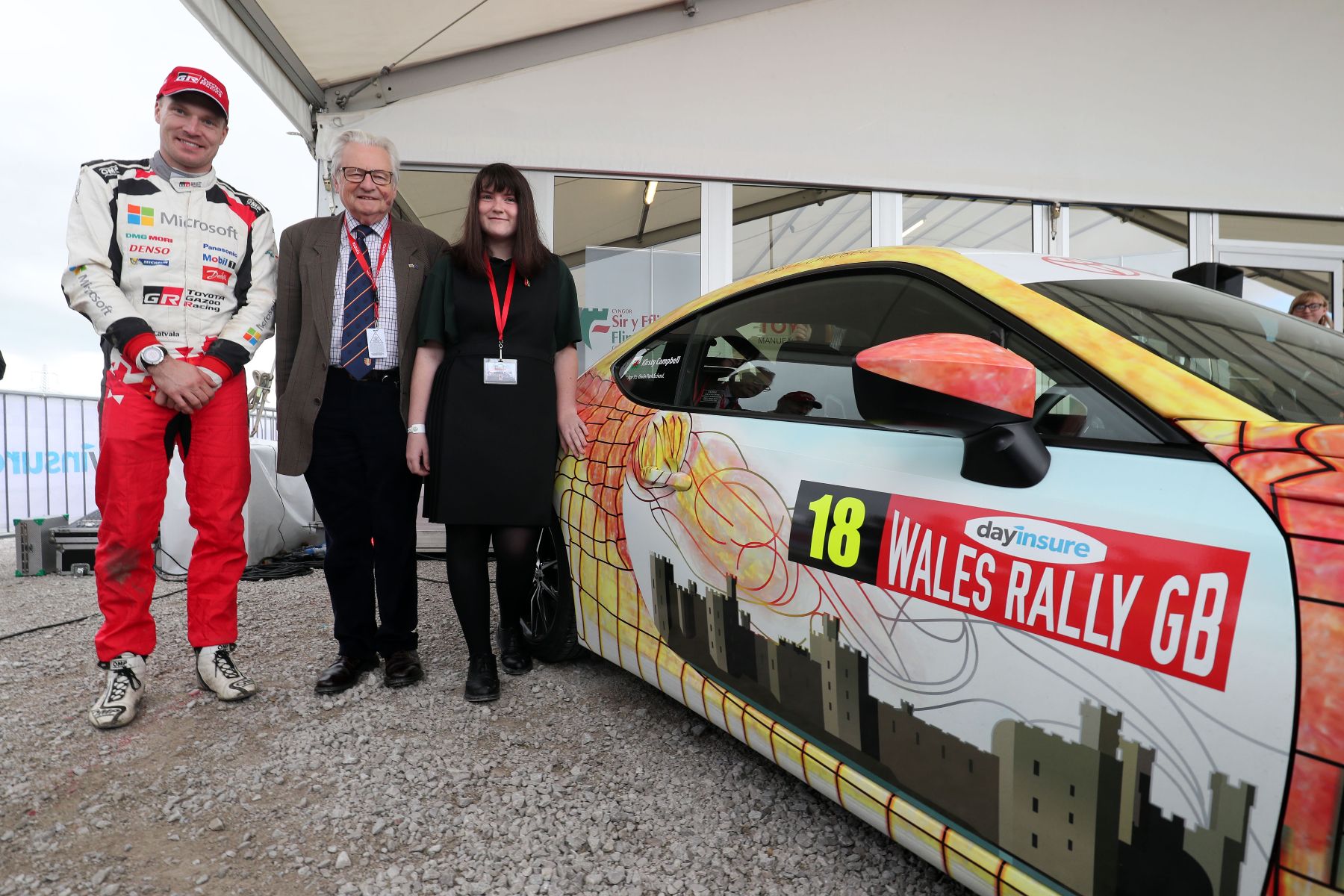 “Congratulations to Kirsty!” said Latvala, two times a winner of the British round of the FIA World Rally Championship.

“It’s an amazing design and I love the attention to detail, from the castle to the Welsh dragon.”

“This is such a great initiative to inspire children to really indulge their abilities and follow their dreams – and the excitement on all the pupils’ faces as we took the wraps off the car showed just how much the activity has engaged them. I wish Kirsty all the best in her studies – I’m sure she has a bright future ahead of her.”