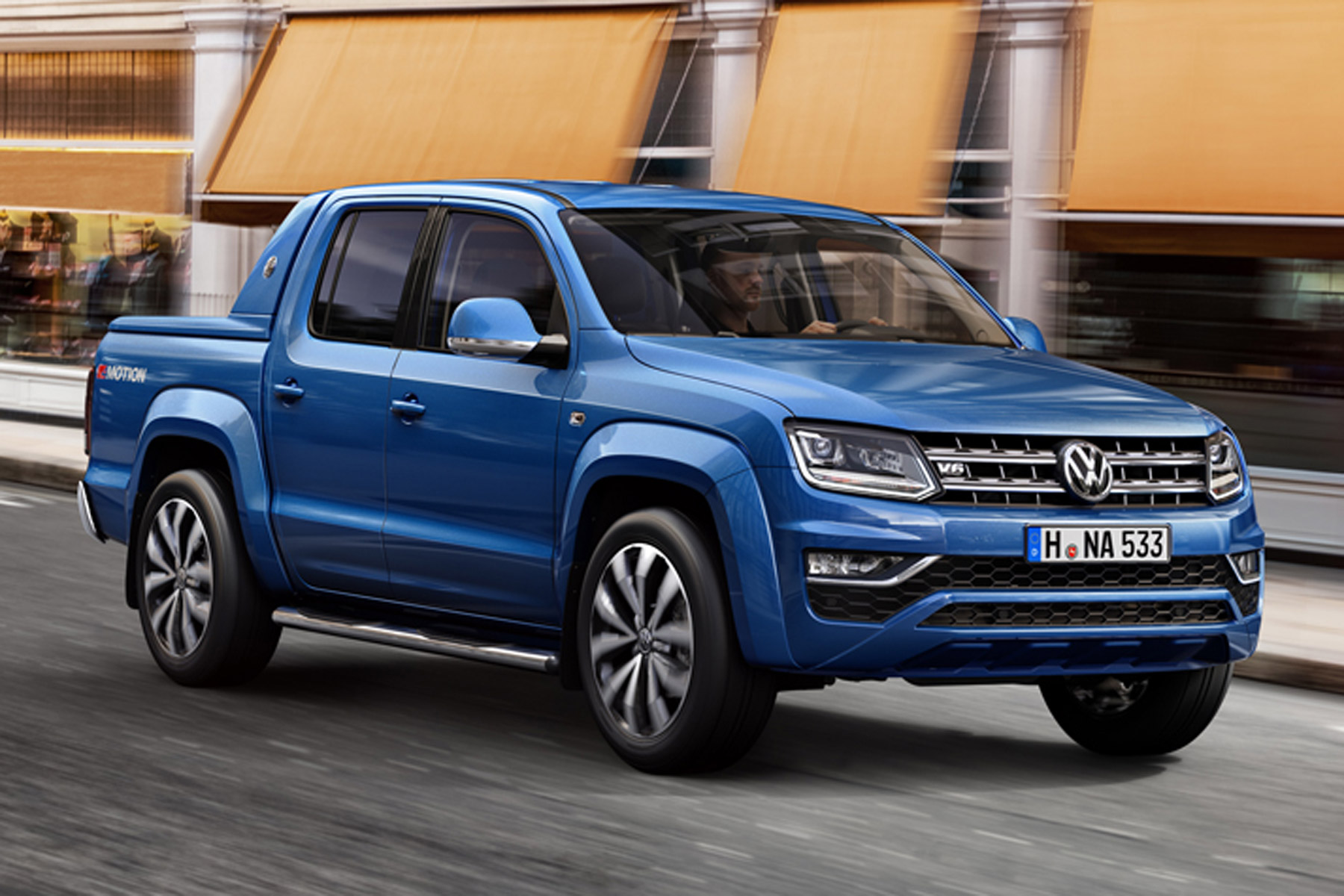 Volkswagen Commercial Vehicles has released these images of its ‘new’ Amarok pick-up truck, set to go on sale later in the year.

Normally we’d skip over something as drab as a facelifted pick-up – but our attention was caught by the Amarok’s performance figures.

Powered by a new 3.0-litre turbodiesel V6, the Amarok will hit 62mph in 7.9 seconds. That’s faster than the original Golf GTi.

Top speed is a not-as-headlineworthy 120mph, but its 406lb ft torque will appeal to anyone wanting to lug a caravan. Or a horsebox. Or the moon. 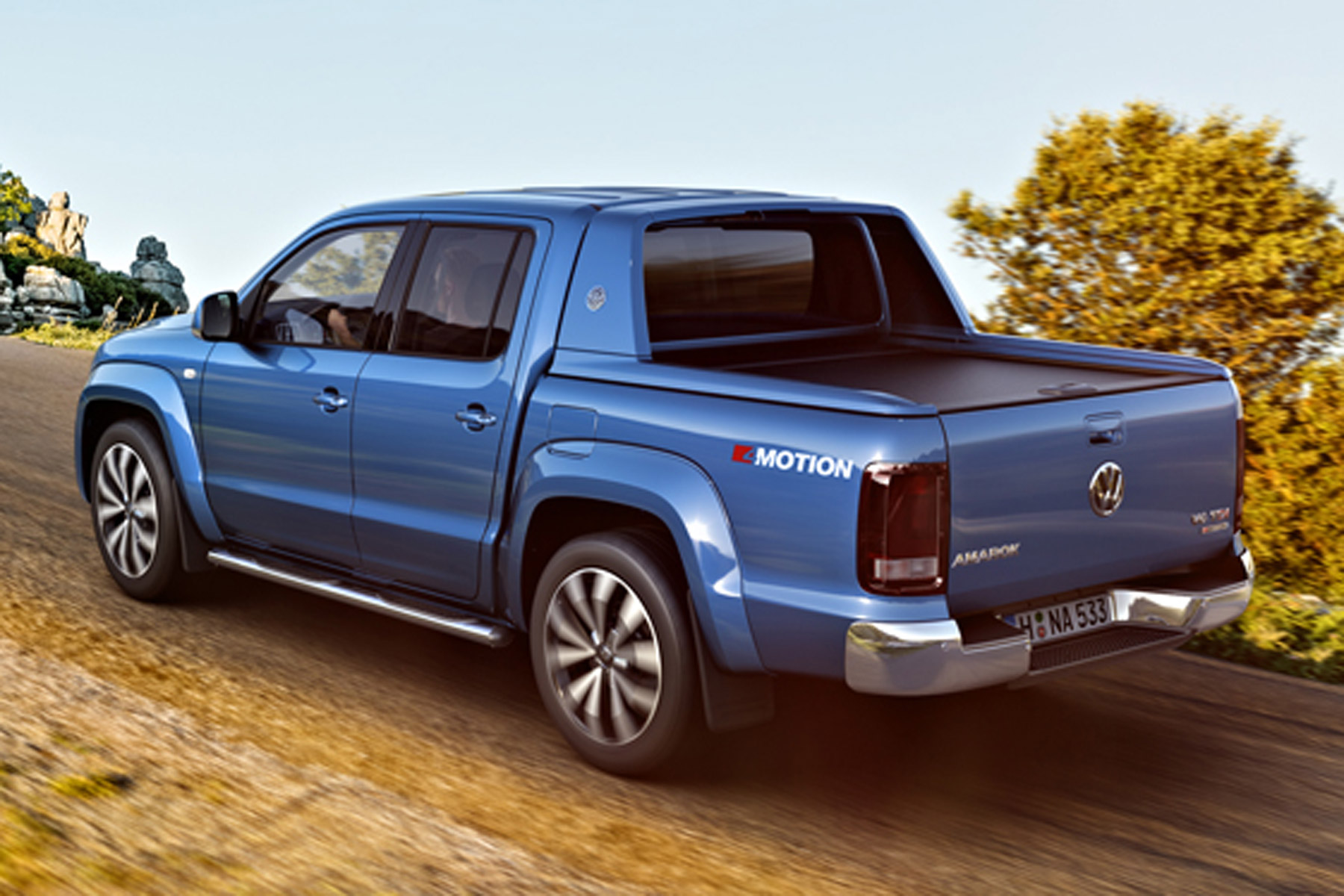 It’s also got a swish new instrument panel with an ‘emphasis on horizontal lines’… Let’s cut to the chase. If you’re in Germany, you can buy the fastest pick-up this side of the Atlantic for €46,525 – that’s around £35,000.

You’ll have to wait until the new model is launched in the UK later in the year for official prices, however – but expect a slight increase over the current range-topping £35,421.