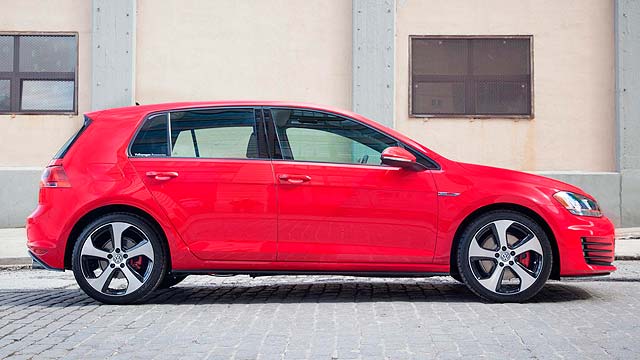 But before you start penning angry letters to Volkswagen UK, do note: US prices don’t include the VAT charge that Brits have to pay. Over here, this adds 20% to the sale price – before VAT, the price is £21,162.

The US price must also have local sales taxes added on: these are not included in the headline price because they can vary from state to state.

US Golf GTIs will also be built at the firm’s Mexico plant in Puebla, which will further help lower costs over our German-built models.

Volkswagen will, of course, also point out that the two cars aren’t directly comparable. The US Golf GTI only packs 210hp in base S GTI guise, for example: the 220hp that’s standard here comes as part of the Performance Package, which costs an extra $1,495, or £890.

Given that the Performance Pack here in the UK only costs £995, maybe the price difference between the two cars isn’t as hefty as it sounds.

Even so, we’ve asked Volkswagen UK for feedback and will report back to you soon.