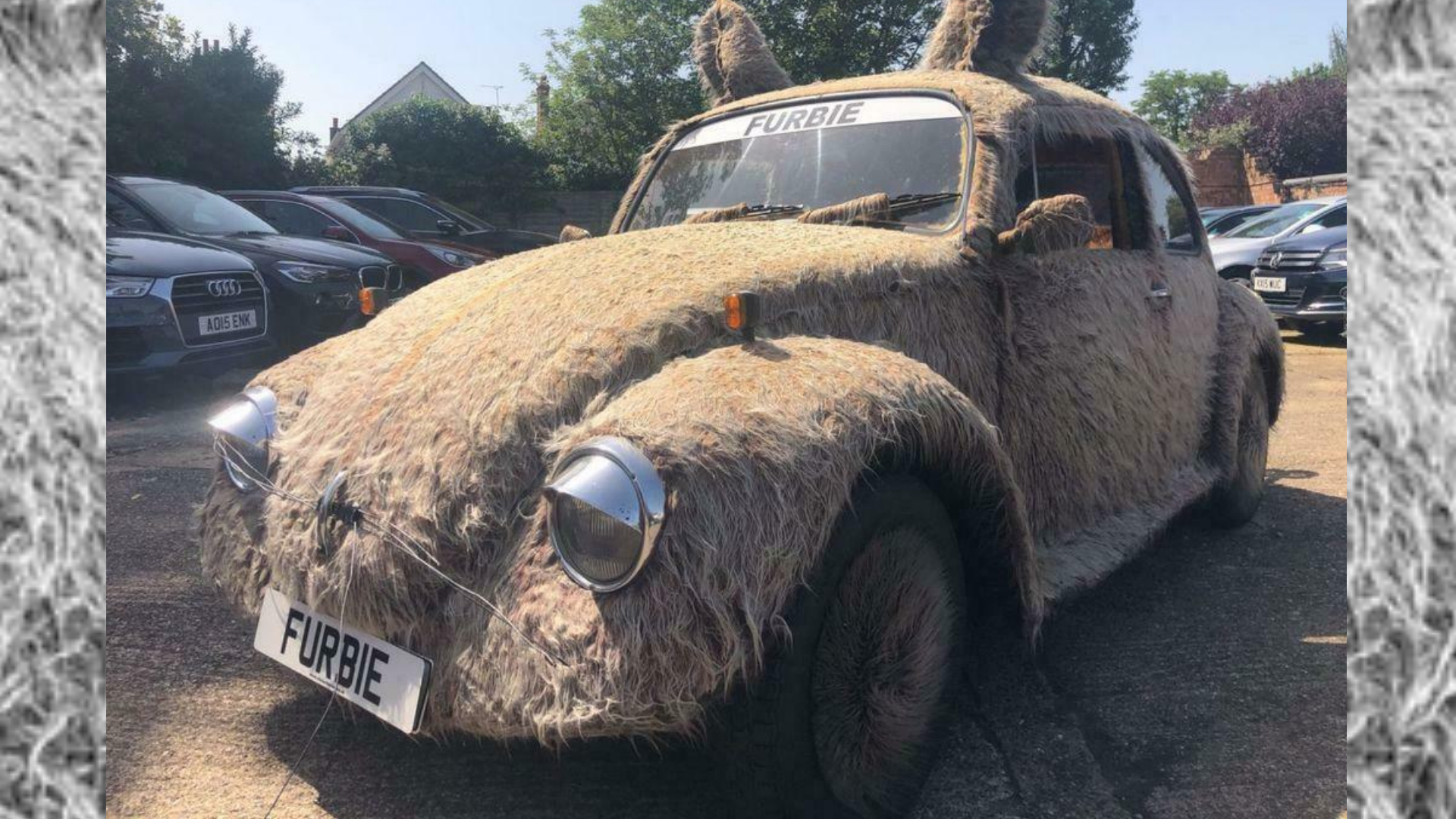 If your dream car is a classic Volkswagen Beetle covered in fur, then today might be your lucky day. Have we got a treat for you?

Or maybe not. You see, it’s four months to the day since we first featured ‘Furbie’. It turns out there’s not a huge demand for a fluffy Beetle. Who’d have thought it?

It’s a tribute to the cuddly little critters that were a craze in the early 2000s. Of course, Furbie is a play on Herbie, another much more famous Volkswagen Beetle. 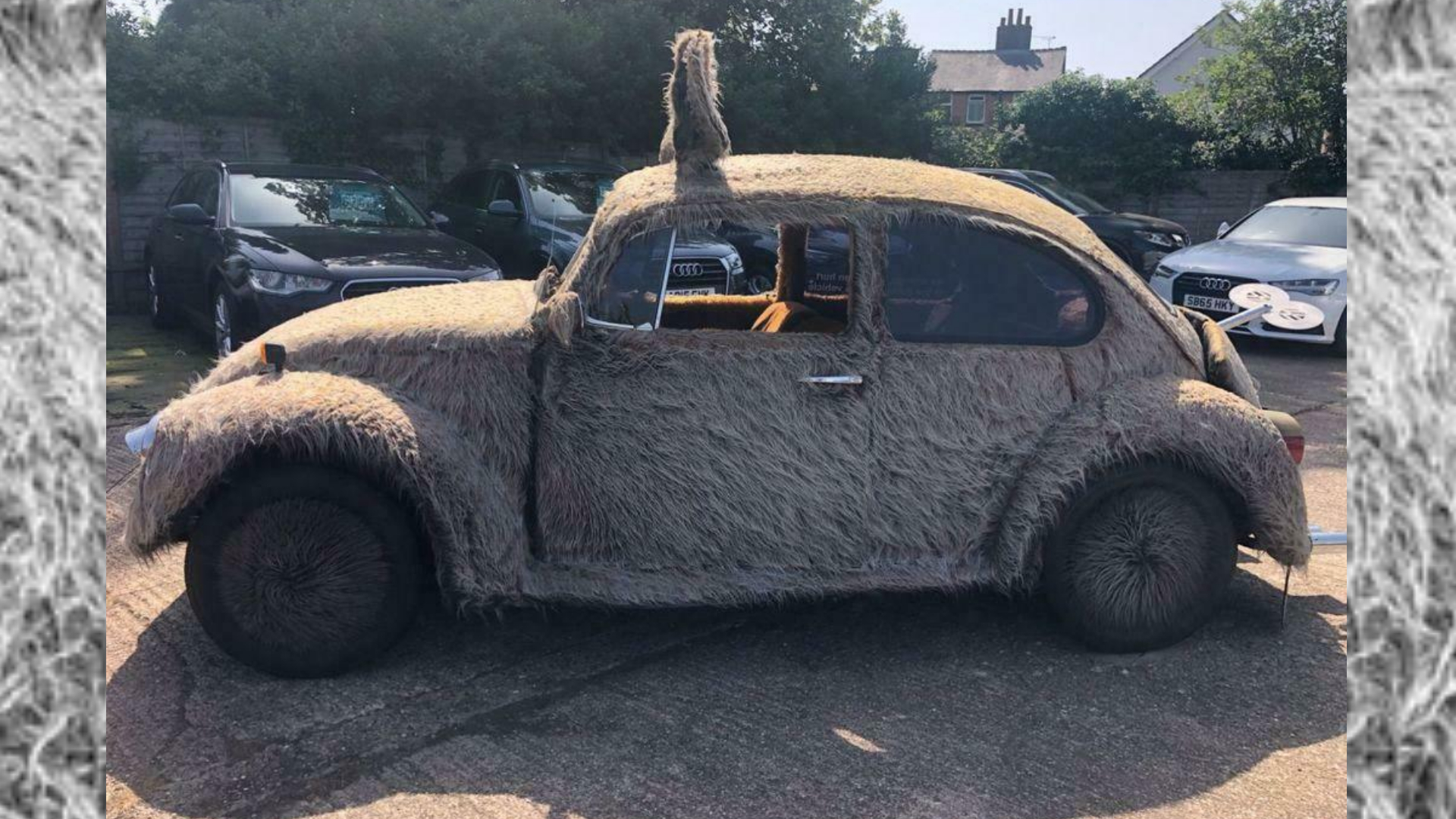 It’s actually impressive, just how much of the car is covered in fur. Happily, some real life cuddly critter isn’t going without warmth so this Beetle can be lavishly upholstered. There is a sign that reads ‘No animals were hurt in the making of this vehicle’.

It’s unknown whether the ears are aerodynamic aids to give the Beetle downforce. If you look closely you’ll note whiskers up front, and at the back, massive quad exhausts that look to be stolen from a Ferrari 250 Short Wheel Base.

Oh, and a large clockwork key. 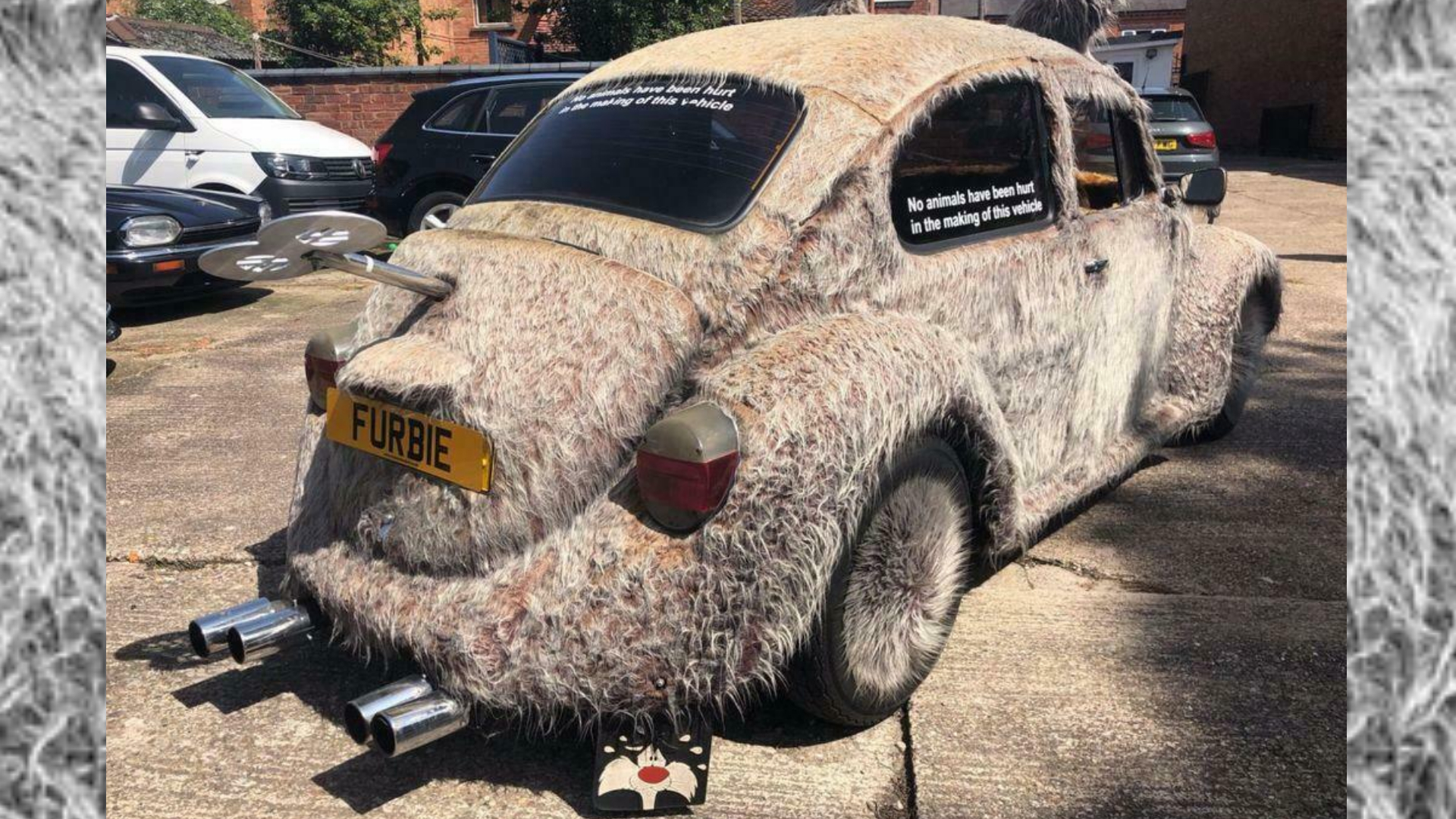 The current owner says that it’s “guaranteed to put a smile on everyones’ face”. They also say Furbie is “a real head-turner” – no arguments here – that “gets attention wherever she goes” – so it’s a girl?

If you hadn’t twigged, we’re not sure about this Beetle, to say the least. It is low miles, though, and as the owner points out, it’s a ‘historic’ vehicle, so is road tax exempt. Every cloud, and all that.

Happily, it won’t cost you the earth. One of the weirdest custom cars we’ve ever seen is available for £4,700. That’s £200 less than it cost in December 2019. Interestingly, that’s around what you could expect to fetch if you have an original good-condition Furbie toy to sell. What a world.

Auto Trader’s Rory Reid said: “Furbies were a classic 90s toy, which took up everyone’s time with feeding, burping, playing and generally making sure they didn’t turn into little monsters. Thankfully with this driveable replica, you get all the good stuff without the hassle, and will no doubt prove very popular driving around your local area with this head turner!

“Whilst the car can’t be bought during the lockdown, you can still get in touch with the seller via email or phone to find out more about this pimped up Beetle in the meantime.”

You can view the for sale advert here