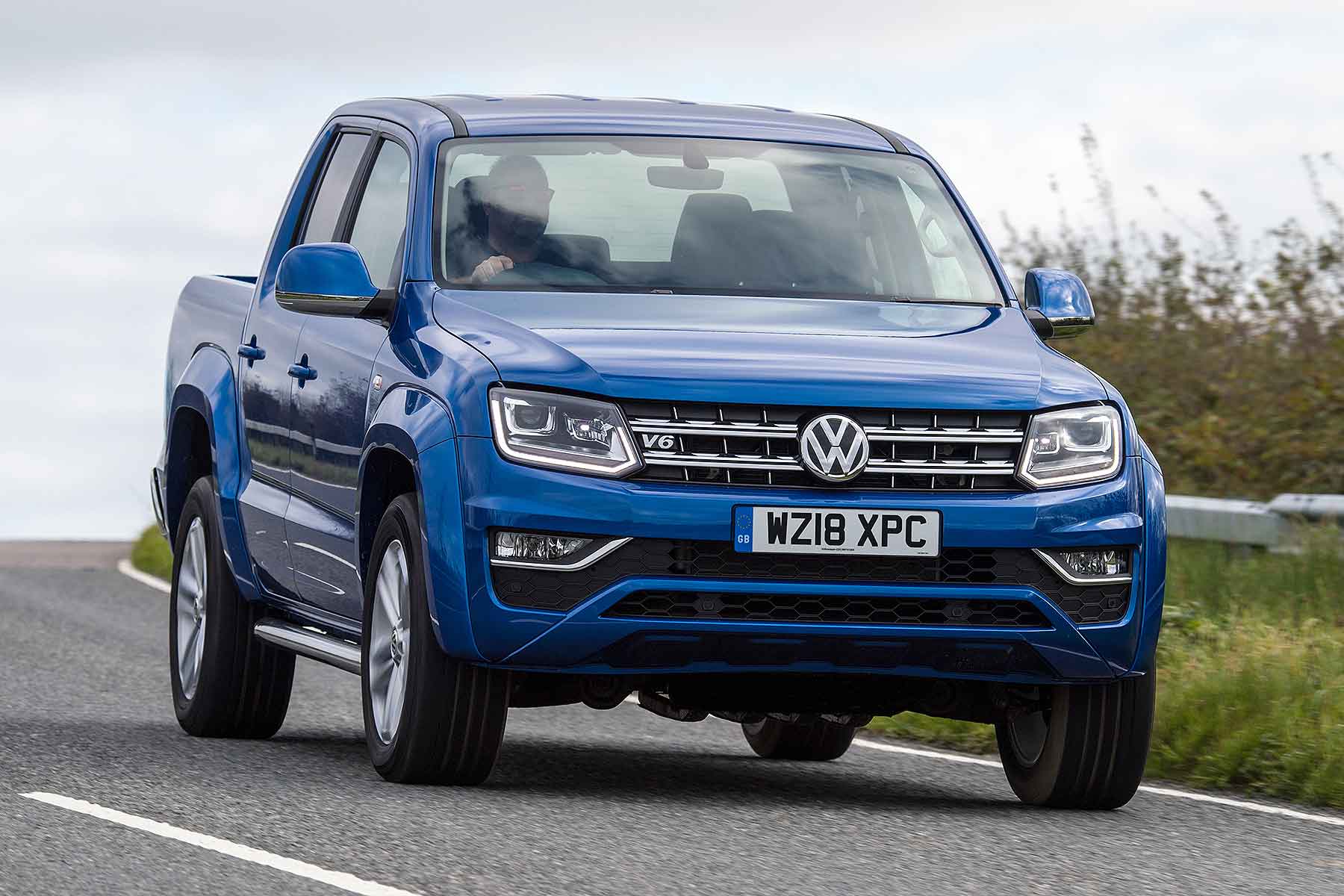 The Volkswagen Amarok is the only double cab pick-up in the UK to only offer a creamy, powerful V6 turbodiesel engine. Ka-pow, rattly four-cylinder rivals!

Now, it’s a double knockout, because Volkswagen has decided to up the power of the range-topping 3.0-litre V6, and not by a measly few horsepower, either. It’s taken the 224hp motor up to a punchy 258hp – and thanks to an overboost function, there’s an even more impressive 272hp available for overtaking.

Pulling power is up too, from 405lb ft to 427lb ft, which is available between 1,400-3,000rpm. Peak power is also spread between a large 3,250-4,000rpm range. Add in permanent 4Motion all-wheel drive and a standard eight-speed automatic, for a pick-up with the powertrain of a posh executive saloon.

A reasonably fast one at that: the 0-62mph time has dropped by a full half-second, down to 7.4 seconds. You’ll see off most stuff at the lights with ease, particularly if it’s unladen…

The potent engine is offered in top-spec Highline trim only, so has the equipment haul of an executive car. It is fitted with 18-inch alloys, bi-xenon headlights, Vienna leather, all-round parking sensors, climate control and a touchscreen infotainment system with App-Connect.

Then again, it’s priced not unlike a large executive car: from £34,325, excluding VAT and on-the-road charges. Which is why some will be pleased the power hasn’t gone entirely to Volkswagen’s head, and it’s keeping the standard 163hp and 204hp V6 TDI options too; the entry-level Trendline 163 is priced from £24,510.

Ordering is open now at Volkswagen van centres, with first deliveries due in September.