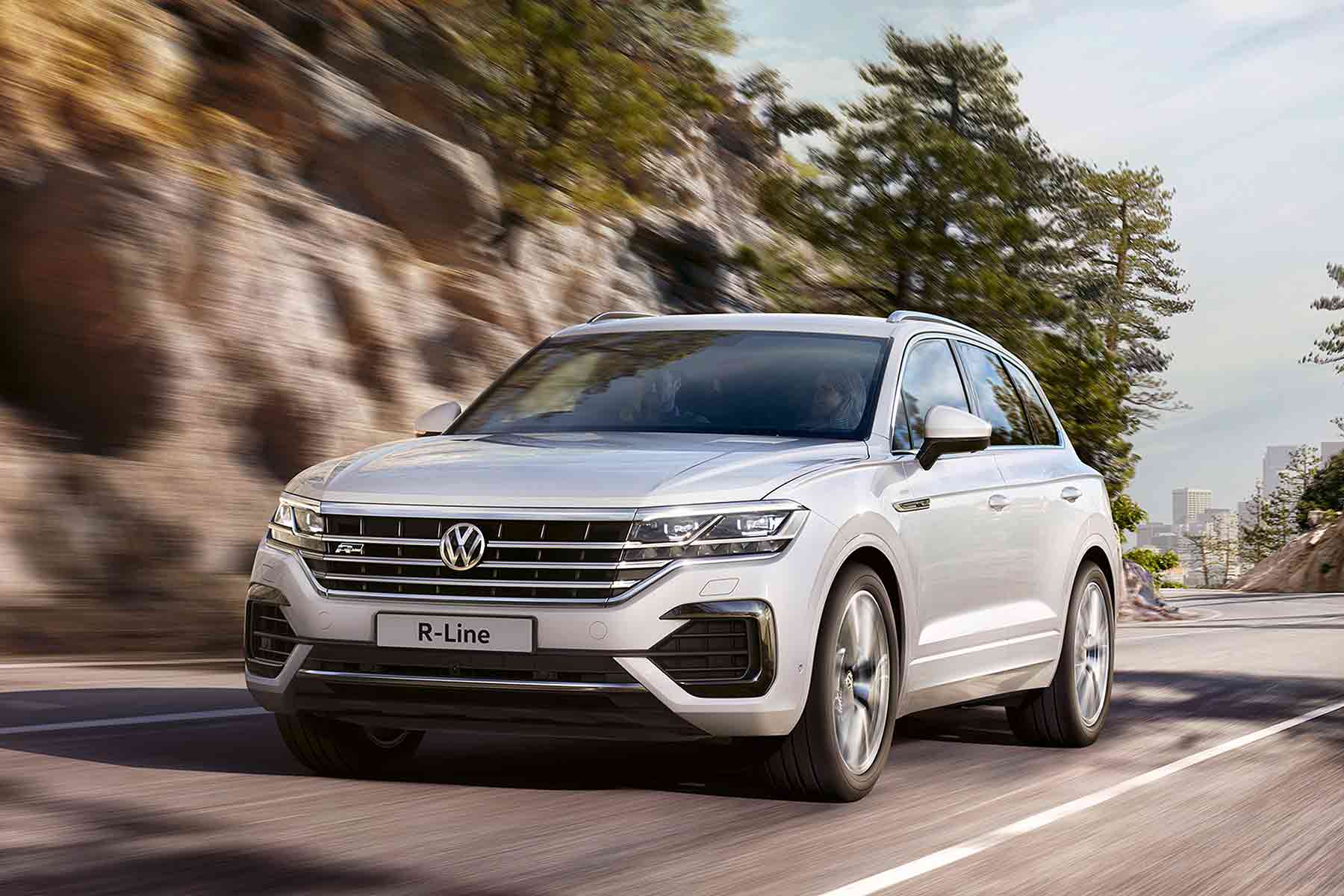 Ordering has opened for the new Volkswagen Touareg, with prices starting from £51,595 – or from £499 a month for those buying on a PCP. 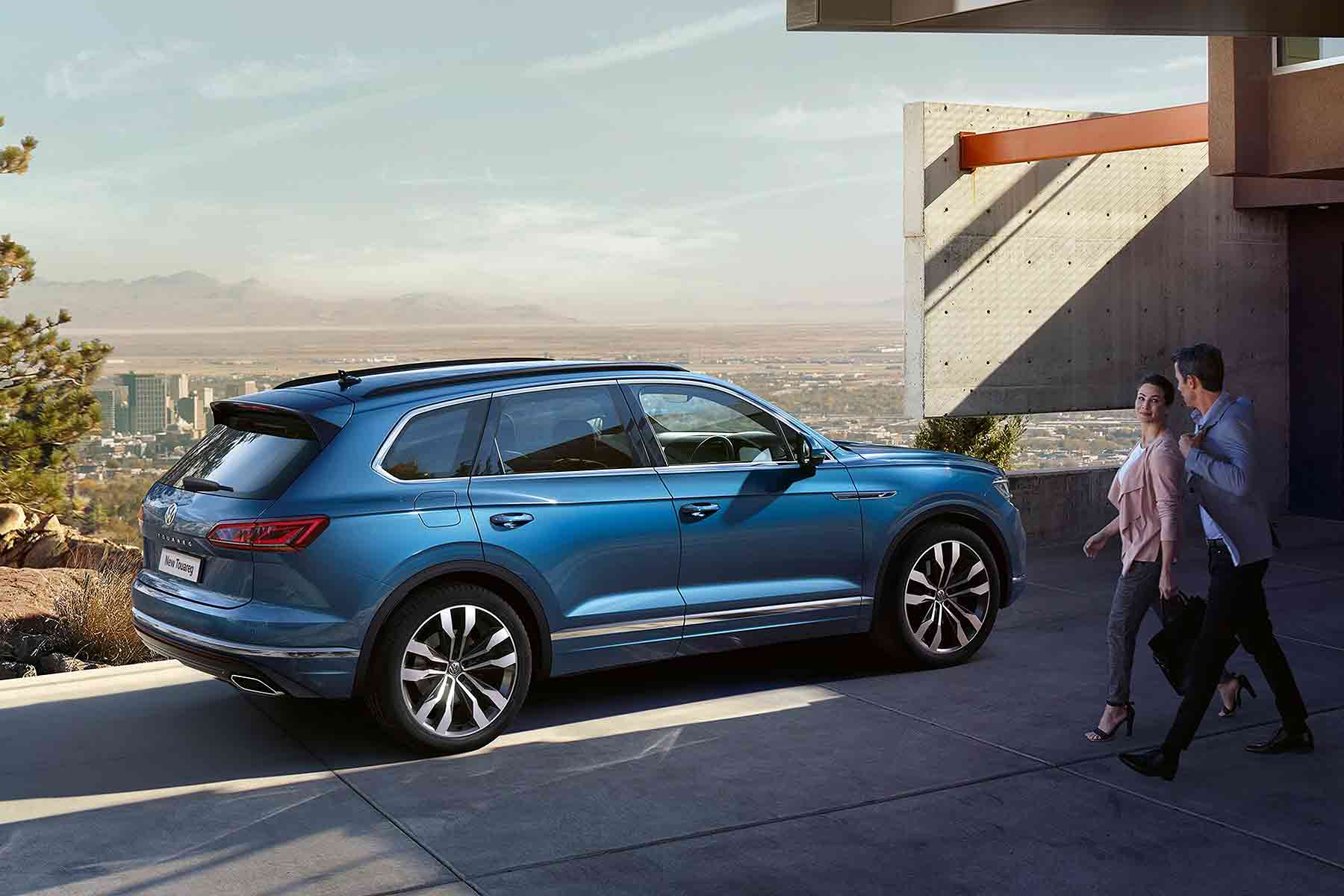 A 231hp version of the engine follows from the autumn, with a lower, likely-sub-£50k price tag (and possibly an even cheaper PCP deal). A pricier 340hp turbo V6 petrol is due in early 2019. Volkswagen is also planning a plug-in hybrid version. 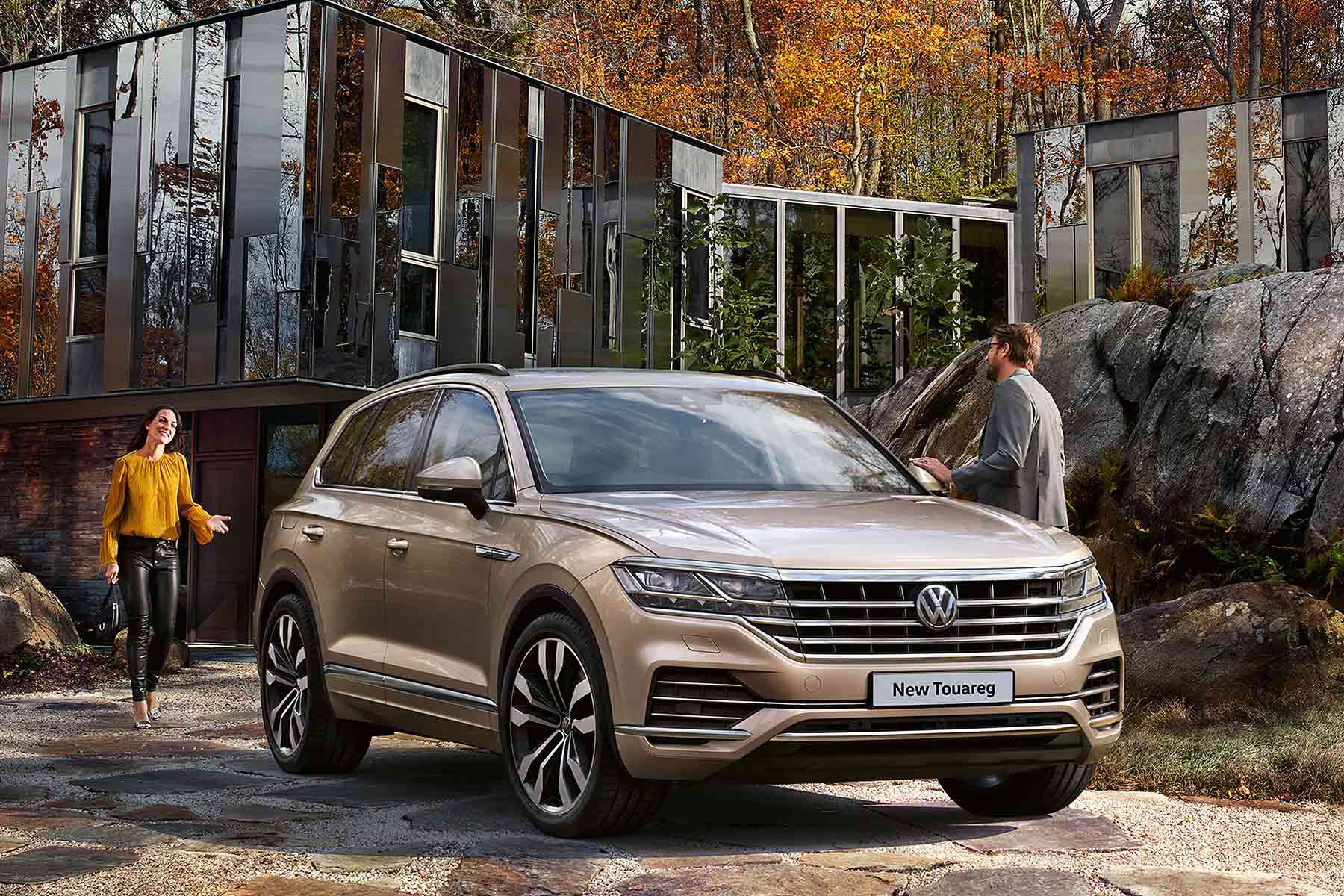 “Our suite of new models, headed by Touareg, arrives on the market as SUV sales continue to accelerate in the UK and I’m confident our new flagship model will make a big impact here.”

Volkswagen is particularly proud of the Touareg’s new Innovision Cockpit option. This combines the 12-inch Active Info Display instrument cluster with the 15-inch TFT touchscreen Discover Premium infotainment system. “Never before has a Volkswagen interior… been digitalised and extensively linked to the vehicle functions and outside world to such an extent”. It’s new-era stuff, insists the firm.

There’s a load more tech beneath the surface too, including active all-wheel steering, active roll stabilisation and partially-automated driving in roadworks.

You certainly get a lot of metal for your money. At 4,878mm, it’s 77mm longer than before, and 44mm wider, although it’s 7mm lower to the ground. Inside, the five-seat Touareg has a stupendous 810-litre boot, which stretches to 1,800 litres with the seats down. No wonder even the basic model weighs more than two tonnes…