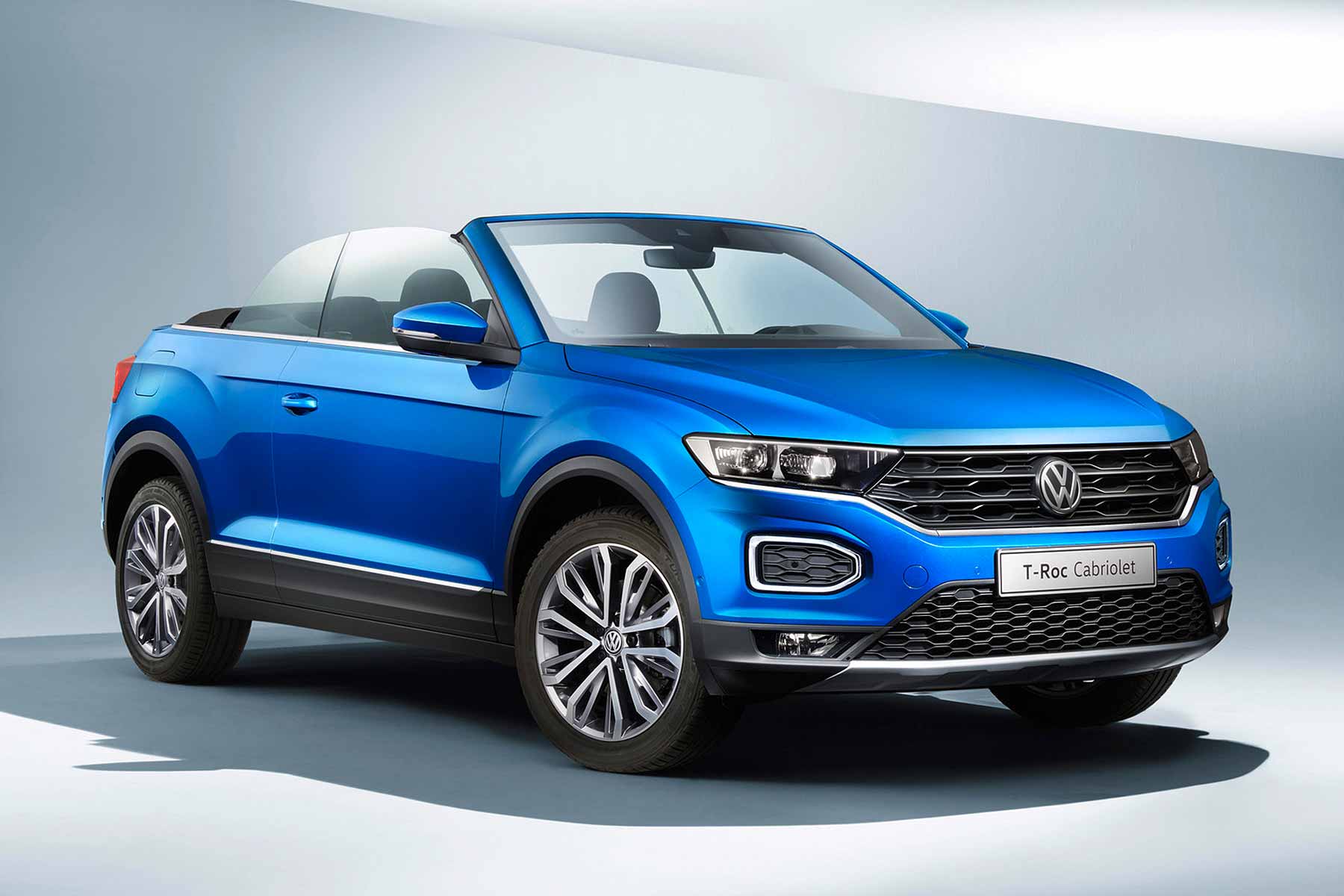 Volkswagen has unveiled a chop-top version of its sleek compact SUV, the T-Roc. Say hello and open up, to the VW T-Roc Cabriolet.

It follows in the footsteps of past fashionable ragtops from VW, including the Beetle and the Golf. 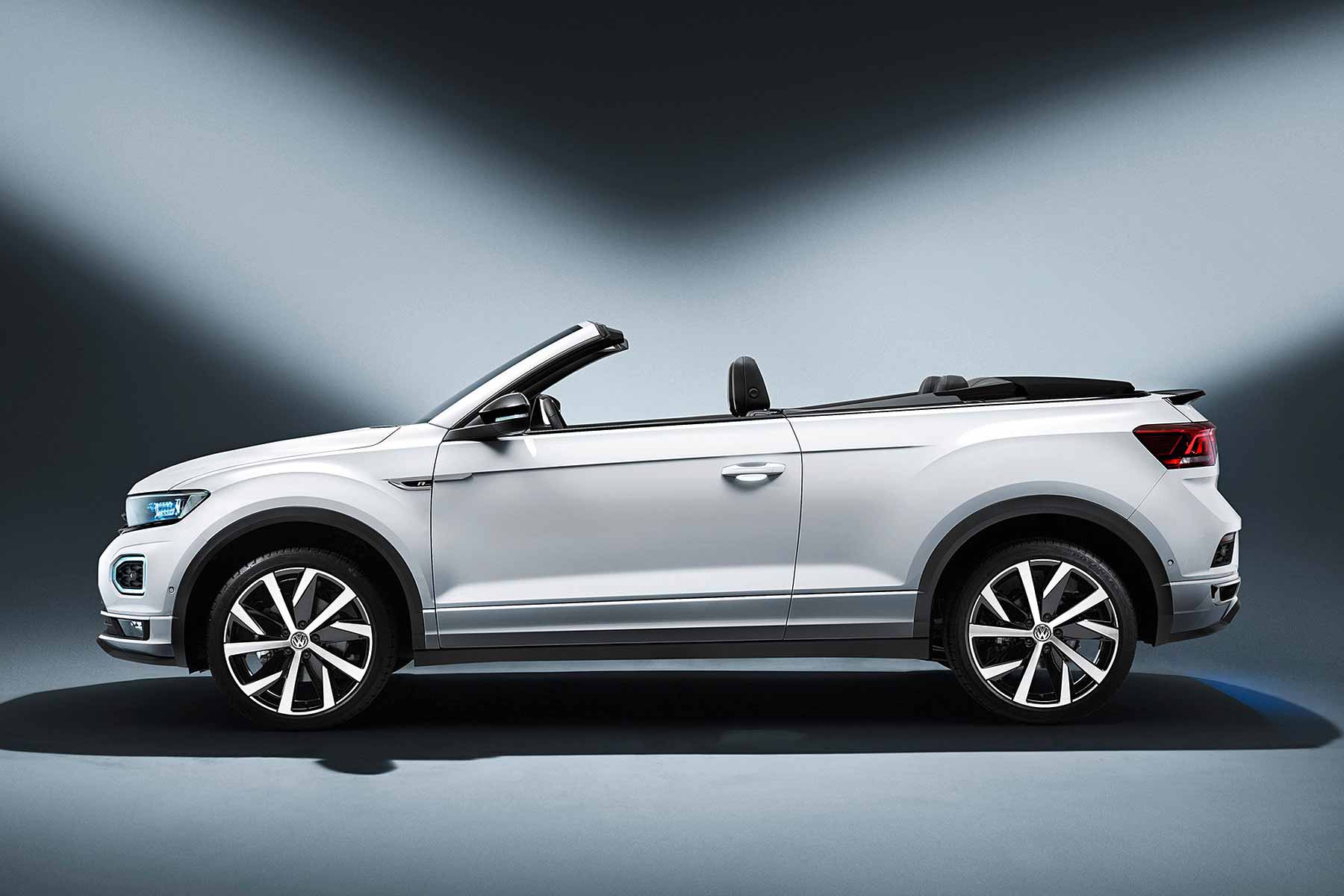 True to the end of succeeding those classic open-top Volkswagens, the T-Roc uses a fabric roof. This is a 2020 car, though, so it’ll go from topped to dropped in nine seconds, automatically, at speeds of up to 18 mph.

The addition of a cabriolet is a massive nod to how lifestyle is increasingly encroaching into the appeal of these practical, family-focused cars.

Reinforcing that from the inside is the fact that the new MIB3 infotainment system is ‘always online’. Just like its intended occupants. 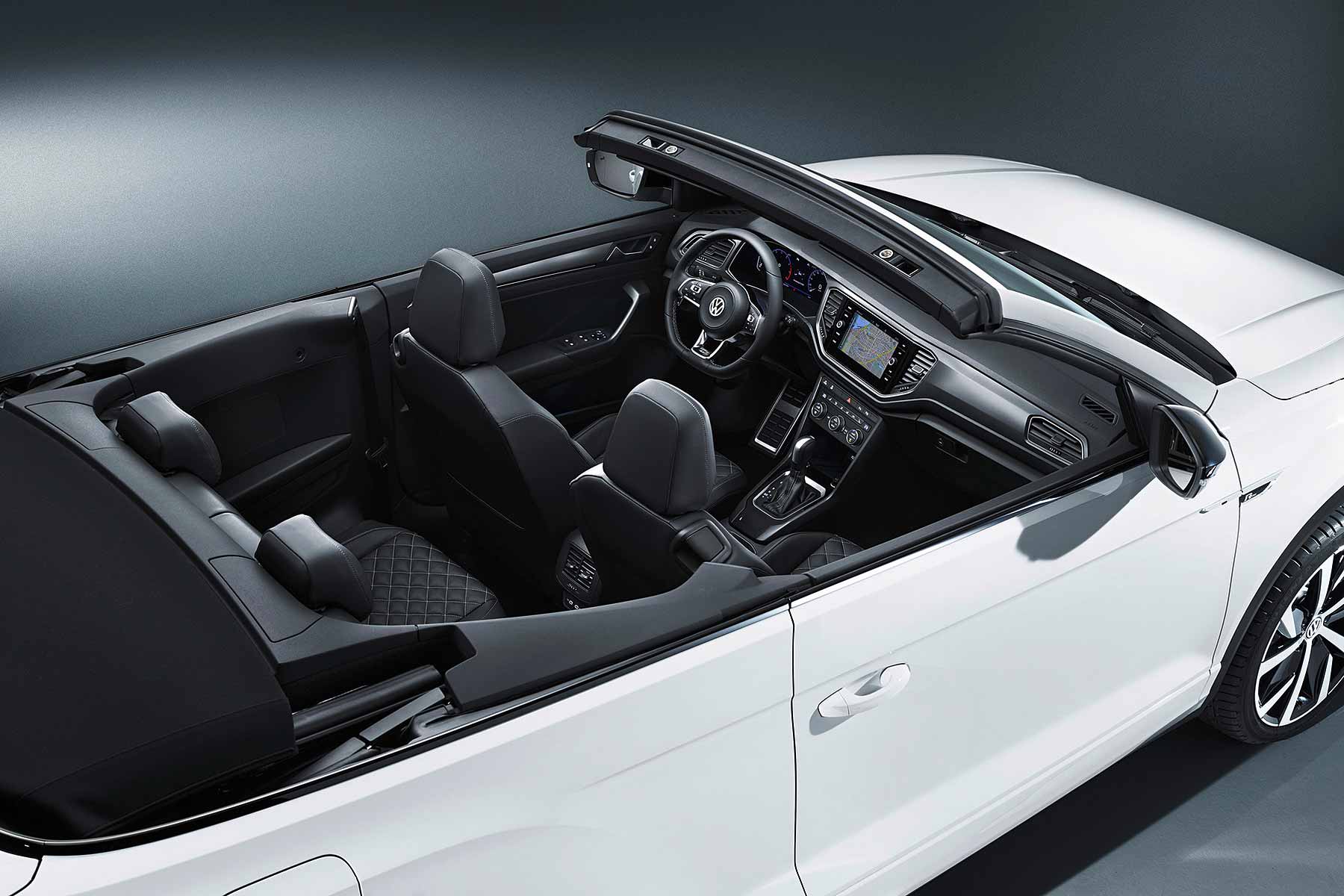 Even though it’s an open-top, safety is paramount. Rollover protection extends from behind the rear seats, should it be needed. A reinforced windscreen frame and other structural enhancements make the T-Roc cabriolet contemporary in its safety standards.

You can have the cabriolet in sporty ‘R-Line’ specification, or the more individual ‘Style’ specification. The former does what it says on the tin – aggressive bumpers and big wheels lend it aggression. ‘Style’ is a bit more fun and customisable. 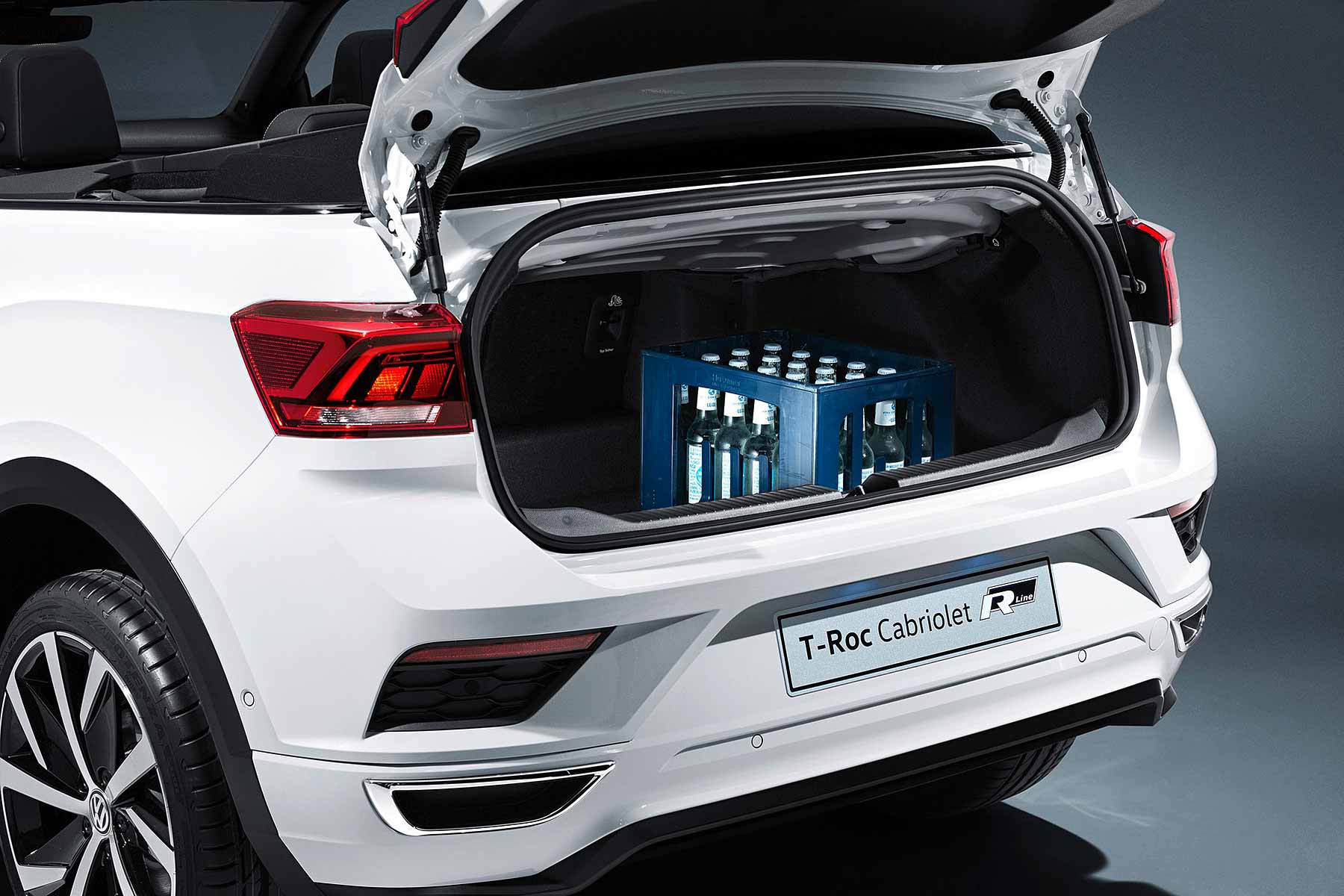 The 1.0-litre three-cylinder and 1.5-litre four-cylinder TSI petrol engines carry over from the T-Roc, with a six-speed manual out of the box. A seven-speed dual-clutch is optional.

Can it buck the terrible SUV cabriolet trend? 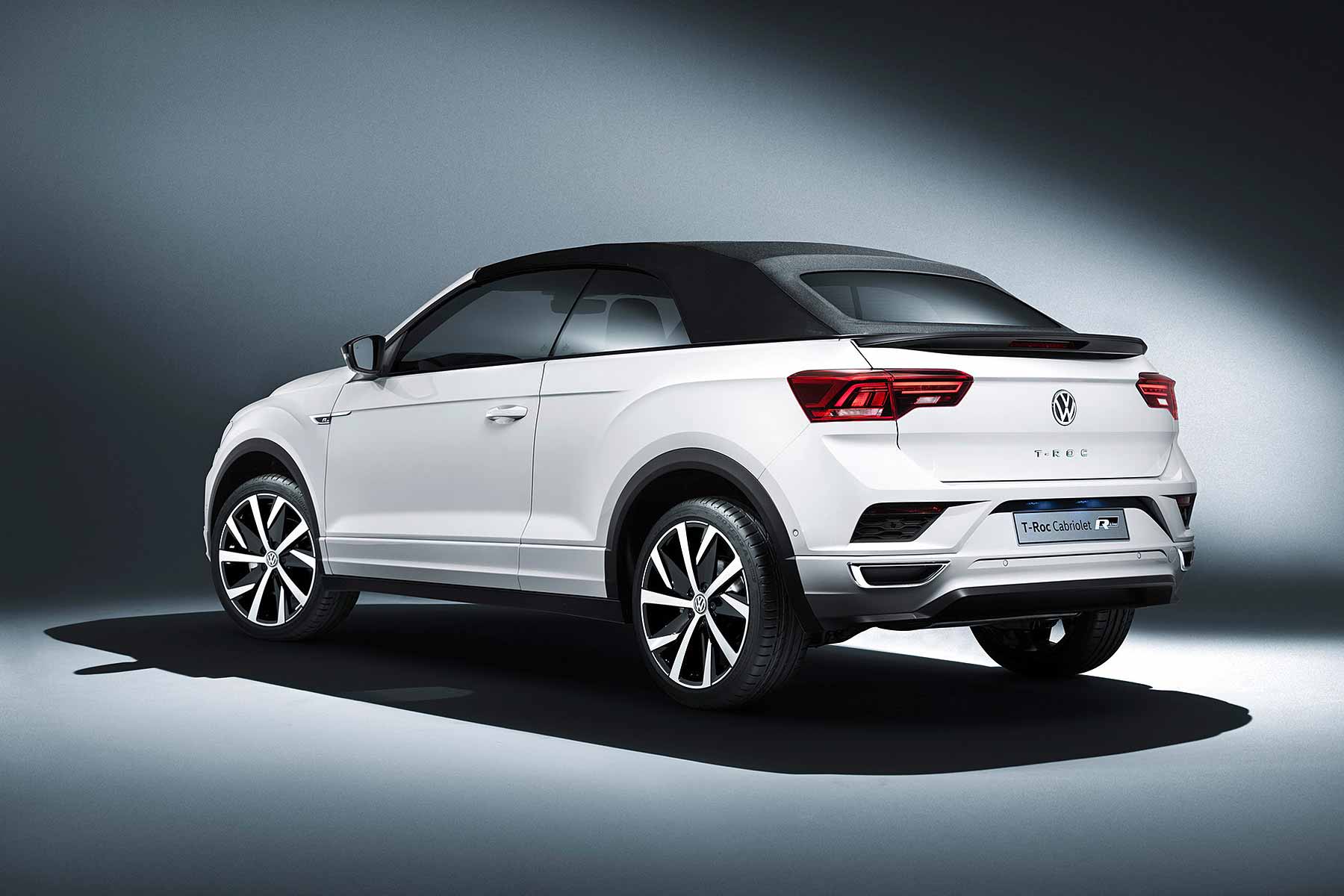 Cabriolet SUVs don’t have a great track record, but Volkswagen has bucked reservations and pushed the T-Roc drop-top through.

Previously, Land Rover tried it with the Range Rover Evoque, Nissan in the USA with the Murano, and Porsche even dabbled with the idea of a soft-top Cayenne.

The latter never made it to reality, and neither of the other two were successes. Given the T-Roc is playing off the same ‘lifestyle’ beats, whether it can break away, or whether VW is even expecting it to, is up for debate.

The T-Roc Cabriolet will have its debut at the Frankfurt Motor Show next month, before its market launch in the first quarter of 2020.