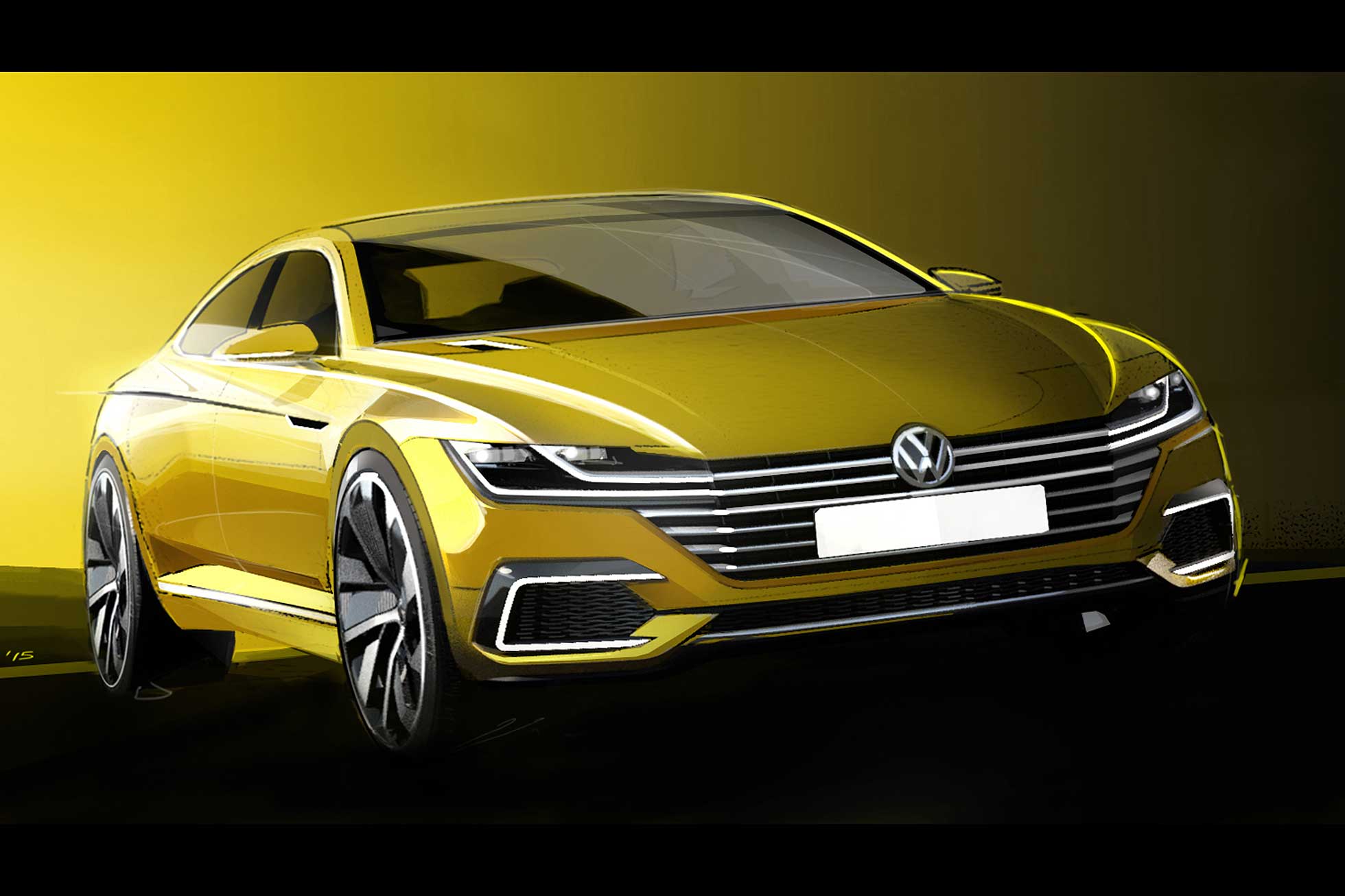 Volkswagen has released these official design sketches of the Sport Coupe Concept GTE ahead of its official debut at next month’s 2015 Geneva Motor Show.

The company says it hints at a “new, progressive design language,” but in reality it’s likely to preview the new Volkswagen CC expected to go on sale later this year.

It’s powered by a novel all-wheel drive plug-in hybrid drive system, with a TSI petrol engine plus two electric motors, but the tech isn’t the story here. It seems the styling is. 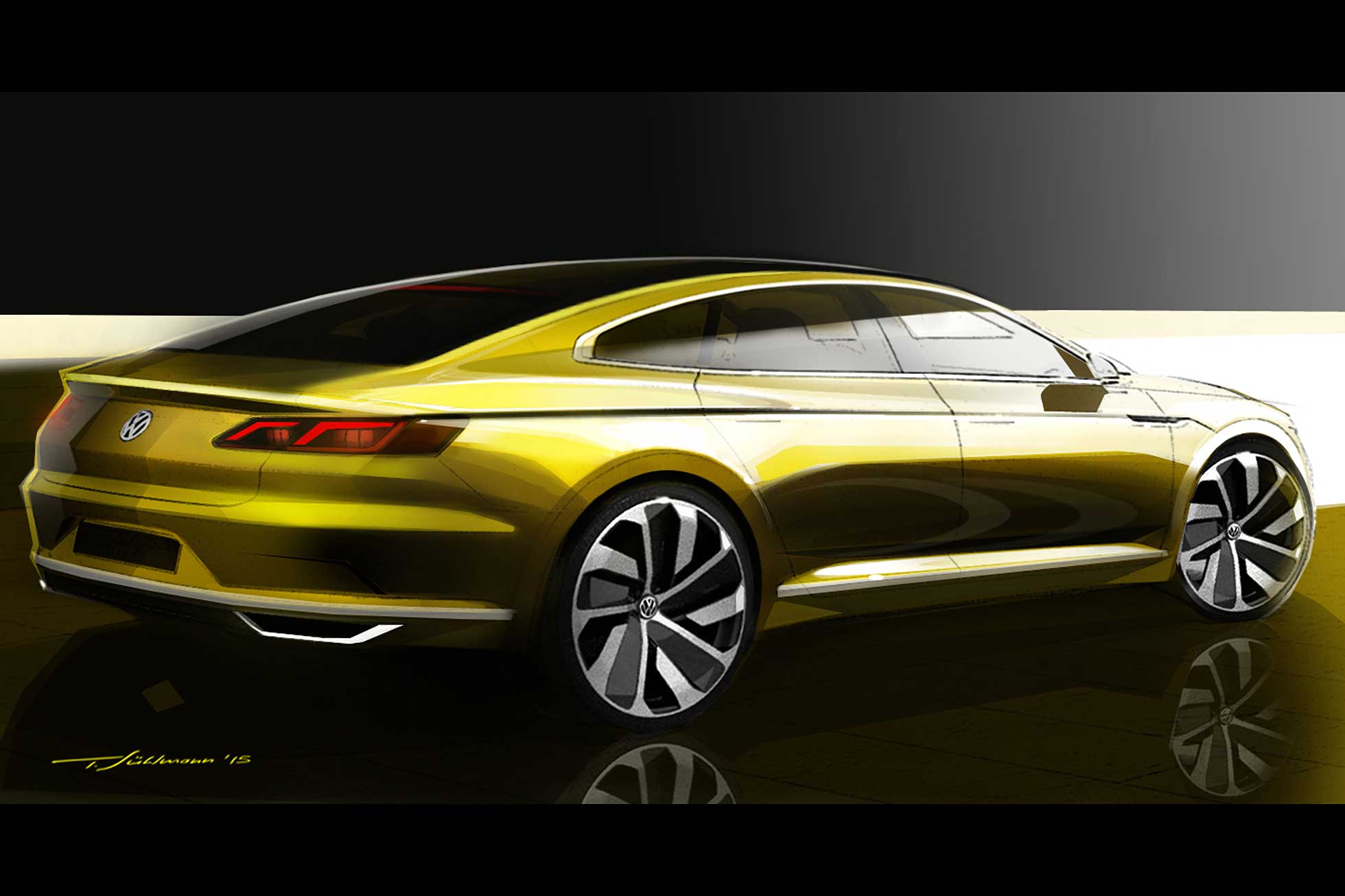 Boldly, VW board member for development Dr Heinz-Jakob Neußer, described it as a “breathtakingly dynamic coupe unlike any other to appear in this class.

“In the style of the Sport Coupe Concept GTE… we see an impressive alternative to the classic saloons of the B and C segments.”

Head of design Klaus Bischoff is equally effusive, calling his creation “another milestone of expressive design. Unmistakably reinvented, from the first to the last stroke. A stylistic compass.

“In this concept car, Volkswagen is not only presenting the new design of a new model, but also initial glimpses of a new design era.”