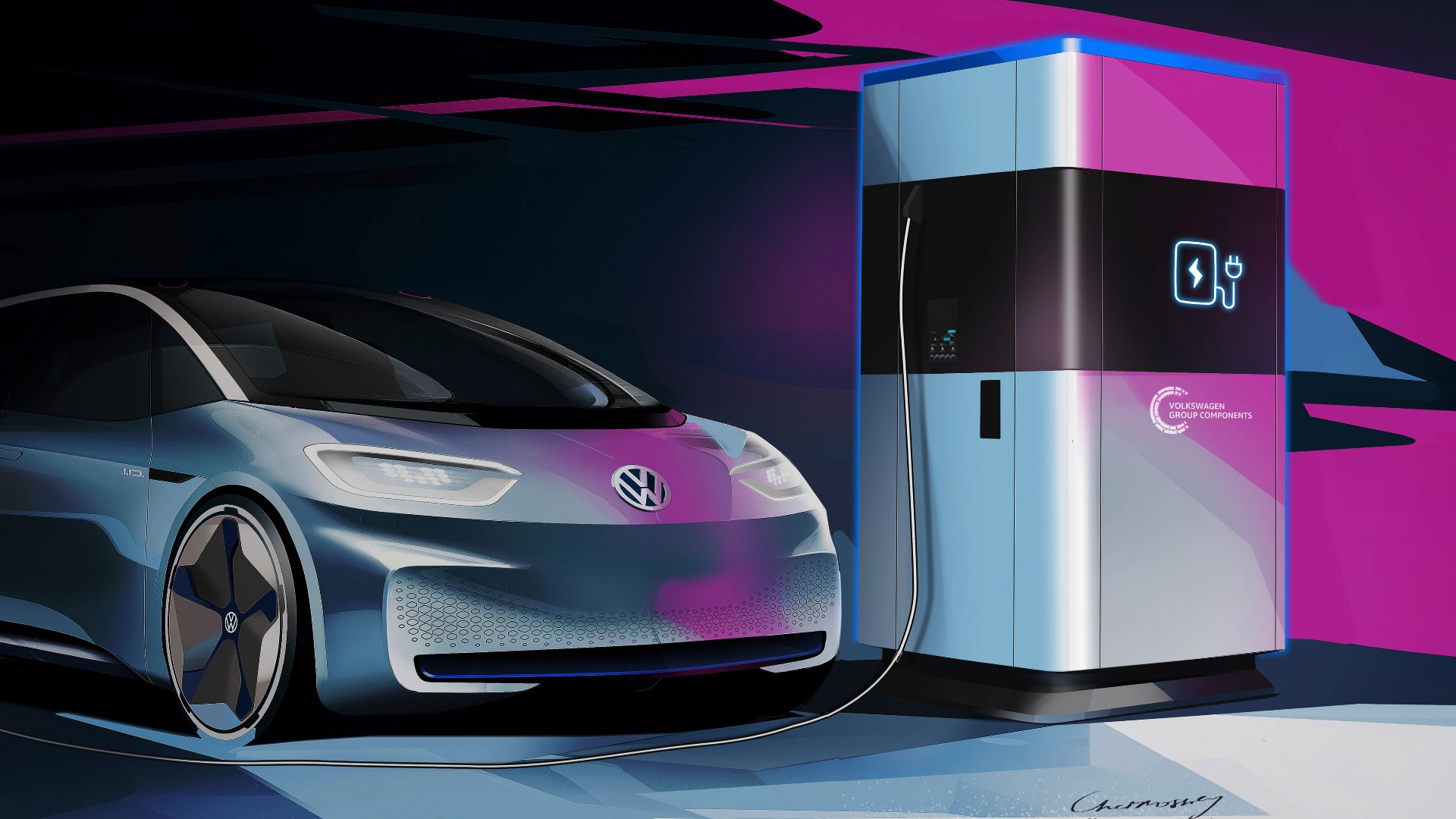 VW has opened 2019 with a preview of its new mobile charging solution. It’s another example of how car makers are innovating to solve the challenge of how to eliminate electric car range anxiety for good.

In simple terms, it’s a middle ground between having an extra onboard battery and being restricted to hard-wired charge points. Volkswagen’s compromise is essentially a power pack that can be set up almost anywhere.

VW describes it as a ‘flexible charging station’ that can be set up ‘independent of the power supply wherever it is needed’. Think along the lines of a mobile version of Tesla’s power wall – banks of batteries that Volkswagen can deploy wherever it sees fit.

It’s not a be-all solution to what many see as an under-prepared infrastructure. Rather, says VW, a temporary solution that allows electric cars, such as the upcoming ID. range of VW EVs, to charge wherever a charge is needed. Volkswagen cites pop-up events, parking lots and business premises as examples. A service can be deployed and provided quickly and easily, without the fundamental long-term structural changes needed for a permanent charge point.

What’s it made up of? 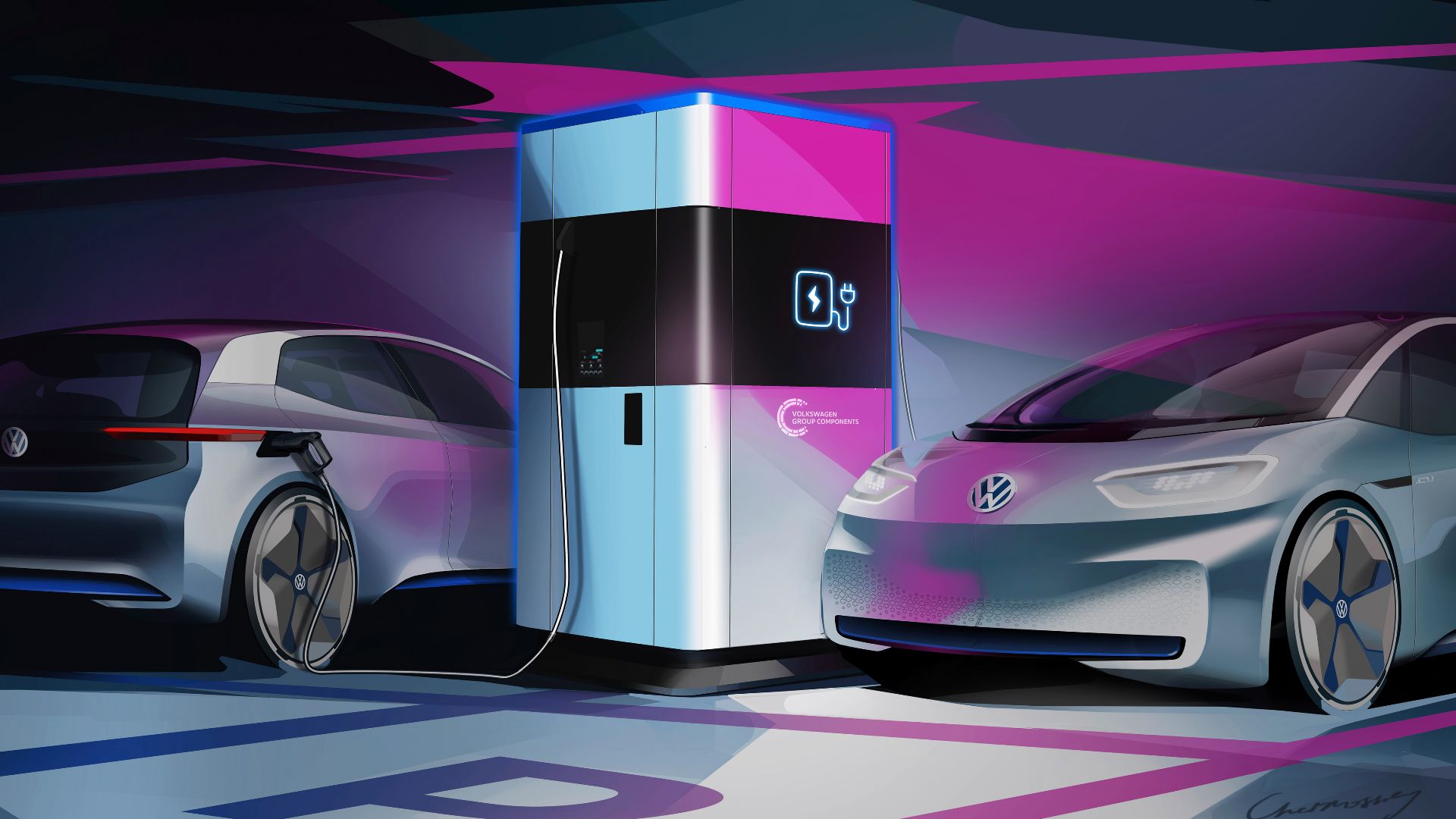 The MEB (VW Modular Electric Toolkit) battery pack that forms ‘the energetic core of the charging station’ can store up to 360kWh of power and can charge up to 15 cars at once. The MEB is also used in Volkswagen electric cars. Batteries that need exchanging in cars can potentially be re-used in columns in future.

As you’d expect, it’s fully quick-charge capable. Up to 28kWh can be delivered in as little as 17 minutes – that’s 80 percent of the charge capacity of the current e-Golf. The power pack can be plugged in so that it doesn’t run down. If it is sat independent of mains power, the stations that get to less than 20 percent are to be exchanged for a charged one.

A temporary approach doesn’t mean you’ll be hard pressed to find one, however. You’ll be able to use apps to find your nearest VW charging station.

Other advantages of the charging stations? They’re capable of connecting directly to renewable sources of energy. Generating wind or solar power? You can store it in a Volkswagen mobile charge point. Say goodbye to dirty coal-made electricity and hello to genuinely carbon-neutral electric automotive power, potentially…

When can we expect to see them?

VW has no intention of slacking on this. The first mobile quick charging stations are to be deployed locally in Germany in the first half of this year as a pilot, before expanding to other locations in 2020.

Thomas Schmalz, Chairman of the Board of management of Volkswagen Group Components, highlights the long-term usefulness of the project. As well as plugging gaps in the infrastructure today, suitable points for permanent charging locations can be mooted for tomorrow. 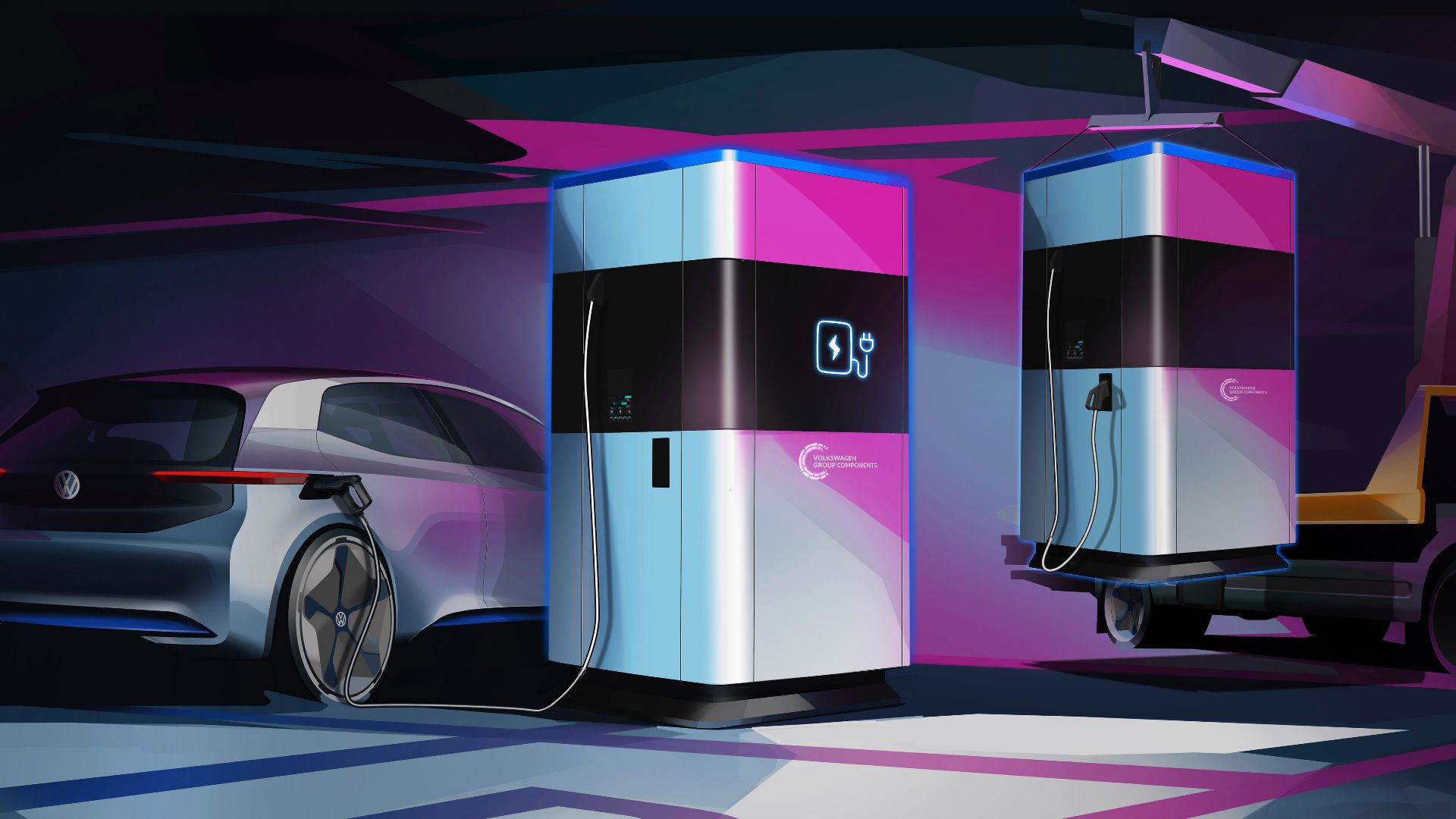 “Cities can, for example, find out the most suitable places for a permanent charging point before making major investments in developing the network.

“In addition, it will be possible to set up a large number of charging stations temporarily – exactly when and where they are needed”.

All in all, it sounds like a great temporary solution as well as a way to prepare for a more hard-wired electric car future.