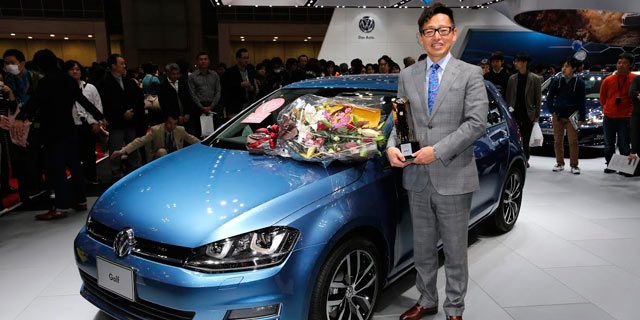 News of the excellence of Europe’s favourite family hatchback, the Volkswagen Golf, continues to spread.

We gave it a maximum five stars when we tested it for MSN Cars, and it’s gone on to win a number of awards, including European Car of the Year and World Car of the Year.

It would now seem that news has reached Japan – where the MK7 Golf has just won the Japanese Car of the Year award.

Astonishingly, it’s the first foreign car ever to win the award, in the 34 years it’s ran.

The Golf stormed ahead with 504 votes from the 60 jurors – comfortably in front of the second place Honda Fit (aka the Jazz), which managed 373 votes.

VW Japan president Shigeru Shoji said: “This is a very special award for us in so many ways. We achieved this in our 60th year since Volkswagen imports started into Japan.”

Now check out the MR Review of the VW Golf Bluemotion