13 Volkswagen apprentices are going to showcase a special Golf GTI at the 34th annual GTI meet in Woerthersee, Austria on 13 May – but are not yet saying what it is.

Part of Volkswagen’s regular vocational training scheme for its stars of the future, the Woerthersee GTI 2015 team is made up of four vehicle interior specialists, two paint specialists, four mechatronics technicians, two plastics and rubber engineering specialists and a media designer.

Make of that team makeup what you will.

In some areas, they’ve not needed much help from trained Volkswagen engineers, mind: they’ve painted it all themselves, for example, although working with other departments for conceptual design has also been an important part of the training.

It’s thus much more ‘official’ than many apprentice special projects. “In many individual steps, our young trainees are creating a unique Golf GTI that will bear their signature both in its interior and on the outside,” says project manager Holger Schülke. 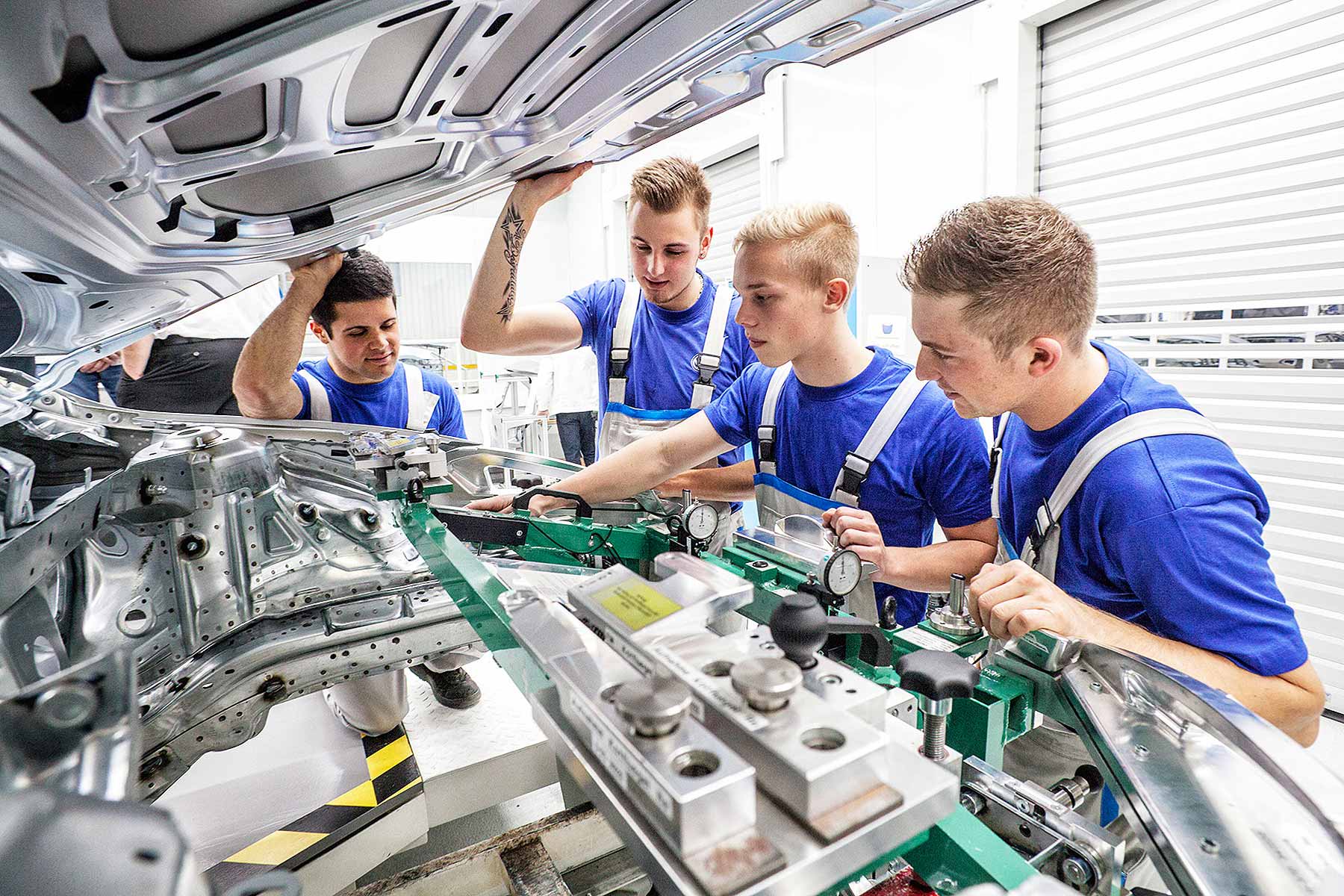 What are these guys looking at? They’re not saying

He does give us a clue, though: “The apprentices have opted for an innovative colourscheme that will call for considerable skill and precision.” He also revealed that some of the interior team are from Sitech Sitztechnik, a Volkswagen Group company that specialises in seats.

Cue one uniquely-coloured Golf GTI with a cool set of seats, then? In six weeks’ time, we’ll find out…