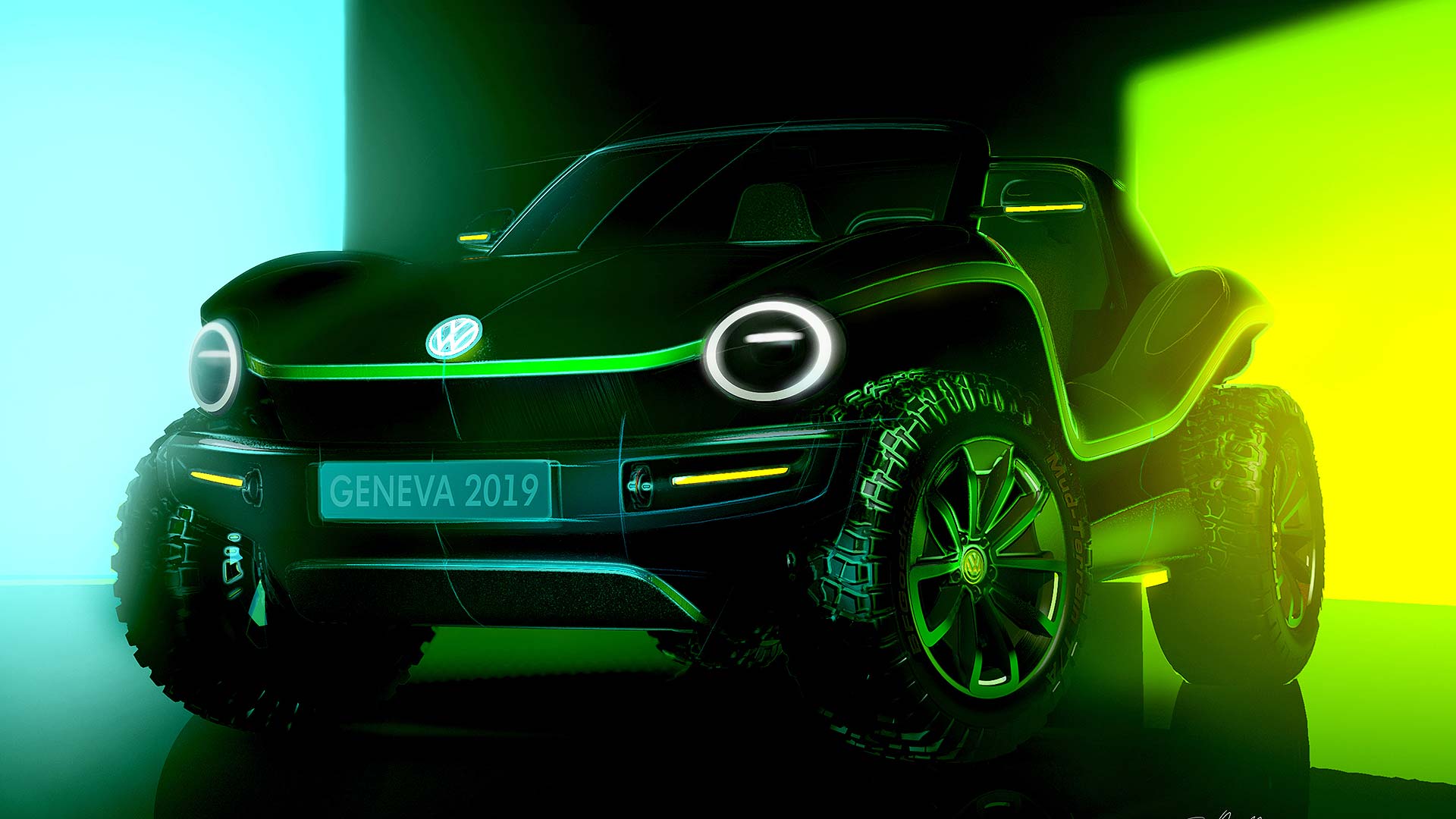 Volkswagen is set to make waves at the 2019 Geneva Motor Show with a surprise new all-electric Dune Buggy concept.

Modelled on American dune buggies from the 1960s and 70s, the door-less concept ‘brings a legend back to life,’ reckons Volkswagen.

Using the modular electric drive matrix (MEB) that all Volkswagen’s future electric cars will be based upon means series production is theoretically feasible, too. If there is a business case, that is. 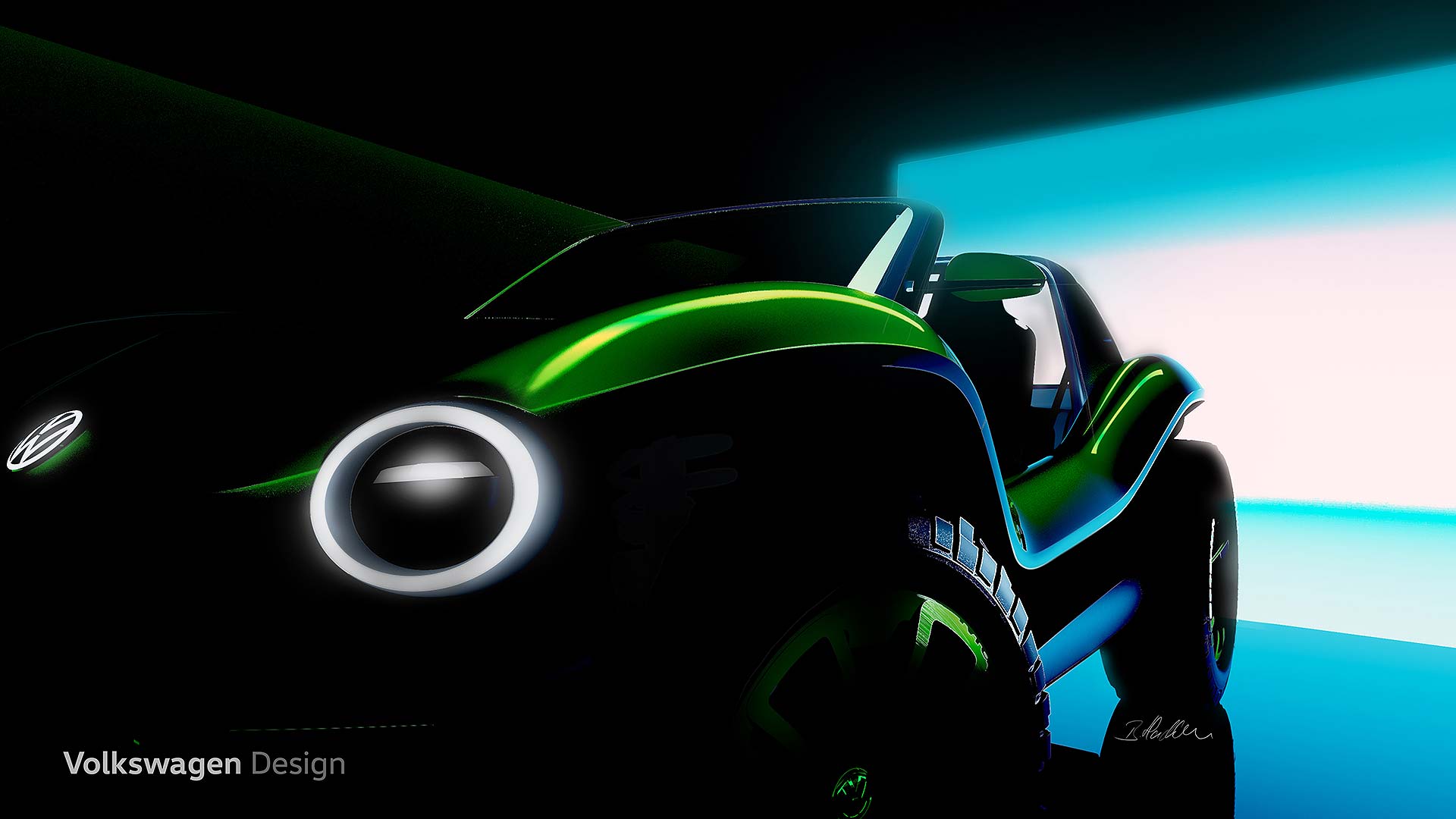 For now, Volkswagen is keen to show just how flexible its new electric car underpinnings are. Back in the 1960s, dune buggies were based on VW Beetle chassis. Today, the MEB puts a modern twist on this.

And here, Volkswagen makes a promising admission. “Like the Beetle chassis of yesteryear, the MEB has the potential to facilitate the development of low-volume niche models.”

There we have it: the switch to electric is going to mean more choice and variety of specialist cars, not less. And the Dune Buggy concept is the first example of just what’s feasible.

Just like the 60s originals, it has no roof or doors, but it does have large wheels and off-road tyres – and open side sills – to give an appearance like no other.

And the story almost certainly won’t end there…