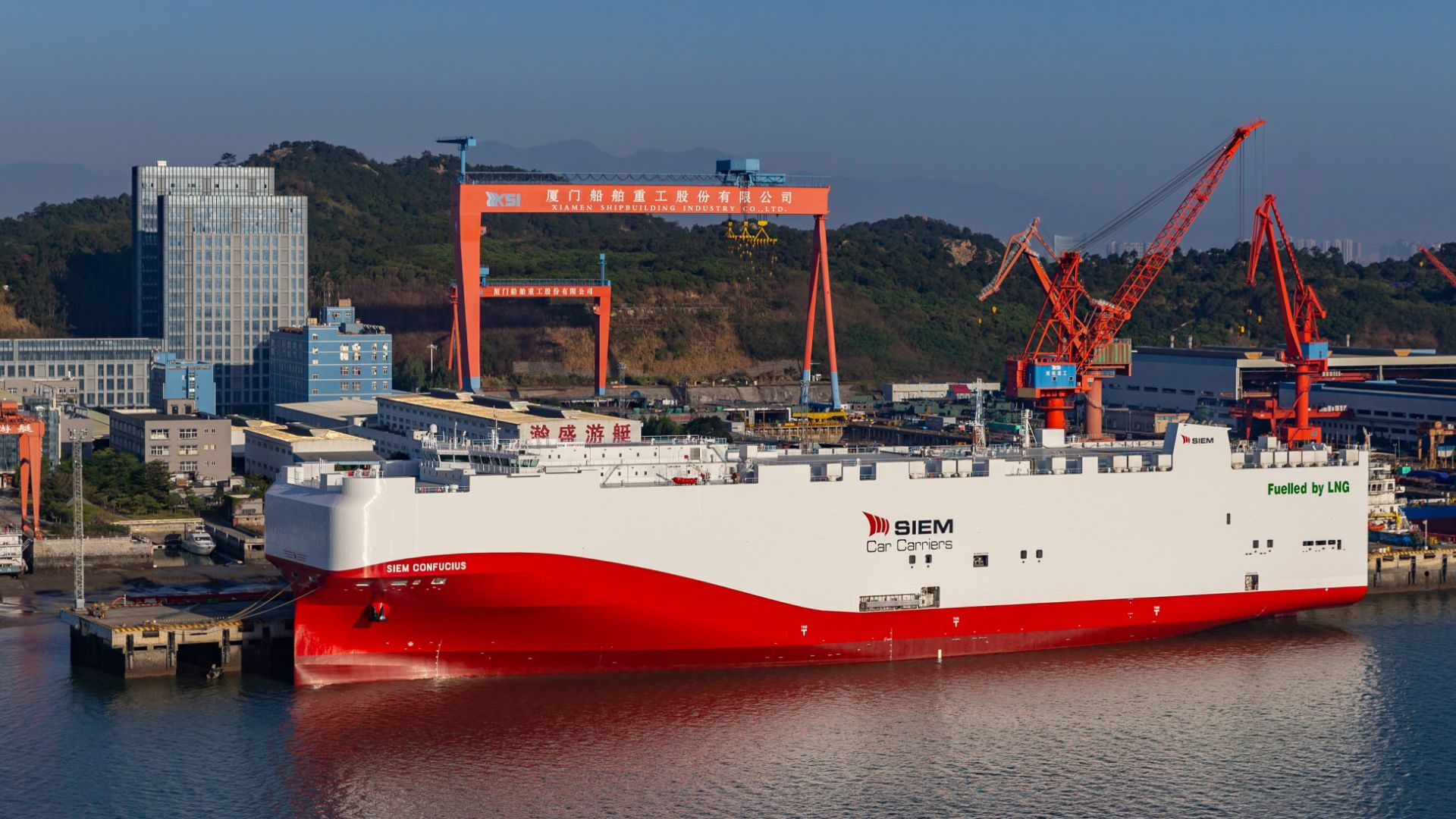 Volkswagen is looking to reduce emissions on water as well as the road. Its new sea freighters are powered by liquefied natural gas, and replace smoggy oil-powered ships.

The two ships are Siem Car Carriers and can hold 4,700 cars each. They were launched from Xiamen in China and emit up to 25 percent less CO2, 30 percent less NOx and a massive 60 percent fewer particulates. Sulphur dioxide emissions are cut out entirely.

Powering them are 12,600kW dual-fuel marine engines with direct injection and exhaust gas treatment. These are from MAN Energy Solutions, part of the Volkswagen Group. They can run on natural gas, e-gas or biogas. They are the first low-emission LNG ships of their type used for freighting.

“We are entering a new field here to reduce emissions,” said Thomas Zernechel, head of logistics for the Volkswagen Group.

“Both ships are the first overseas car freighters in the world to be LNG-powered. In addition to the increasing use of LNG trucks, conversion of our many rail transports to green electricity and the use of biofuel in the short sea segment, the two new LNG ships represent an important building block for our strategic goal of climate-neutral logistics.”

As is maritime tradition, both ships have been named, in this case by Christiane Eckert, Volkswagen’s head of strategy and environment.

At the naming ceremony, she said: “Dear ship, I name you Siem Confucius, and may your first embrace with the sea be successful. May you always sail in calm seas with seven feet under the keel!” If you’re wondering, the second ship is called Siem Aristotle.