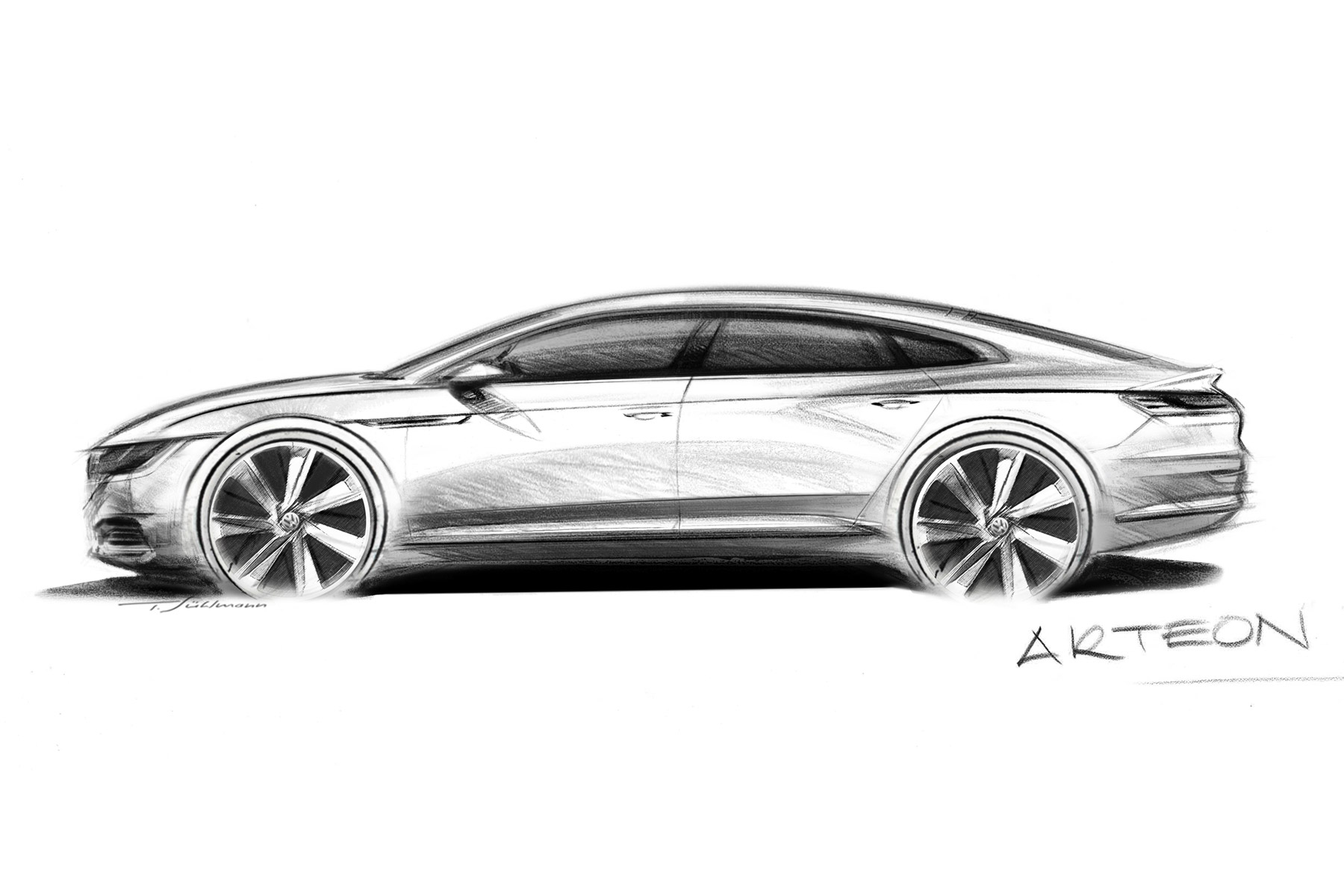 Volkswagen has released this teaser sketch of a new model, the Arteon, which is set to make its public debut at the 2017 Geneva Motor Show.

The Volkswagen Arteon is a premium four-door saloon that will sit above the Passat and could replace the slow-selling CC in the firm’s line-up.

The company says it offers both ‘revolutionary design’ and ‘great practicality’, using frameless windows and a not-so-revolutionary top-hinged tailgate.

“At first sight, the Arteon arouses enthusiasm through its expressive design,” explains the car’s exterior designer Tobias Sühlmann. “It then surprises through its practical virtues. This combination is unique.”

There’s a new brand look for Volkswagen introduced with the Arteon, using bars of the radiator grille extending into 3D LED headlights.

Further information about the Arteon is lacking – apart from how to say the name. The emphasis is part on the first syllable – “Art” describes the car’s “harmonious lines and emotionality,” apparently, while “eon” identifies it as a premium model, alongside the Chinese market Phideon.

Volkswagen hasn’t confirmed whether the Arteon will be sold in the UK – but it will go on sale in certain markets from summer 2017.

We’ll find out more about the Volkswagen Arteon at the 2017 Geneva Motor Show, where Motoring Research will be reporting live.

#VW is providing a first look at the fascinating contours of its new top model, the #Arteon. pic.twitter.com/RMx2roLvWz

The best cars from the 2017 Frankfurt Motor Show, including the Mercedes-AMG Project One, Land Rover Discovery SVX and Porsche 911 GT3 Touring
Read more

How driving your car can lead to winter hay fever

The LEVC TX eCity is the black cab reinvented, with more space, improved safety and plug-in tech to slash fuel use
Read more

London Mayor Sadiq Khan has confirmed the London Ultra-Low Emission Zone (ULEZ) will be expanded to reach the North and South circular roads from...
Read more