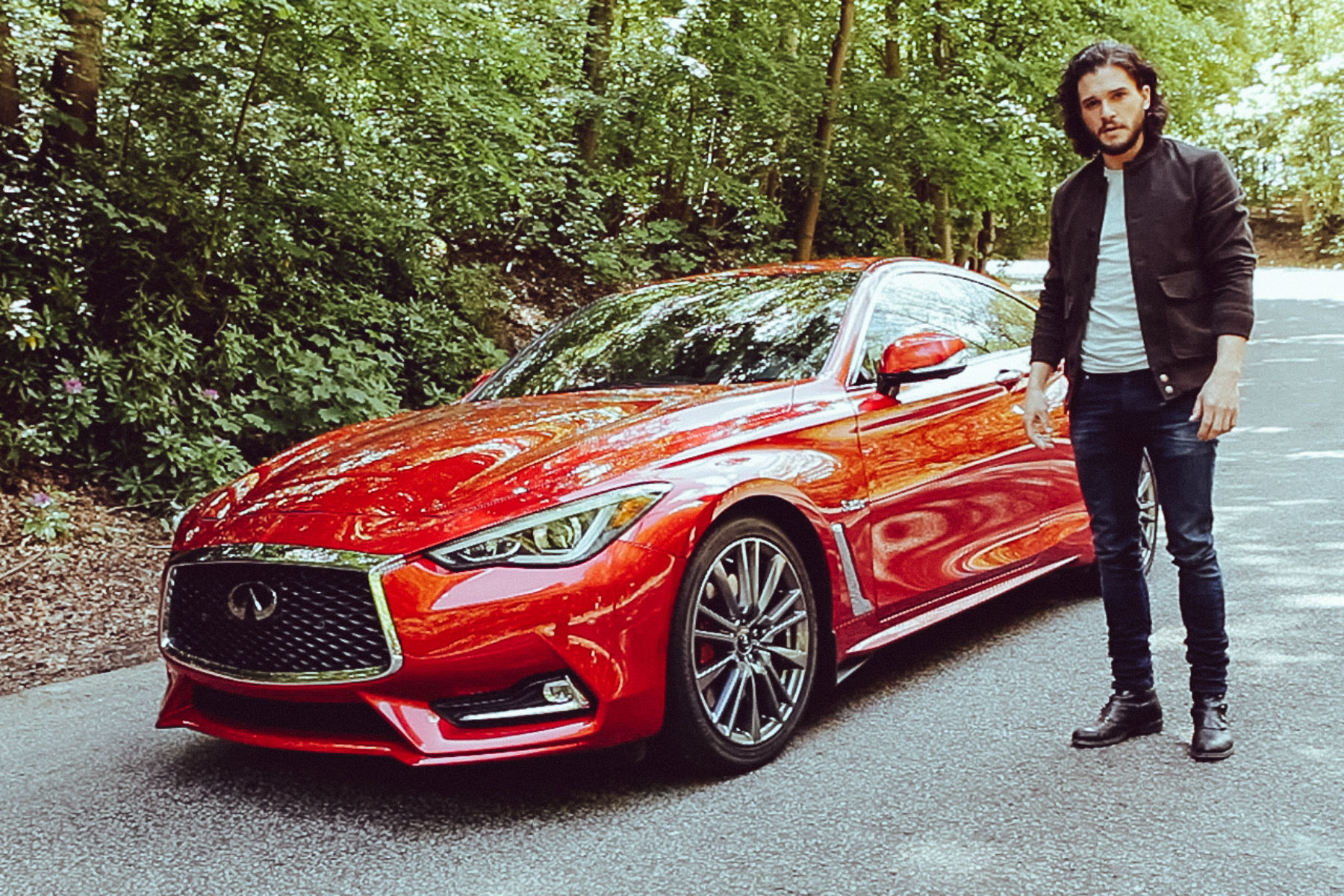 Games of Thrones actor Kit Harington has got behind the wheel of the new Infiniti Q60 in a short, one-minute teaser clip released this morning.

Harington says: “What inspires me personally in my life, is a beautiful piece of writing. Something which is specific, delicate and beautiful.”

The Infiniti Q60 is a rival to the BMW 4 Series and Audi A5, first revealed at this year’s Detroit Auto Show.

The flagship model will be powered by a 400hp twin-turbo 3.0-litre V6 engine, while a 2.0-litre four-cylinder will also be offered.

Speaking of the Harington clip, Infiniti’s senior marketing director, Melissa Bell, said: “Kit Harington is a unique and refined talent. He is performance orientated with intelligence and a passion for his artistry and the Q60 has inspired a powerful performance from him in Tyger.

“In this one-minute drive we’re thrilled to take viewers on a test-ride through multiple emotions. The Q60 is a dynamic automobile, driven by one of the world’s best actors – a winning combination.”