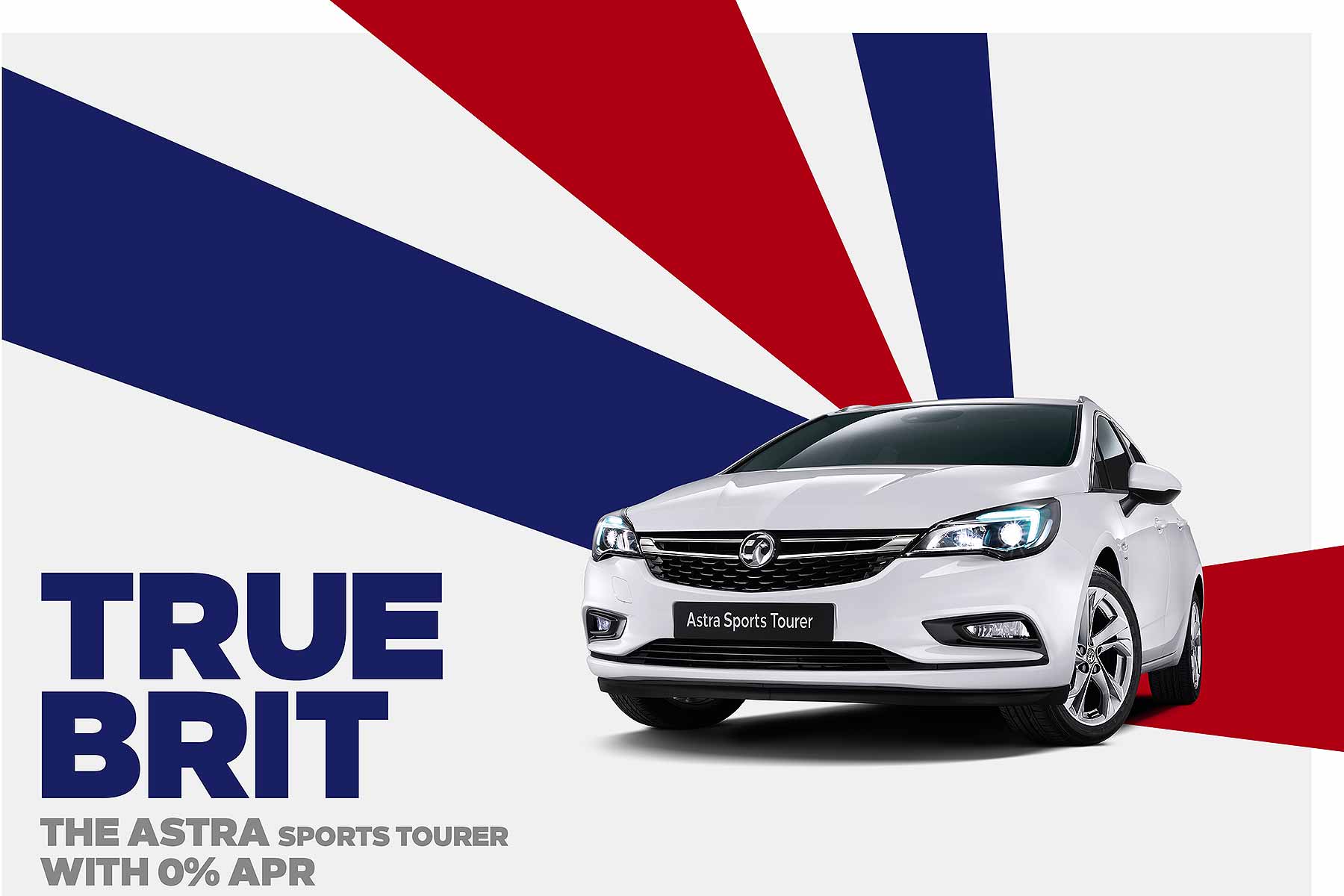 Vauxhall is launching a new ad campaign to position itself as ‘confidently British’ brand with a more positive and impactful attitude.

The first model to benefit from the ‘True Brit’ rebrand is the Vauxhall Astra, which is built at the firm’s Ellesmere Port plant in Cheshire; the long-running factory is currently pitching to build the next-generation Astra.

The Luton-based firm hopes the campaign will redefine it as an independent British brand, more distinct from its European Opel sibling. Both brands are now part of the PSA Peugeot-Citroen stable and Vauxhall is fighting to make its mark within the group.

Bosses seem to see this as an opportunity to quickly revive the Vauxhall brand.

Stephen Norman, newly-recruited group MD of Vauxhall Motors and Opel Ireland, said: “Over the course of the next few weeks and months, people will witness a distinct change in how we communicate.

“The Vauxhall Astra has been one of Britain’s best-selling and loved cars for almost four decades.  Our campaign demonstrates our confident British attitude in an innovative and creative way.

“Vauxhall will become more distinctive and relevant to car buyers up and down the UK.”

The marketing blurb calls the new campaign a “confident and striking new positioning for Vauxhall”. The firm has redefined its brand values as part of the campaign: it is, we’re told, ‘ingenious, progressive and approachable’.

It’s already been shown on TV this weekend, during the England friendly, and will run again on Thursday 7th June; Vauxhall will also roll it out across digital, social, press, showroom and roadside billboards.

In other words, you won’t miss it. So, is the great Vauxhall comeback finally underway?