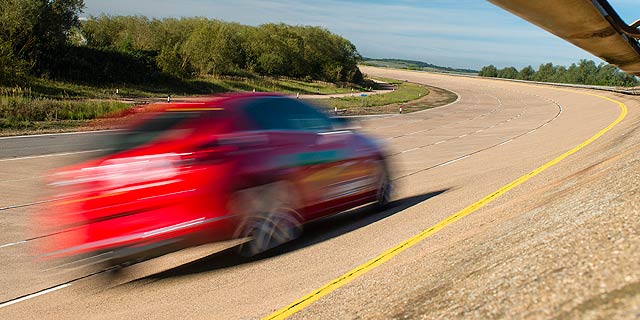 Long-distance speed challenges are great feats of endurance. Imagine driving your car as fast as it would go around a corner for a day: it’s that relentless.

And this is why Vauxhall chose a 24 hour speed endurance world record attempt to showcase the Vauxhall Astra on the global stage. Because it’s proud of its Ellesmere Port workforce and confident they’d come up with the goods.

Being an FIA-homologated challenge, there was no cherry-picking of cars. An observer monitored the build every step of the way and, from a pool of six cars, he randomly selected two to take part in the challenge. Truly representative of Astras that come off the line daily, then.

There was no special preparation afterwards either. These Astras would remain under the watchful eye of the man from the FIA throughout the challenge – Vauxhall could do nothing to double-check they were up for it. Total faith had to be placed in the Ellesmere Port guys.

24 hours, nearly 3000 miles and, subject to ratification, many records shattered, that faith was repaid. The Astra that averaged 125mph throughout the 24 hour period ran faultlessly and came through in fine style where others have, presumably failed.

The 24-hour speed record for this class of car has, you see, never been set before. Others have ran for one, two, even six hours, but never the full 24. Vauxhall has, and I was proud to be a part of it.

I know how hard-worked the cars were, how hard my foot was pinned to the floor, how the car that’s going for the record was stopped for just 22 minutes in 24 hours. Even those who think they’ve driven their car hard on the motorway really haven’t seen anything like this.

And that’s why it’s such a big deal for Vauxhall. The cars came through. The proved fast, safe and sturdy – but most importantly, the 125mph Astra ran like absolute clockwork.

What a way to put faith in your workforce on a very public stage. And what a way to repay the bosses.