Vauxhall has revealed the special Astra VXR Extreme Geneva show star will boast more than 300hp and become the most powerful front-wheel drive Vauxhall ever.

That makes it, the firm believes, the most powerful front-wheel drive production car ever – full stop!

Boasting a limited slip differential, the Astra’s HiPerStrut suspension will certainly have its work cut out – but Vauxhall says plenty of learning from the Astra Cup race car that competed in the 2013 Nurburgring Endurance Championship has been employed.

This is why it’s lighter too, by a substantial 100kg, thanks to the substantial use of carbon fibre. Remarkably, the front spoiler, bonnet, suspension crossbrace, engine cover, rear wing and diffuser, rear wheelarch ventilation and, yes, even the wheels are made from it. 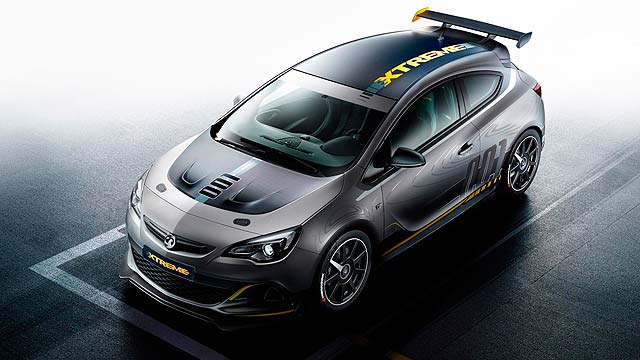 The Astra VXR Extreme also has a carbon figure roof, which weighs 2.6kg instead of the regular car’s 9.3kg. This hefty weight saving lowers the centre of gravity and aids handling. Aluminium front wings, which weigh a measly 800g instead of 2.2kg, offer further savings.

There are six-pot Brembo brakes, ultra high performance 245/35-section 19-inch Hankook tyres (which “give almost as much grip as those on the race car”), and adjustable dampers.

Inside, Vauxhall has followed the Renaultsport Megane R26.R and ditched the rear seat for a safety roll bar instead. There are Recaro bucket with six-point harnesses and a carbon fibre reinforced steering wheel covered in Alcantara. 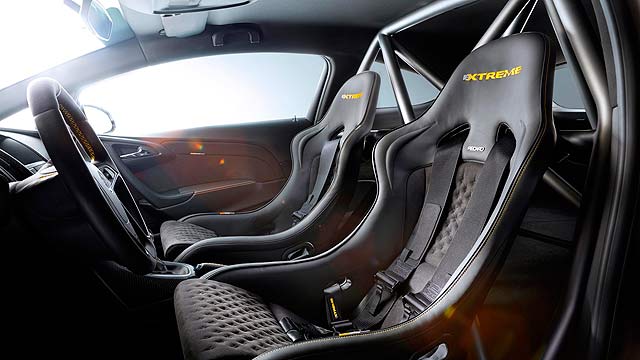 More details, including an exact power output, will be announced at the Geneva Motor Show next week. We’ll be there to hear more.

For now, Disqus what you think: the UK is the largest market in the world for Vauxhall/Opel’s VXR/OPC models, and the Astra is the best-selling of them all. Is the amazing Astra VXR Extreme thus worthy of worship?