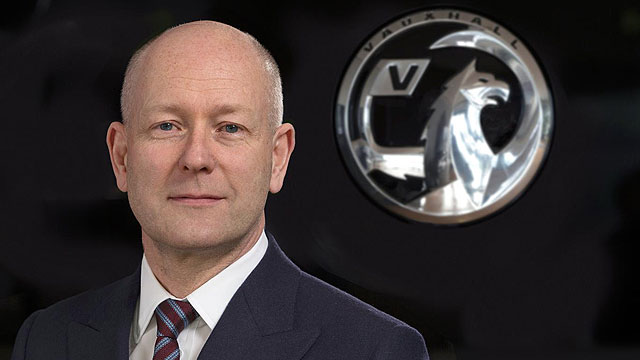 As part of his role, he also becomes CEO of Opel Ireland and will report to executive vice president of Opel/Vauxhall and president of General Motors Europe Karl-Thomas Neumann.

Tozer joins from CEO of Autobinck Holding NV – but he has a long track record in Britain too: he’s been MD of Mazda UK and regional director of Inchcape Motors International, as well as president and CEO of Mitsubishi Motors Europe.

Karl-Thomas Neumann said: ‘Tim brings a wealth of motor industry experience to the Opel/Vauxhall organisation, a strong understanding of the sales and marketing functions and a wide knowledge of both operational and strategic aspects of the business.

“Vauxhall is an exceptional performer in the UK industry and we look forward to Tim building on the strong foundations already developed by Duncan Aldred and his team.’

Aldred has moved to become US vice president of Buick-GMC sales, service and marketing, based at GM HQ in Detroit. The long-time Vauxhall man rose rapidly through the ranks to the top spot of the firm, which has clearly impressed the bosses in the US.