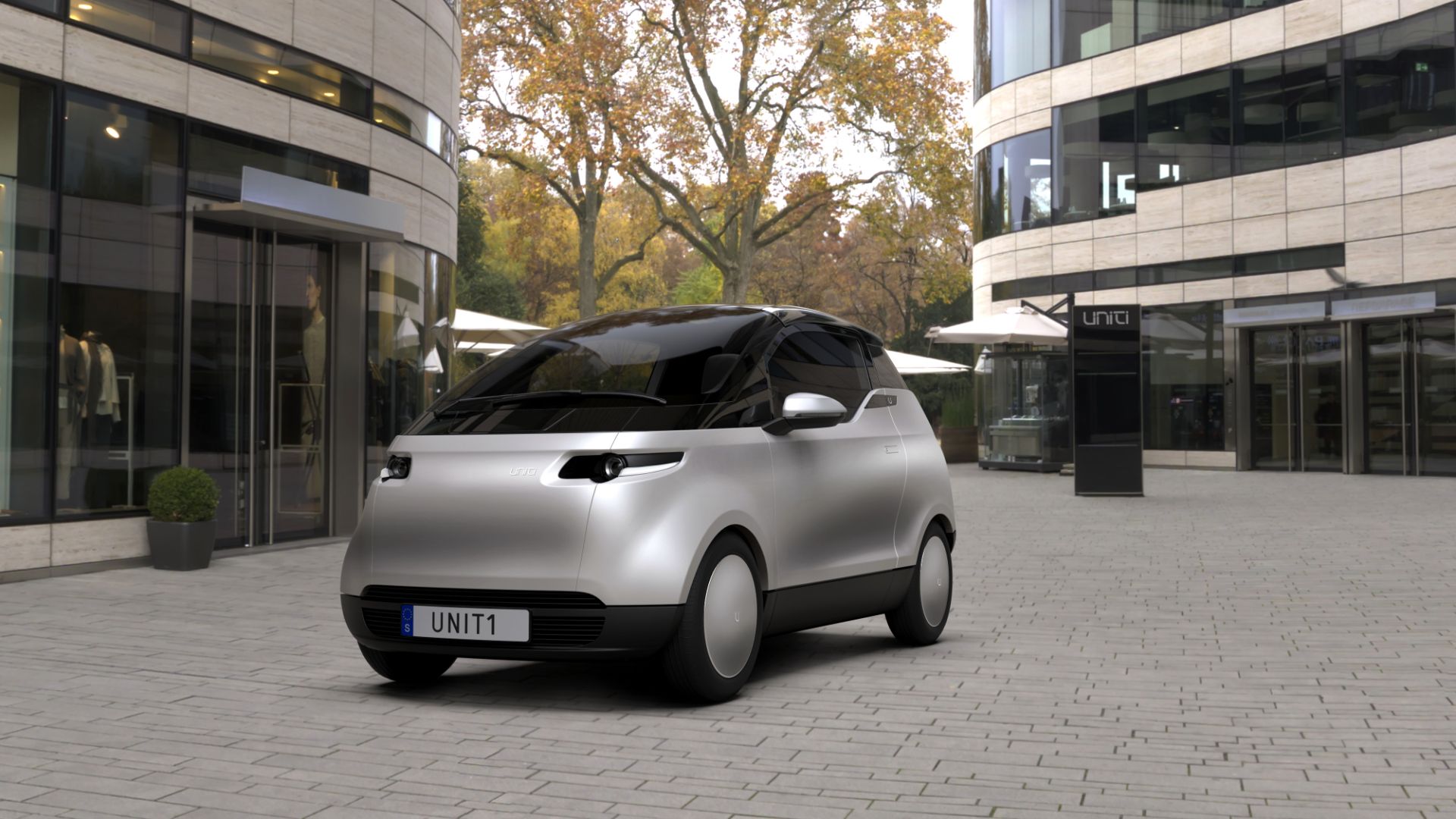 A new Swedish company called Uniti is hoping to reinvent the Smart car by offering electric mobility at a lower price. This tiny city car is, like the Smart, lightweight, geared towards urban motoring, clever in its design and very forward-thinking. Meet the Uniti One.

Uniti One: the headline figures

Is this the Tesla of city cars? The numbers are compelling. It’s priced from £15,100 (after the current £3,500 government grant). That’s for the 12kWh version, capable of 93 WLTP-certified miles of range. Doubling that is the 24kWh model, which will travel 186 miles.

Charging the Uniti One

Both can be charged either at home via a 7kW outlet, faster AC outlets or the full CCS Type 2 combo. The latter will take your Uniti from 20 percent to 80 percent charge in 9 or 17 minutes for the 12kWh and 24kWh models respectively.

Of course, most homes have a domestic 7kW charger. In combination with the optional on-board fast charger, they’ll go from 20 percent to 80 percent charged in a respective one hour and three minutes, or two hours and six minutes. 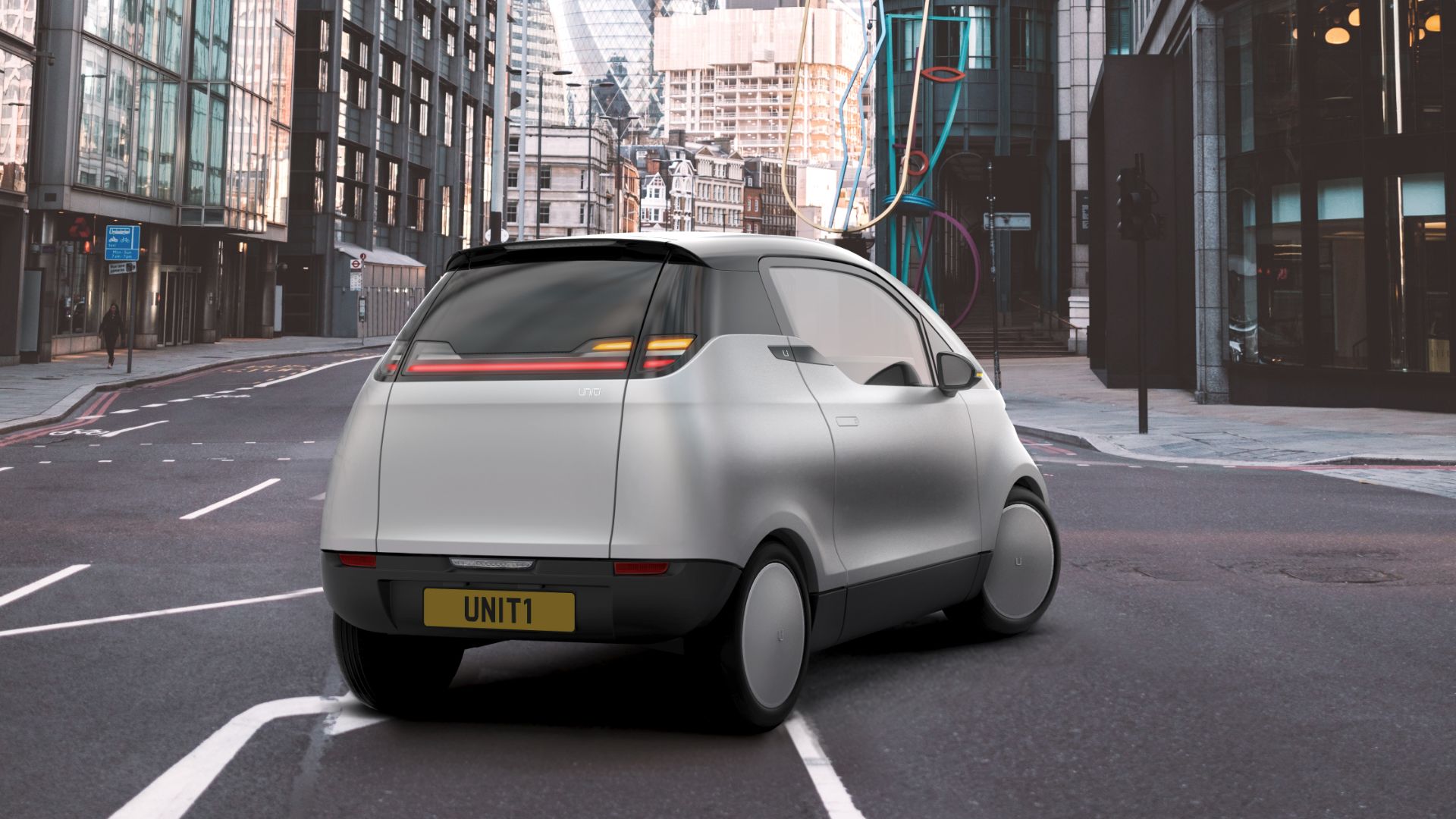 This is no Tesla-fighter when it comes to performance. It’s good enough for urban asphalt athletics, though, getting to 62mph in 9.9 seconds.

City mode optimises for energy saving and ease of operation, while boost mode adds steering weight and sharpens throttle response. In theory, it should be a decent little thing to hustle around in, given it weighs just 600kg.

The Uniti One is rather gawky in comparison with the very contemporary Smarts – more Comic Con than Savile Row. More Blade Runner than iRobot. Think of it as a Scandinavian Kei car and it’s a little easier to digest – unfussy and futuristic.

Full LED lighting is an option, and there is a range of three ‘elemental colour tones’ (paints). These are Scandium, dark Graphite and warm Titanium, all finished in Satin. Very Swedish chic. 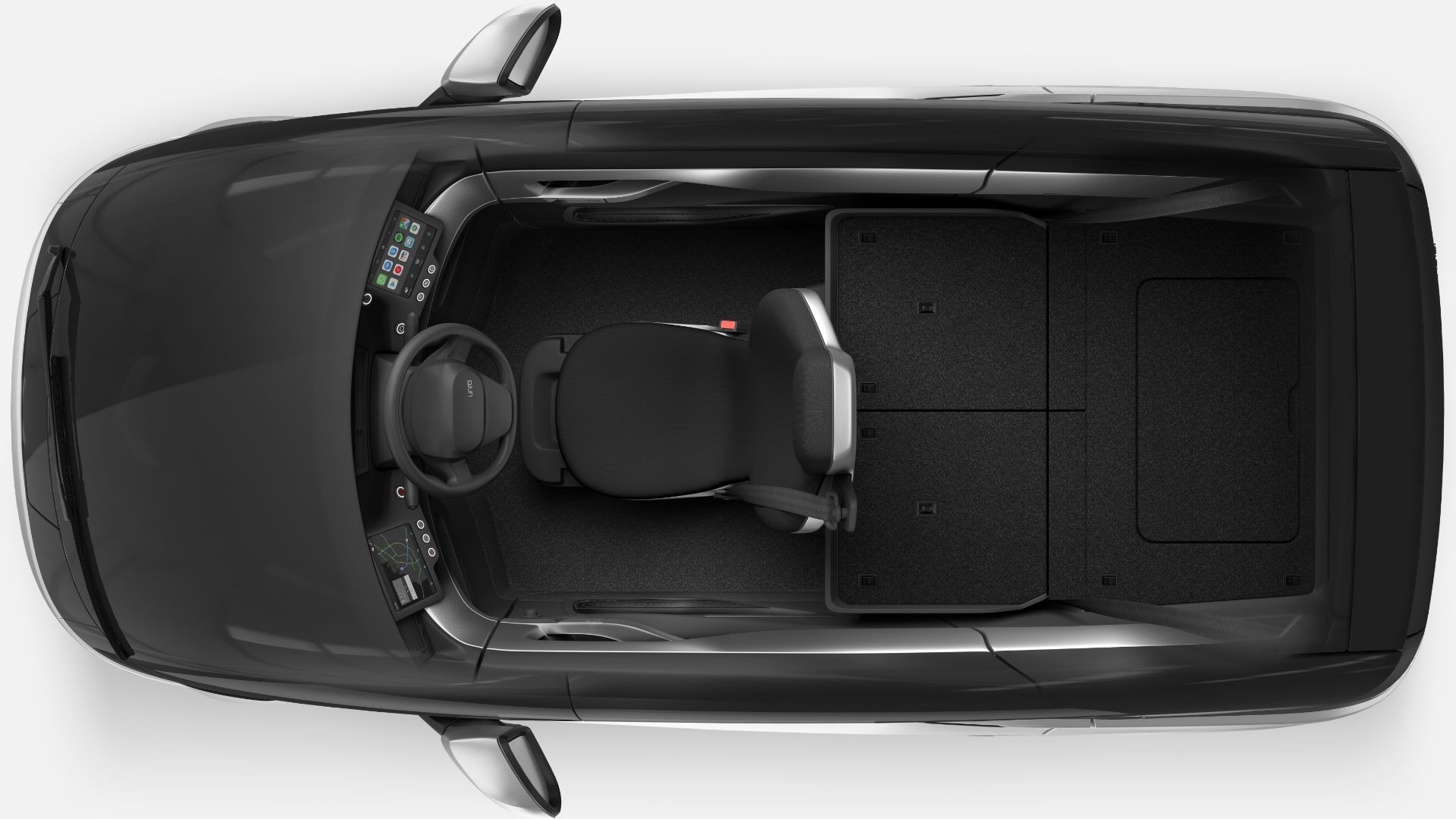 The central driving position is also reminiscent of a certain legendary 1990s hypercar, albeit without the V12 induction howl. Two rear seats are split-folding, so in spite of the car’s diminutive proportions, Uniti says the One has ‘generous load-carrying potential’, claiming the car will be good for anything from ‘the school run to a micro taxi vehicle’. Could your next London uber be a Uniti One?

Three-up, the One has 155 litres of cargo capacity, while riding solo will get you 760 litres. As standard the Smart Fortwo has 260 litres of space, without the extra 100 litres of hidden cubby. So depending on your passenger arrangement, you can be worse or better-off than a Smart driver.

As an ownership proposition, Uniti is bigging up nods to personal maintenance. The lower exterior body panels can be removed to repair or replace. ‘Self-coloured’ materials used on the exterior are built for city living, too.

Inside the Uniti One 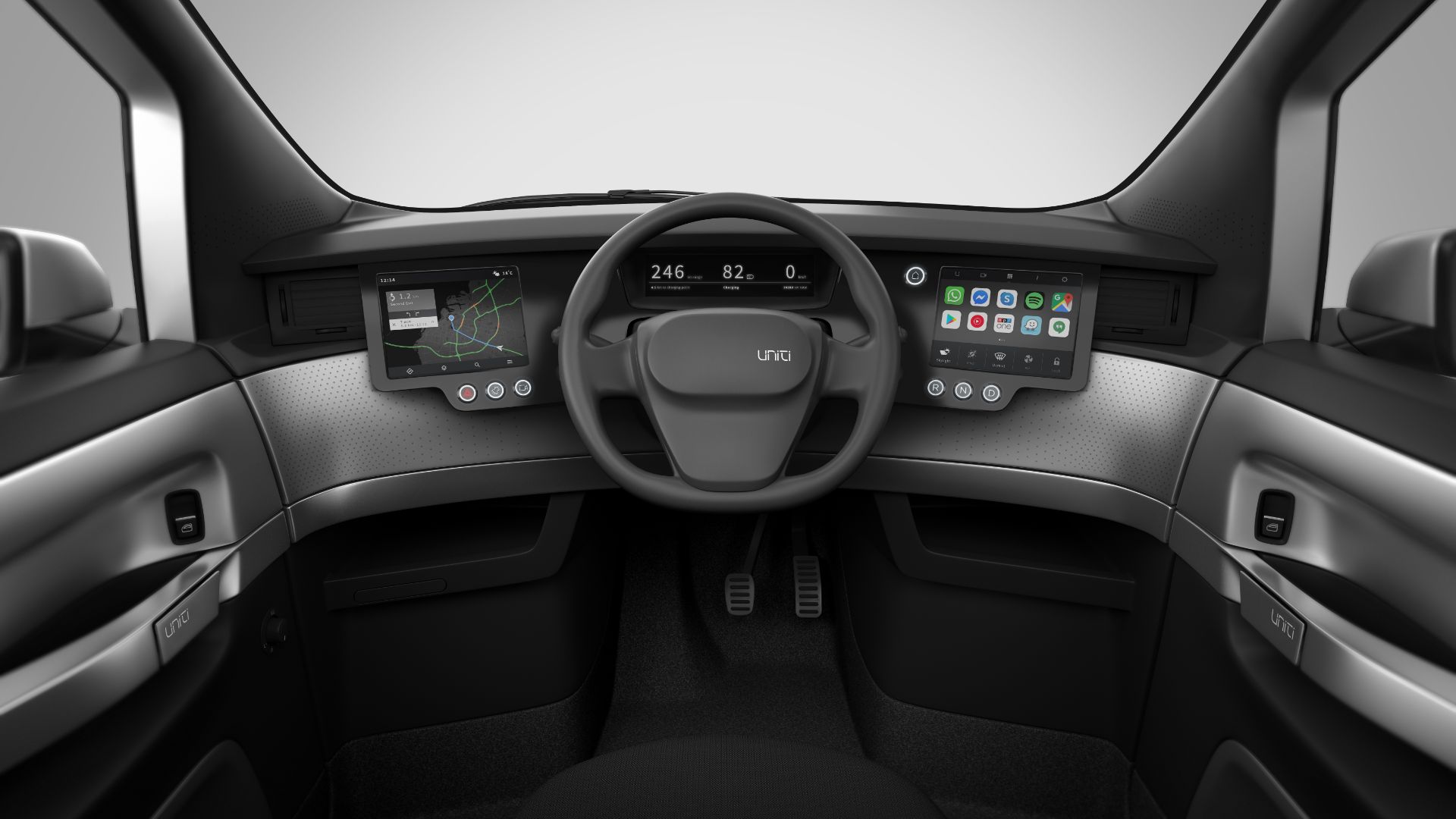 One area where electric cars tend to move things along, is cabin tech, albeit with somewhat underwhelming designs. We’re looking at you, Tesla.

The Uniti One is no different: touch-sensitive controls take priority, cultivating a ‘calm and orderly ambience, with a highly-intuitive smartphone-like feel’. If you weren’t already taking this little car seriously, this cabin is unlikely to swing you. If you were on board from the start, you’ll appreciate the clean and functional interior. That three-seat layout leaves the screens flanking the steering wheel, McLaren Speedtail style.

The standard electrochromic roof is very clever, allowing as much or as little light into the cabin as you desire. An airy feel is useful in a car that could feel a little claustrophobic. In terms of infotainment, the car runs Android Automotive OS, with use of Google Maps, Waze, Spotify and other applications.

The car’s touch interface or voice controls can adjust lighting, heating, vents and other functions. Yes, the Uniti, like Teslas, will have over-the-air software updates. Beyond the tech, Uniti is saying the One will have a robust and quality feel, with soft-touch materials and real metals utilised. 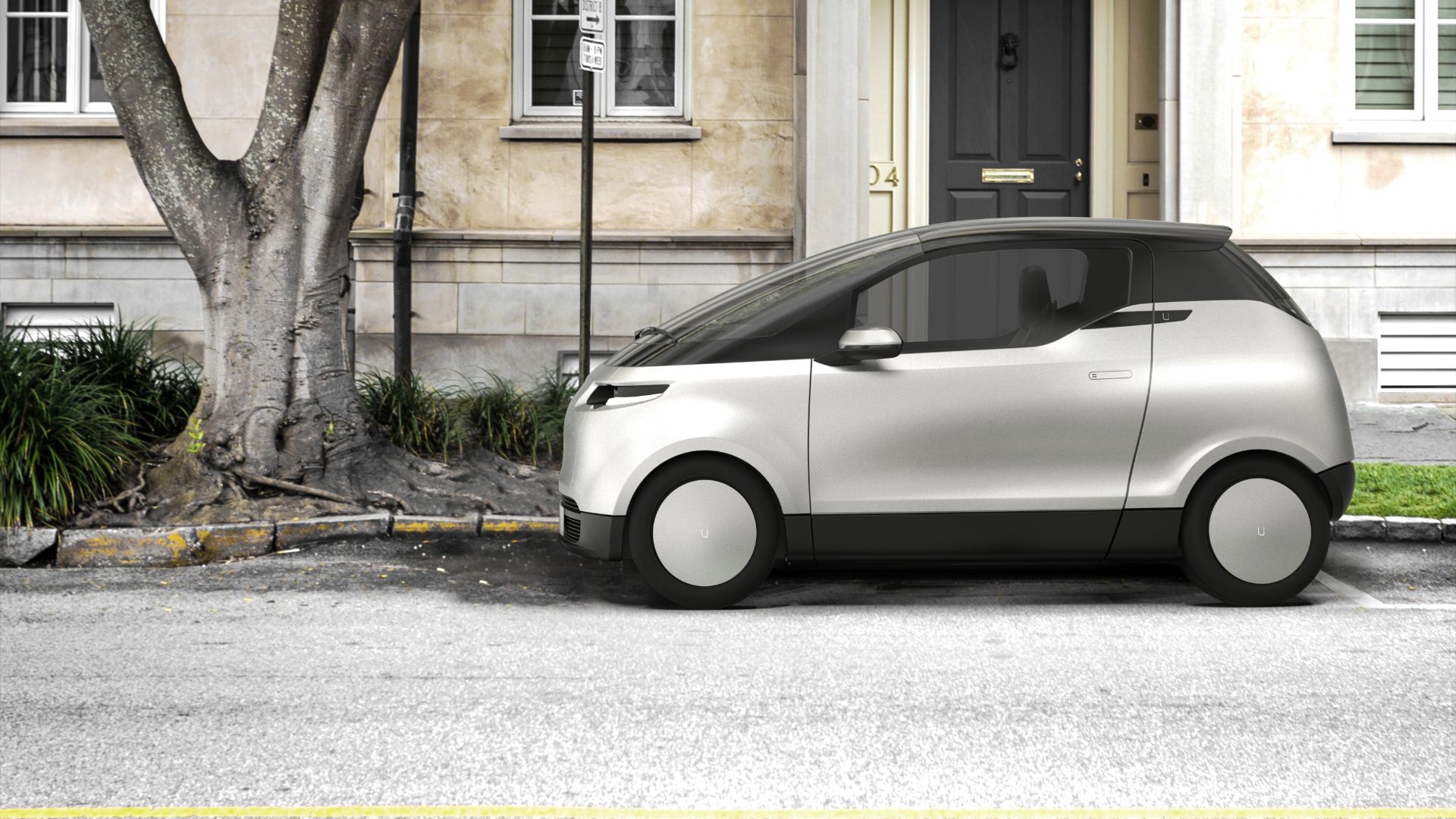 The special electrochromic roof, RGB adjustable mood lighting and the Android operating system come as standard. Optional are other creature comforts such as a heated driver’s seat and, as above, the LED lights.

So will the Uniti be a hit or a miss? As ever, we can only speculate. As an object of desire, those looks don’t score highly. That said, futuristic looks and an environmental ethos will score points with the right crowd. Being ‘engineered for the city’ and very competitively priced, it could work very well for the audience it’s aimed at. Indeed, several thousand pre-orders were taken in 2017 when a two-seat prototype was unveiled.

If Uniti can deliver cars as promised, by mid 2020 in the UK and Sweden, it could break the EV ice for many who have yet to take the leap. 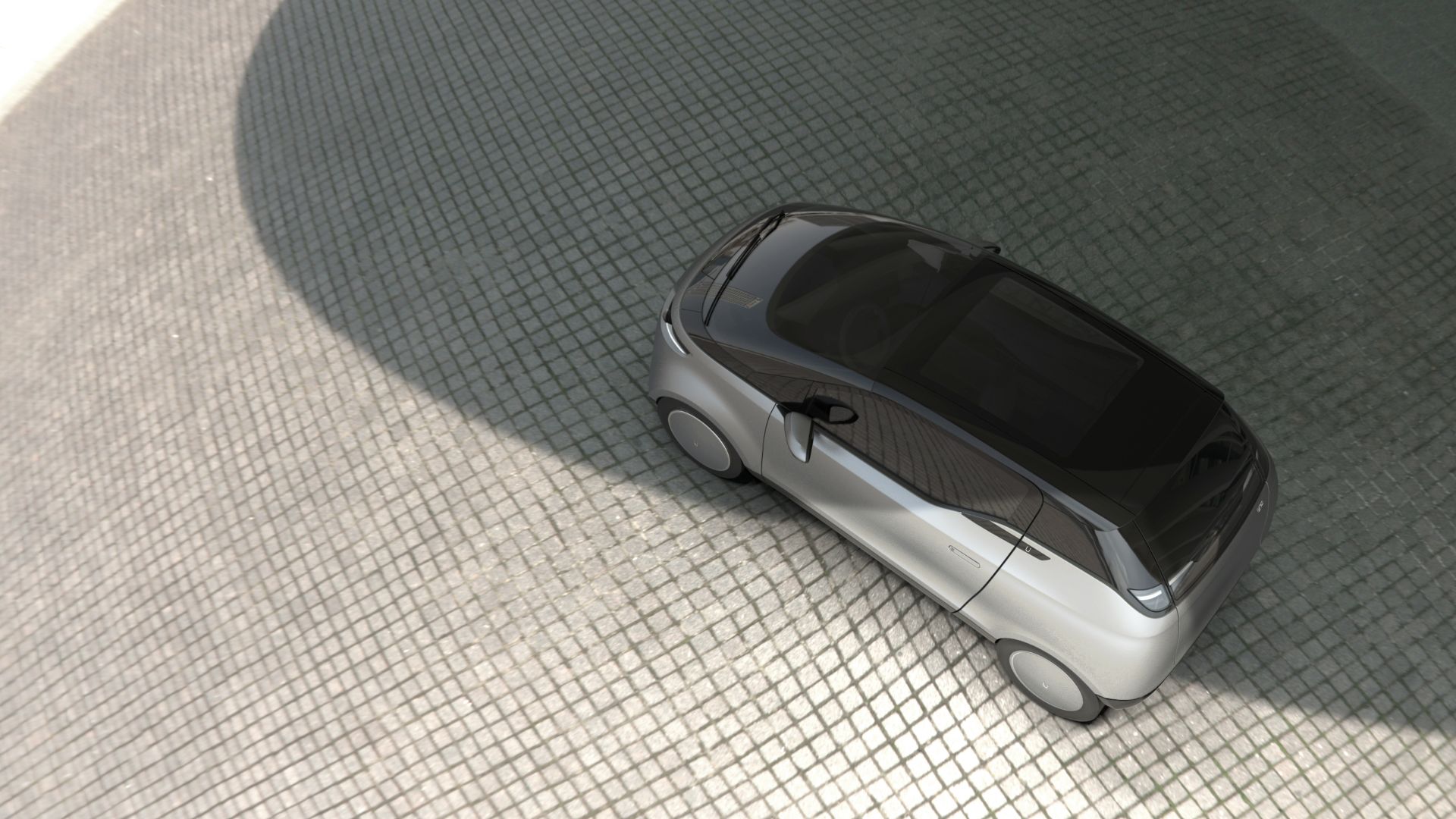 “This is just the start of our journey towards a more sustainable future,” said Uniti CEO, Lewis Horne.

“I’m immensely proud of what the team has achieved by bringing this innovative vehicle to market in such a short time. But it’s not enough to merely challenge convention. Our goal for the Uniti One is for it to become a catalyst for positive change in our industry and I’m delighted at the way in which this vision has so clearly resonated with people across the globe.”