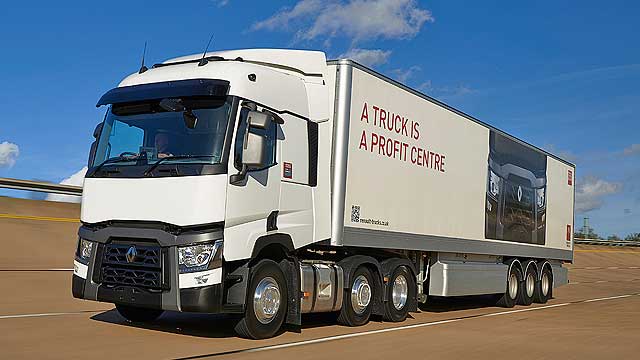 Will trucks get a CO2-based taxation system similar to that applied to cars and vans?

The European Commission is to target Europe’s lorry sector for the first time in an effort to reverse a worrying rise in CO2 emissions.

That’s nearly half the total amount produced by cars – and means lorries are responsible for 25% of total European transport sector CO2 emissions, despite making up just 3% of vehicles on Europe’s roads.

HGV emissions to be checked for the first time

Today’s EC strategy for lorry CO2 emissions makers the first time it has taken steps to tackle HGV emissions: there are fuel economy standards for cars and vans but NO such standard for lorries. CO2 is neither measured nor reported.

Indeed, there is still no HGV fuel economy strategy – today’s document is merely the start of discussions – but it is hoped one can be developed to help belatedly improve lorry fuel efficiency.

If left unchecked, truck, bus and coach emissions would, by 2050, be at roughly the same level as today’s models – something that’s “clearly incompatible with the goal of reducing greenhouse gas emissions from transport by around 60% below 1990 levels by 2050,” says the European Commission’s Climate Action policy.

The EC’s first step is a computer simulation tool that, from 2015, will help certify, report and monitor emissions from HGVs.

In the future, the EC says further measures could include mandatory limits on average CO2 emissions from new HGVs, ‘smart-price’ infrastructure usage policies, developing alternative fuels and “coherent use of vehicle taxation by Member States and other market-based mechanisms”.

CO2 taxes for lorries? You read it here first.

William Todts, senior policy officer at Transport & Environment, said: “Lorry fuel efficiency has remained stagnant for 20 years, but while the US has quickly set standards for American trucks to improve their fuel economy, Europe is just treading water.