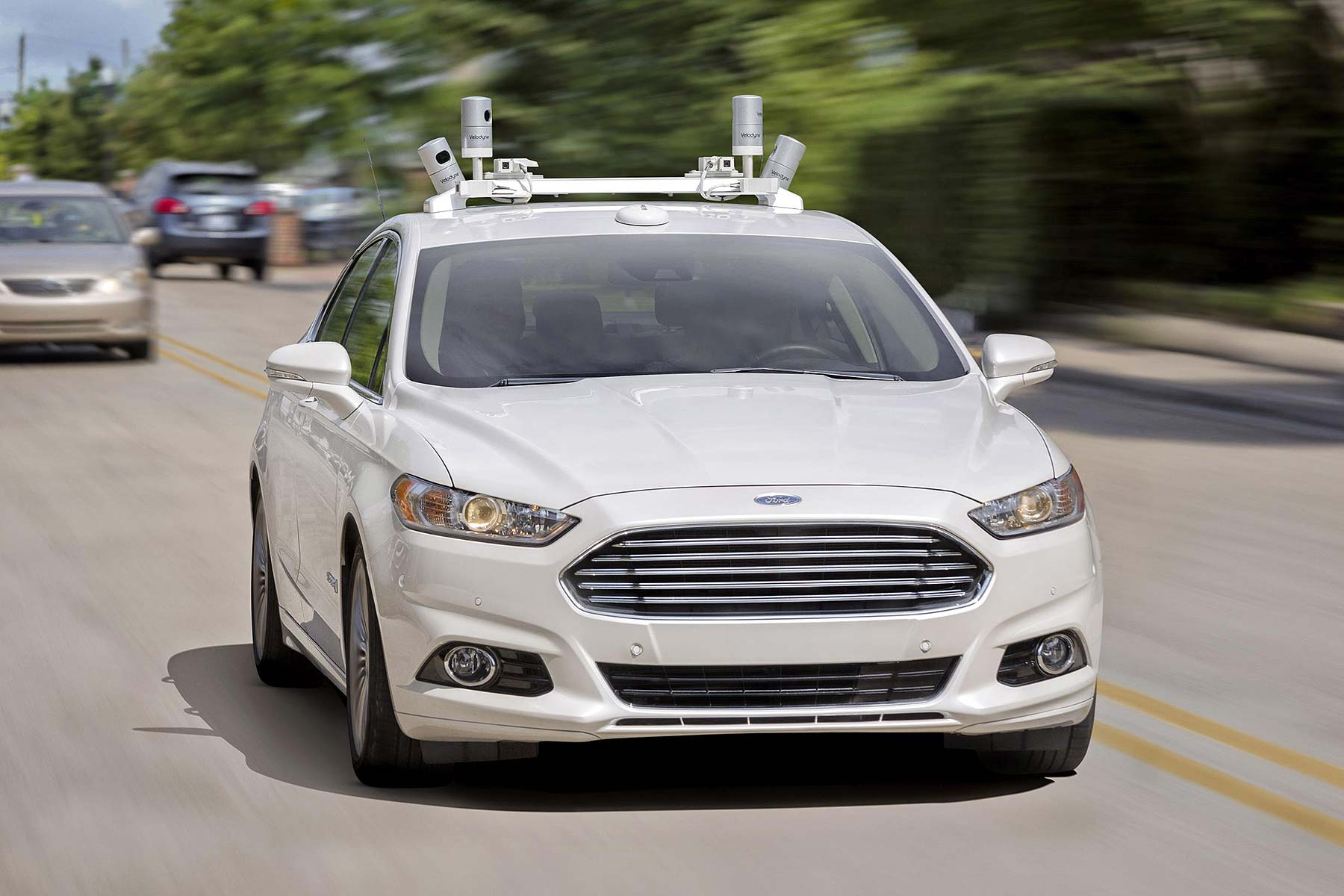 Ford has boldly said it will launch a fully autonomous car without a steering wheel, accelerator or brake pedal in 2021 – and the ride-sharing vehicle will be offered in high volumes.

The driverless car will have as significant an impact on society as the Ford moving production line did 100 years ago, said Ford president and CEO Mark Fields. Which is why the blue oval is determined to become the first carmaker offering a fully autonomous model in large numbers.

“We’re dedicated to putting on the road an autonomous vehicle that can improve safety and solve social and environmental challenges for millions of people,” said Field. “Not just those who can afford luxury vehicles.”

The autonomous Ford ride-sharing car will initially be a commercial project: it will be Ford’s Uber car, available for ride hailing and ride sharing in high volumes.

Ford says the autonomous car will be built to SAE level 4 autonomous operation, so-called ‘high automation’. This is one level down from the ultimate SAE level 5 ‘full automation’, which is why Ford is initially restricting the tech to ride sharing initiatives.

Retail availability of driverless Fords will likely follow: these would be SAE level 5 compliant.

The announcement comes as Ford doubles both its Silicon Valley team and doubles the size of its dedicated Palo Alto tech centre. It is already tripling its autonomous test fleet in 2016, making its fleet of 30 self-driving Fusion Hybrid models (the U.S. version of the Mondeo) the largest of any carmaker.

Under Ford’s Smart Mobility initiative, the firm aims to “be a leader in autonomous vehicles, as well as in connectivity, mobility, the customer experience, and data and analytics”.