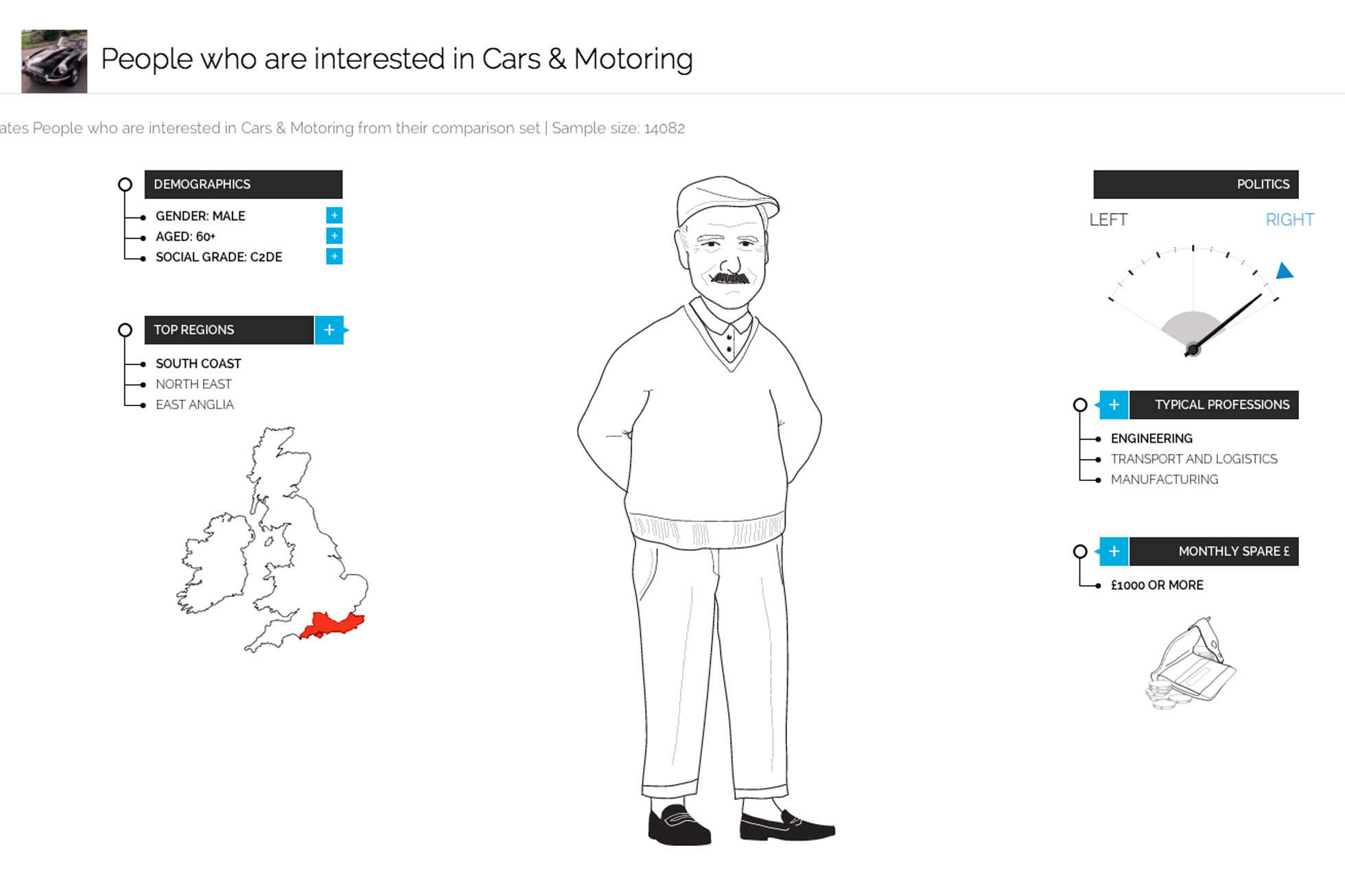 The typical car enthusiast is a grumpy old man who lives on the South Coast and listens to AC/DC, research by YouGov has found.

The company’s trick new marketing app, Profiles, gives an insight into the typical person with any particular interest.

So, out of 14,082 people who told YouGov they like cars and motoring, the company has concluded that the archetypal enthusiast is a male, aged over 60 and lives on the South Coast.

He’s most likely to be an engineer who reads the Daily Telegraph, and thinks “UKIP are just saying what ordinary British people are thinking.”

He would describe himself as a confident leader, but admits on occasion he can be grumpy, arrogant and intolerant.

He shops at Asda, buys his petrol from Shell, and drives a BMW. Oh, and he likes visiting the Goodwood Festival of Speed.

As you would expect, he enjoys watching Top Gear, as well as Formula 1 and Speed With Guy Martin.

Meanwhile, according to the app, the average BMW owner shops at Waitrose, wears Hugo Boss and loves pan fried scallops.

Kia drivers, however, are most likely to be elderly, retired female teachers who live in Northern Scotland and like Nigella Lawson.