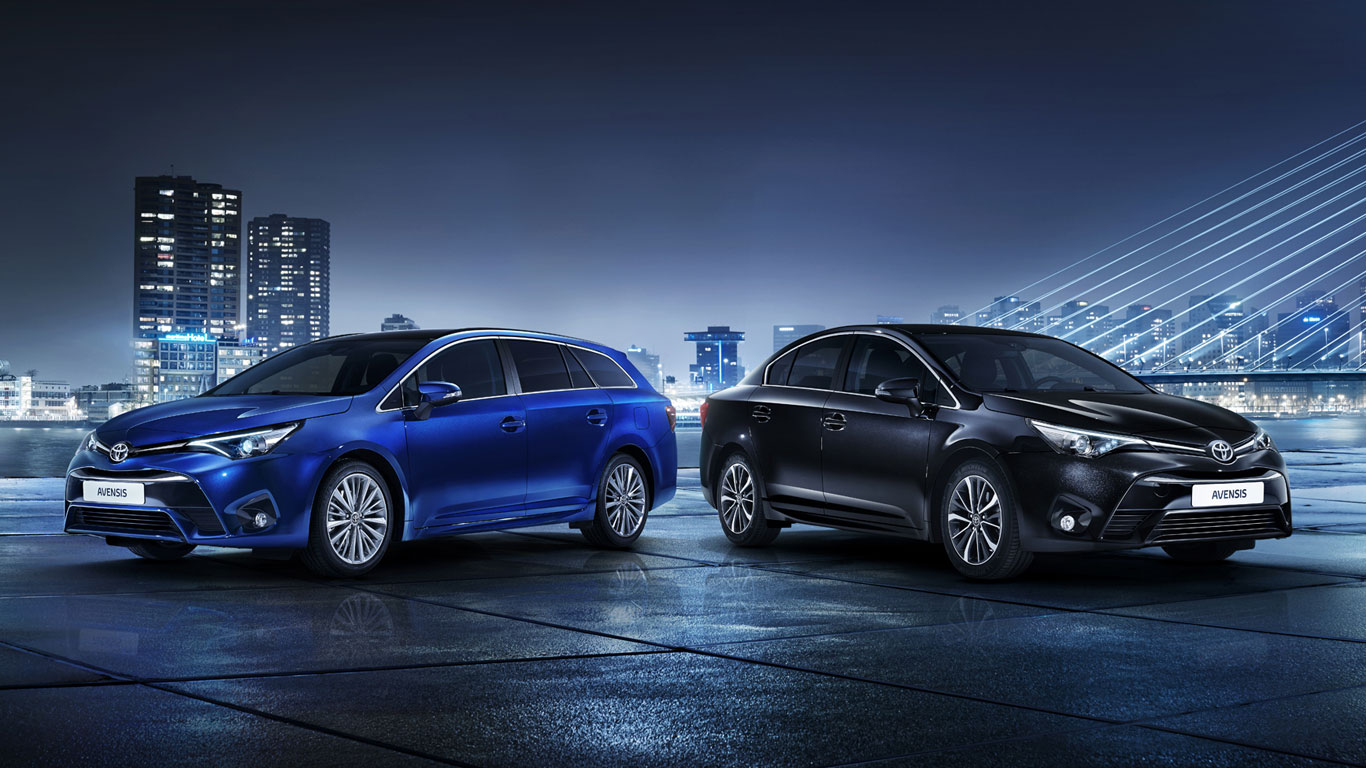 Toyota has released this picture of the revised Toyota Avensis saloon and estate models ahead of their official debut at the 2015 Geneva Motor Show.

Details are sketchy, but the company has confirmed that it’ll feature a new engine line-up – expect BMW diesel engines such as the 1.6-litre D-4D already used in the Verso MPV.

Styled at Toyota’s design studio in France, the Avensis has been updated to bring it into line with the rest of its range, including the facelifted Yaris. It also contains hints of the Toyota Mirai hydrogen fuel cell car, which was unveiled at the LA Motor Show in 2014.

We’ll find out more about the updated Ford Mondeo-rivalling Avensis at the Geneva Motor Show next month, where we’ll be reporting live.