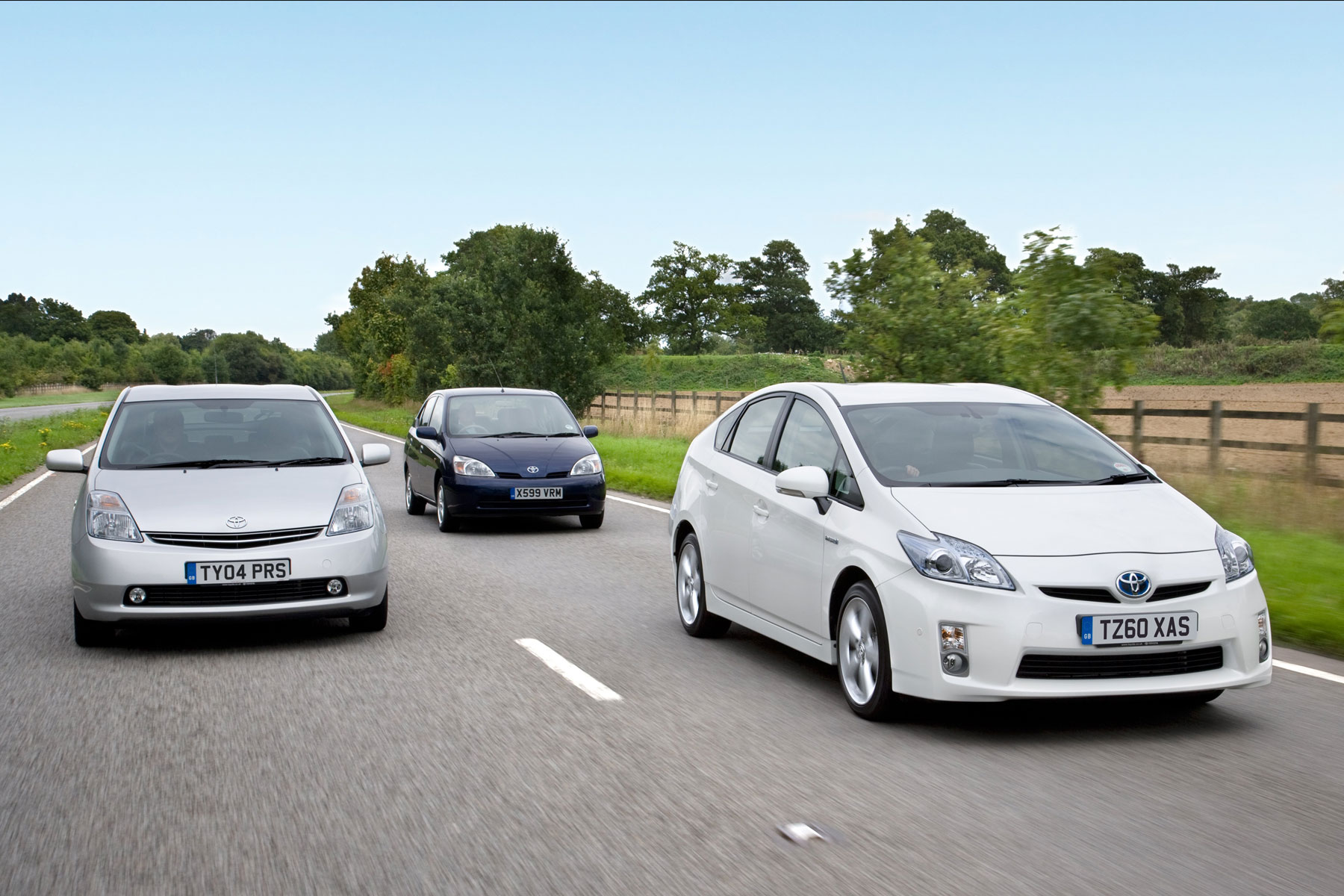 While sales of new alternatively-fuelled cars dipped by 1.3% in April, Auto Trader says the popular Toyota Prius hybrid car was the fastest-selling used car on its website last month. On average, a 2014 Toyota Prius took 14 days to sell.

“2017 has been a strong year so far for Toyota,” said Auto Trader’s retailer and consumer products director, Karolina Edwards-Smajda. “Both the Prius and the Yaris have excellent reputations for reliability and fuel economy, ensuring a healthy demand in the used car market and a dependable investment for dealers.

“As we can see from the range of vehicles making up the top 10 lists across the UK, there remains a healthy demand for all fuel types of used cars. Coupled with personal sales experience, data can be an effective tool in identifying which vehicles are the most desirable in your area. It can also tell you how much they should be priced based on the live retail market, helping you to build trust with your customers, and importantly, helping you to sell more cars more quickly.” 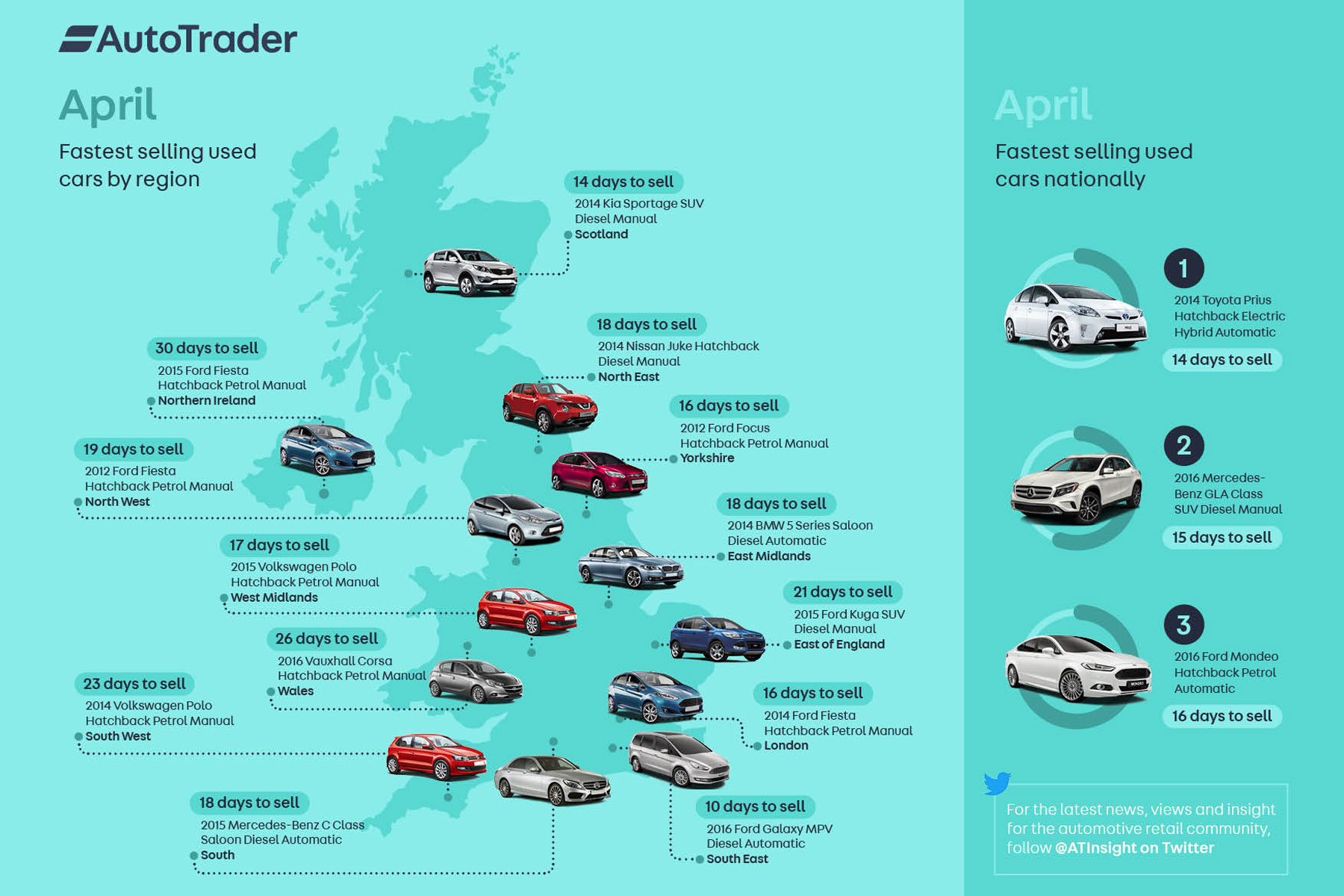 Toyota GB’s sales director, Mark Roden, added: “It’s great to hear that the huge surge in hybrid sales we’re seeing in new cars across the range is also helping sell pre-owned Toyotas too. It’s very clear the public are embracing hybrid as the solution not only to air quality issues, but also fuel economy and enhanced cabin ambience.”

The data also reveals that Ford models often prove popular on the used market, with the Fiesta (Britain’s most popular new car), Mondeo, Galaxy and Kuga all taking less than three weeks to sell on average.