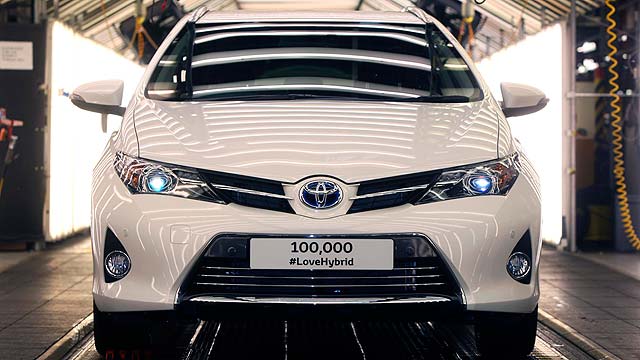 There are 100,000 Toyota hybrids on the road in Britain. And the number’s rising fast…

Toyota has sold its 100,000th hybrid model in Britain, 14 years after launching the first one at the 2000 British Motor Show.

It’s well ahead of other brands in terms of hybrid sales in the UK too – indeed, one of its closest rivals is sister brand Lexus, which is nearing 50,000 sales since the launch of the 2005 RX 400h.

Not only that, Toyota even actually now sells more hybrid Auris than either diesel or petrol – and hybrid will actually soon overtake sales of both diesel and petrol combined!

Toyota Prius breaks through at Birmingham 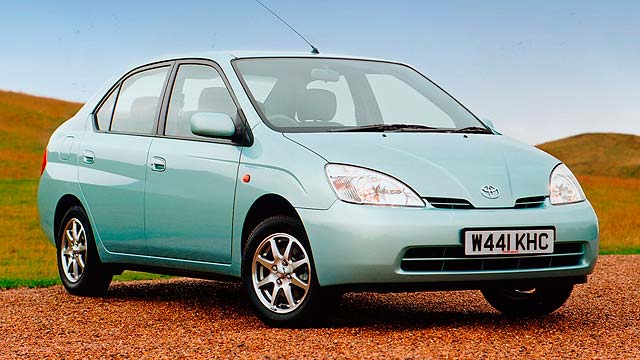 The world’s first mass production hybrid car was billed as “the word’s most environmentally friendly family car… on sale”, with Toyota boasting 61.4mpg on the urban cycle and 114g/km CO2.

For 2000, these figures were sensational.

Today, the technology spans six different models, from the Yaris Hybrid to the Toyota Prius Plus Hybrid. Toyota even now builds them in the UK, manufacturing both Auris and Auris Touring Sports in Derby for worldwide export.