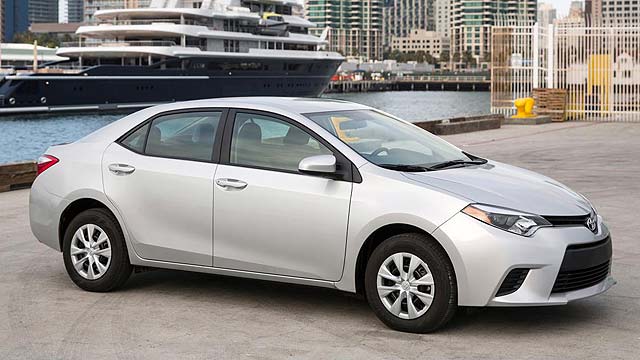 As both figures beat Ford, Toyota thus took a gentle swipe at the blue oval while making the announcement: “Based on Toyota’s analysis, various competitive claims based on “single nameplate” registrations may have excluded data for Corolla Axio, Corolla Altis, Corolla EX, Corolla Fielder and Corolla Rumion, which are identified and marketed as Corolla sedans and wagons.”

Ford will no doubt hit back that the One Ford policy means it was actually ‘one Focus’ that reached such highs, rather than a range of cars wearing the Corolla name. Which has a more genuine claim to top spot? You decide.

Something Ford’s unlikely to claim just yet is the title of the world’s best selling car ever. The Corolla was introduced in 1966 and, since then, more than 40 million have been sold – making the all-time best-selling vehicle model.

“Being the world’s best-selling car speaks volumes about the satisfaction and loyalty our customers feel about the Corolla and Toyota,” said Bill Fay, Toyota division group vice president and general manager.