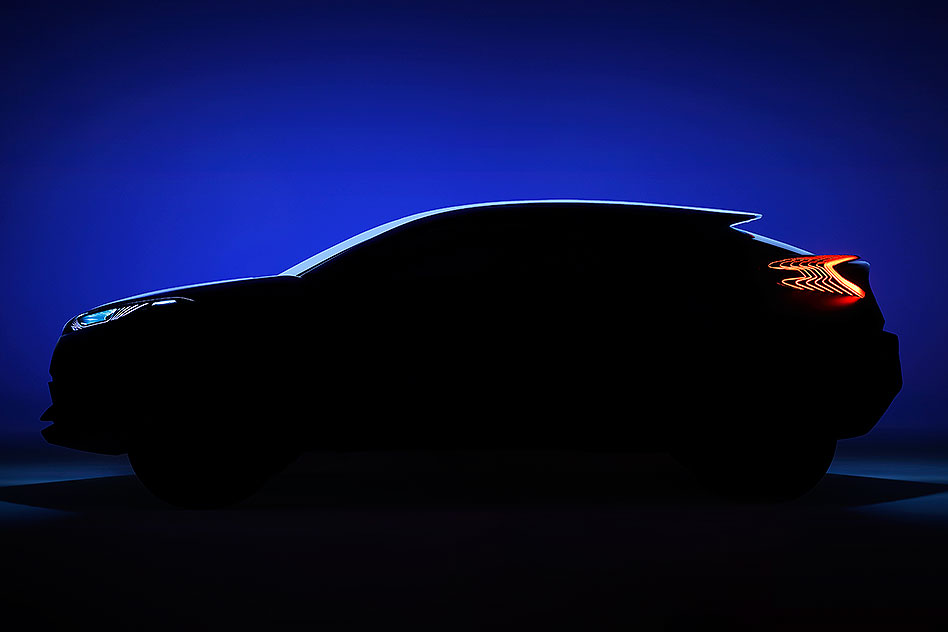 Toyota will show a new crossover concept called C-HR at the Paris Motor Show 2014, previewing a future showroom-bound rival to the Nissan Qashqai and Juke.

The new concept crossover will also showcase Toyota’s new design language, says the firm, which is described as “powerful”.

Encouragingly, Toyota says it will be engaging to drive and, like most of its other key models, be based around a hybrid drivetrain. It’s likely to be based on the Auris platform, so will probably pair a 1.8-litre petrol engine with an electric motor.

Toyota may also give it plug-in capabilities, for ultra-low claimed emissions and 100mpg-plus fuel economy.

The firm has released a teaser of the new C-HR crossover concept, but this doesn’t reveal much – other than indicating some radical styling details for the new model. Check out the stylish rear lights or aggressive rake to the rear window. The car also appears to have a sporty stance, making it much sportier than many other Toyotas.

It’s not actually clear which sector Toyota will be aiming the C-HR at, though. Spies have shown crossover-look versions of the Auris during testing, suggesting an Auris Cross model to rival the Nissan Qashqai could be one option. However, that rakish roofline means the firm could be targeting the smaller Nissan Juke – this is a high-growth vehicle sector at the moment, one which Toyota is absent from.

The new Toyota C-HR crossover concept will be revealed in full – and our questions will be answered – at 8am on the Paris Motor Show 2014 press day on 2 October.