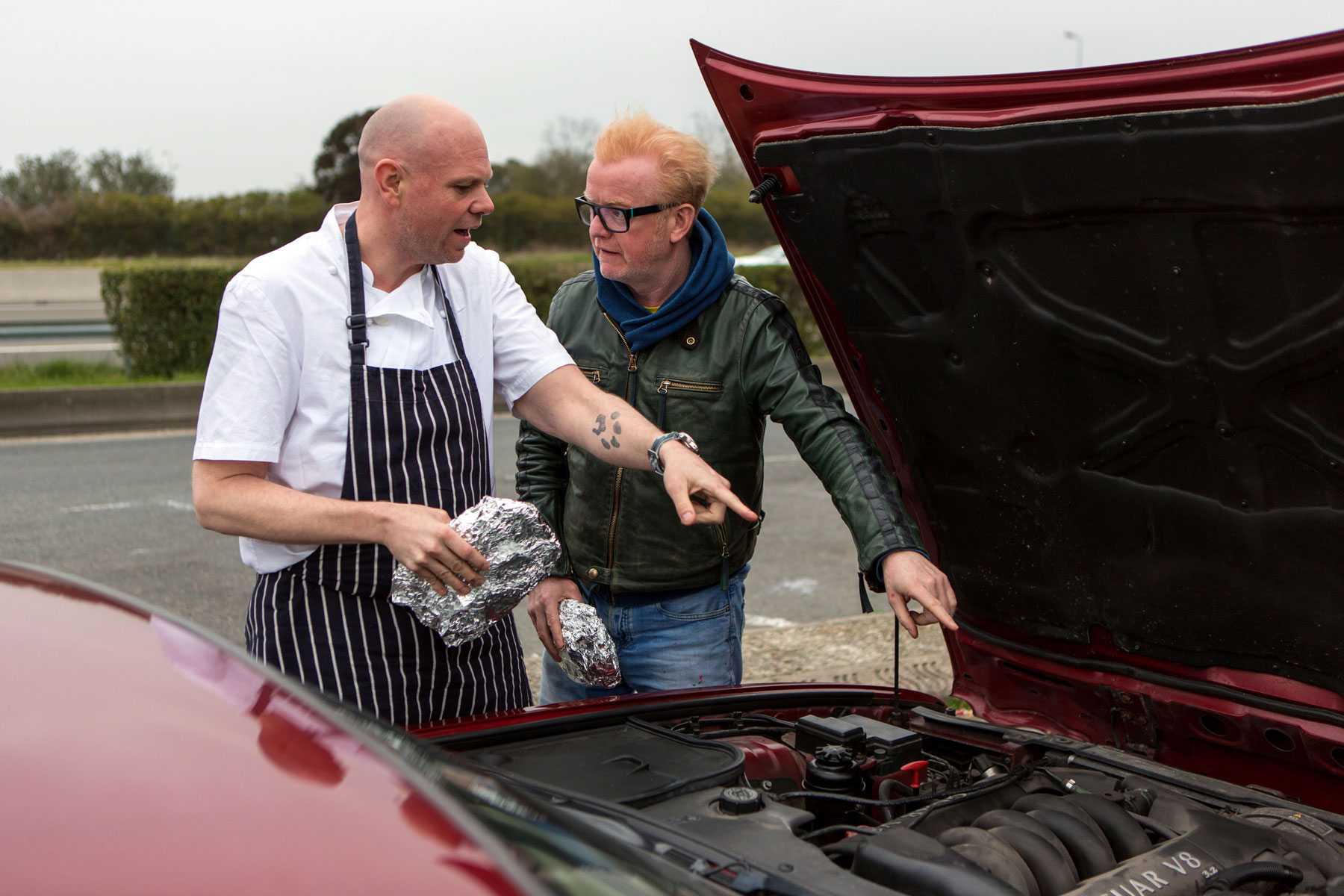 Time flies when you’re having fun, although try telling that to ratings-obsessed Chris Evans. We’ve reached episode four of the new series of Top Gear quicker than The Stig doing a hot lap in a Pagani Huayra.

Some say, after an uncertain start, Top Gear is bedding in rather well, thanks mainly to Matt LeBlanc, Chris Harris and Rory Reid. But what does this weekend’s episode have in store and can the Ginger One come out from behind the sofa?

The trailer kicks off in classic Top Gear style – with a train.

We’ve been here before. Long time Top Gear fans will recall the epic Aston Martin DB9 vs. the Eurostar and TGV, way back at the beginning of series four. Then there was the Nissan GT-R vs. the Japanese bullet train in series 11, plus with the Shelby Mustang GT500 vs train in series 19. The show has a… ahem… long track record of racing trains.

The trailer suggests that Eddie Jordan has been chosen as the man to let the train take the strain; hardly surprising given his exploits behind the wheel in episode two. Hashtag BrokenMercedesSUV.

Which leaves Chris Evans, Matt LeBlanc and Sabine Schmitz to each buy a cheap second-hand car and drive to Venice. The aim: to prove that road travel can be just as luxurious as taking the train.

The twist — well this is Top Gear — is that each driver must collect a Michelin star chef, who must in turn prepare a dish on route to Venice. Tricky enough in the back of Sabine’s Audi A8 or Chris’ Jaguar XJ8, but surely impossible on the back of Matt’s motorcycle? Time will tell.

Meanwhile, Rory Reid, who made his Top Gear debut in last week’s episode, gets to drive the all-electric Tesla Model X. It’s almost a year to the day when the newly elected president of the Focus RS Fan Club submitted his audition tape to the show’s producers.

A year is a long time in showbiz, darling.

I submitted my audition tape to #TopGear 353 days ago. Finally, tonight, I make my debut on the show. BBC 2, 8PM. Thanks for supporting

As for Chris Harris, his stock continues to rise, not least because of his Ferrari feature. This week it emerged that ‘harrismonkey’ is to star in a series of ‘longer-form web vidz‘ for the Top Gear website. The reaction on social media suggests that the BBC has played a blinder.

So we’re doing the longer-form web vids for https://t.co/vBuRyZgluE ! Me and @NeilosCarey have re-formed the band! https://t.co/1xqHWrSdgg

How do you follow what looked like an epic drive in a Ferrari 250 GT Berlinetta TDF and F12tdf? An Aston Martin Vulcan at Abu Dhabi’s Yas Marina circuit – yeah, that ought to do it.

With 800hp on tap, the Vulcan is the most extreme Aston Martin ever and its use is limited to the track. Only 24 Vulcans are expected to be built, with each one costing £1.8 million. Can’t wait to hear what the 7.0-litre V12 sounds like on track. 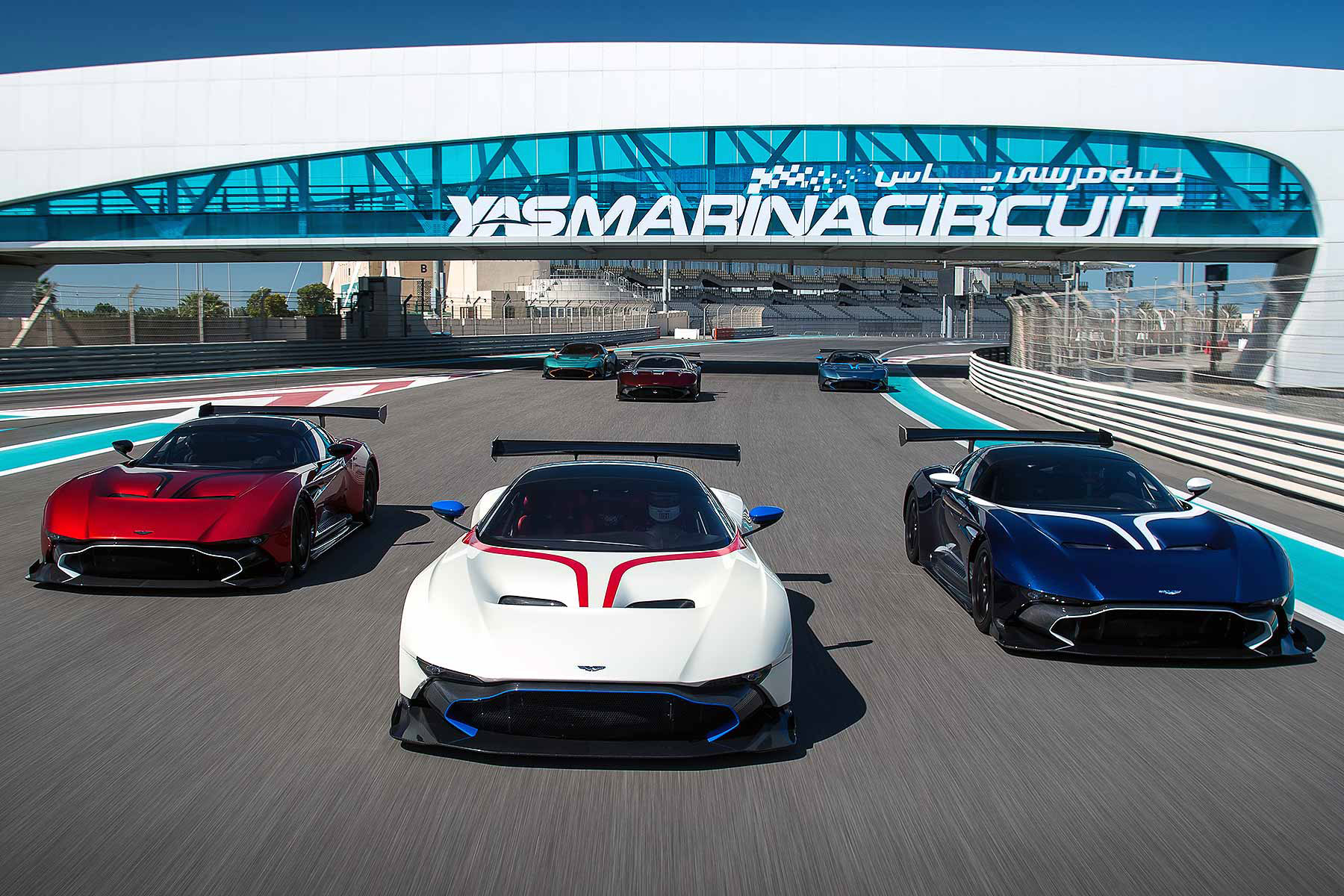 This week’s Stars in a Rally Cross Car are Professor Brian Cox and Bear Grylls. Given his experience off the beaten track, our money is on Grylls to put in a good time. That’s if he can resist the temptation to cook some insect stew during his hot lap.

Tune in to BBC2 on Sunday at 8pm to see if the train can emerge victorious against the car. Alternatively, there’s some football on the other side. Just something else to complain about on social media…