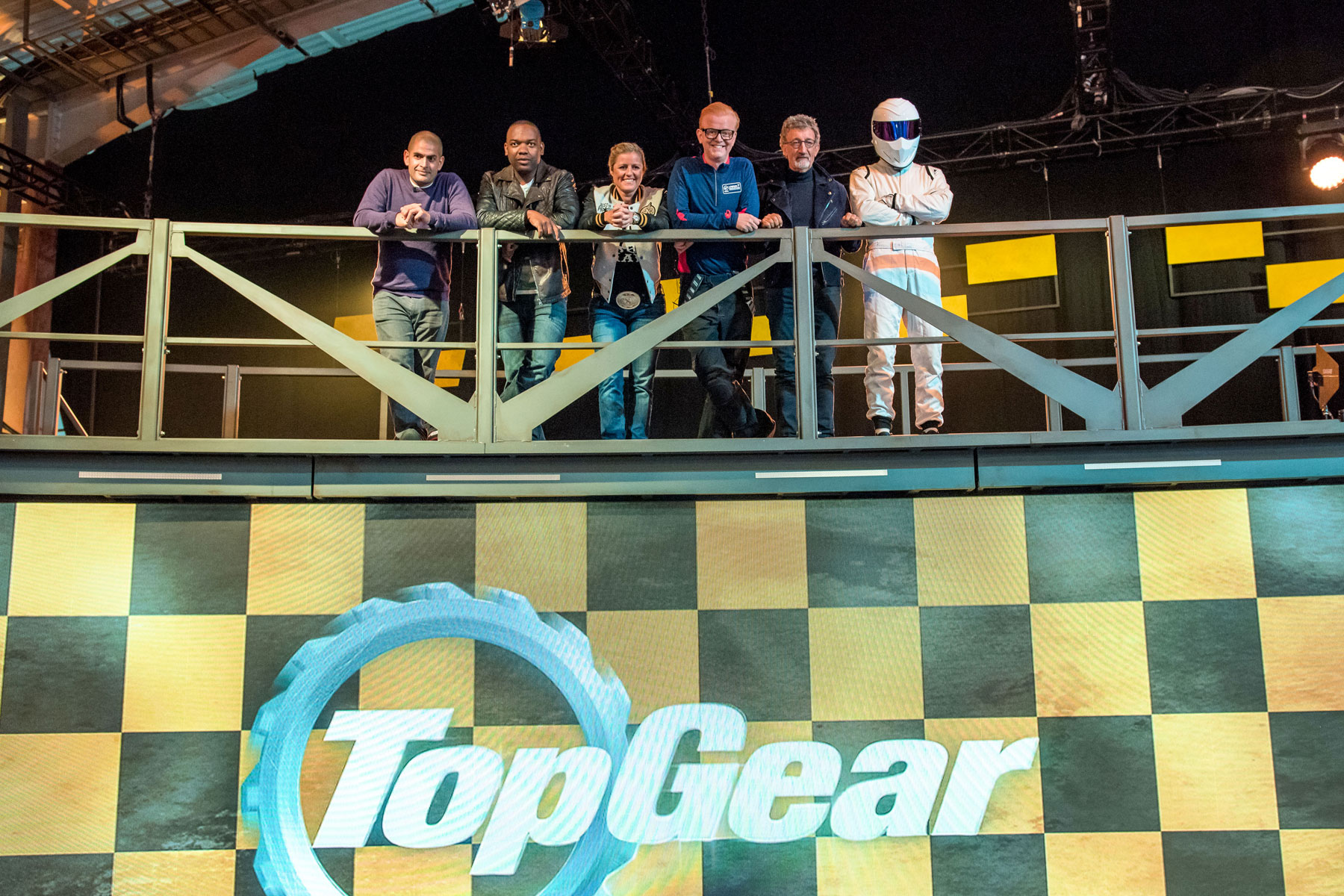 After weeks of being bashed from B-pillar to post as the world and its dog had a say on the new Top Gear, Chris Evans has finally given in to the pressure of poor ratings and media haranguing. He resigned today, tweeting: “Stepping down from Top Gear. Gave it my best shot but sometimes that’s not enough. The team are beyond brilliant, I wish them all the best.”

No sooner had the dust settled on series 23, it was being reported that fewer than two million viewers tuned in to watch the final episode. Not great, especially when you consider that no episode during the reign of King Clarkson dipped below the two million mark.

We hesitate to say you have to feel some sympathy for Chris Evans, because the word on social media street is that the Ginger One is about as popular as a Mustang at the Green Party Autumn Conference.

But given Evans was the first star through the door, he was kind of left as the designated driver as the party’s latecomers enjoy a ruddy good knees-up. Cut through the media noise and you’ll find that LeBlanc, Harris and Reid are being lauded as a kind of Clarkson, Hammond and May 2.0.

And, whisper this, but the disappointing ratings could be a symptom of Top Gear transforming itself into a car show. Although the celeb section feels longer and even more laboured than before, there’s a distinct whiff of petrolhead about the other features.

Truth is, new Top Gear has gathered momentum. After a slow and uncomfortable start, the series gathered pace, enabling us to select five highlights from new Top Gear. This in itself might have been challenge if the other five episodes had been as laboured as the first. 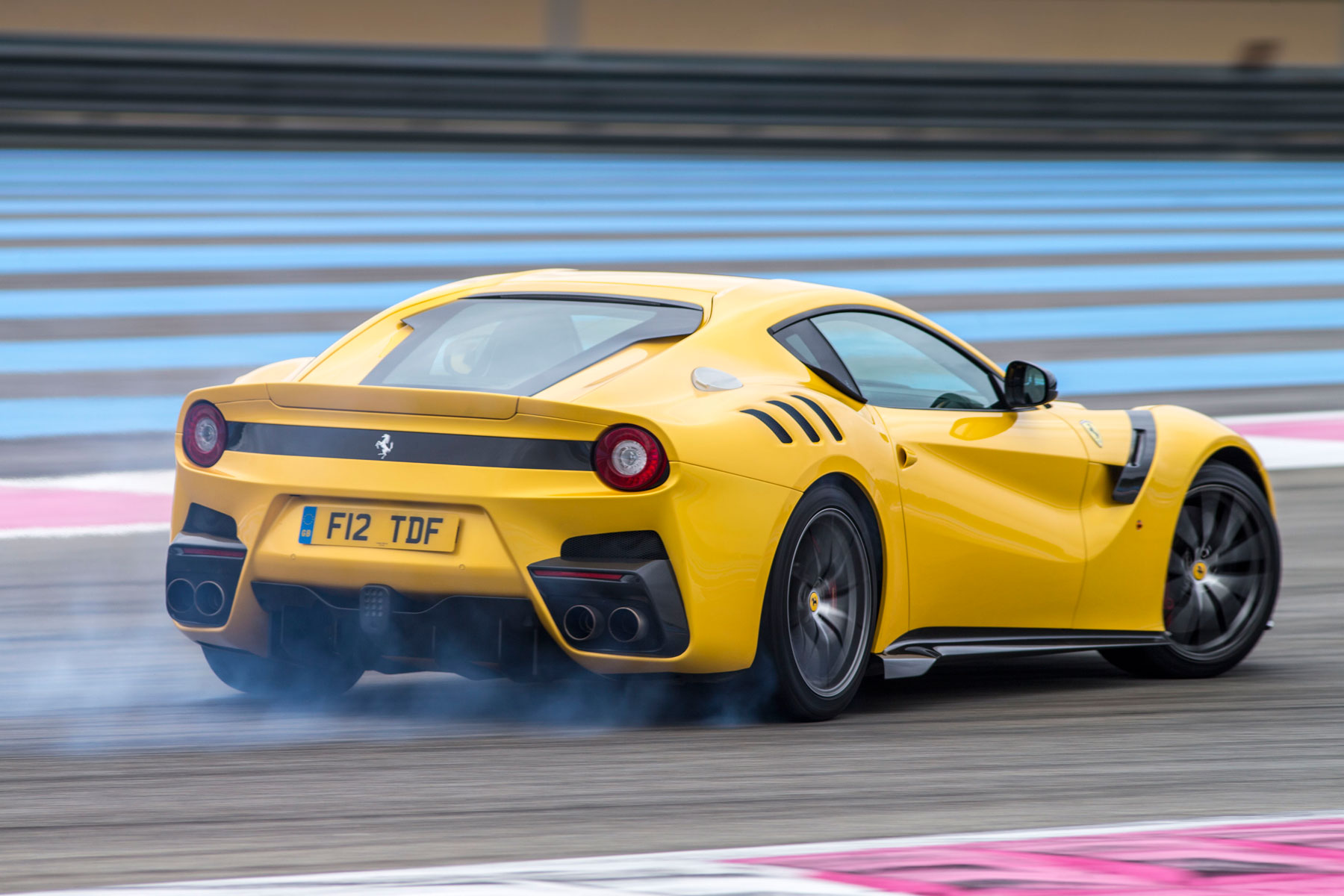 If the first two episodes felt a bit Missed Gear, episode three is where the show performed the perfect shift. Cenotaph controversy aside, the Hoonigan in London made for a spectacle delivered in the true spirit of Top Gear.

It’s probably no coincidence that this episode coincided with the show’s wider team getting some proper airtime. With Chris Harris and Rory Reid released from the BBC Three broom cupboard, Top Gear seemed to click. And while Reid’s hot hatch feature finished on the podium, the laurels are reserved for Chris Harris and his Ferrari review.

For the first time since #steakgate, we watched a Top Gear segment and didn’t find ourselves thinking: this would have been better with Messrs Clarkson, Hammond or May. An evocative soundtrack, a glorious stretch of French tarmac and a classic Ferrari 250 GT Tour de France: this was Top Gear gold.

It got better. Watching Chris Harris taming the Ferrari F12tdf at the Circuit Paul Ricard was one of the show’s highlights. You listen to Harris because he has driven just about every performance car under the sun. It also helps that he knows a thing or two about driving. 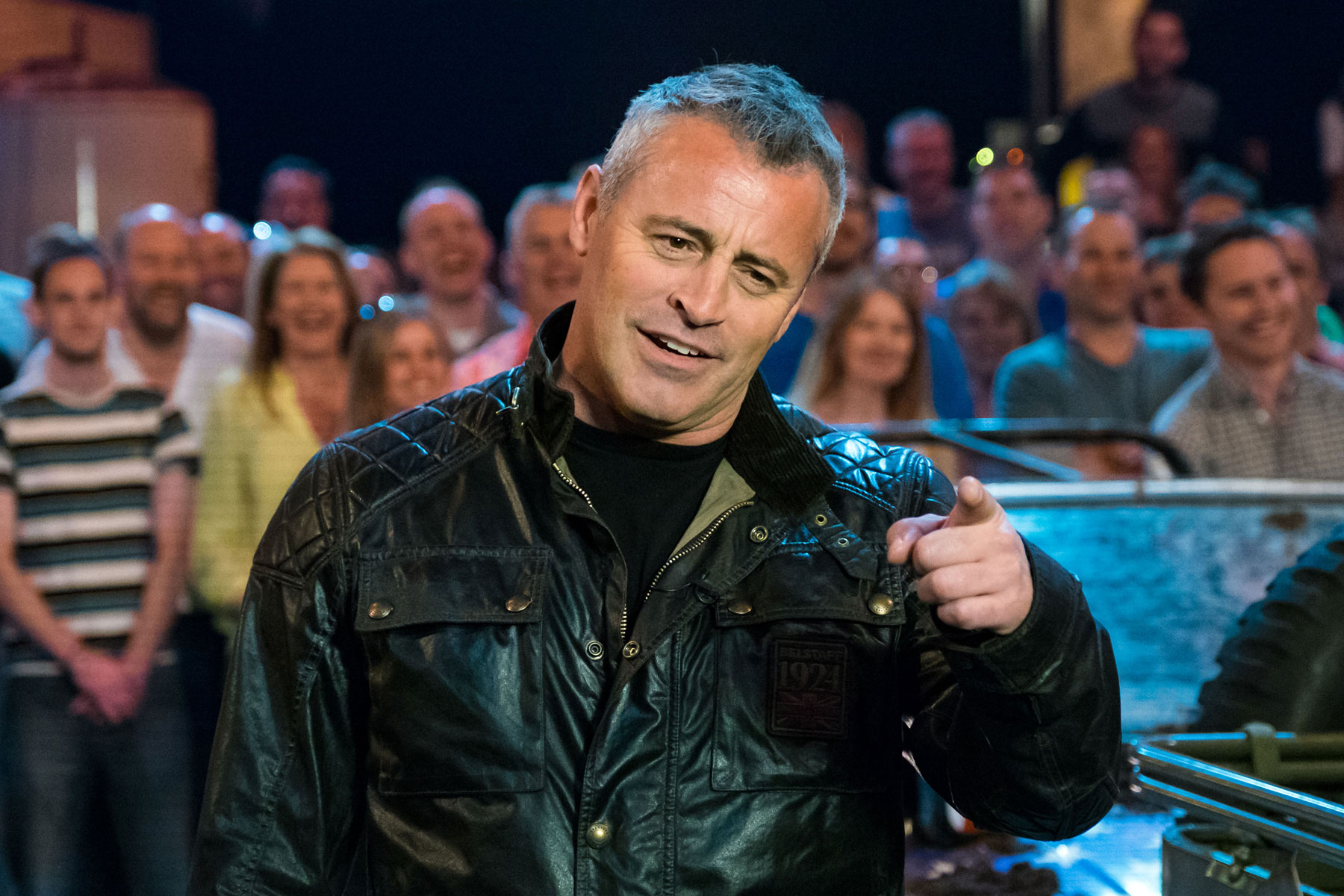 Adding a dash of American into a decidedly British recipe was an international incident waiting to happen. But while you could argue that the Evans and LeBlanc relationship has about as much chemistry as Gove and Johnson, the Friend formerly known as Joey has been a surprise hit on Top Gear.

Matt LeBlanc’s deadpan delivery is a welcome contrast to Chris Evans’ shouty and trying-too-hard-to-impress approach. The Reliant Rialto feature of episode one won’t go down as one of Top Gear’s finest hours, but LeBlanc was a rare glimmer of sunshine in otherwise miserable conditions.

It got better. He was good in the SUV test, delightfully straight-faced alongside Ken Block in London, superb on the Honda Gold Wing, composed in the Rolls-Royce Dawn, and a man of the people in the Porsche 911 R.

In fact, his 911 R feature was one of the best of the series. LeBlanc might not have the ability to drive sideways in the manner of Harris, or the speed of Sabine Schmitz, but he comes across as a man on our level. And that’s no mean feat when you’re a Hollywood A-lister.

In drawing comparisons with the 911 GT3 RS and carmakers’ obsession with lap times, LeBlanc spoke for all of us. Heck, he even missed a gear or two, just to make us feel even more at home. And the great British sandwich was a great American prop. Top work, LeBlanc. 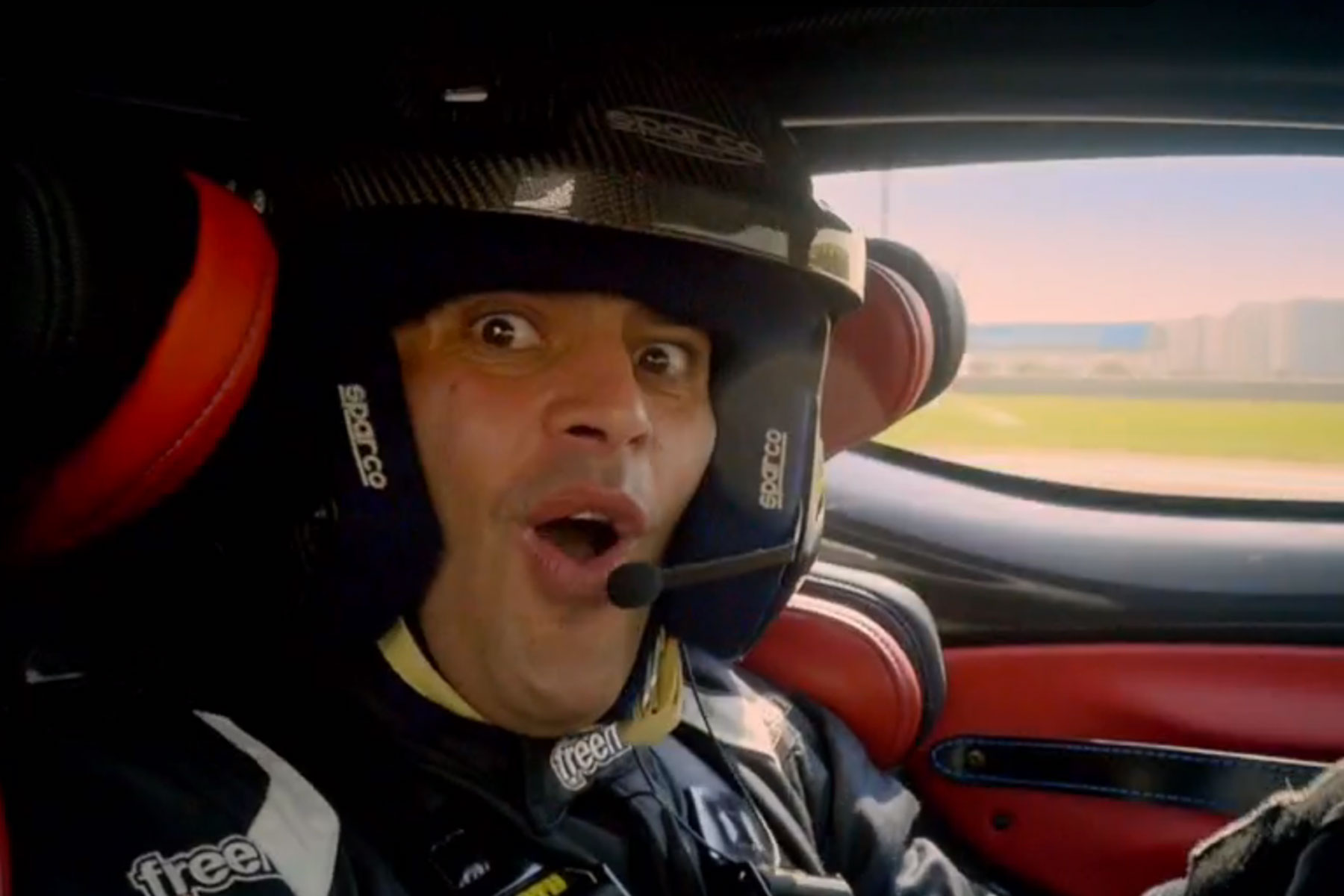 Episode four was a bit of a mixed bag. Like a product of British Leyland on a damp morning, the Venice cheap car challenge never seemed to get going. It was trying desperately hard to feel like a Top Gear challenge of old, but it failed to hit the mark.

Part of the problem was the lack of jeopardy. The cars were just too reliable for their own good; we want tired Alfa Romeos, ropey Porsches and supercars for the price of a Ford Mondeo. We invested a great deal in willing the old presenters to victory, but here we were simply willing the section to end.

Rory Reid’s Tesla Model X feature was beautifully filmed and expertly delivered, but once again we turn to Chris Harris for the highlight. The Aston Martin Vulcan at Yas Marina was Boy’s Own stuff. The cinematography, the track, the car, the overall package – all tip-Top-Gear.

Chris Harris has an ability to put you at the centre of the action, driving the cars you would otherwise only dream of. If this sounds like a Chris Harris love-in, so be it. We think @harrismonkey represents the future of Top Gear. 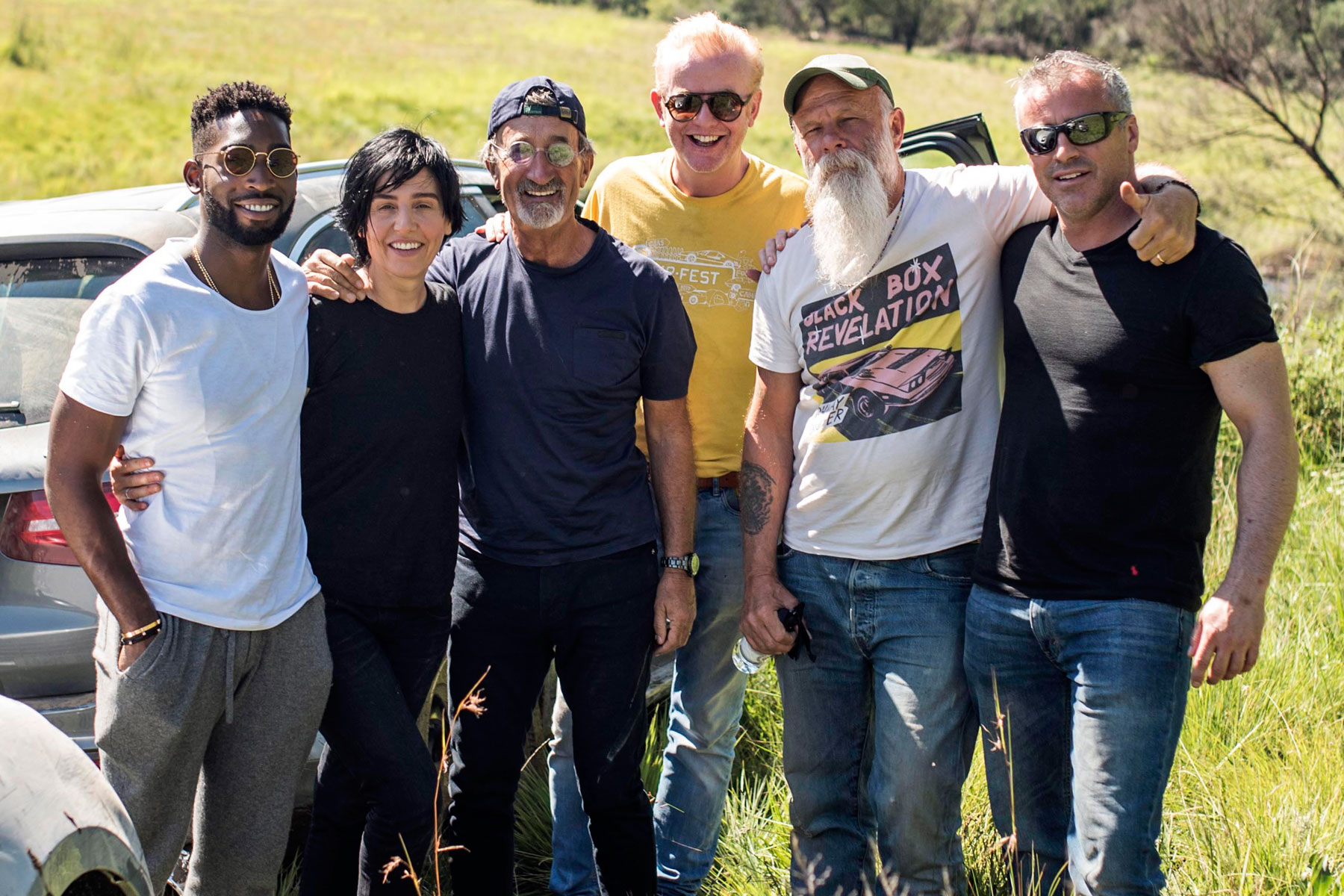 This had the potential to be a disaster. Three celebrities joining three new presenters in trying to pull off a typical Top Gear challenge. No expense was spared in this feature, with the team of six flown to South Africa to take part in the ultimate SUV test.

Why did it work? Firstly, and in a break from tradition, you actually came away thinking you had learned something about the cars being tested. Like a geography field trip at school, taking the lesson out of the classroom and into the fresh air ensured you’d discover more about the Jaguar F-Pace, Porsche Macan and Mercedes-Benz GLC.

Secondly, against all the odds, the partnerships seemed to work: Sharleen Spiteri and Eddie Jordan as the odd couple, Chris Evans and Seasick Steve as Smashie and Nicey, and Matt LeBlanc and Tinie Tempah as cool and cooler.

By the end, we were willing the teams to the finish post, finding genuine laughs in the border crossing and Eddie Jordan’s inability to operate a four-wheel-drive system. Great stuff and, for us at least, one of the series highlights.=

Rory Reid makes it look easy (which it isn’t) 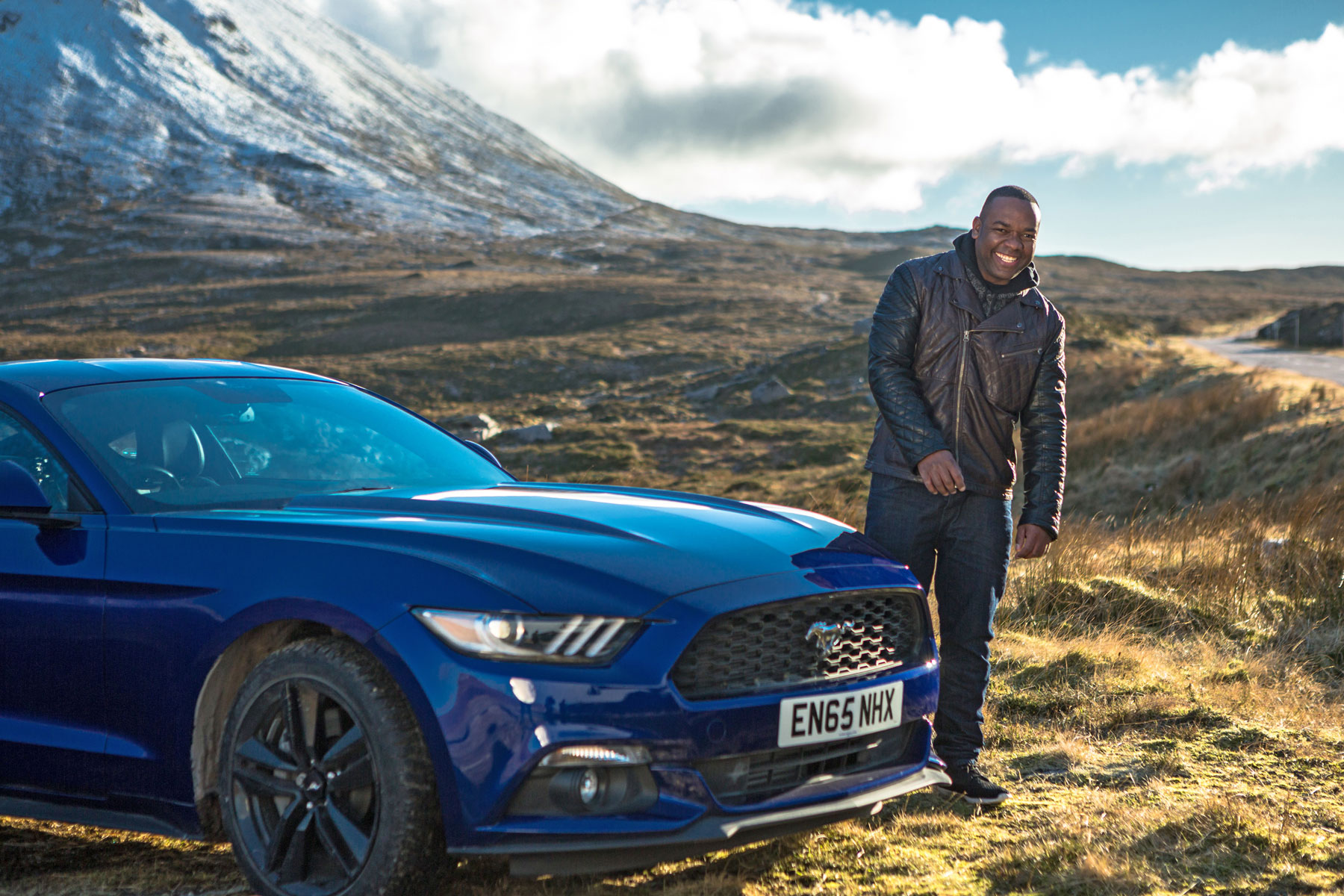 Don’t take this personally, Rory Reid, but we hate you. How can ‘somebody off the internet’ make it look so easy? Some people dismissed the open auditions as a publicity stunt, but in giving Reid his Top Gear break, the approach has delivered.

He spoke for a nation when he reviewed the Ford Focus RS, while his Jaguar F-Type SVR drive to Geneva was spine-tinglingly good (although Norman Dewis had a big role to play in this).

As for the Ford Mustang piece, Rory Reid proved he is the master of the metaphor and the supplier of common sense. That he was surrounded by breathtaking Scottish views and big-budget cinematography is neither here nor there. Reid proved that he has the ability to morph from the small screen to the big stage.

With Evans gone, the future of Top Gear is far from certain. But our advice would be to look beyond Evans, beyond the ratings and beyond the outpouring of hate on social media. We’ve seen enough evidence to suggest The Grand Tour might have some competition after all.