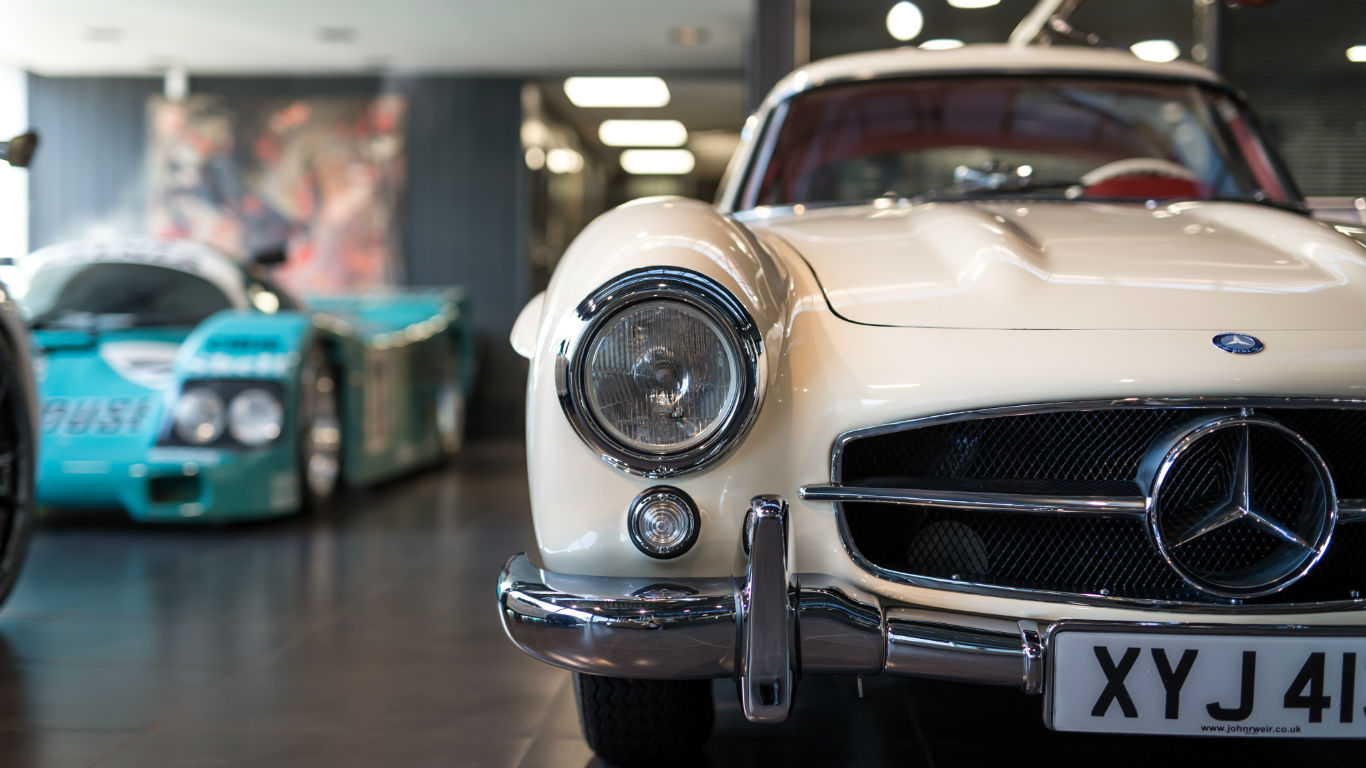 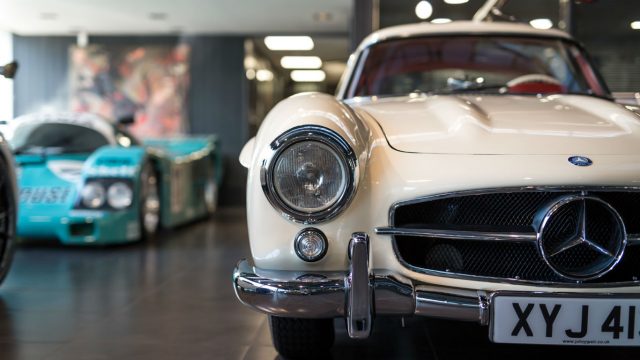 London’s Great North Road isn’t the first place you’d expect to discover classic car nirvana. But leave your preconceptions at the door, because Hexagon Classics is precisely that. Its stylish showroom is packed with around 70 cars, from rare Aston Martins to race-bred Porsches. It’s the dream, lottery-win garage we’ve always pictured in our heads. Join us for a guided tour. 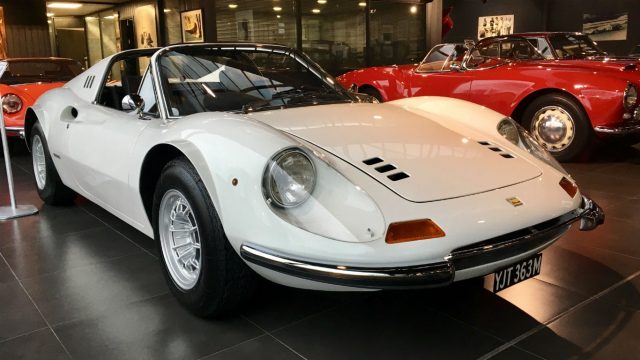 One of the most beautiful cars ever made? Definitely. The V6-engined Dino was Ferrari’s first ‘budget’ sports car, produced from 1968-1974. Named after Enzo Ferrari’s son, it never wore the prancing horse badge, although many owners added them retrospectively.

This particular Dino is a targa-topped GTS, and one of circa. 20 right-hand-drive cars with flared wheelarches. These were a factory option designed to accommodate the wider Campagnolo alloys. 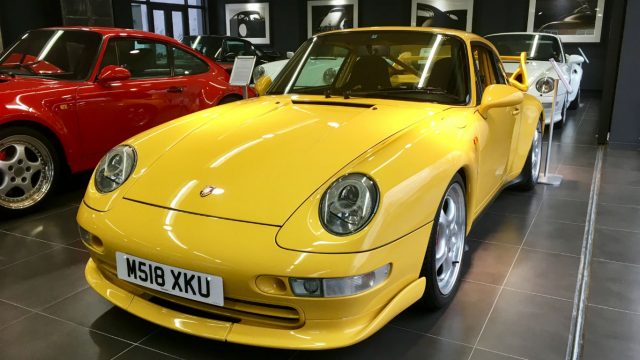 Hardcore, you know the score. The lightweight 993 Carrera RS is a homologation special based on the Carrera Cup racer, and one of the most desirable Porsche 911s ever. This is one of 227 cars built to Clubsport spec, with a rollcage and no power steering.

Inside, the Clubsport has no carpets or rear seats, minimal sound-deadening and wind-up windows. Hey, what do you expect for £399,995? Nonetheless, a 300hp 3.8-litre flat-six, short-ratio gearbox and aerospace rear wing make this the ultimate track toy. 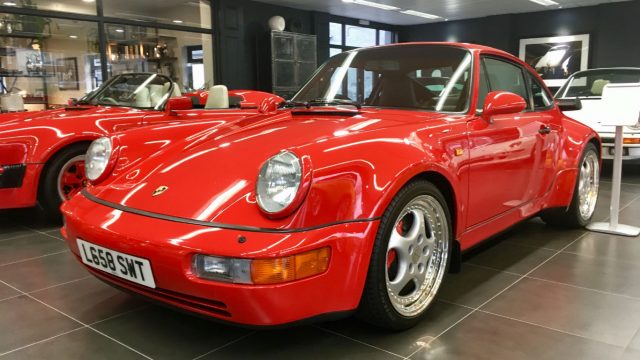 Wide of track and giant of wing, the steroid-pumped 964 Turbo is all mouth and all trousers. It also looks totally traffic-stopping in trad-Porsche Guards Red. Launched in 1990, the 964 boasted friendlier handling and a less turbo lag than its 930 predecessor.

This car has the uprated 360hp 3.6-litre engine (versus 320hp in the original 3.3), plus a range of factory options including electric sports seats, a locking differential and polished split-rim alloys. Hexagon’s website calls driving it an ‘instantly invigorating experience’. 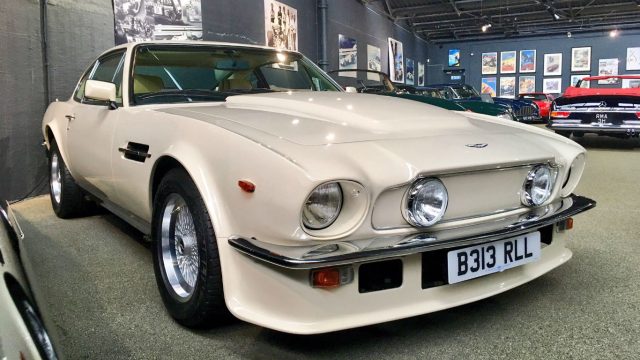 Not to be confused with the modern V8 Vantage, this is a prime cut of classic British beef. The Vantage is distinguished from the standard V8 by its blanked-off grille and bonnet scoop. Engine mods such as high-lift camshafts and bigger carburettors helped it to a 170mph top speed – genuine supercar performance in its day.

Built in 1984, this Vantage is finished in Cheltenham Beige with cream leather. It was restored in 2015 and has covered just 8,587 miles from new. We bet it sounds epic. 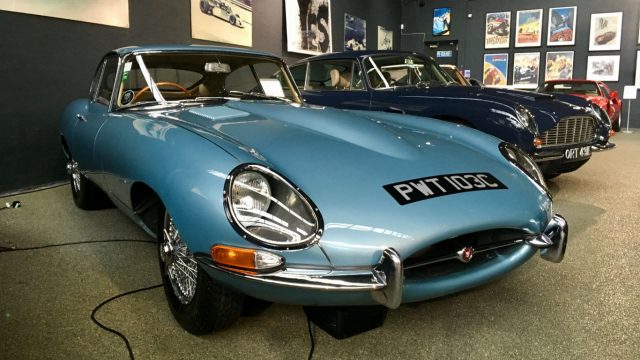 Here’s another British classic that’s barely run-in. This 1965 E-Type Coupe spent most of its life in New Zealand and has a mere 10,513 miles on the clock. It even smells like new.

Hexagon’s E-Type is pretty much our perfect spec: a Series 1 (with covered headlights), the larger 4.2-litre engine (introduced in 1964) and wire wheels. Price is ‘on application’, but expect to dig deep… 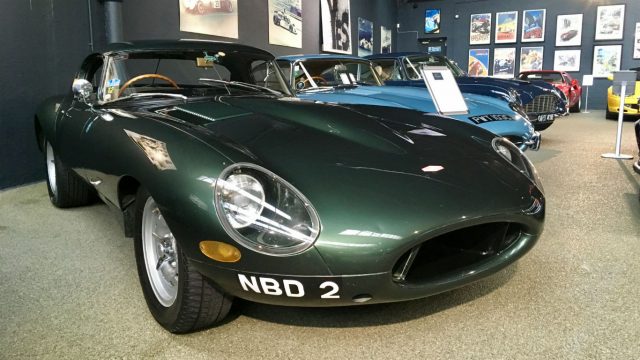 Enzo Ferrari famously described the E-Type as “the most beautiful car ever made.” But clearly il Commendatore had never seen a Lightweight E-Type: the sleeker, competition-spec car looks even more fabulous.

This ‘Semi-Lightweight’, built in 1991, is a hand-crafted replica of the original factory racers. It has taken part in numerous classic events across Europe, including the Prix de Alpes, Rallye Pyrenees and Carrera d’Espagne. Imagine witnessing this blasting up an Alpine pass. 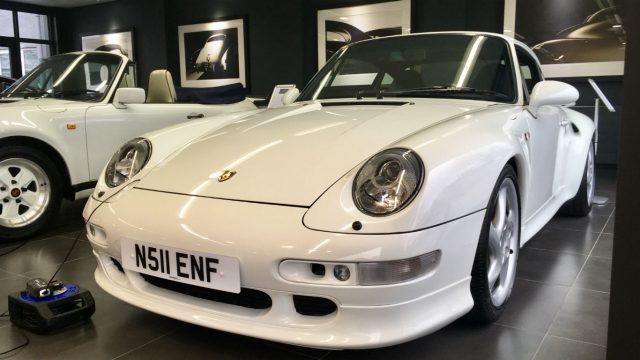 We spotted no less than six Porsche 993 Turbos on our visit to Hexagon Classics, but this one stood out. It was fitted with factory X50 power upgrade when new, which essentially takes the car to 430hp Turbo S-spec. With four-wheel drive to tame all those wild horses, this could be the ultimate ‘daily-driver’ classic 911.

Originally delivered to Japan, this left-hand driver also has air conditioning, a full leather interior and (oh yes) yellow seatbelts. With 26,200 miles from new, it will set you back a fiver less than £200k. 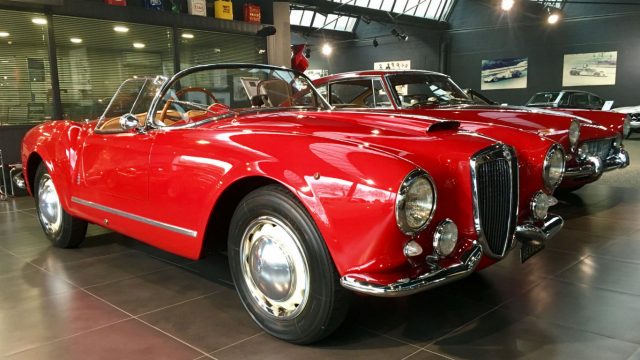 The Pininfarina-penned Aurelia looks tailor-made for touring the vineyards of Tuscany, roof-down and sun glinting off its lustrous chrome trim. The two-seat B24 Spider was designed for the American market and only 240 were made. This is one of only 59 right-hand-drive examples.

The view through the Spider’s lovely wood-rimmed wheel is dominated by a large speedo that reads to 160kph. We love the voluptuous wrap-around windscreen and sofa-soft leather seats. Just wonderful. 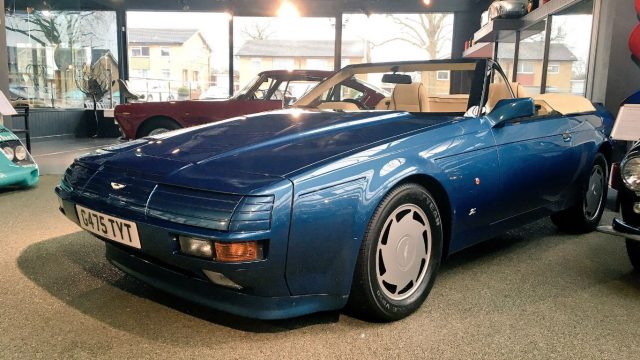 As 80s as Club Tropicana or Tom Cruise in Ray-Bans, this alternative take on a classic Aston won’t be to everyone’s taste. Italian styling house Zagato has a long history of modifying Aston Martins, and the all-alloy Volante is one of its most radical designs. 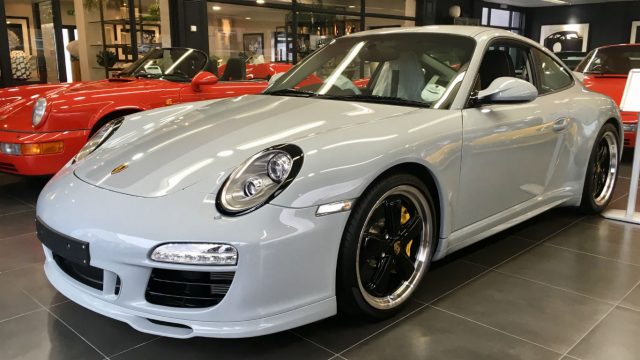 If this 2010 Porsche 911 looks brand new, that’s because it is. Unbelievably, it has covered just 80 miles, which is either a tragic waste or a fantastic opportunity – depending on your point of view. The Sport Classic is one of most collectable modern Porsches, with styling that evokes the iconic 911 2.7 RS.

Chief among those retro details are a ‘ducktail’ rear spoiler and lovely Fuchs-style alloy wheels. The Sport Classic shares its 408hp 3.8-litre six with the 997 Carrera S, offering 0-62mph in 4.6sec and 188mph flat-out. This is number 142 of the 250 cars built. 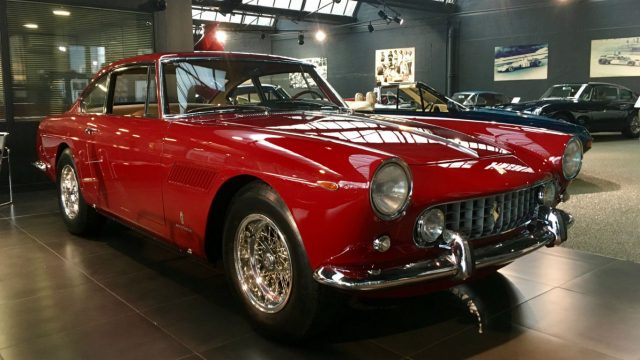 Hexagon describes this Ferrari as being in ‘genuinely concours condition’. More than 2,000 hours have been spent restoring it since it was imported from the USA, including a respray in the original Rosso Bordeaux. A 250 GTO for the family? Not quite, but it’s the closest you’ll get.