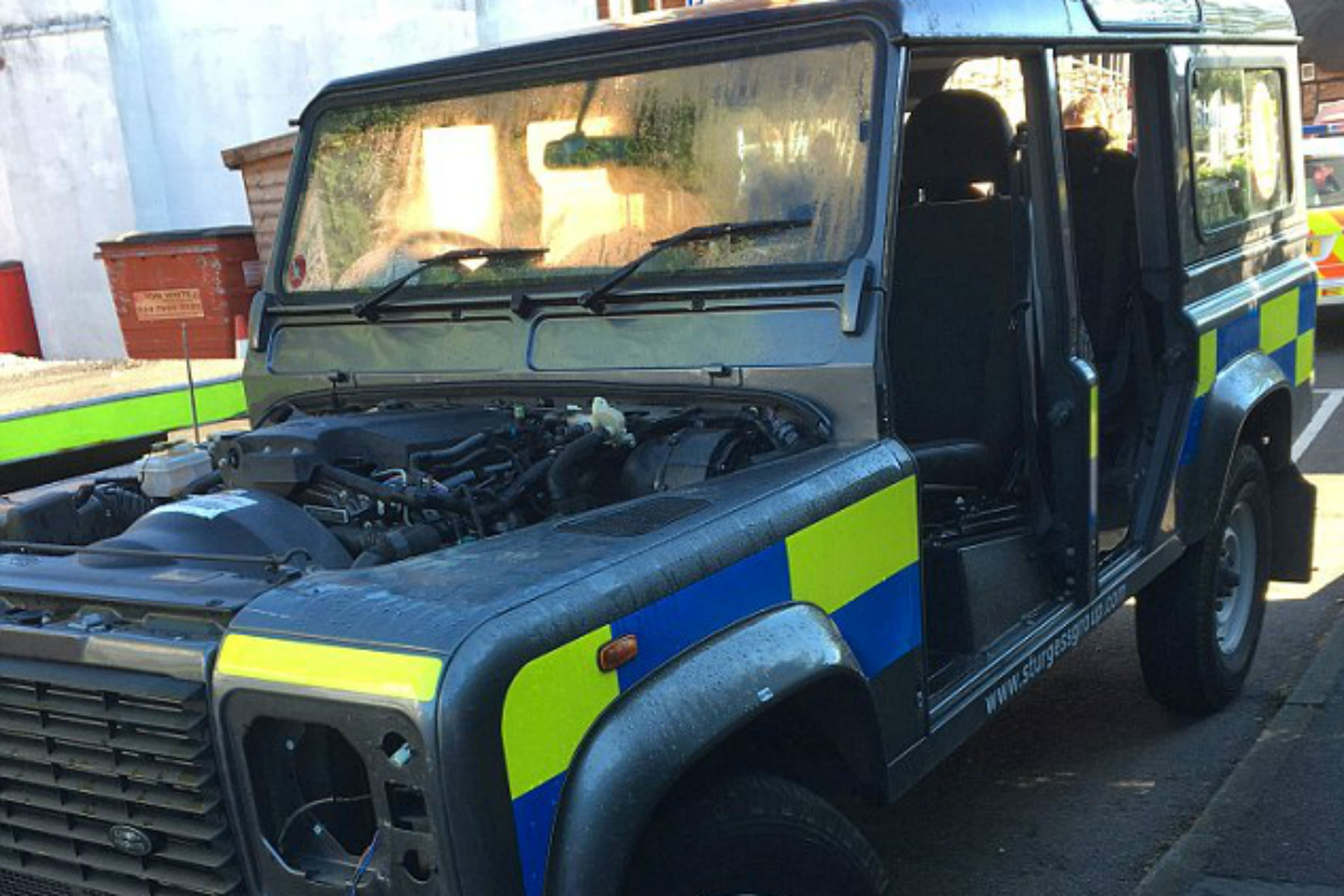 Land Rover Defenders are like huge Meccano kits – easy to take apart using little more than a spanner and can of WD40.

They’re often stolen by specialist thieves looking to make money by breaking the desirable off roader for parts – but some brazen crims in Leicestershire have stolen parts from a Defender on the side of the road, leaving the bare shell for its owners to find the next day.

And to make the crime even more daring, the target Defender was owned by Leicestershire Police – and parked outside a village police station.

The Defender, which was reportedly loaned to the police force by Sturgess Land Rover, was discovered on Friday morning, with five doors, its bonnet and headlight surrounds missing.

It was finished in distinctive police livery and was used for rural policing duties such as poaching or theft of agricultural machinery.

A spokesperson for Leicestershire Police said: “We are investigating an incident of theft from a motor vehicle.

“It is believed to have happened between 11pm on Thursday and 5.45am the following morning. The Land Rover Defender was parked in Shenton Lane, Market Bosworth.

“It was discovered with its doors and bonnet, which contained Leicestershire Police livery, missing.

“Enquiries into the theft are continuing. Anyone with information about the incident is asked to call PC 207 Rob Cross on 101.”

Values of the Land Rover Defender have rocketed since production ended earlier this year. Police have issued several warnings in recent months as criminals are targeting old Land Rovers to ship abroad or break for parts.