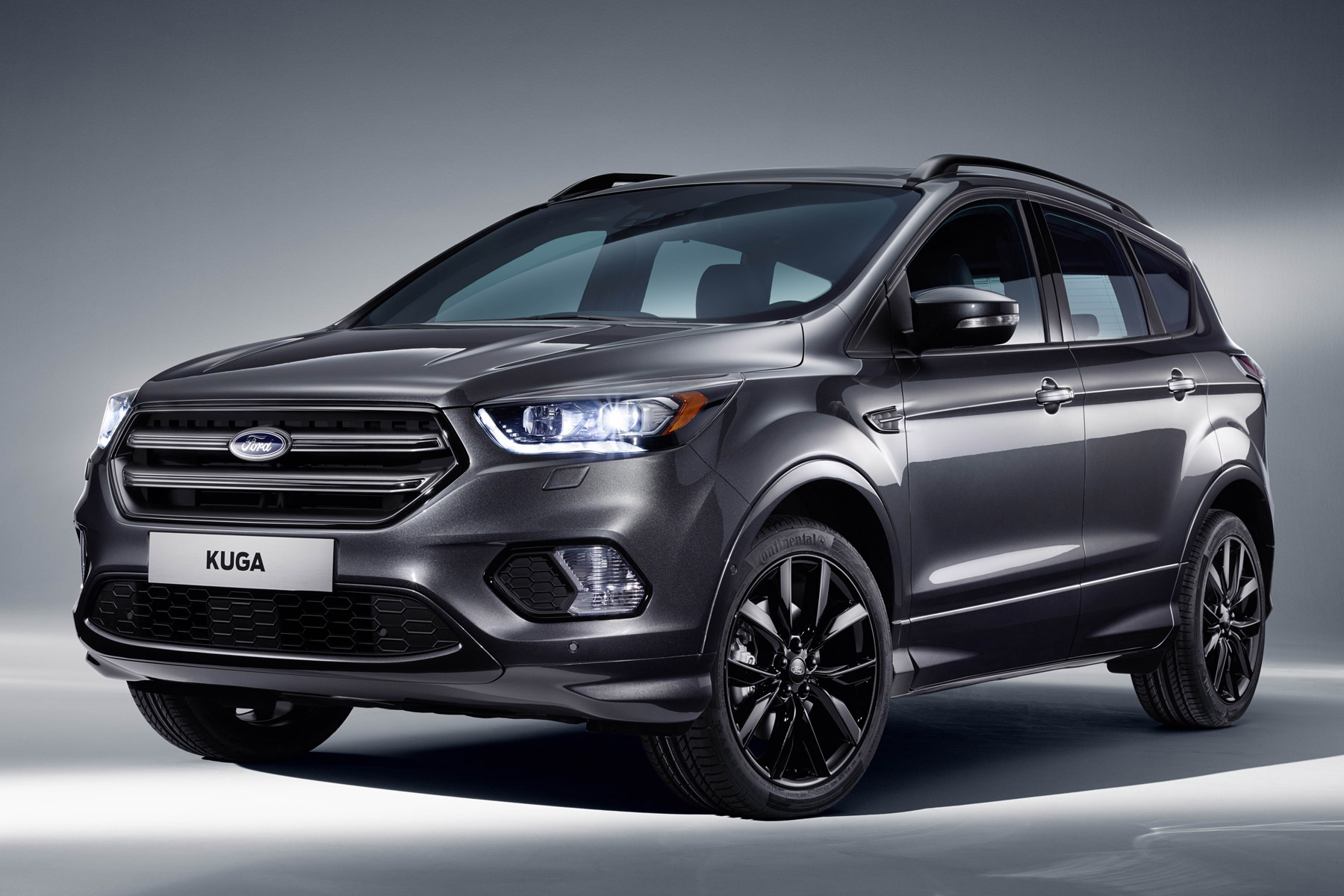 Ford has revealed its facelifted Kuga in a bid to position it as a serious rival to premium SUVs such as the BMW X3 and Audi Q5.

Shown for the first time in Europe at the Mobile World Congress, Ford has also announced that it will be the first model to receive the company’s brand new SYNC 3 connectivity technology.

The new Kuga, which was unveiled in America as the Escape at the LA Auto Show in November last year, features updated styling with a new bold two-bar grille, front bumper and new tail lights together with revised foglamps, LED running lights and bootlid.

The interior has had some minor modifications, such as the reduction of buttons for the air-con and radio and a bigger display screen.

A new 120hp 1.5-litre TDCi diesel engine will also be available and Ford says it will be able to deliver 64.2mpg and 115g/km CO2 emissions.

The addition of such features comes off the back of Ford’s recent announcement to triple its investment in driver assist technology and autonomous vehicles.

Ford has two distinct programmes toward vehicle automation, one that focuses on developing driver assist technology and another, which is developing fully autonomous vehicles that do not require driver input.

Ford is already the first car manufacturer to test fully autonomous vehicles in winter weather and plans to triple the size of the company’s autonomous vehicle development fleet, making it the largest of all car firms.

The facelifted Kuga will go on sale in the UK in October.