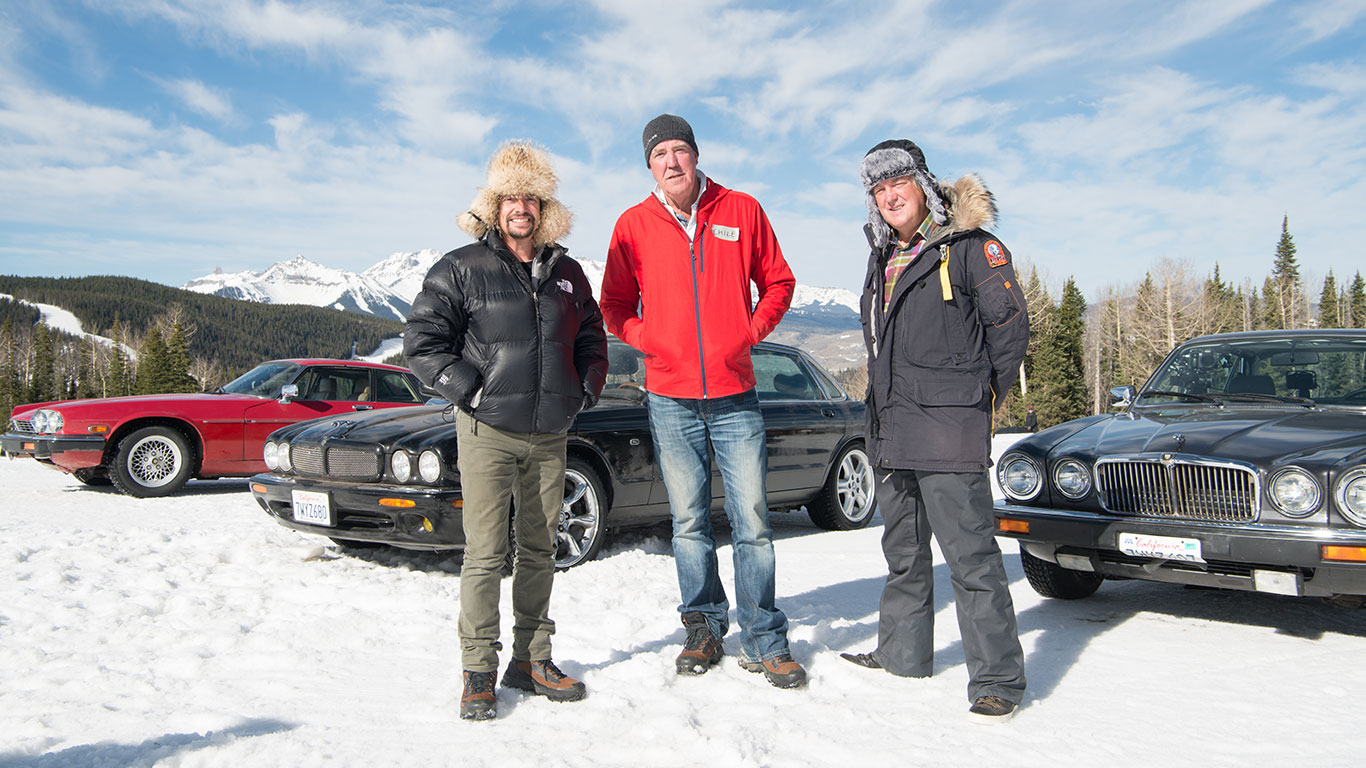 Amazon Prime Video has announced that the second series of The Grand Tour will make its debut on 8th December 2017.

Like the last series, new episodes of The Grand Tour will be released weekly, with viewers needing an Amazon Prime membership to stream them.

A new trailer has been released alongside the announcement of the launch date. It shows the three presenters sliding down the side of a snowy mountain while Paul McCartney’s Live and Let Die from the 1973 James Bond film of the same name plays out.

Clarkson, Hammond and May have been working hard during filming of series two – but it’s not been short of issues. First, Hammond fell off a motorbike during filming of The Grand Tour in Mozambique in March. Details of the crash are sketchy, but it doesn’t sound too serious: “Put it this way, I don’t think I can get a book out of it,” joked Hammond at the time.

But then, in June, Hammond was involved in a more serious crash when an electric hypercar he was driving left the road while taking part in the Hemburg time trial. The Rimac Concept One was written off in the incident, which saw Hammond rushed to hospital by air ambulance. Fortunately, his injuries didn’t turn out to be too serious, with just a fractured knee to report.

The incident did delay filming, though, which brings us on to…

When will The Grand Tour return?

Although Hammond once said (in a since-deleted tweet) that the new series will be available to watch on the 19th November, Amazon has confirmed it’ll be 8th December before fans can stream the new series.

What will we see in series 2 of The Grand Tour?

The first trailer for series two appeared in July, showing Clarkson, Hammond and May driving a variety of vehicles in their usual lighthearted way. It also shows Hammond at the wheel of the Rimac Concept One, saying “watch this” before taking off up the hillclimb.

The latest pictures show the Grand Tour trio in a variety of locations, including Colorado, Dubai, Mozambique, Croatia and Switzerland.

How can I watch The Grand Tour?

Like the first series of The Grand Tour, fans will need to subscribe to Amazon Prime to stream the new episodes once they’re released. This costs £79.99 a year or £7.99 a month. Amazon does occasionally offer special offers, particularly around the launch of high-profile new programmes such as The Grand Tour, so it’s worth keeping an eye open as we get closer to series two arriving.

If you missed the first season, or just want to watch it again, it’s still available to watch on Amazon Prime.

We’ll be keeping this story updated as we find out more information – keep checking back for all the latest on The Grand Tour.