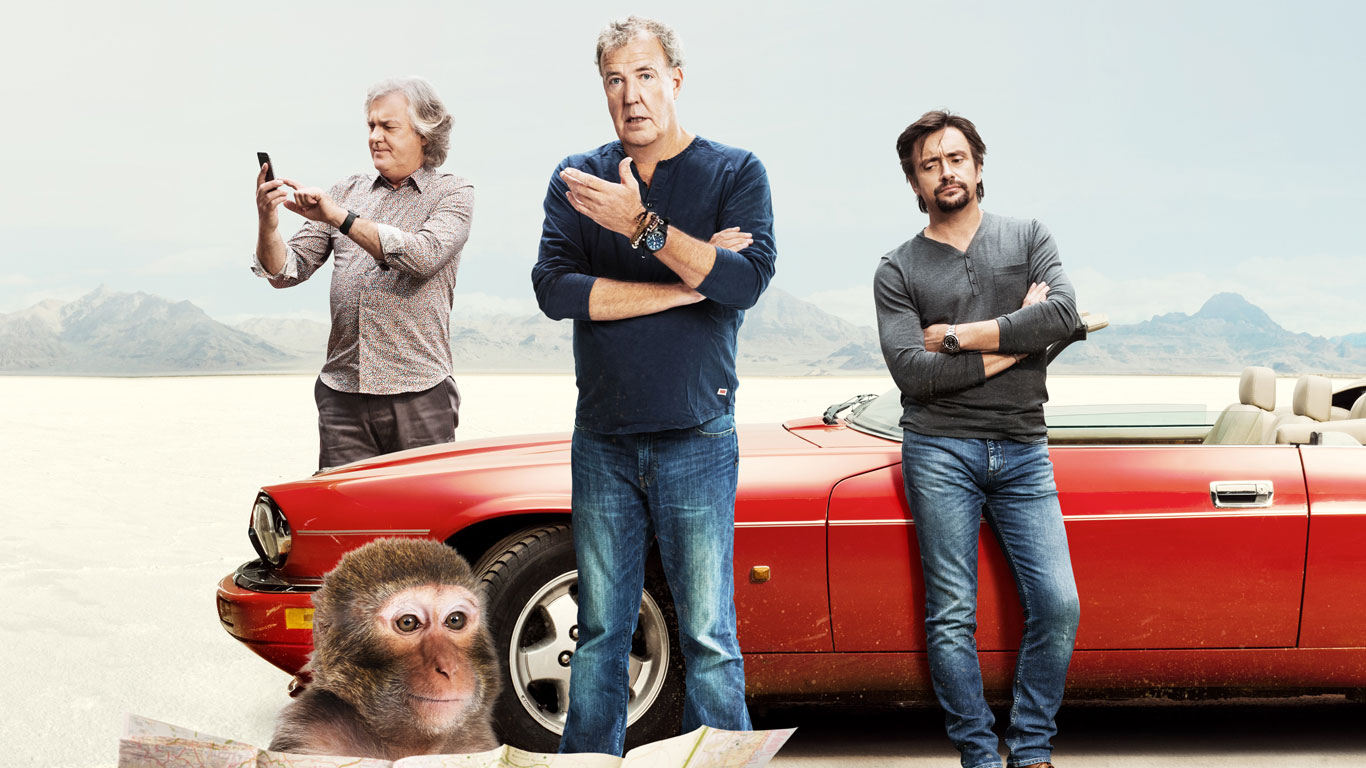 It’s back! Well, almost, but the long wait for the second series of The Grand Tour is nearly over. Note, that’s second ‘series’, not second ‘season’. Here in Blighty, we call them series. Fancy a tea, old boy?

Anyway, without further ado, here’s what you can expect to see on Amazon’s hit TV show.

When does The Grand Tour return? 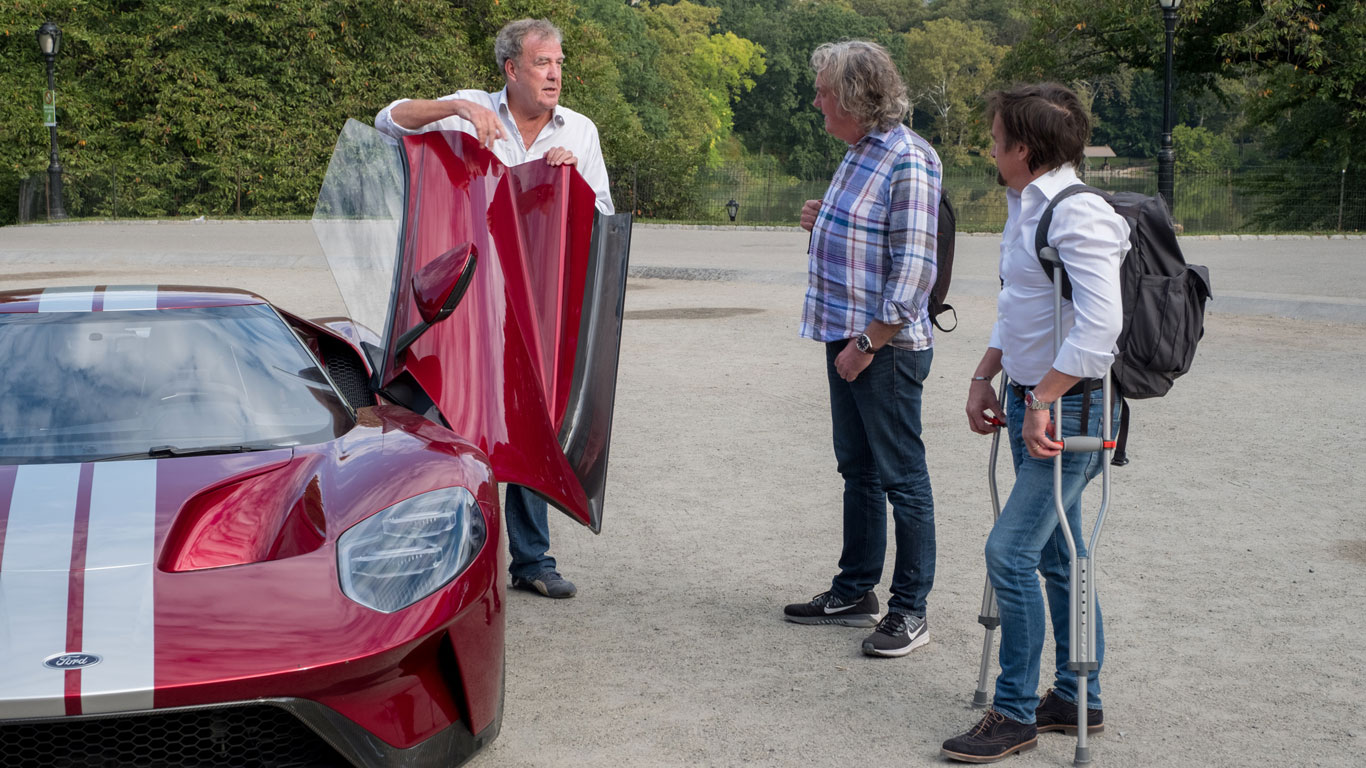 The entertainment show returns on 8 December 2017, exclusively for Amazon Prime customers. But it’s definitely not a car show. In an interview with GQ, Jeremy Clarkson said: “I genuinely don’t think it’s a car show. Any more than Countryfile is about actual farming. It just isn’t” 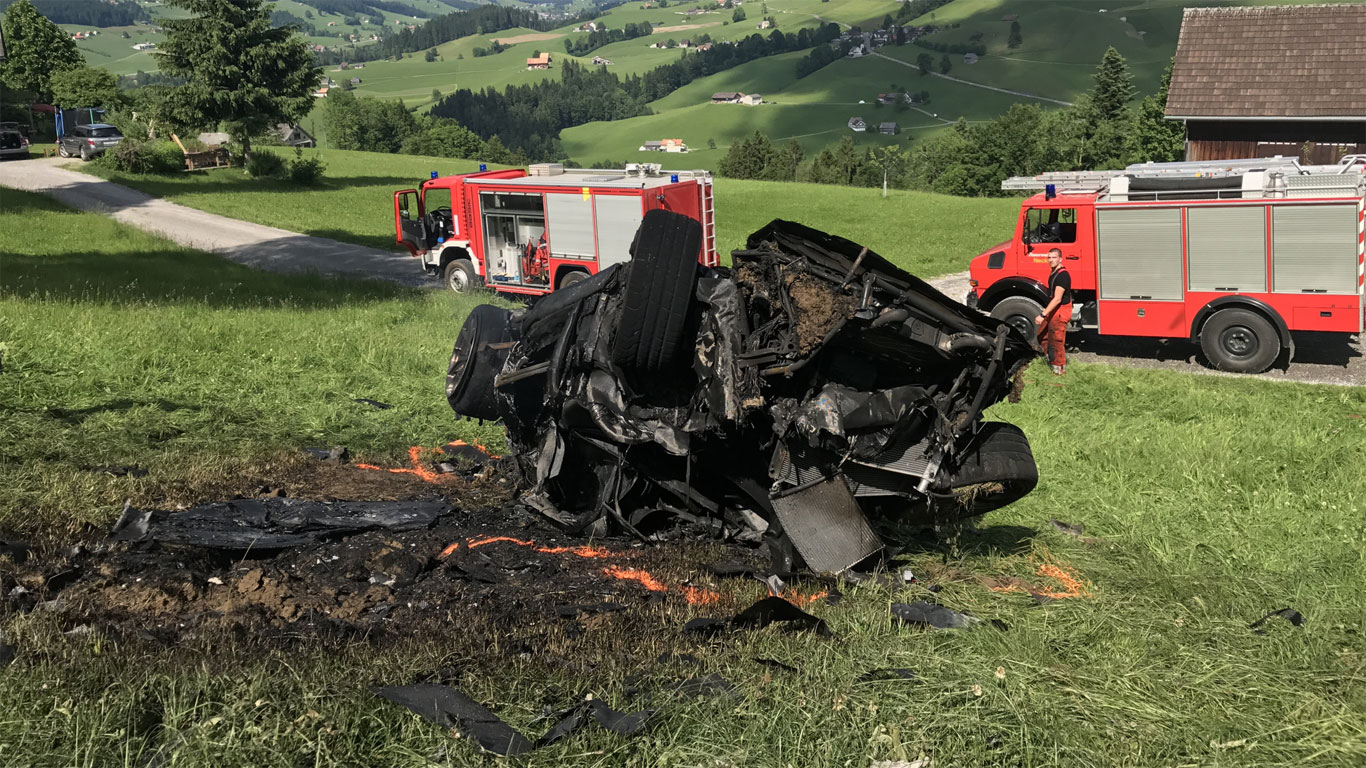 The second series was originally planned for late October/early November, but was delayed following Richard’s Hammond’s high-profile crash in the Rimac Concept One, along with Jeremy Clarkson’s bout of pneumonia.

Is the American coming back? 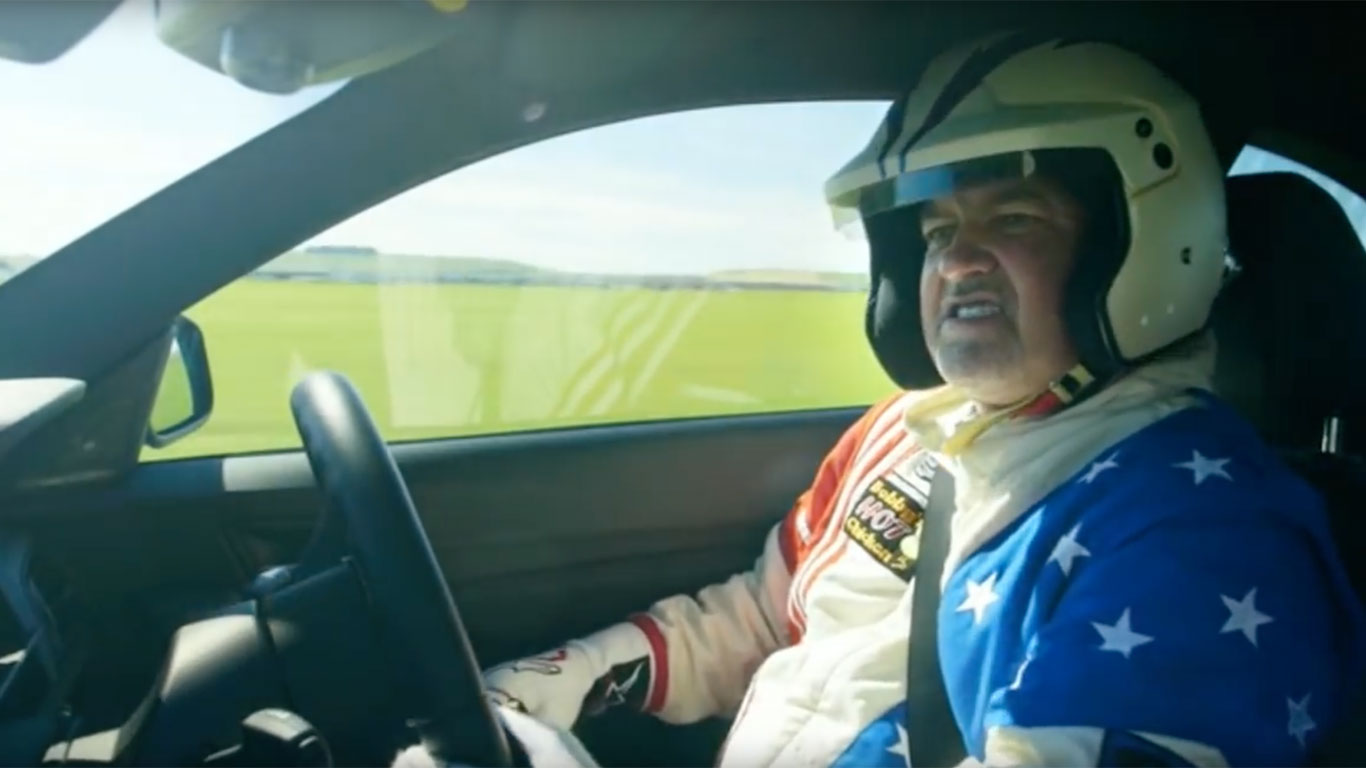 Remember Mike Skinner, aka ‘The American’, from the first series of The Grand Tour? Anecdotal evidence would suggest that he wasn’t universally popular, so you might be pleased to learn that, in true Alan Partridge style, he won’t be given a second series.

Skinner tweeted: “FYI I won’t be joining the guys on @thegrandtour 2nd season – I wish them all the luck. My character wasn’t developed as I was told and I agree with many of you that it sucked – if you’re gonna wear Evil [sic] Knievel’s firesuit, you need to be Evil Flipping Knievel! Peace out.” He stopped short of asking Amazon to smell his cheese.

And what about ‘Celebrity Brain Crash’? 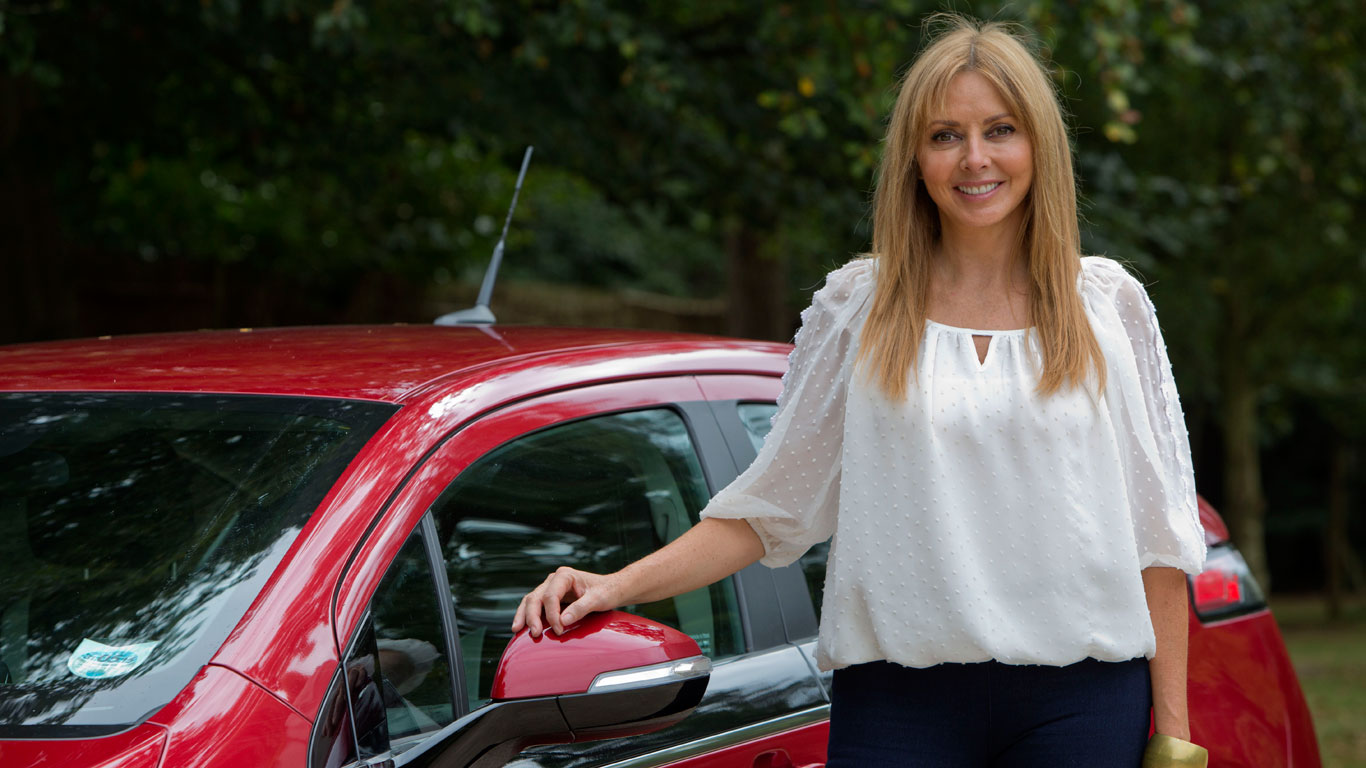 Of the first series, Hammond said: “We had to try stuff. It would be a wasted opportunity not to try some stuff. Some of which we’ll carry on. Some of which we’ll change. Some we might drop.” ‘Celebrity Brain Crash’ is another part of the show that wasn’t well received by all, but the producers have confirmed that it is dead.

A report in The Sun suggested that the segment was a forced response by Amazon to the strict legal conditions laid out by the BBC when Clarkson, Hammond and May left Top Gear. So, no more ‘dead’ celebs. Which is good news for Carol Vorderman, who ‘died’ in the first series.

So, no celebrities in series 2? 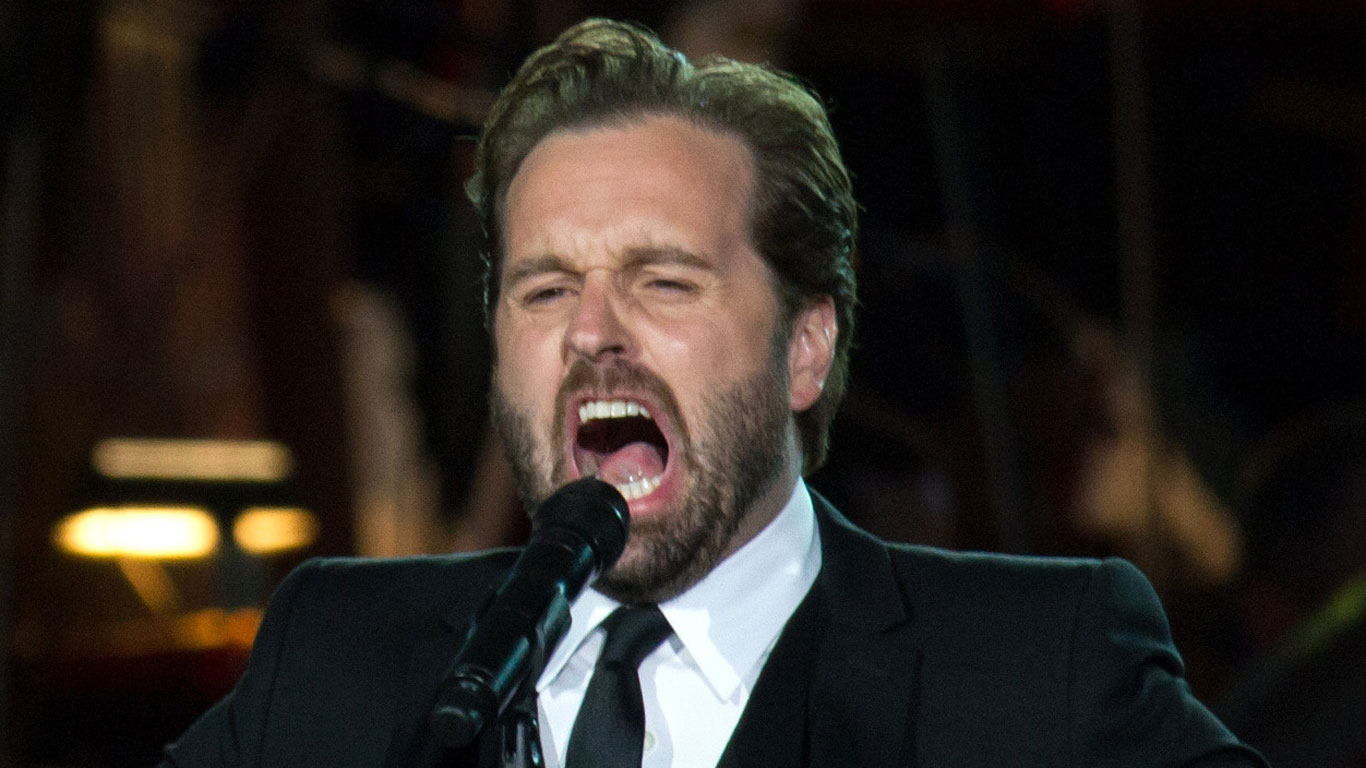 The star guests will be taking part in a new feature called ‘Celebrity Face Off’.

What exactly is ‘Celebrity Face Off’? 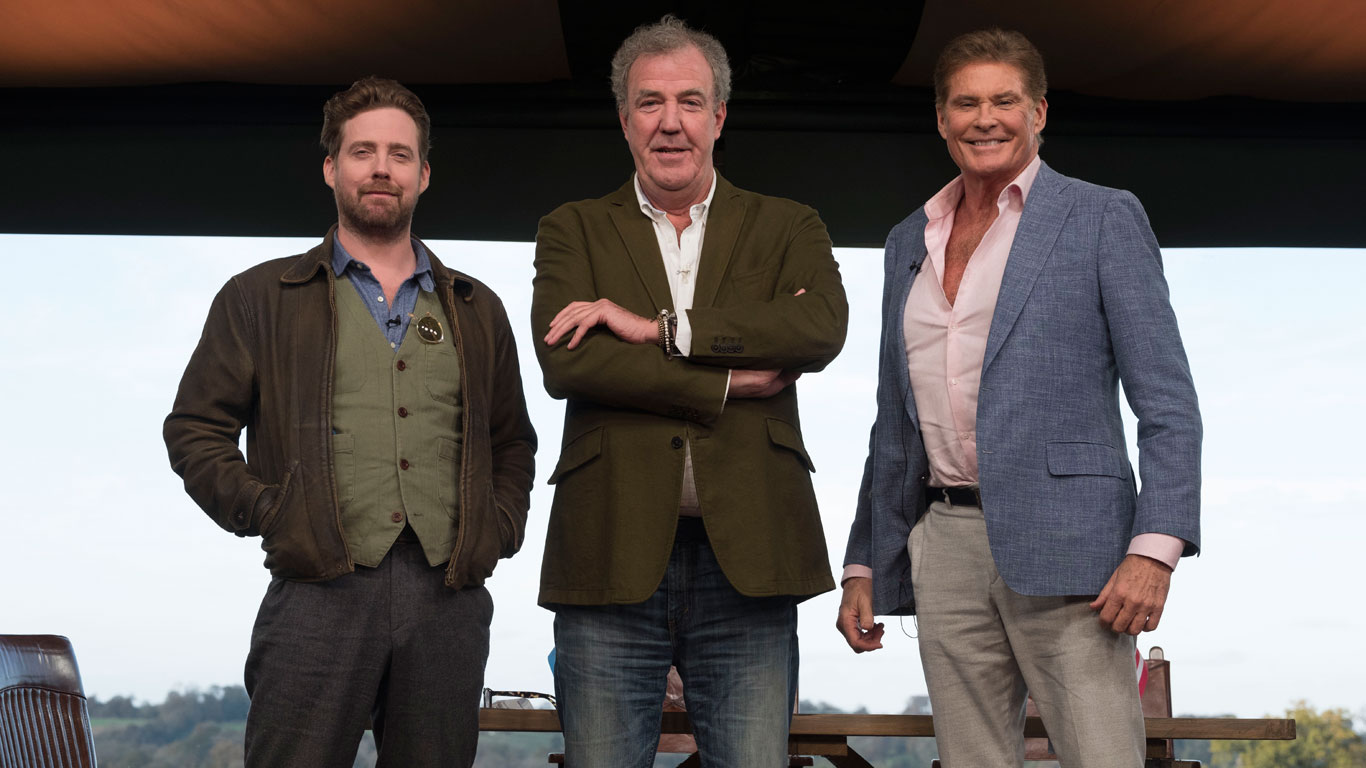 Each week, two celebrities who are connected in some unusual way are pitted against each other to see who is fastest around the new track. In the first episode, two former talent show judges go head-to-head in the face off.

It’s ‘The Hoff’ versus the, er, Wilson, of Kaiser Chiefs and Voice UK fame. Speaking about the lap, The Hoff said: “I’m basically an actor, I’m not really a good driver but I just look good doing it.”

Where does The Grand Tour go? 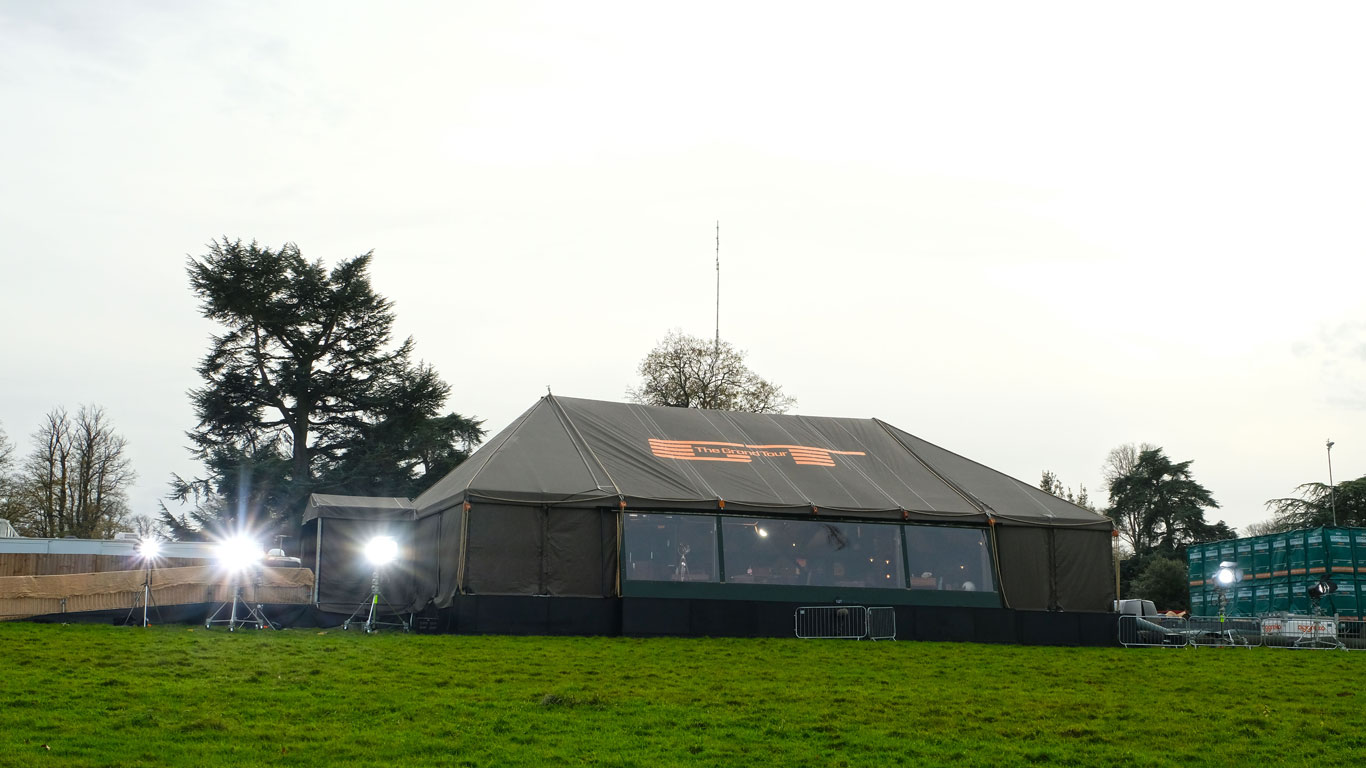 Rather than touring the globe, the tent has been given a permanent home in the Cotswolds, which is handy for Clarkson, who happens to live in Chipping Norton.

It’s also halfway between Hammond and May, which is nice. 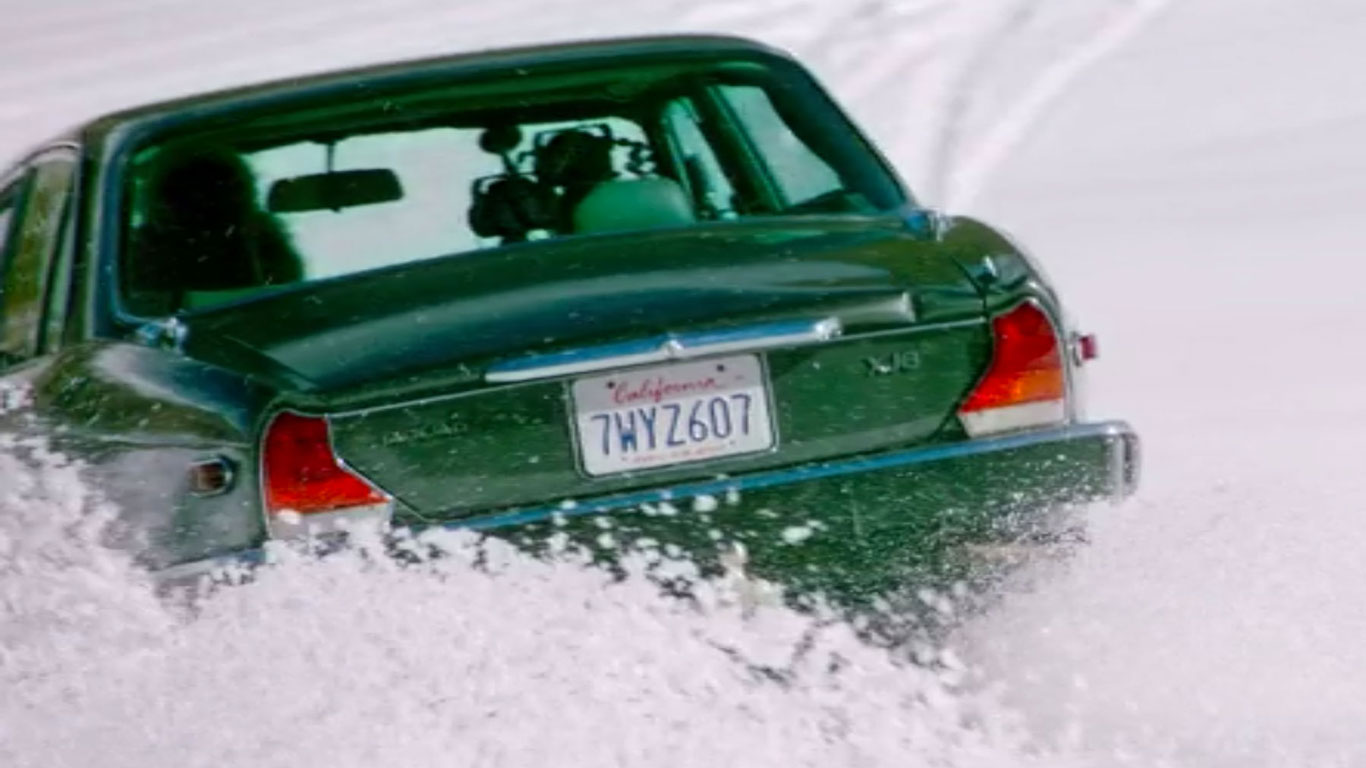 That’s not to say that The Grand Tour won’t be making its way around the world. You’ll no doubt have seen the main trailer for the new series, which previews the show’s hijinks to the sound of Paul McCartney’s Live and Let Die. 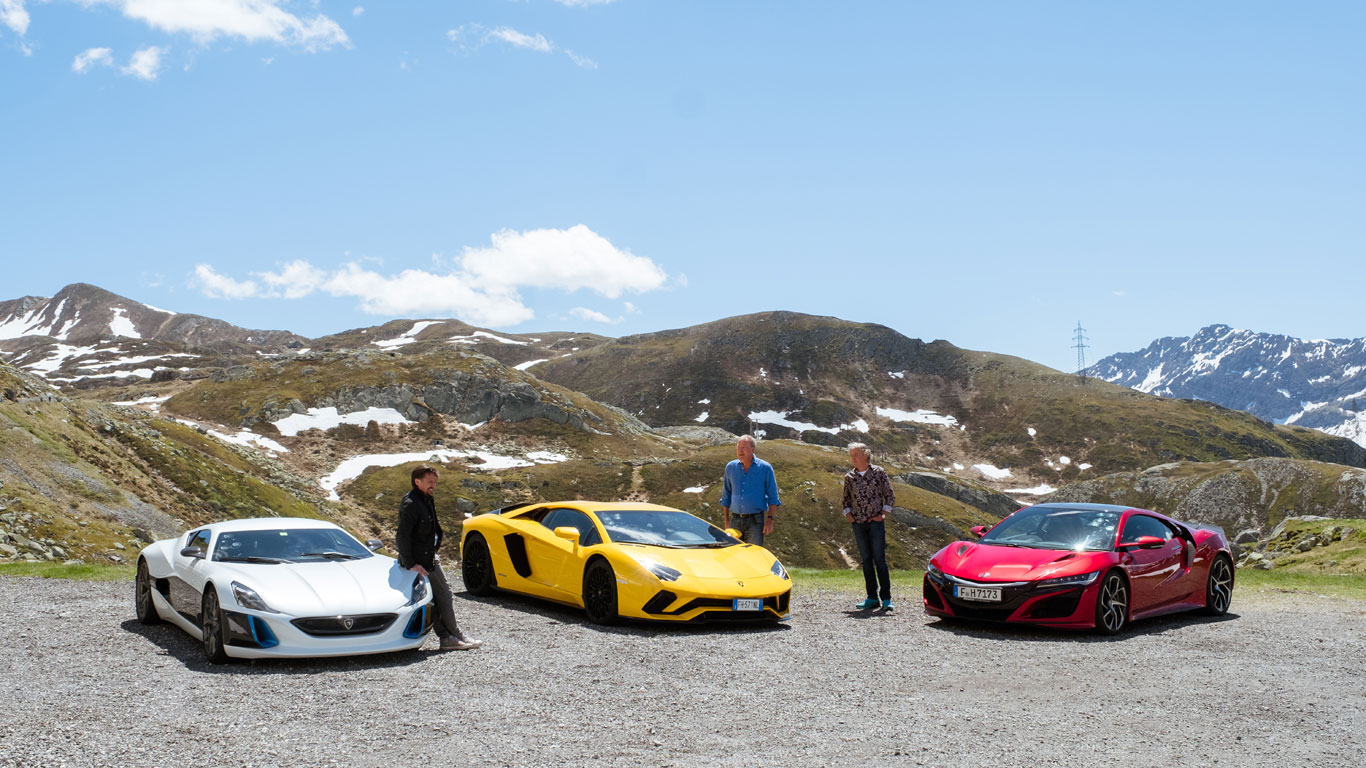 The trio also head to Switzerland in different breeds of supercars: a Lamborghini Aventador S, a Honda NSX and a Rimac Concept One.

Yep, the Rimac is the car that Hammond famously crashed and burned during a hillclimb event. 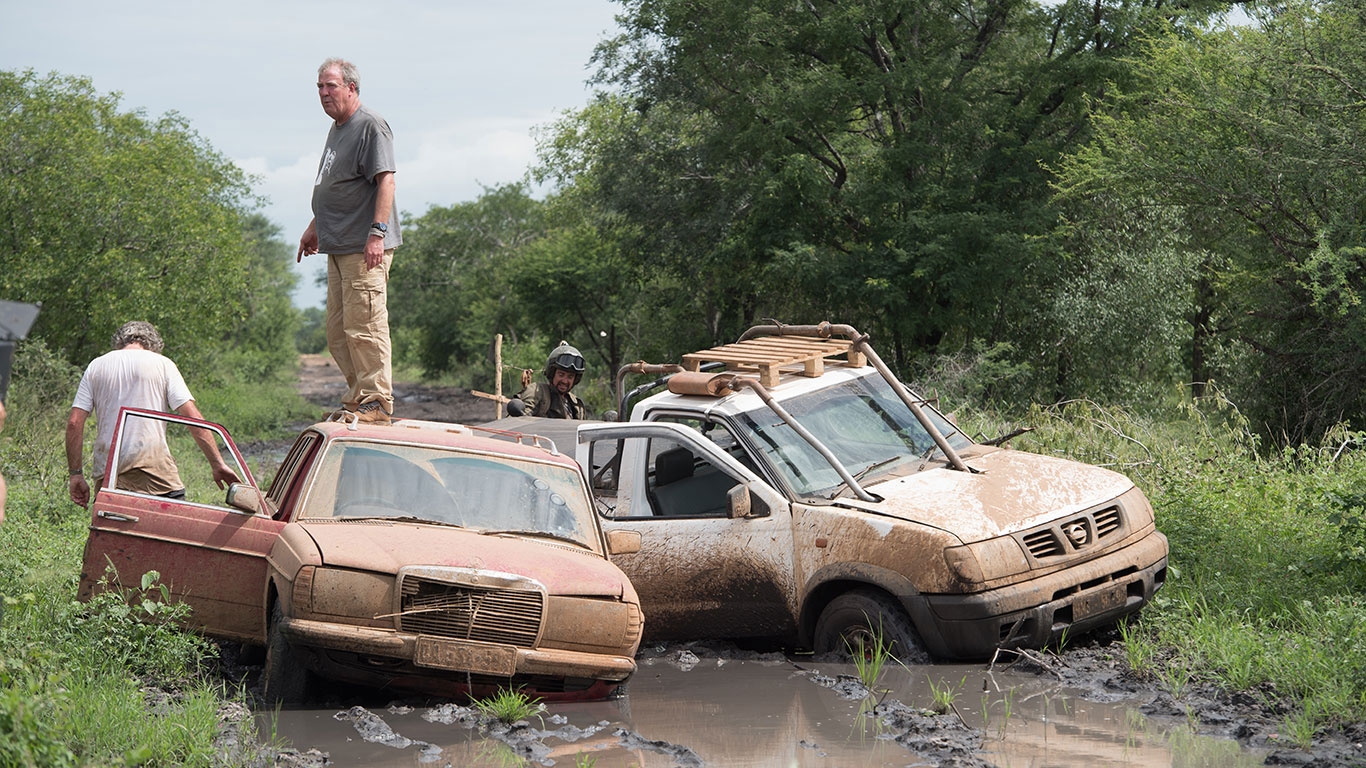 We also know that Clarkson, Hammond and May visit Mozambique for some off-roading. From the clips, it looks like a classic African special from the old Top Gear days, complete with mild peril, most notably for Hammond. He fell off a motorcycle, but was never in danger of not making it out of Africa.

In a blog on Drivetribe, he said: “It’s true, I did fall off a motorbike whilst filming recently for The Grand Tour in Mozambique. I banged my head, yes, along with pretty much everything else apart from my left thumb, which remains un-bruised. As for injuries; well put it this way, I don’t think I can get a book out of it.”

Episode 1: Past, present or future 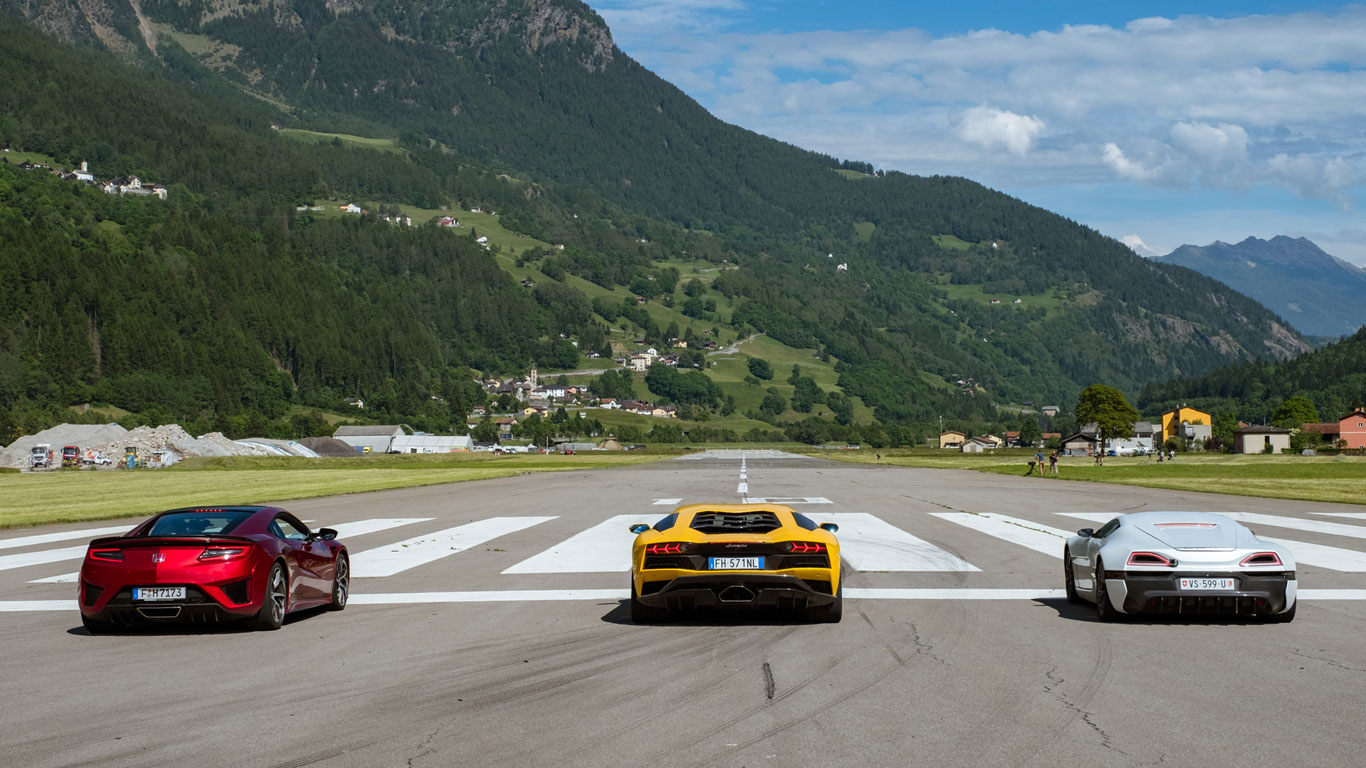 The first episode will air on Friday 8 December. Called ‘Past, present or future’, the episode finds the presenters in car-unfriendly Switzerland in a battle of the supercars. All eyes will be on the Hammond’s dramatic conclusion to the hillclimb event.

Meanwhile, it’s Hasselhoff versus Wilson in Celebrity Face Off. 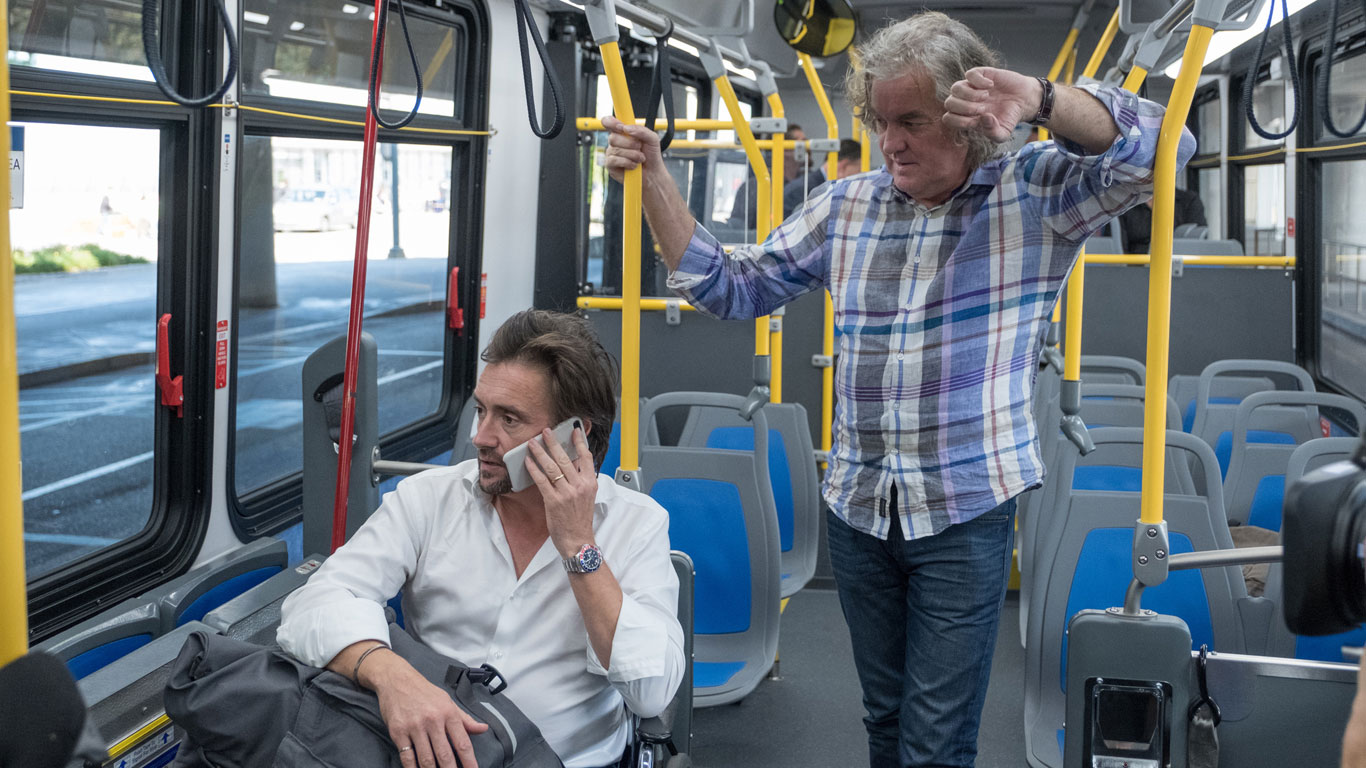 A week later, the second episode will see Clarkson driving a Ford GT from New York to Niagara Falls, with May and Hammond racing him to the finish using public transport. Meanwhile, Clarkson takes to the Eboladrome in a Mercedes-AMG GT R.

As for Celebrity Face Off, it’s cricket vs baseball, as Kevin Pietersen goes head-to-head with Brian Wilson

How to watch The Grand Tour 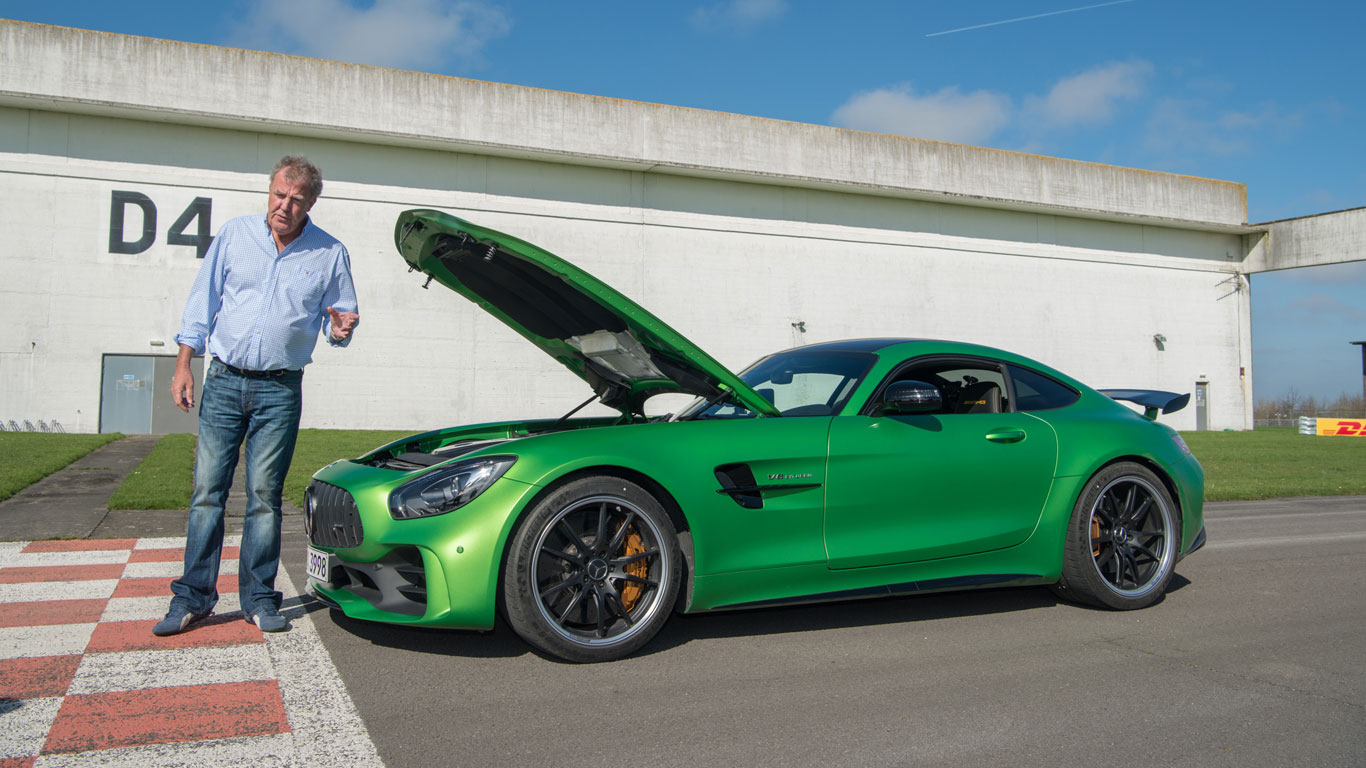 Series one broke records when it launched in November 2016, becoming the biggest show premiere ever on Amazon Prime Video. It’s the most downloaded show on Prime Video, with Amazon customers able to watch any episode at any time. 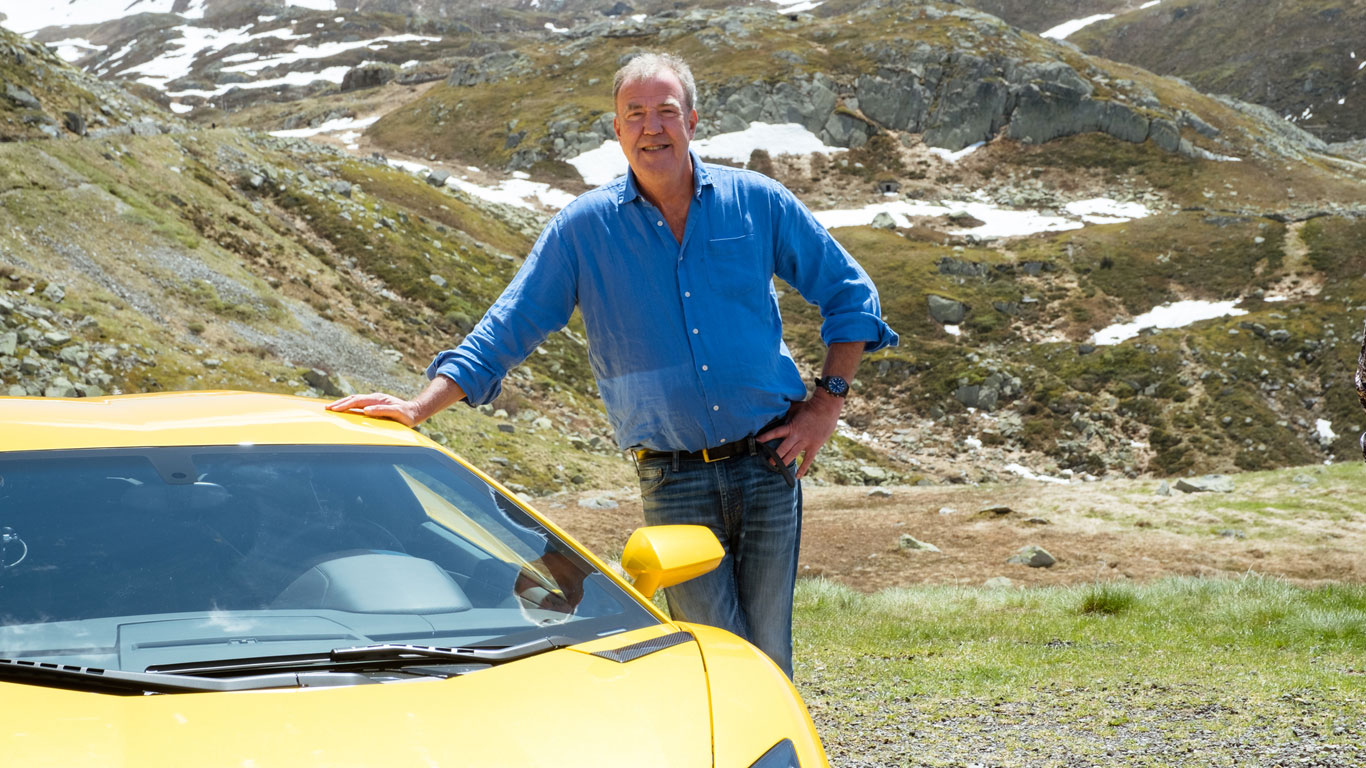 OK, we admit it: we’re filling space here, as info on the other episodes is embargoed until a later date. So, here’s what the presenters have to say about the new series, starting with Clarkson.

“Certain elements of the last series that we didn’t think worked quite as well as they should’ve done have been altered, and then certain things that did work have been pumped up. But don’t worry. It still works. It’s got all the elements we need: great pictures, great scenery, great cars and us three bickering. That’s it.” 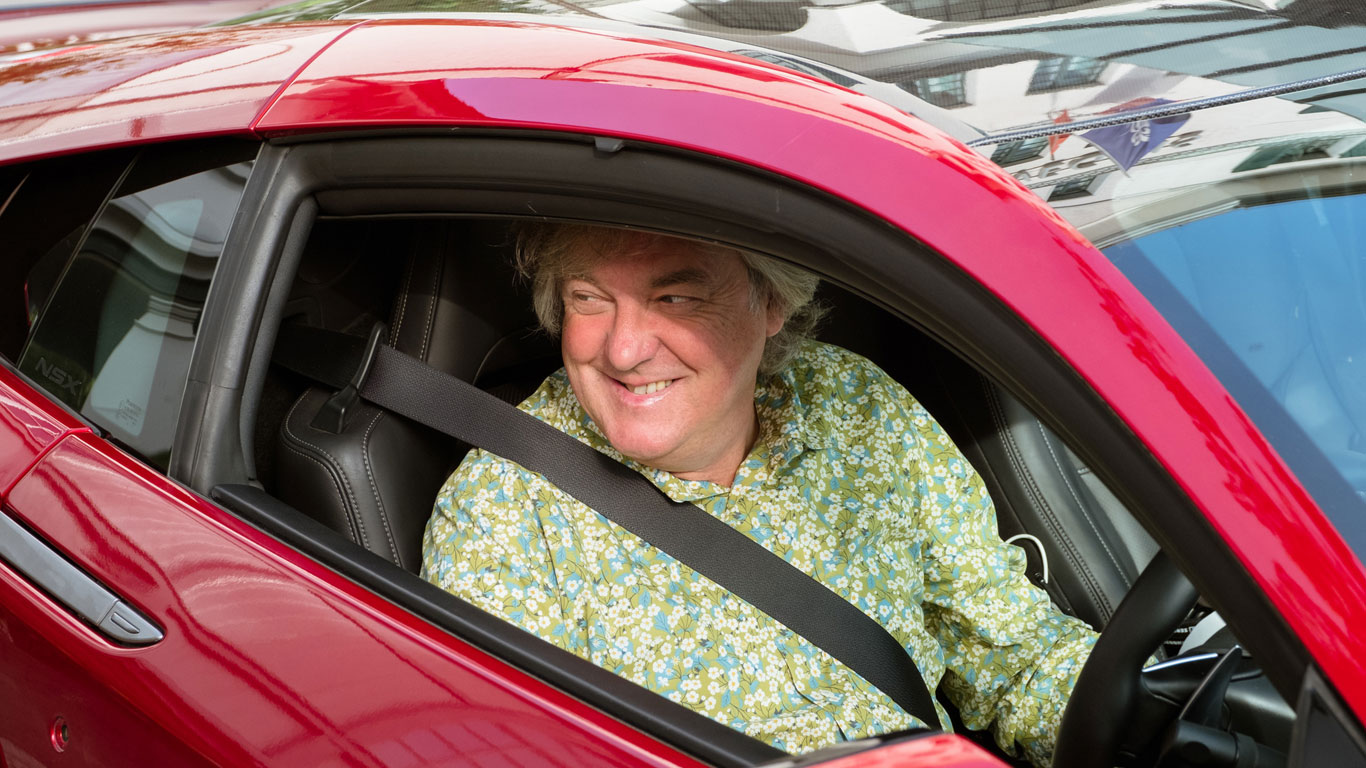 James May says: “That’s not really ‘it,’’ is it? We’ve got two America trips… where else are we going… Germany, Canada, New York, Switzerland, South America… Hammond’s been
to Majorca but that’s just by himself so doesn’t really count…”

He continues: “It’s more like a French café between the wars. Hammond sometimes speaks in tongues. We presume he’s been temporarily possessed by the soul of a guru maybe from the Far East in a language that we don’t understand.” 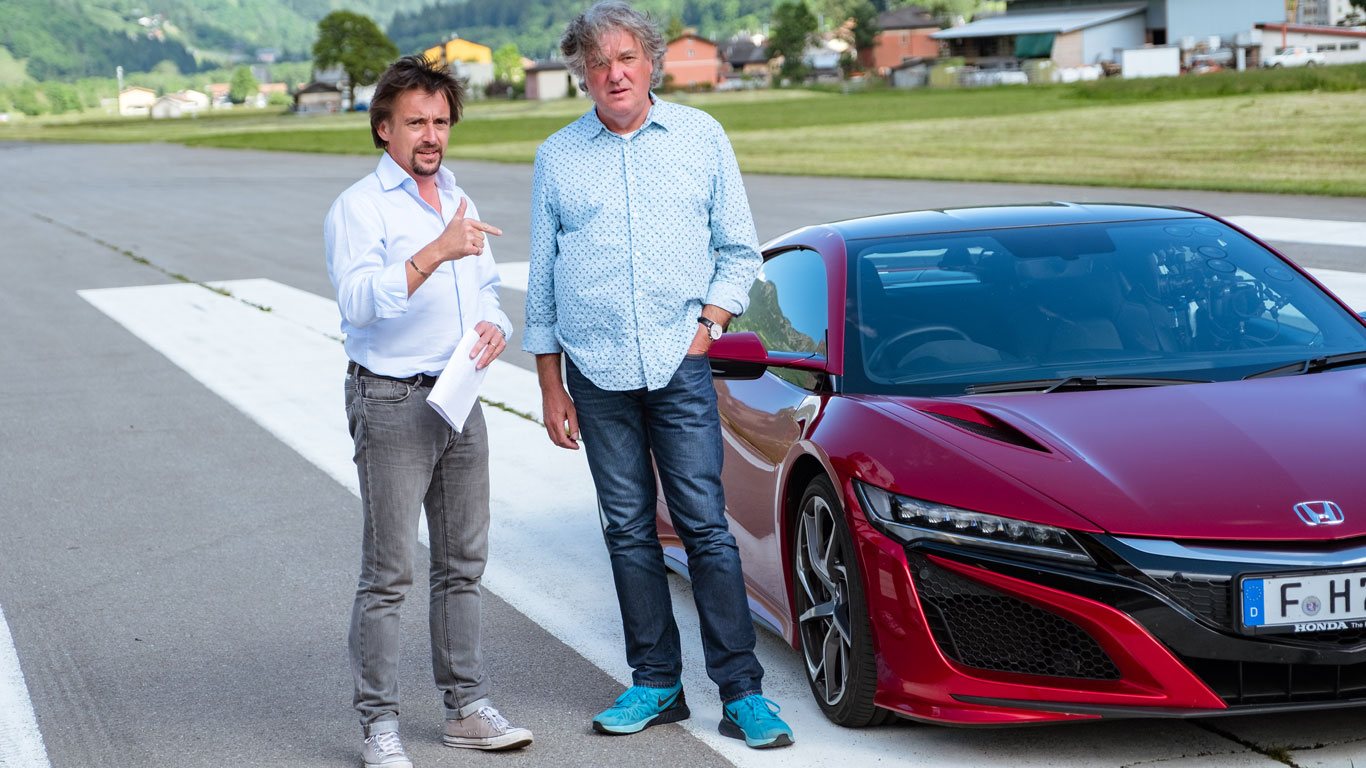 As for Hammond: “We’ve been to Mozambique, Croatia, various bits of England. I’ve fallen off a motorcycle, James kept nearly drowning and Jeremy did his best to get a hosepipe shoved up his arse.”

Remember, The Grand Tour will be available to stream from Friday 8 December 2017.

>NEXT: The Grand Tour has opened a pub in LA