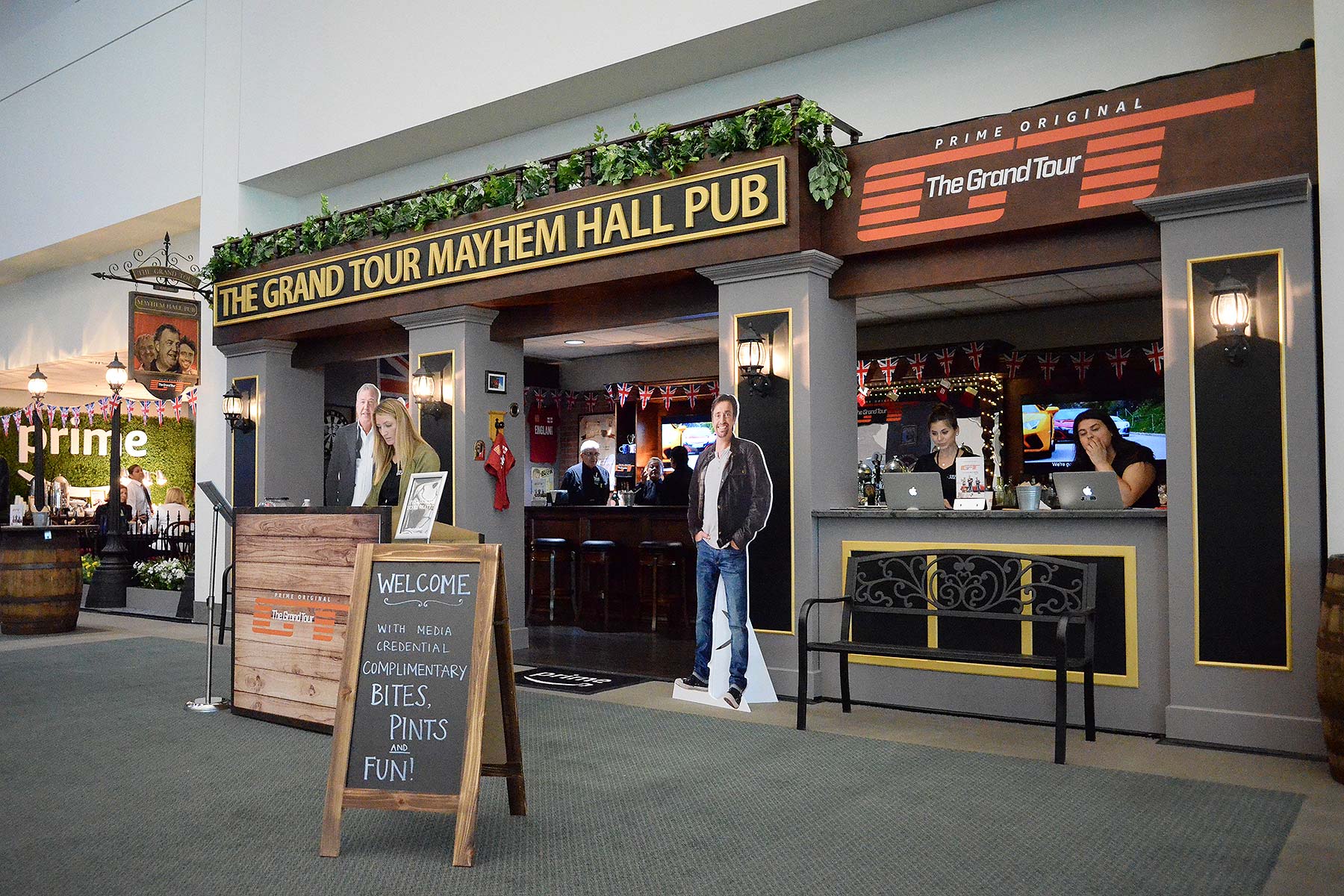 The second season of The Grand Tour is almost upon us, and to ensure the world’s media don’t overlook this, the boys have opened a pop-up pub at the 2017 LA Auto Show, serving free tea, scones… and beer.

The Mayhem Hall Pub has just a few rules: you shall not say the name of the show that must not be named. You shouldn’t drink from a pint of Guinness before it has settled. But you should use the hashtag #TheGrandTour because the producers are giving away money to Oxfam for every photo shared through the pub’s whizzy selfie booth. 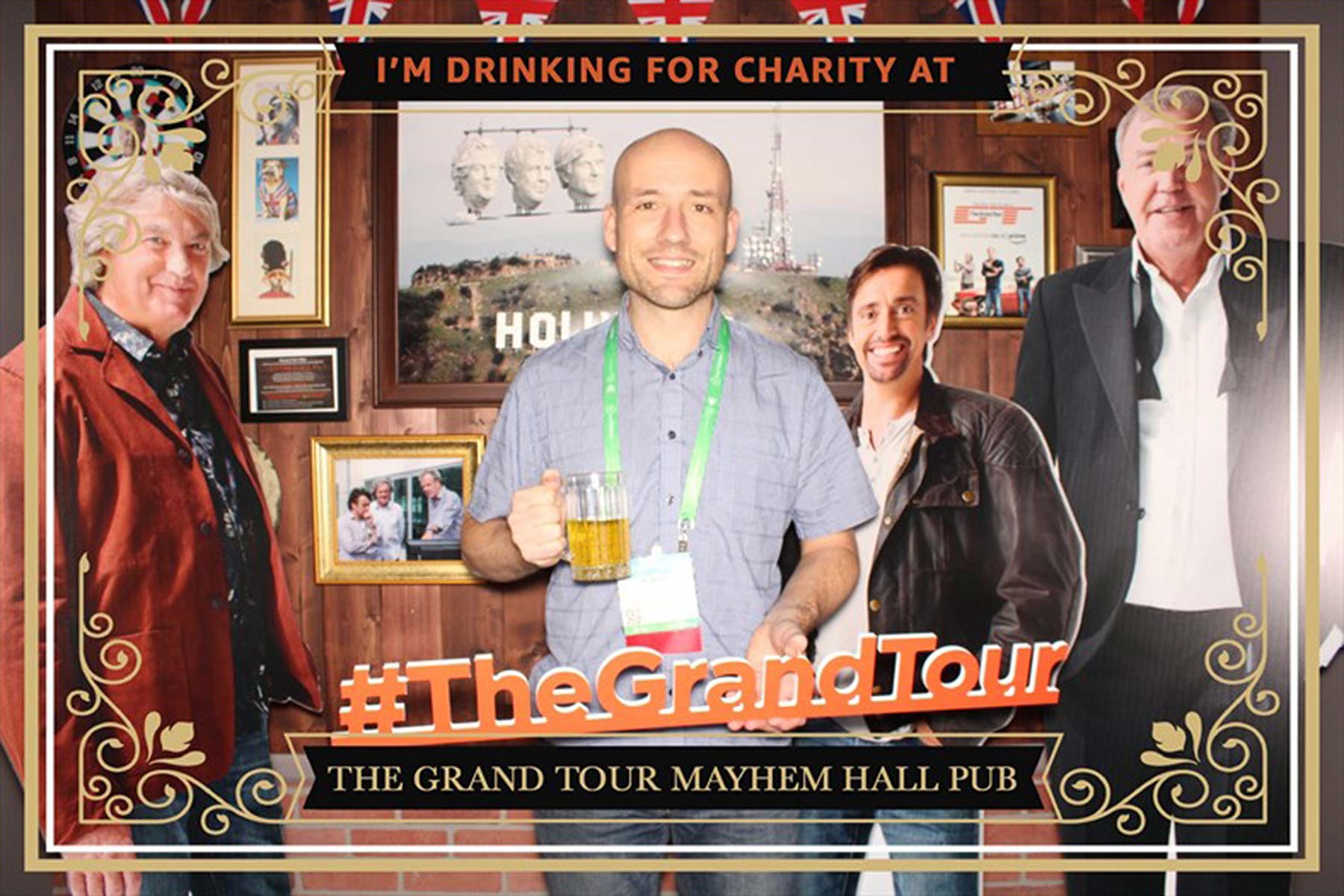 As PR stunts go, it’s brilliant. The pub has bar snacks. A dartboard. A hot food counter, complete with bright lights perfectly angled to dry out food. The tables and chairs are as authentically old-fashioned British boozer as it’s possible to be.

We did a double-take, because we actually thought it was a real pub. We’ll let you know what the beer’s like tomorrow, after the show. But not just yet: we’ve got a car show to cover, and drink and cars just don’t mix.