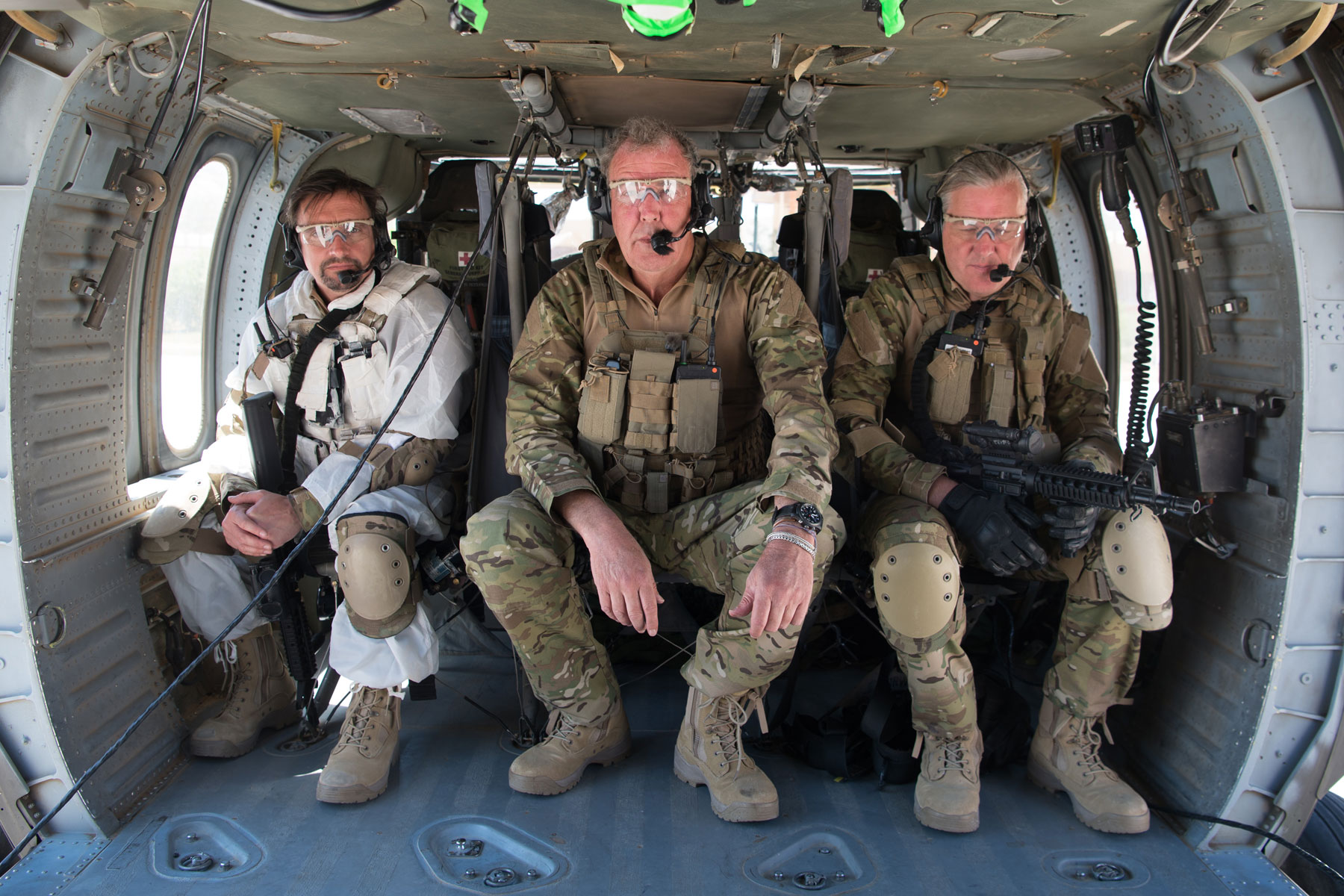 The second episode of The Grand Tour will be available from 00:01am tomorrow – and a teaser clip revealed today suggests it could be even more action-packed than the first in the series.

The episode, titled ‘Operation Desert Stumble’ is hosted by Jeremy Clarkson, Richard Hammond and James May from a tent in Johannesburg, South Africa.

In the clip, the ex-Top Gear hosts are seen dodging explosions and ‘going commando’ as they are forced to become special forces soldiers with an all-action challenge at a top secret training base, deep in Jordan. 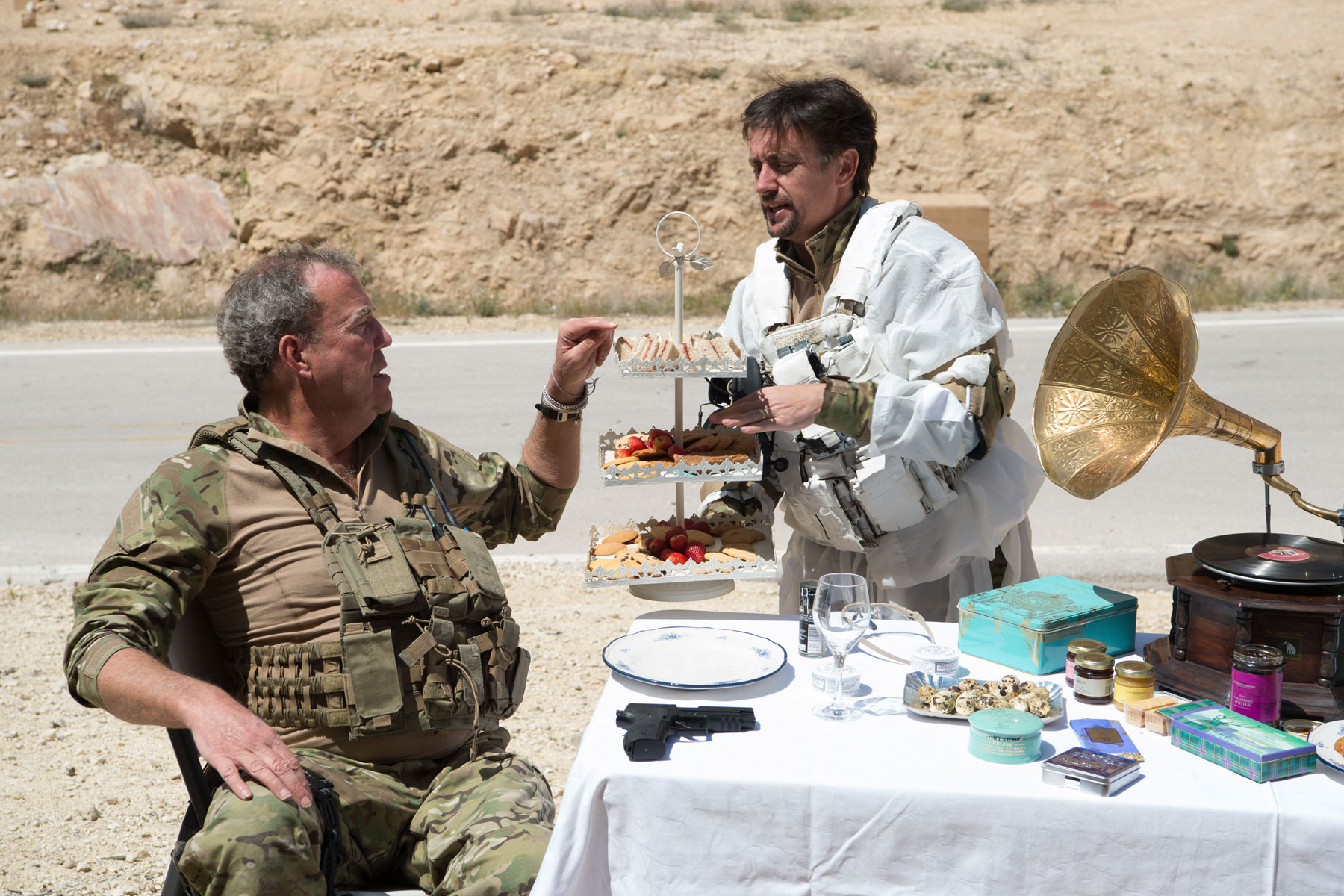 Meanwhile, Jeremy Clarkson tests the 800hp Aston Martin Vulcan around the Grand Tour test track, while James May investigates an unusual form of motorsport called spinning. Judging by his face in the teaser clip, it’s not asport he’s set to take up anytime soon.

Last week’s episode has attracted a lot of positive comments on social media – with many likening it to Top Gear with a bigger budget.

Episode one featured a group test between the hypercar trio of the Porsche 918, McLaren P1 and LaFerrari.