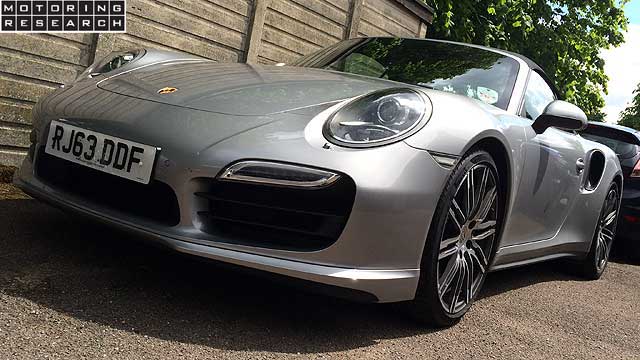 I’ve been trying, I really have. When you have a 520hp supercar at your disposal, you don’t think about MPG all the time. Honestly.

OK, I did do a form of an eco run this week. A genteel cruise down the M1 at slightly faster than trucker speed. Result: a startling 35mpg on the trip computer, and gentle ribbing from the MDs of well known car companies. 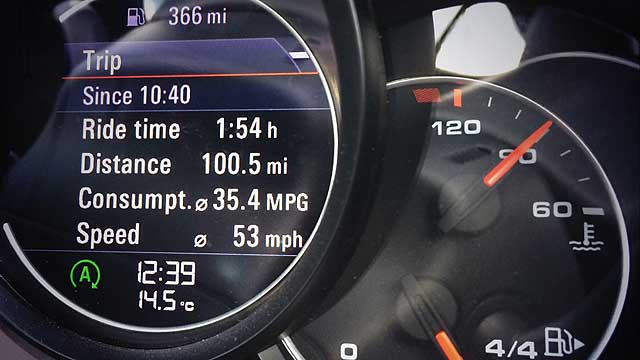 @richardaucock What do you get? It taken away from you and given to someone else, I hope!

Determined to save face, I drove back the scenic route, which involved a mix of motorway and lots of pretty (and empty) B-road. Fuel consumption was far from my mind.

Result? 27.9mpg. or, just 0.6mpg less than the official combined average. Quite remarkable, given how I was, within the realms of sensibility, really trying (or, as it were, not trying). 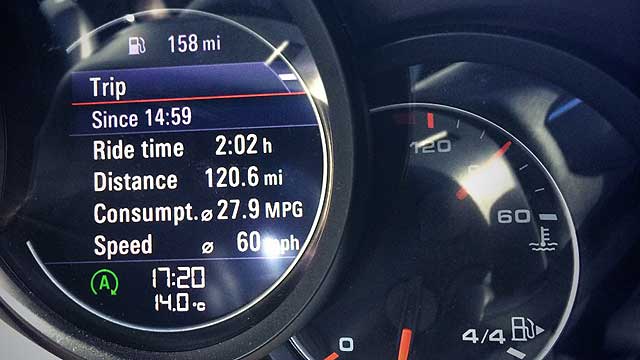 So I tried a third experiment on the run into work today. Drive down the motorway entirely normally. Don’t think about MPG, don’t try to go quickly or go slowly – just do what I’ve been doing regularly since 2001 (I know the route well…).

Result? 34.4mpg. And it’s this that’s probably the most amazing of all. This is a 520hp four-wheel drive soft-top supercar, dammit! How can it consume so little fuel in everyday running yet still have, at the drop of a hat, the potency to reach 62mph from rest in just 3.3 seconds – 3.3 seconds, for heaven’s sake? 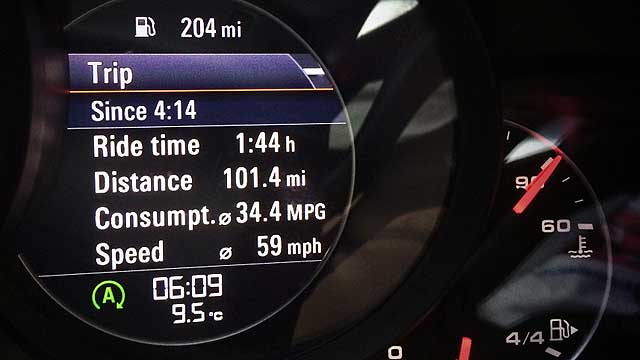 I have to admit defeat. UK roads, and my licence, simply don’t have the bandwidth required to make the 911 Turbo a gas-guzzler. Porsche in unexpected green supercar surprise? Certainly seems that way.