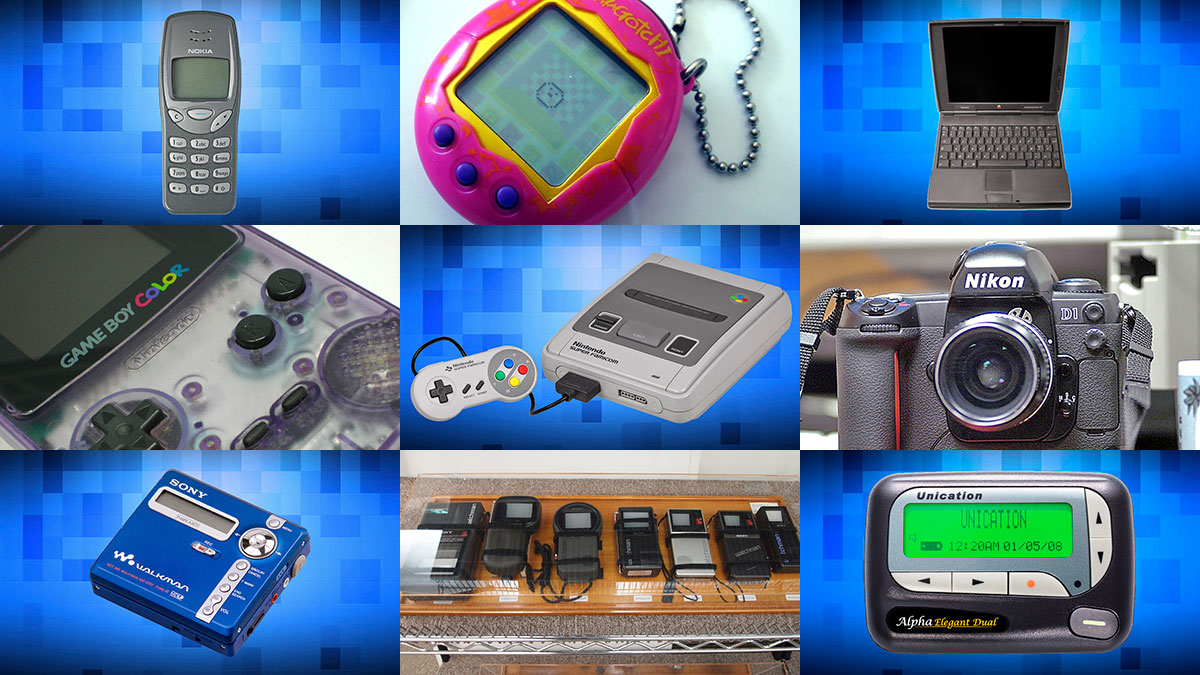 What are your memories of the 90s (if indeed you have any)? It was the decade when the two sides of Germany were reunited, when Nelson Mandela was freed from jail and the Hubble telescope was launched into space.

It was also a fascinated decade for technology, when we saw many new gadgets arrive on the market — gadgets that eventually evolved into the tech that we know and rely on today… 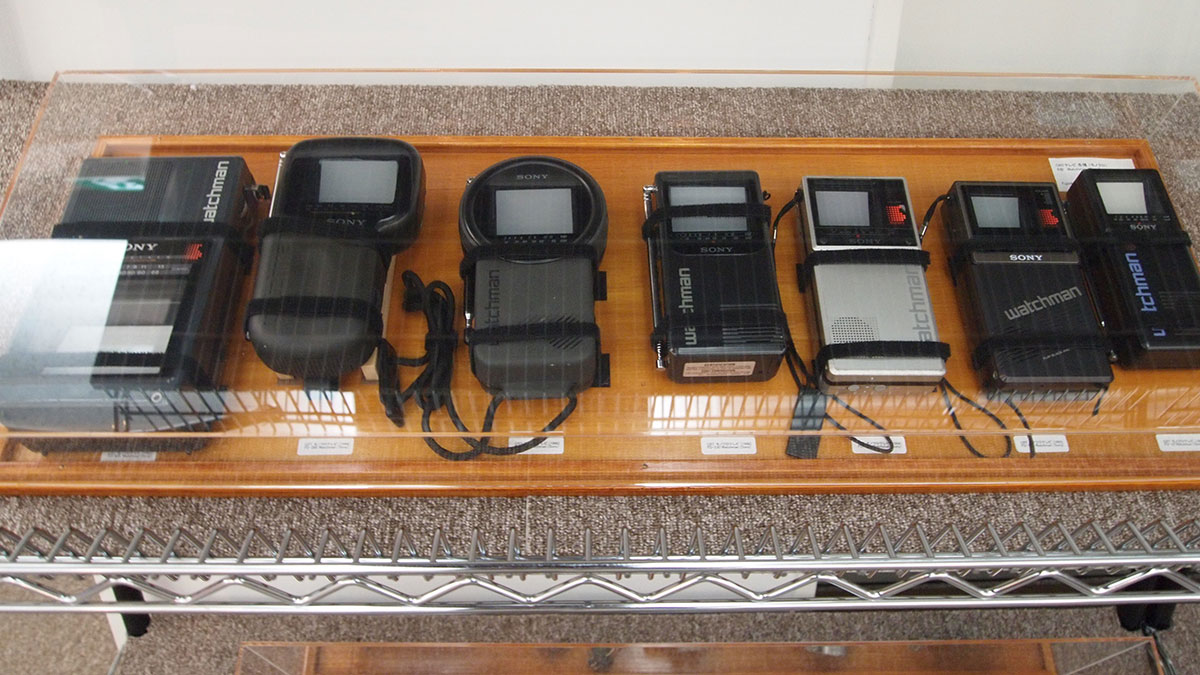 Some of you may remember trying to watch 90s TV through a fuzzy portable television set, though these chunky gadgets were invented in the 1970s and are still hanging on today.

The benefits are you can watch television anywhere (and without Wi-Fi too!) but on the downside the picture is quite often terrible — or it was using the technology of the 1990s. Sony and Panasonic were two of the firms to bring out miniature sets during the decade. 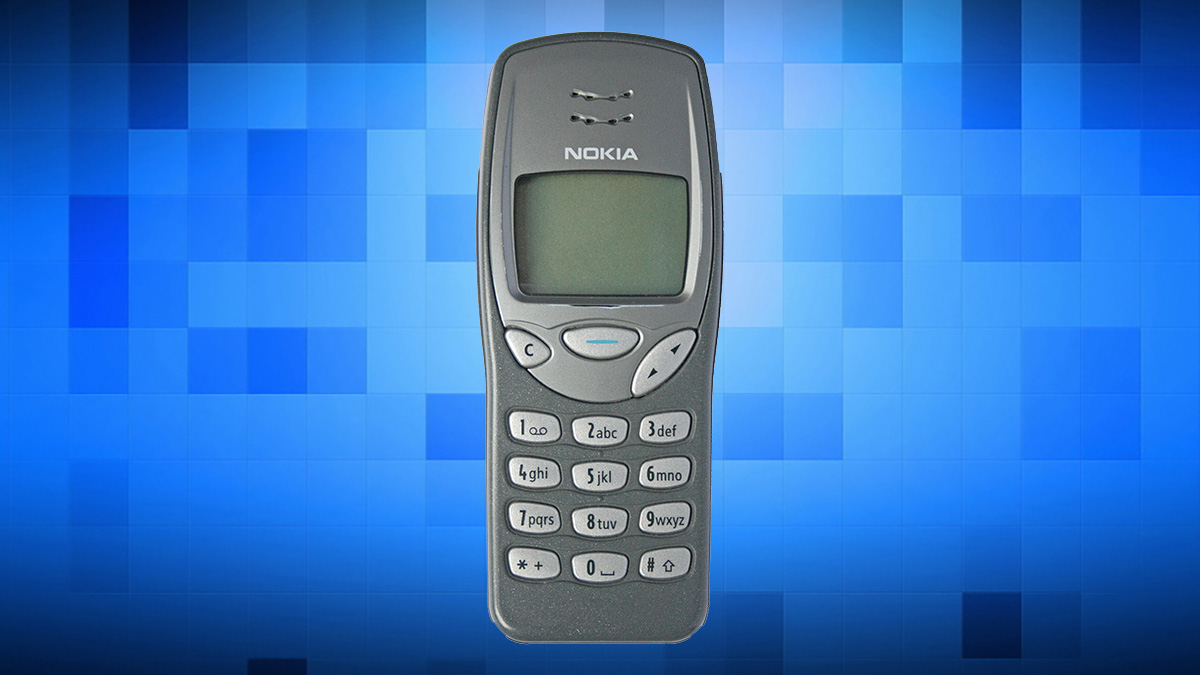 Right at the end of the 1990s, Nokia launched one of the most popular mobile phones of all time: it offered an internal antenna (groundbreaking for the time), ringtone customisations, swappable fascias and of course Snake.

It was a huge success and helped lay a lot of the groundwork for the mobile phones of the 2000s (at least until Apple decided that everyone should be using touchscreens rather than keypads). 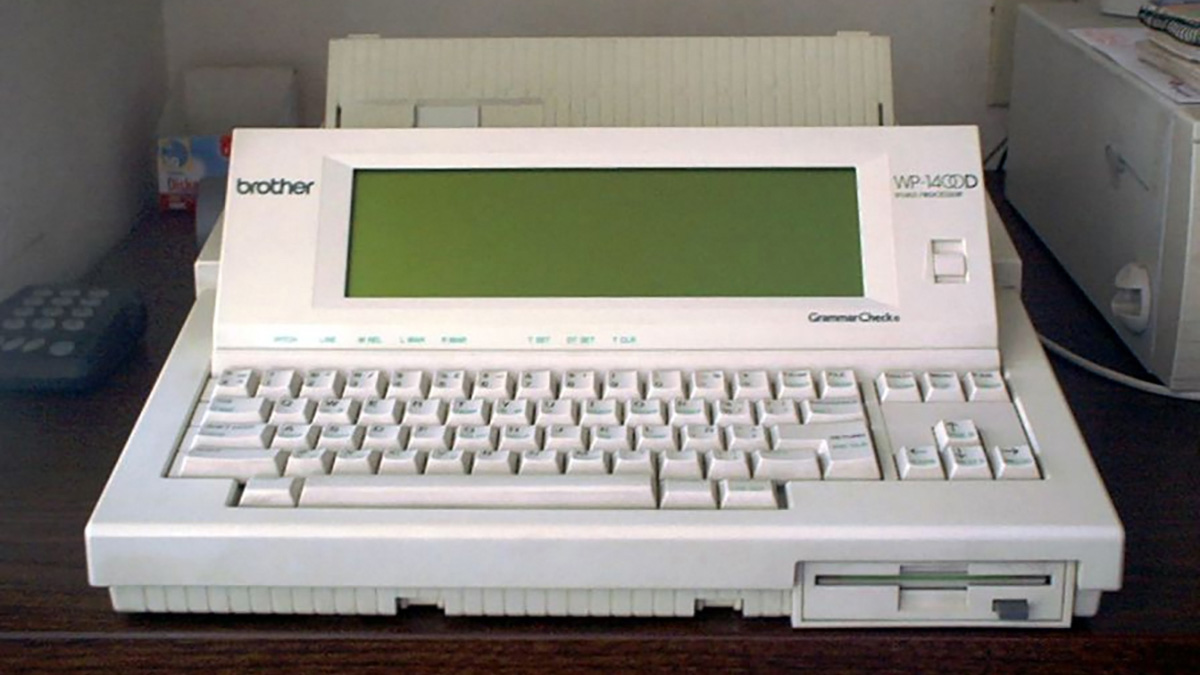 Better than a typewriter but nowhere near as good as the laptops of today, the word processor (or electronic typewriter) offered a limited amount of memory and a very basic display.

The main benefit was you could correct errors without any white fluid, and some models featured floppy disk drives so you could transfer your work over to a proper machine for formatting; if you were happy with a basic layout then you could of course use the integrated printer. 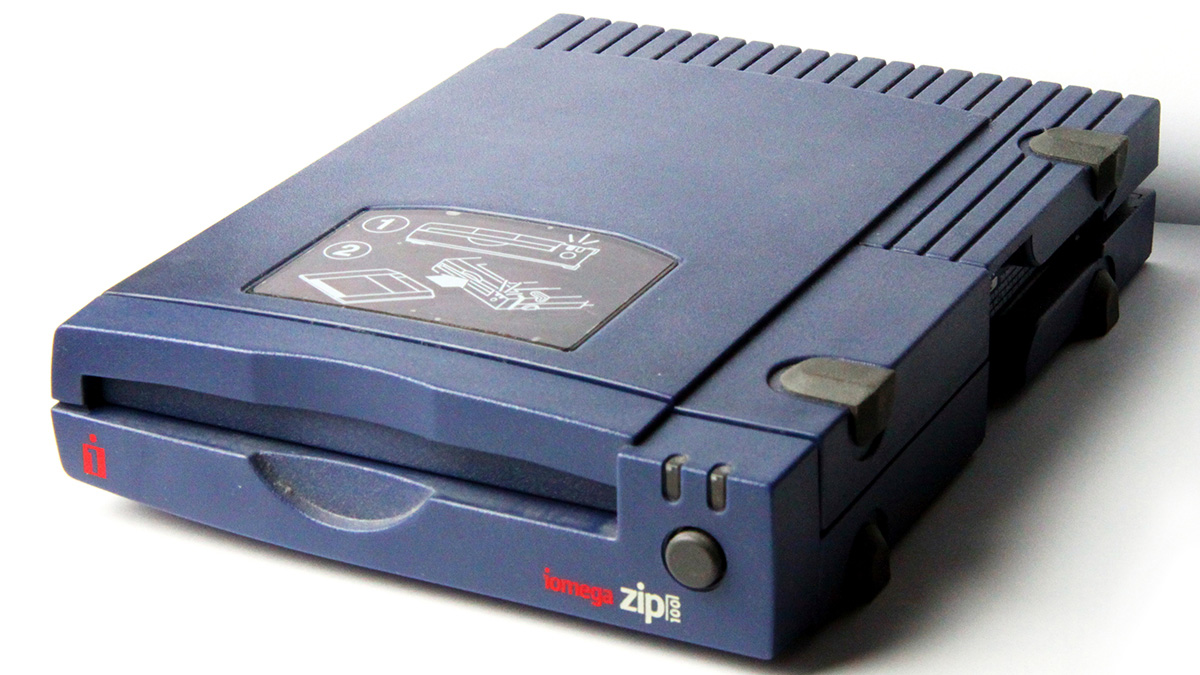 Zip drives plugged a gap between floppy disks and CDs, and enjoyed a brief moment of prominence towards the end of the 1990s before everyone started using USB sticks (which were smaller and easier to handle).

The format was pioneered by Iomega and offered 100 MB, 250 MB and 750 MB of storage on a single cartridge — not a great amount by today’s standards but still a dazzling figure to someone living in the 1990s. 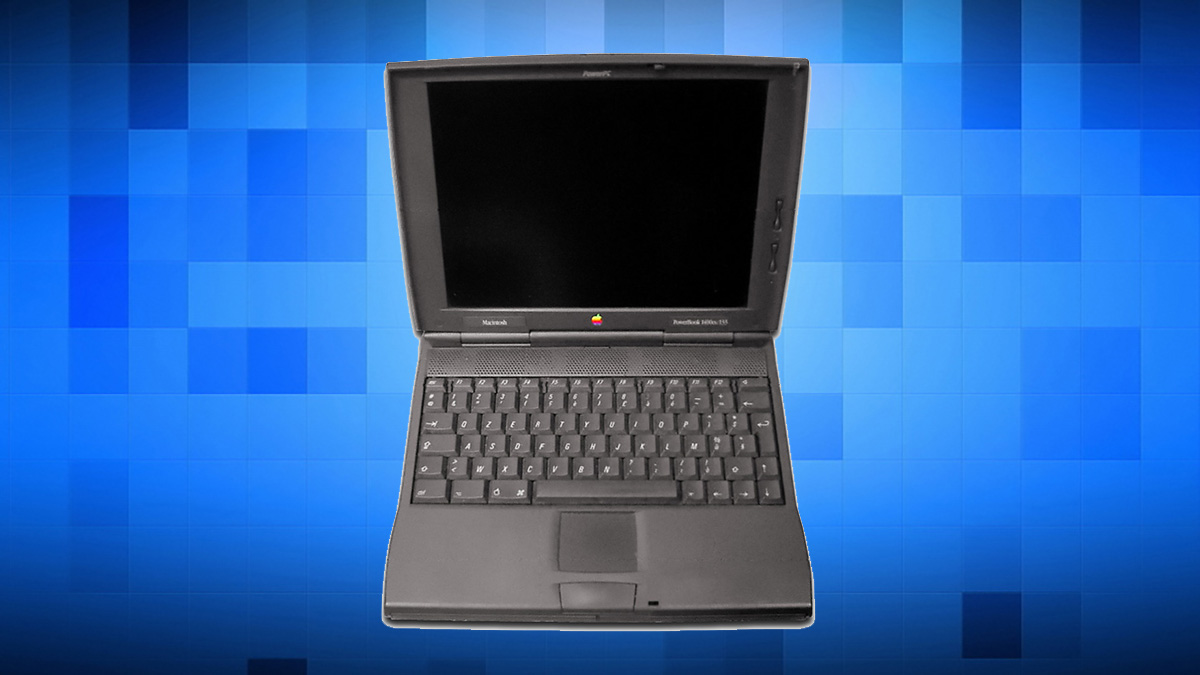 It came with a hefty price too, costing $2,499 for the basic configuration — back then, tiny electronics were expensive. 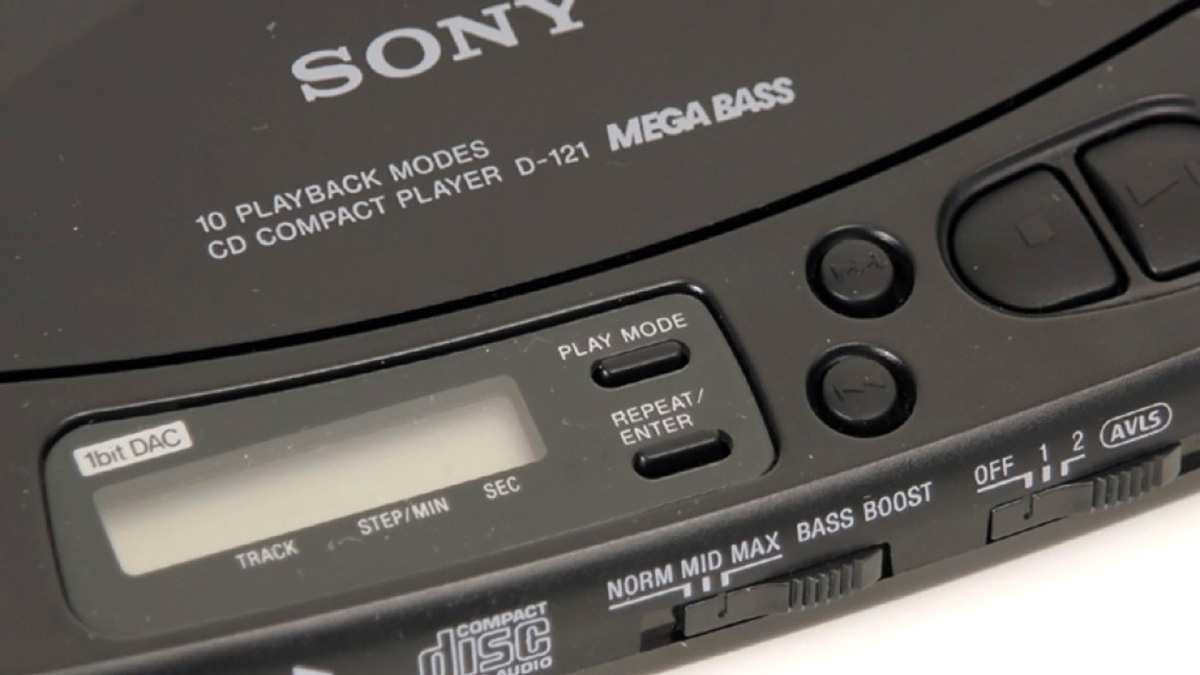 Portable CD players first arrived in the 1980s but they were still going strong in the 1990s — the key feature was the amount of built-in memory on board, which could keep the music playing even if your bus you were riding on hit a pothole.

By the time digital audio players appeared, CD versions like Sony’s Discman (shown here) were not much bigger than a CD case, a sign of how quickly gadgets were developing. 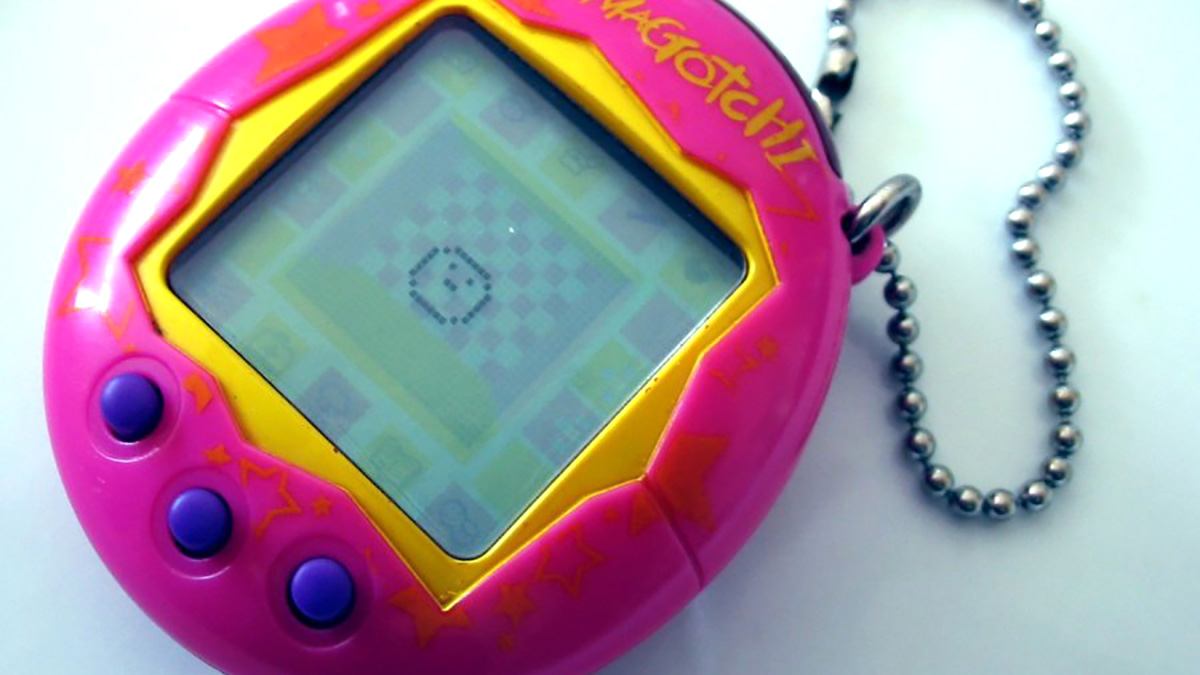 The Tamagotchi craze may have passed you by, but if you were a youngster during the 1990s then it’s likely you had a lot of friends busy trying to take care of virtual pets living in their pockets — it was like a very early version of the Sims.

The kids of today may check their smartphones incessantly, but it’s nothing compared to the level of care and attention Tamagotchi fans used to devote to their tiny digital animals. 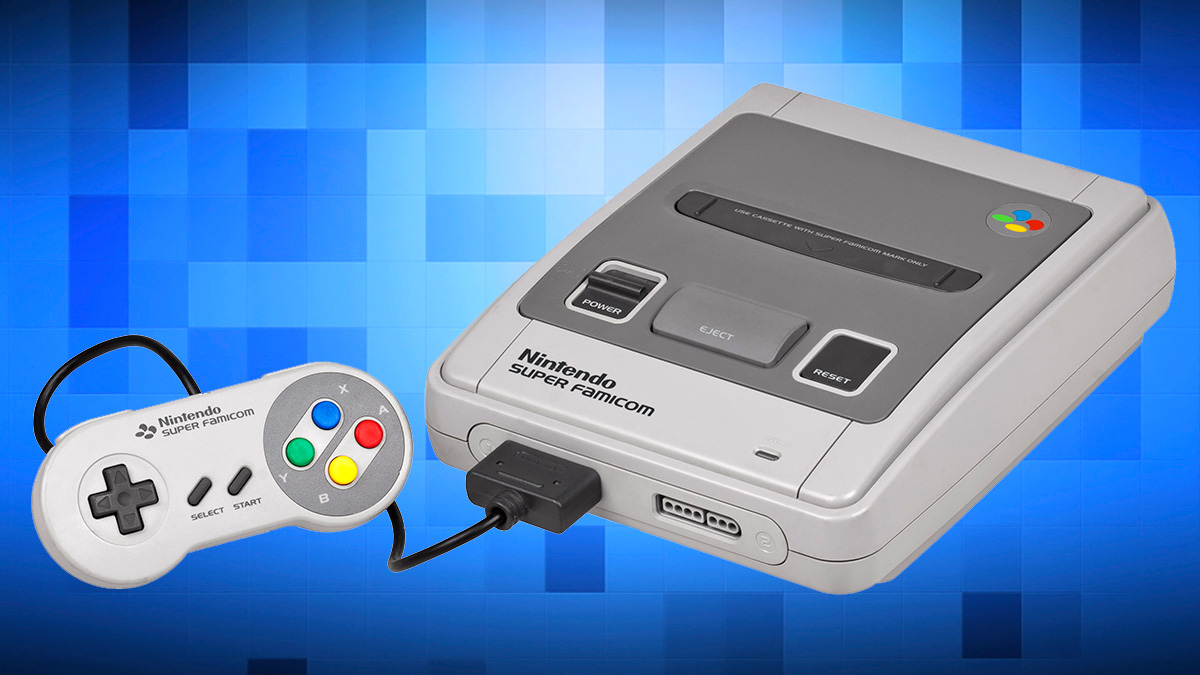 There are many 16-bit games consoles we can select for this round-up of course, but we’ve gone for the iconic SNES, released in 1990 in Japan, 1991 in North America and 1992 in Europe. Designed to go head-to-head with the Sega Genesis (or Mega Drive for Europeans), the 16-bit capabilities of the SNES meant a big step forward in terms of graphics and gameplay.

It went on to become the biggest-selling console of the era. 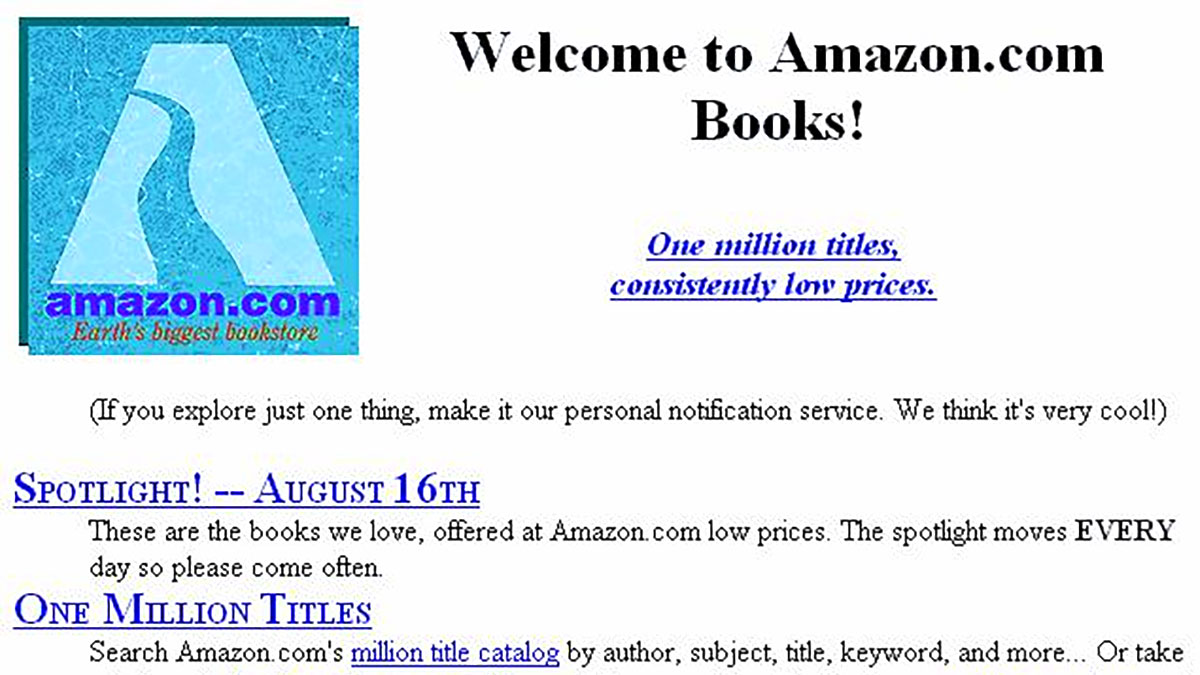 The Amazon.com website launched in 1995 as an online bookstore and it’s worth reminding ourselves that that first page looked like — we’ve become so dependent on the Internet and everything that comes with it that it’s easy to forget just how clunky and nerdy the Web once seemed.

Just two months after launch, Amazon’s sales were up to $20,000 or so a week, and the company has grown and grown since then. 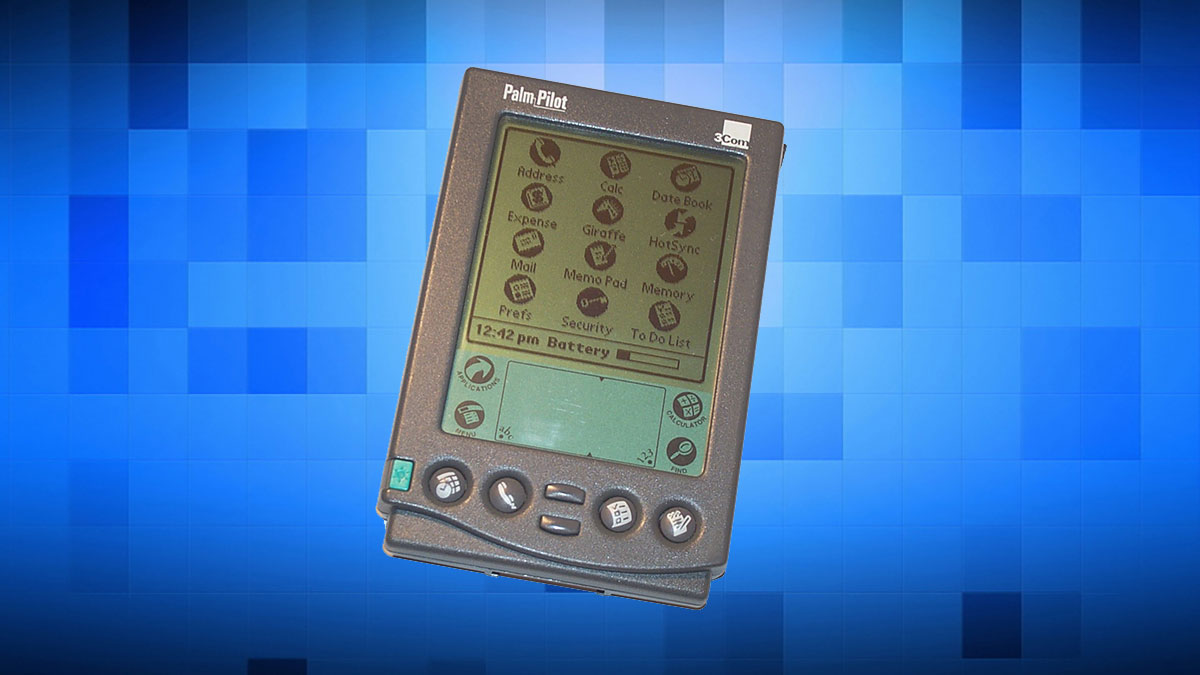 The Palm Pilot was one of a number of cutting-edge PDAs to be launched during the 1990s, and in many ways these Personal Digital Assistants were the forerunners of the smartphones we use today.

This particular model — one of the top-end options of the day — offered 1 MB of RAM and a 160 x 160 pixel resolution. Thanks to two AAA batteries it was capable of running for 30 hours at a go. 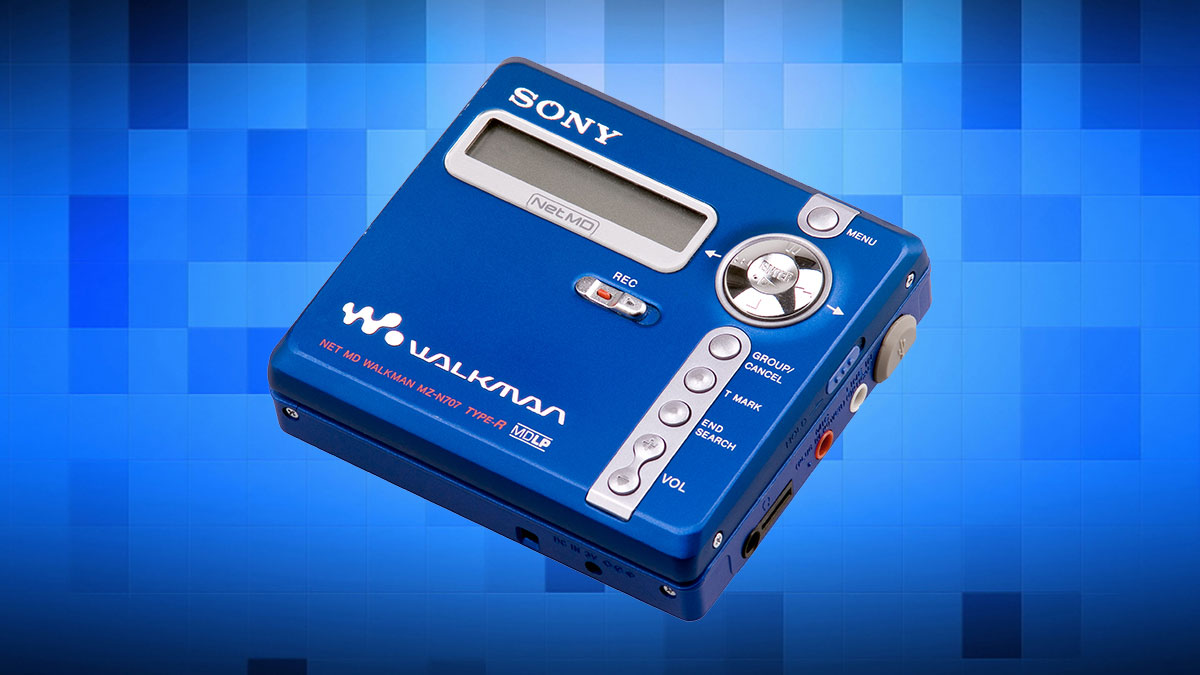 On paper, the MiniDisc should’ve been a roaring success: smaller than a CD but the same amount of data, plus recording that was as straightforward as a tape deck.

It launched in 1992 but never really took off as the general public (and musicians) stuck with cassettes and compact discs due to cost and convenience — Japan was the only market to really get behind the format. Production was finally stopped in 2011. 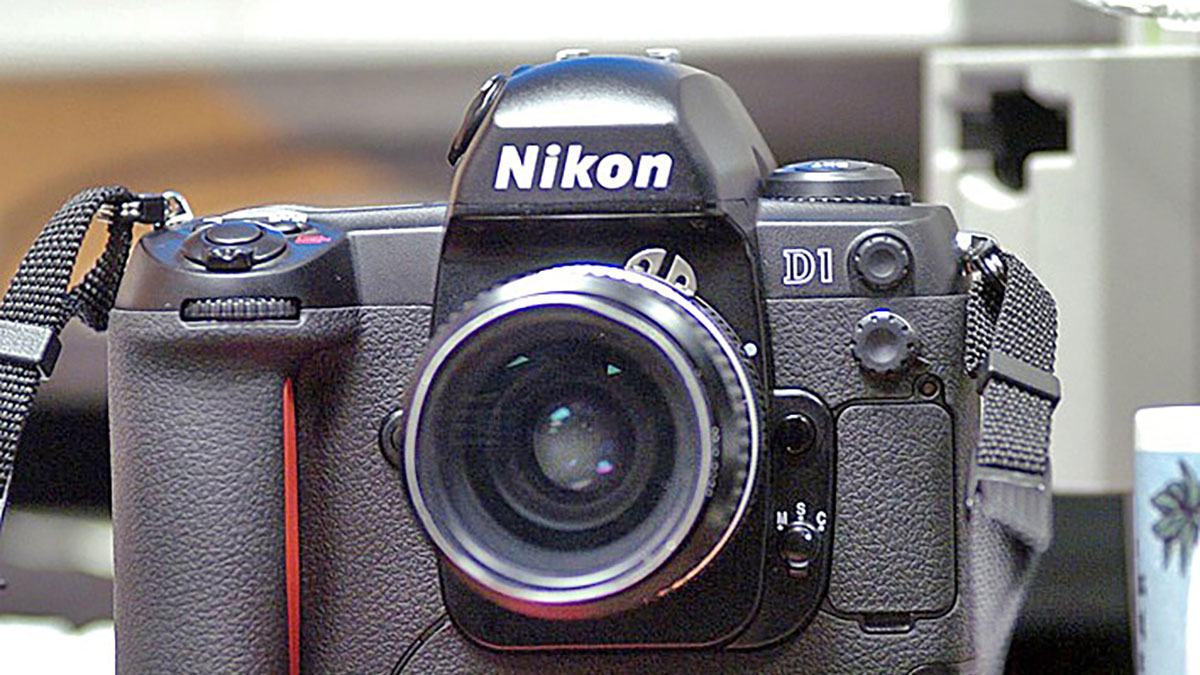 Now we all have powerful digital cameras integrated into our smartphones, it’s worth revisiting where the technology was at 20 years ago.

The Nikon D1, launched in 1999, was one of the first serious, professional digital cameras: built to be familiar to users of Nikon film SLR cameras, it offered a whopping 2.7-megapixel sensor and cost in the region of $5,000. Despite the high price, it earned rave reviews at the time. 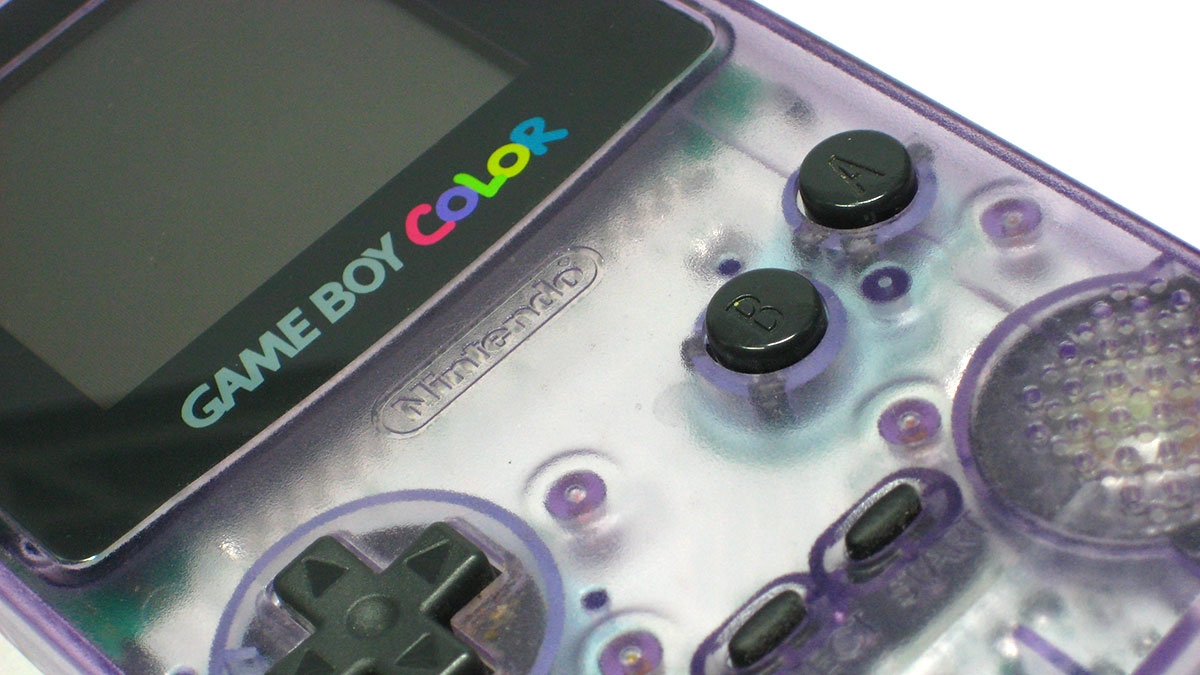 The Game Boy dominated the handheld gaming scene of the 80s and 90s, but the colour upgrade didn’t arrive until 1998. Together they sold nearly 120 million units, which makes Nintendo’s current plight all the more disappointing — it would love another Gameboy-style success.

If you picked up a Game Boy Colour at the end of the millennium then you might remember one of the three launch titles: Tetris DX, Wario Land II and Pocket Bomberman. 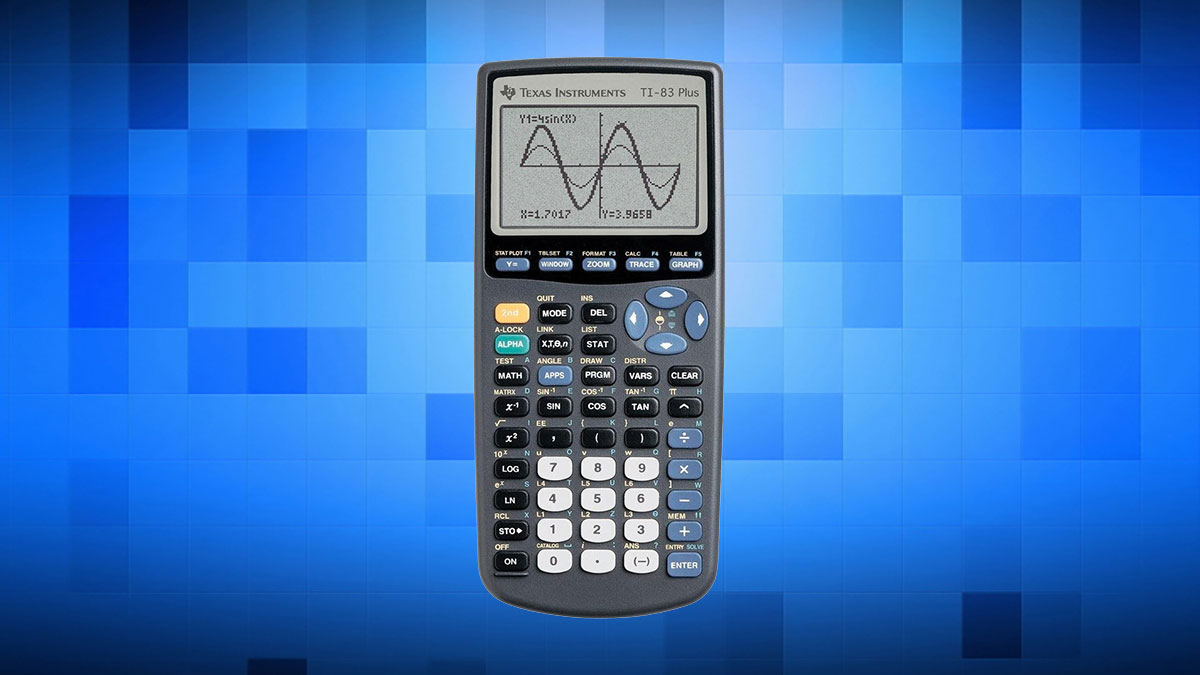 Graphic calculators really came to prominence in the 1990s, with the TI-83 model shown here arriving in 1996. They could help you feel like you were actually competent at maths, sketching out charts on a blocky, monochrome screen with a few button pushes.

Although smartphone apps now duplicate much of the same functionality, you can still get your hands on a number of graphing calculators today and even program them yourself. 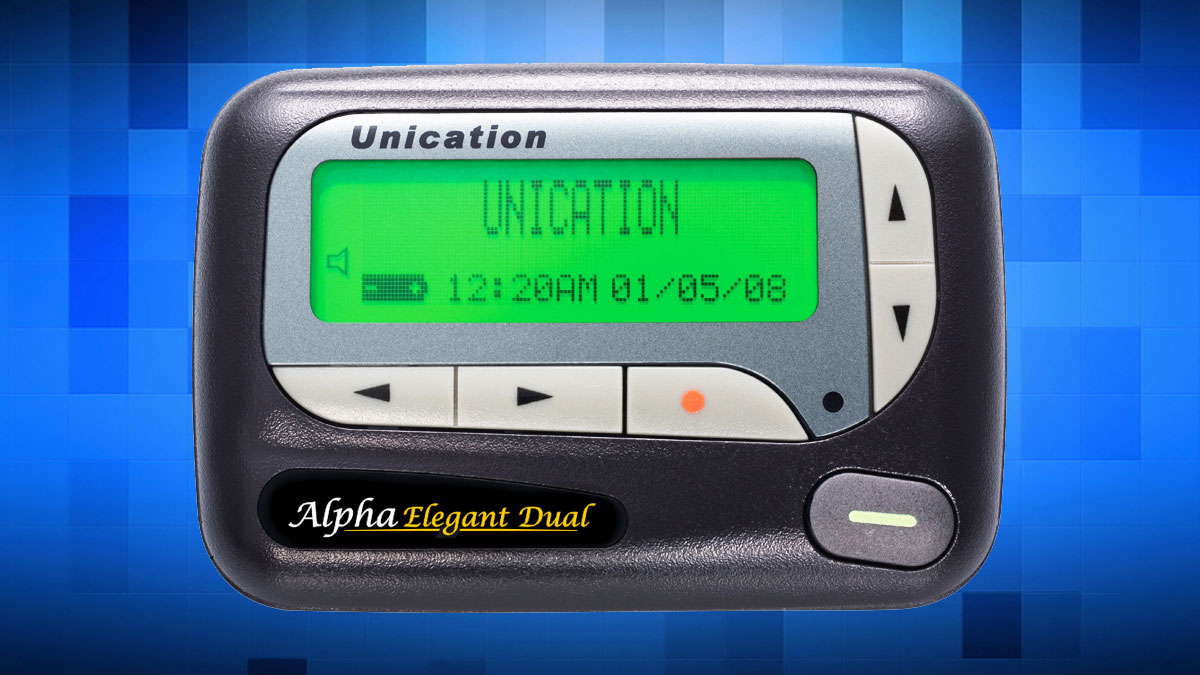 The 1990s were a simpler time: if you needed to contact someone, there weren’t a million and one ways to do it, you just paged them.

These miniature beeping boxes are still in use today in areas where mobile signal isn’t available or isn’t reliable (like hospitals), but back in the 90s they were all the rage and there were a huge number to choose from. The very first pager was released in 1962.