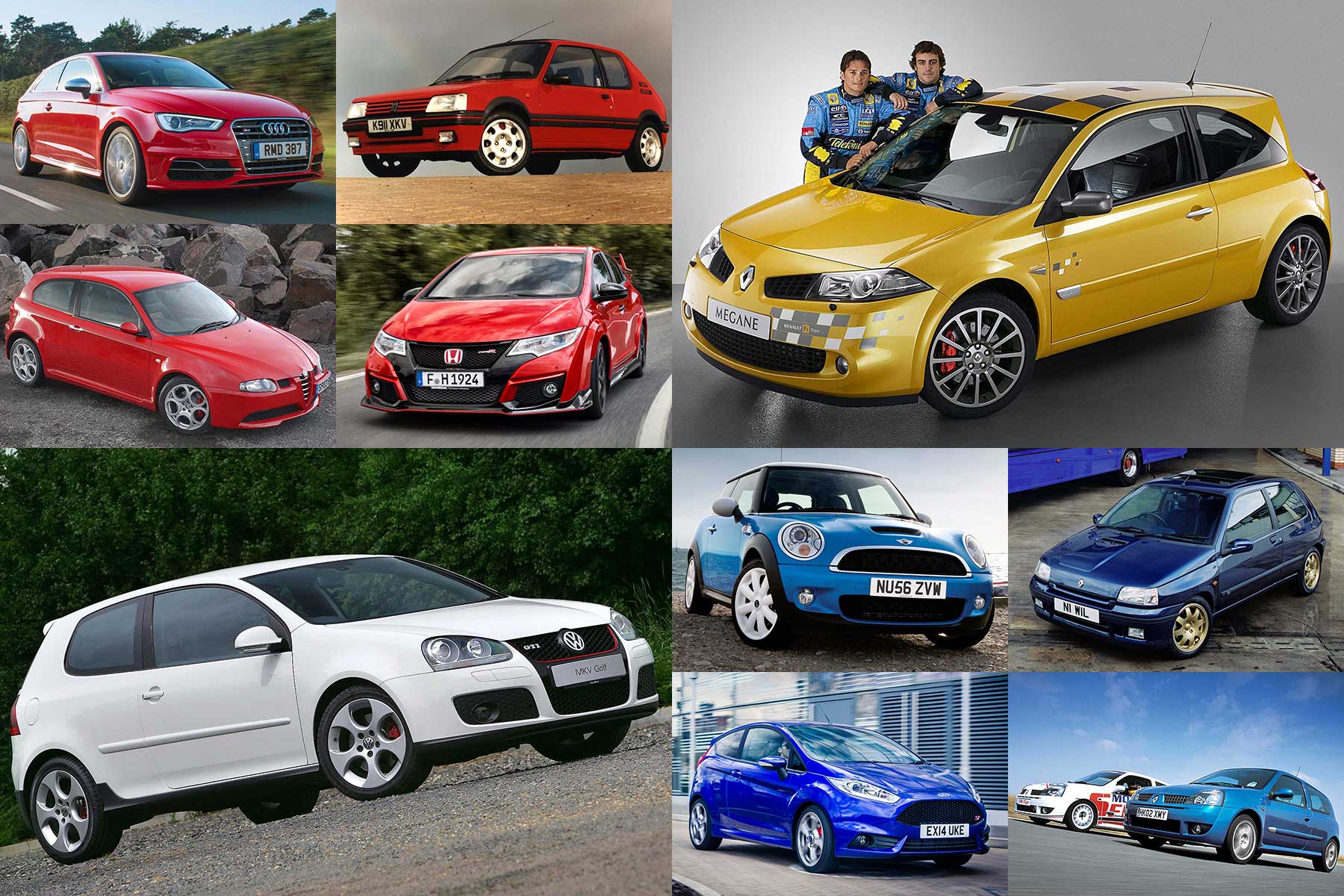 Britain loves a good hot hatch. We have done for years, and today’s crop is among the most tempting we’ve ever had.

But not everyone can afford a brand new motor. So, we’re instead turning to the classifieds to hunt down some bargains on the secondhand market. 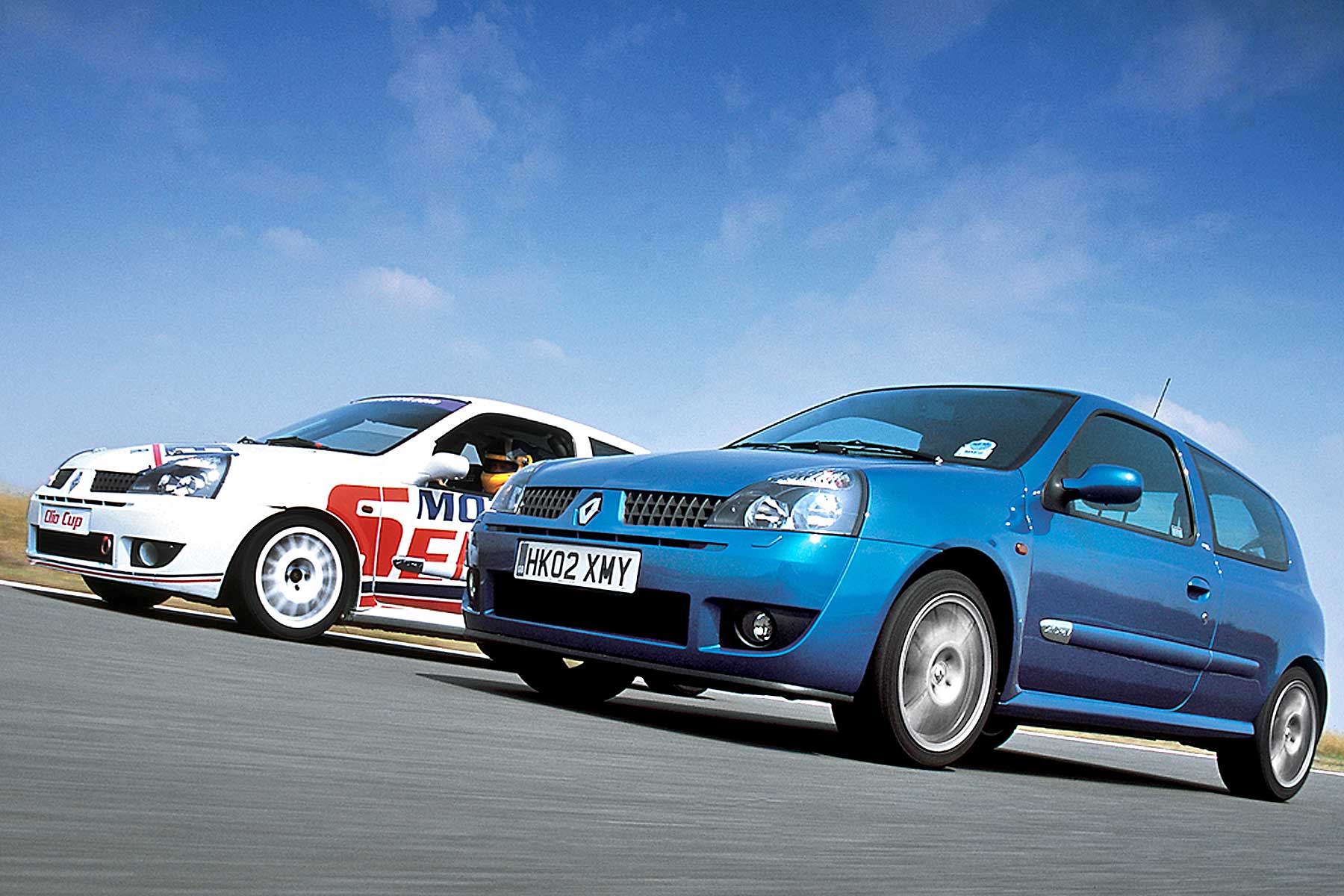 The Renaultsport Clio 172 is proof – if proof were needed – that you don’t need to spend a fortune to get your hands on one of the greatest hot hatches of all-time. Arriving at the turn of the millennium, the lightweight and immensely chuckable Clio redefined the hot hatch for a new generation. Opt for the 172 Cup for a more hardcore experience. 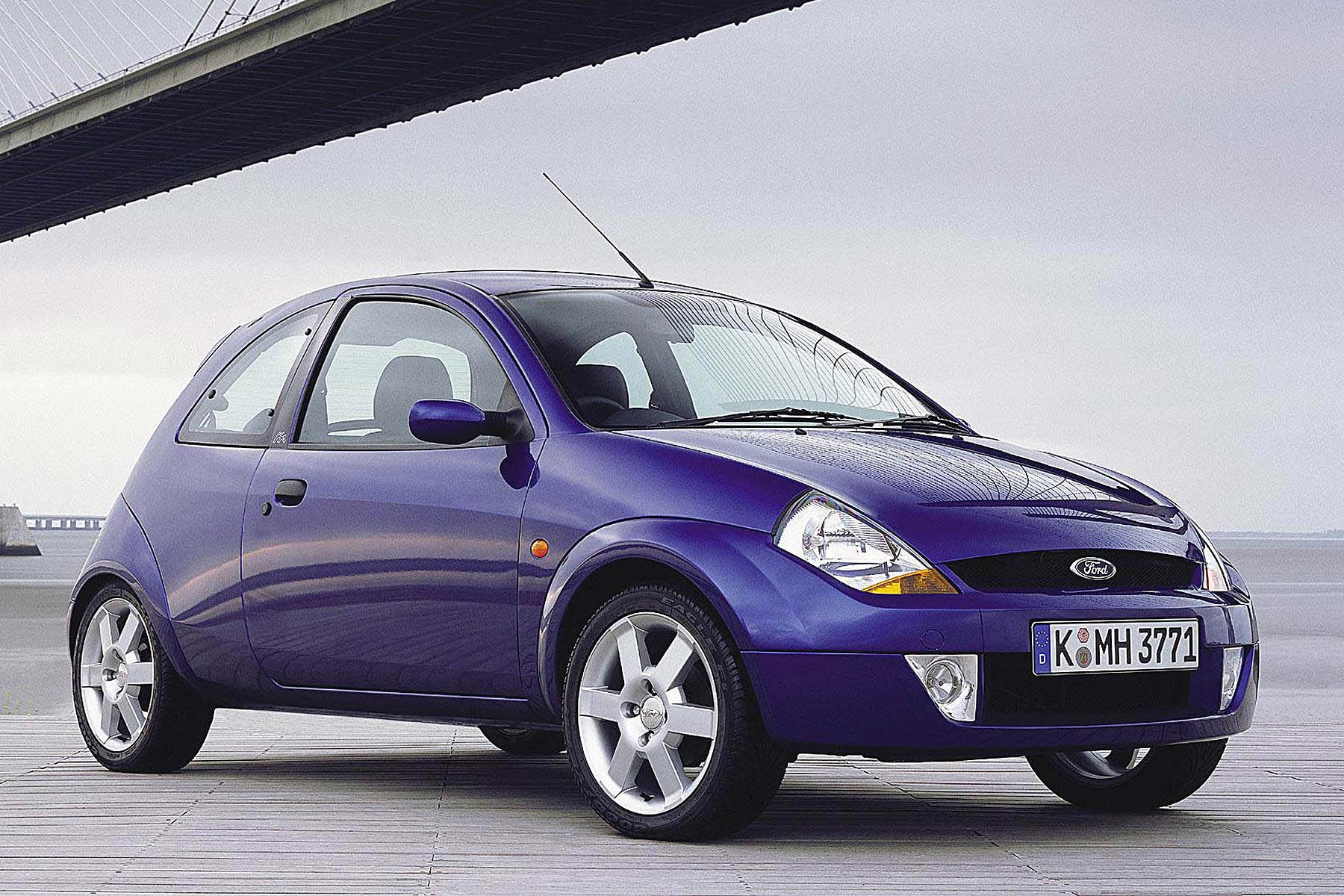 When pub chat turns to the subject of affordable hot hatches, it’s often a while before the conversation turns to the Ford SportKa. There then follows a collective nodding of heads as folk remember just how good this pocket rocket actually was. Think of it as a modern-day MK1 Golf GTi, with a wheel at each corner and a 1.6-litre 8v engine. A bargain, with prices starting from just £700. 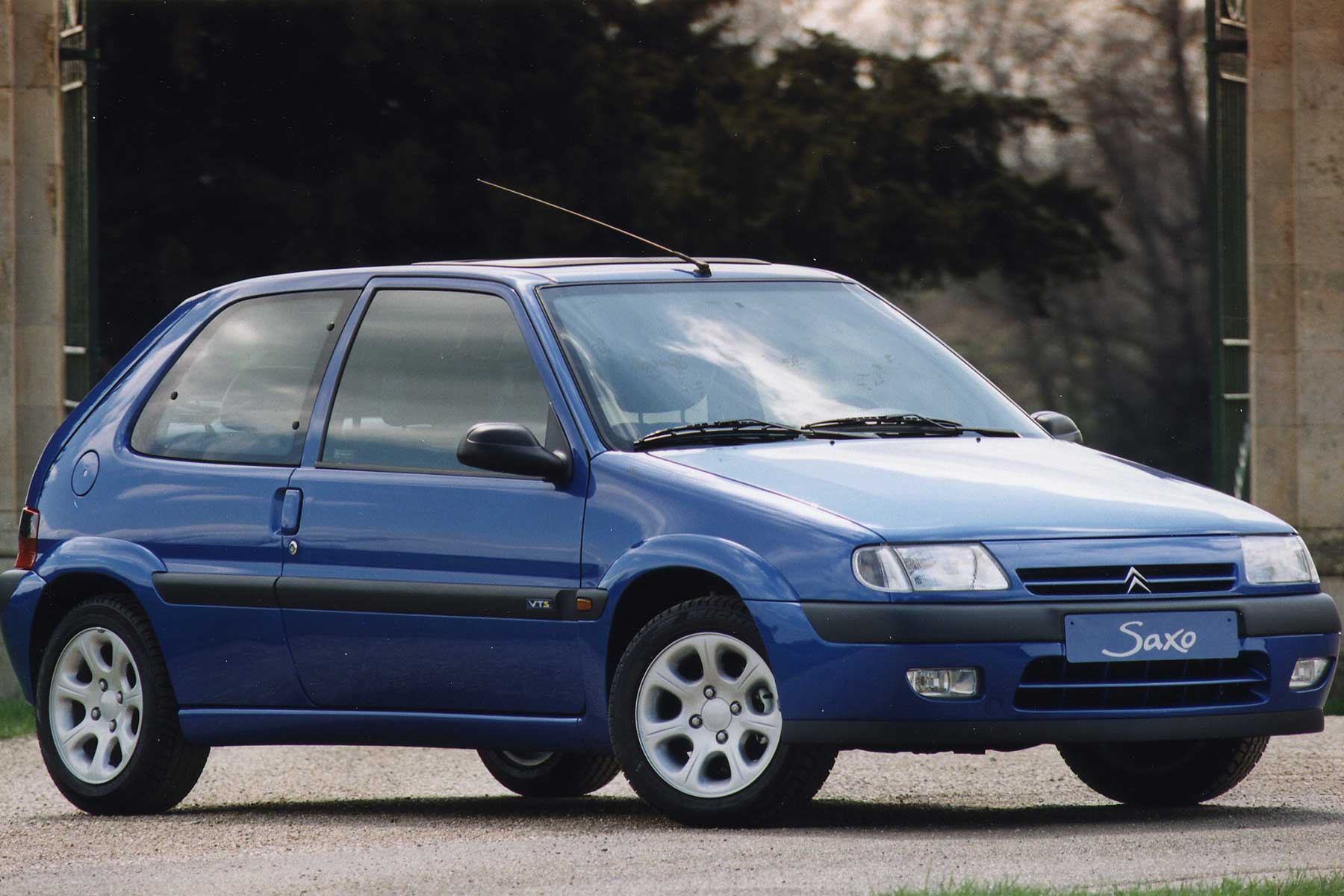 Don’t knock it, because the Citroen Saxo VTS – along with its Peugeot 106 GTI sibling – followed the old school hot hatch recipe. It weighed just 935kg, had a 1.6-litre engine and – thanks to its love of lift-off oversteer – could catch out the unwary. Thanks to an image problem, numbers are dwindling fast. Catch one while you can. 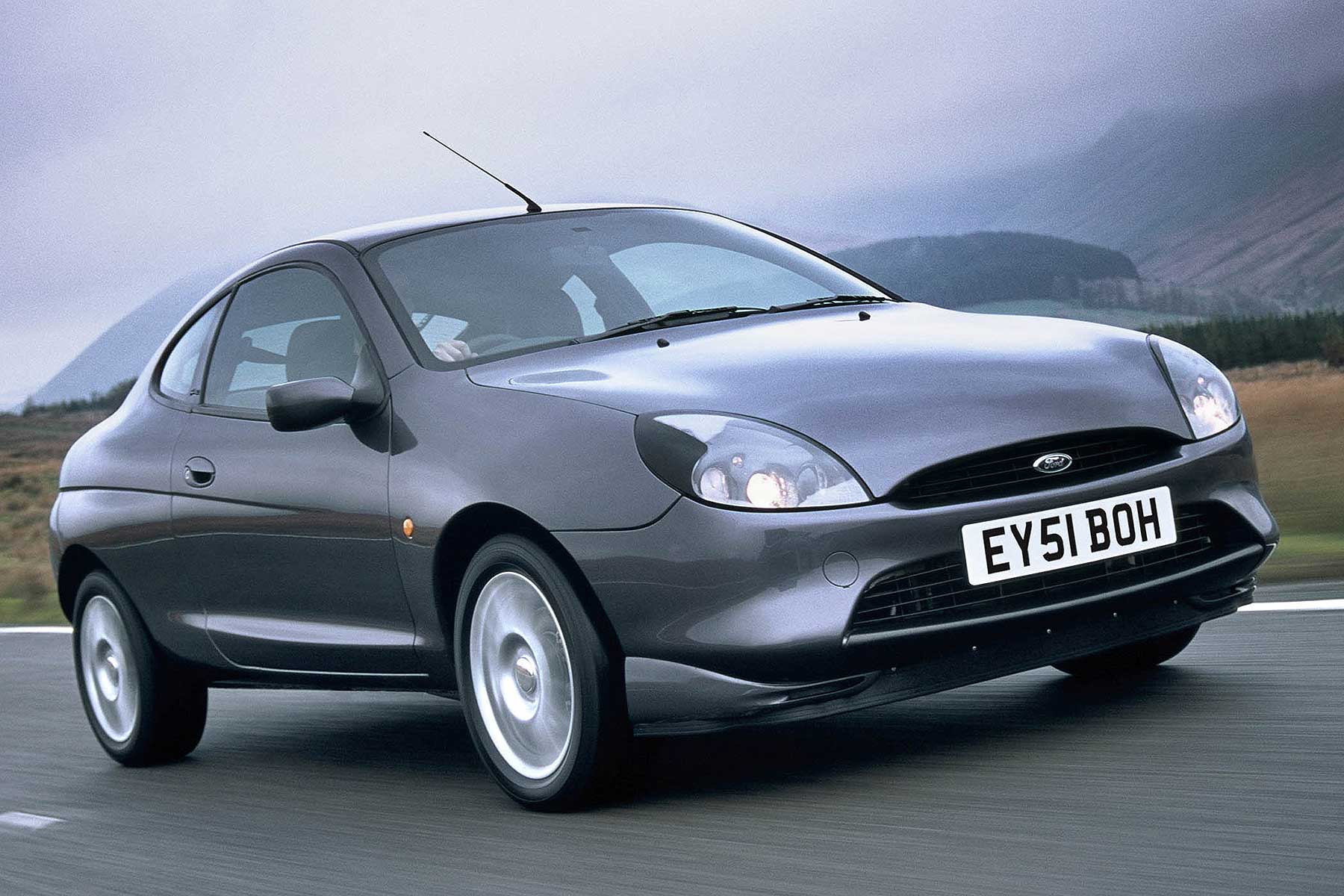 Yes, we know the Ford Puma is a coupe, so shouldn’t be included on a list of hot hatches, but by virtue of the fact it can shame many an illustrious hatchback, it deserves its place here. Quite simply, the Puma is one of the best driver-focused front-wheel drive cars you can buy and prices start from £500. Opt for the 1.7-litre version but look out for terminal rust. 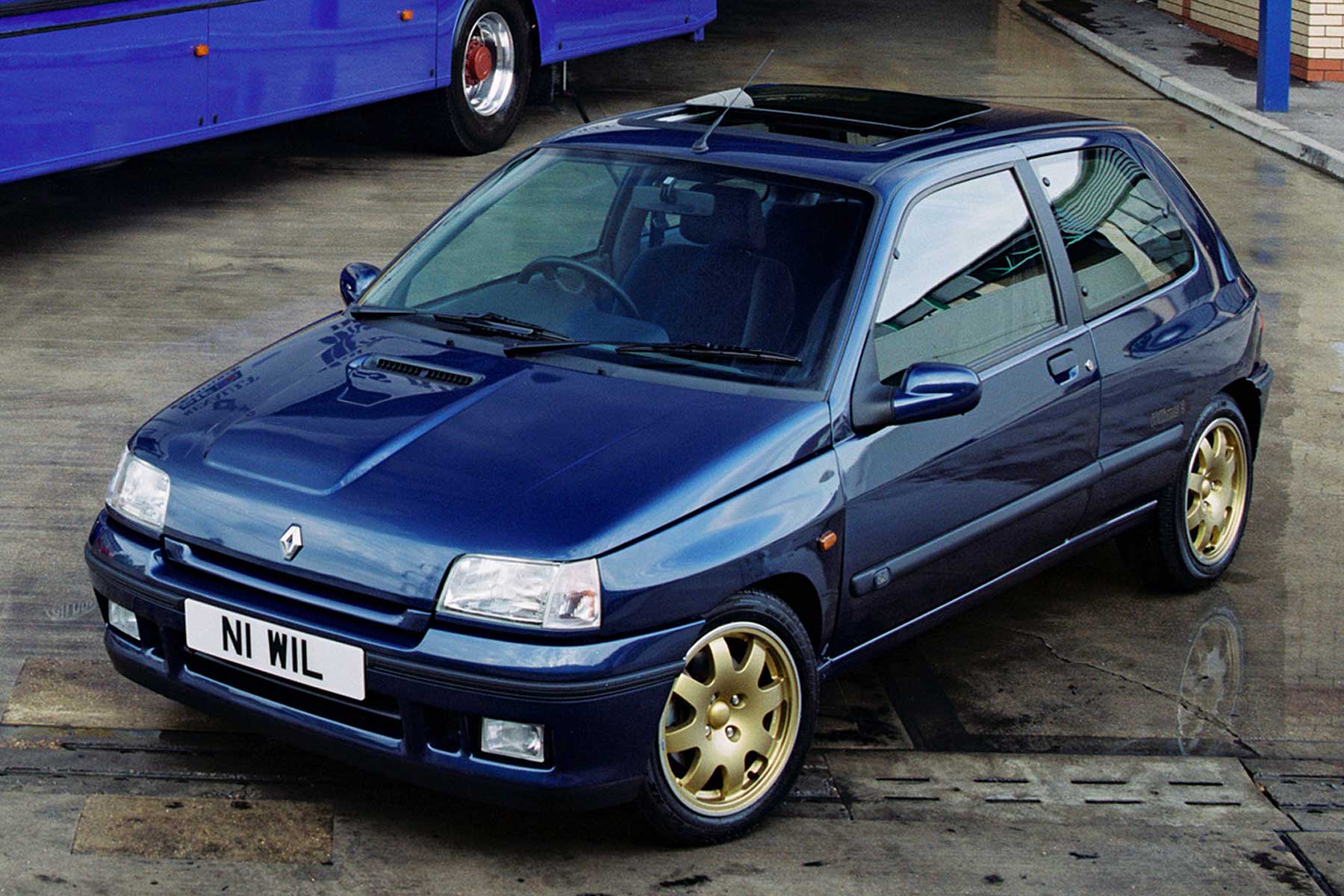 Already well on the way to classic status, if it isn’t there already. The Clio Williams set the blueprint for all future Renaultsport cars and indeed, it was Renault’s sporting arm which handled the makeover. Power was sourced from a 2.0-litre 16v engine and the one to have is the original Clio Williams, of which 500 were made. 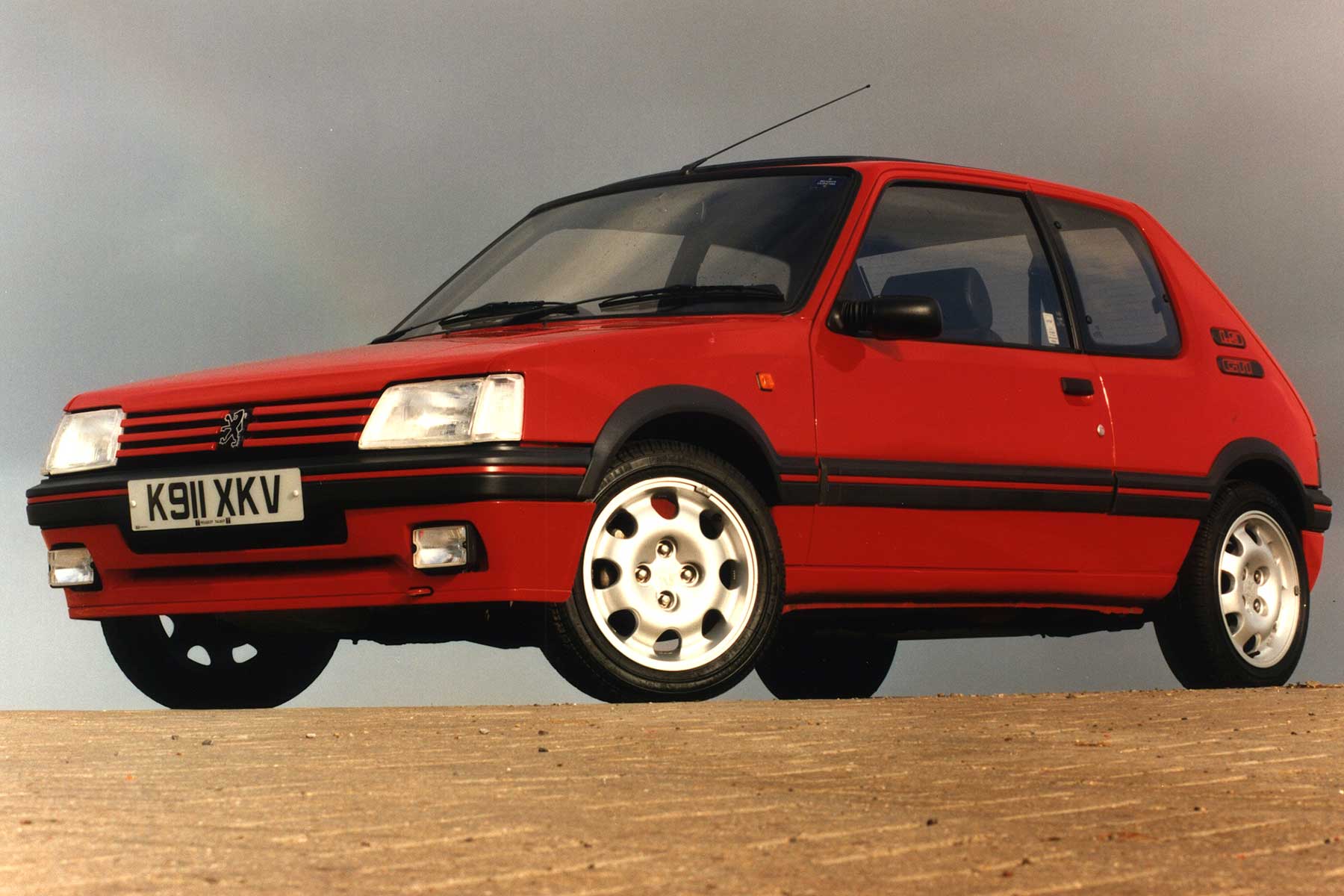 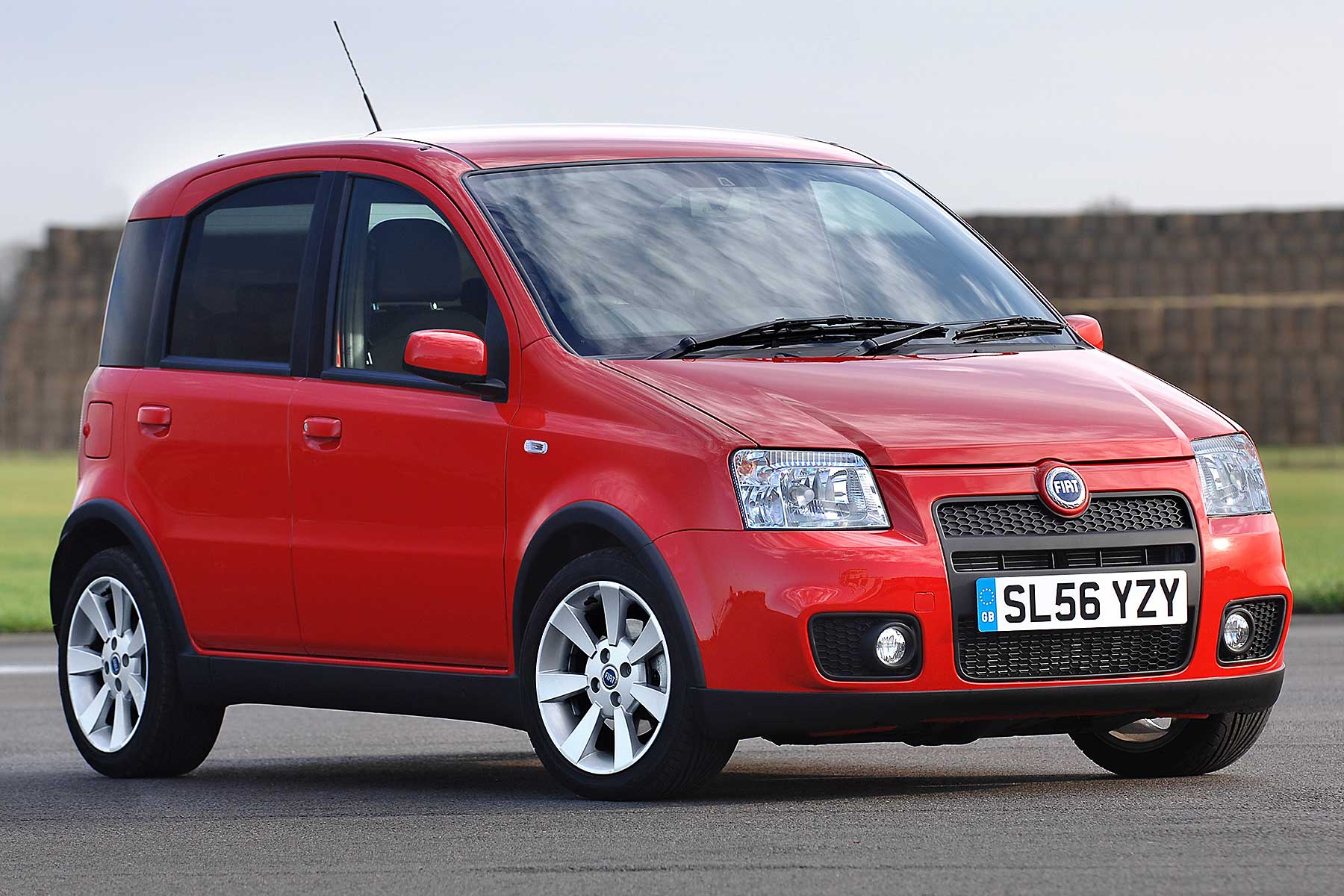 Choosing between the next two cars on our list will be tough, but the Fiat Panda 100HP just edges it in terms of charm and style. It’s Italian, after all. Power is sourced from a 1.4-litre engine and develops – you guessed it – 100hp. As an extra bonus, the six-speed gearbox means you’ll easily achieve 40mpg, so matter how much fun you’re having. 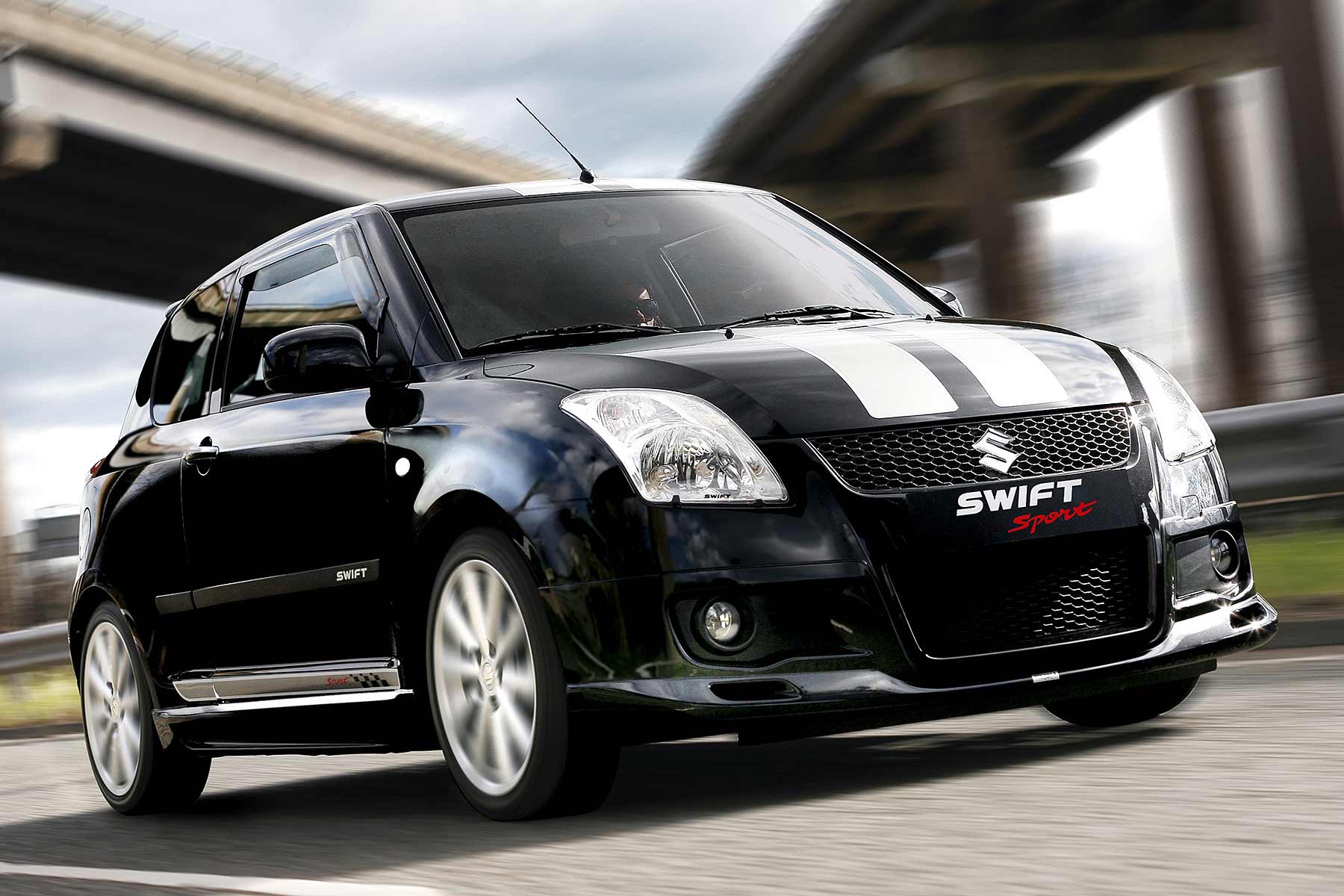 You can buy a new Suzuki Swift Sport from as little as £13,999, which is undeniably a bargain. But for pure enjoyment we prefer the original first generation Swift Sport. It was less powerful than its replacement, but it required more work to get the best from it. And that’s a very good characteristic in a junior hot hatch. 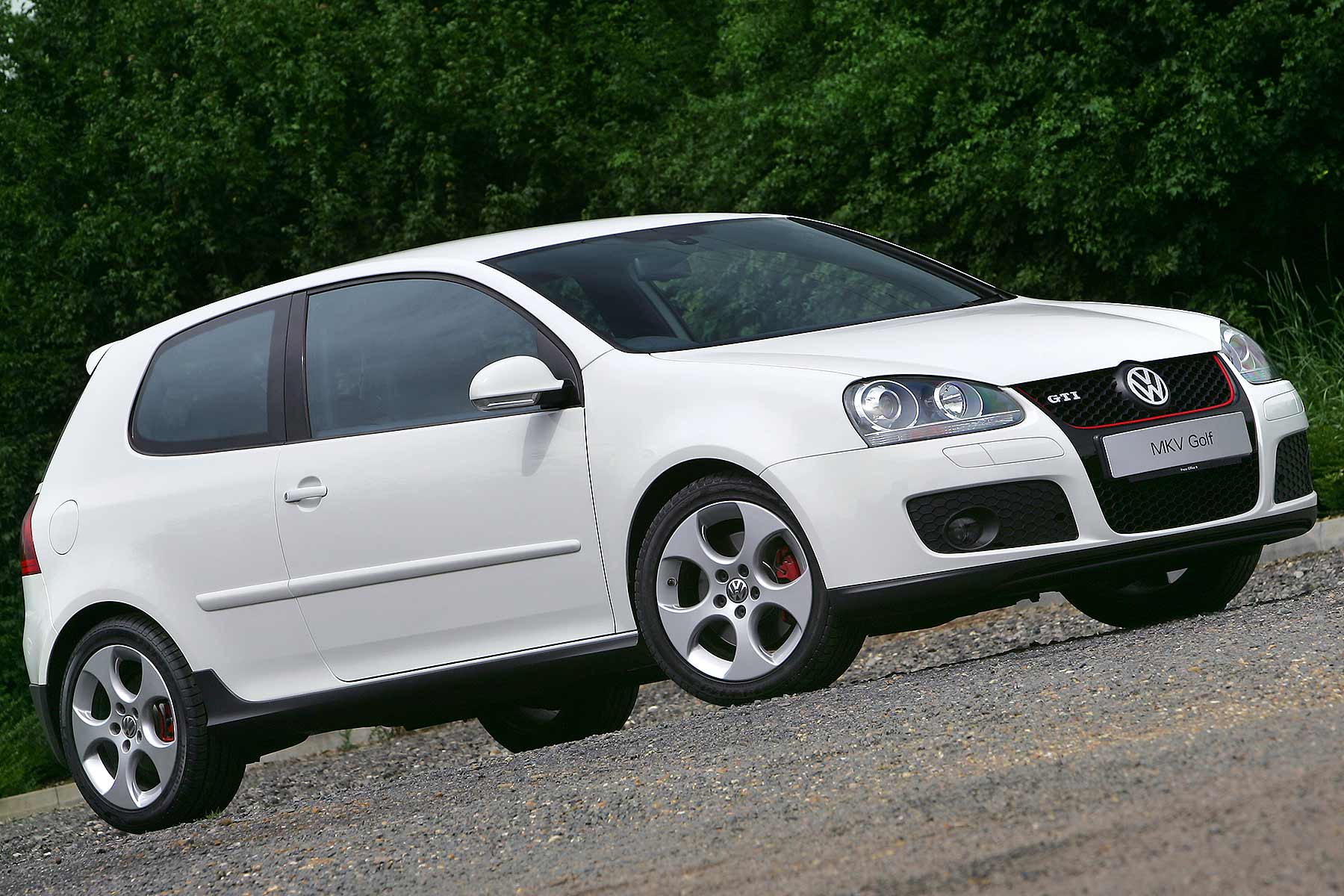 The fifth generation Golf GTI saw a welcome return to form for the car that practically invented the hot hatch formula. It helped that the MK5 Golf provided a good platform, but the 2.0-litre engine and suspension provided the necessary ingredients for success. And the interior was well executed – a fitting tribute to the MK1 and MK2. 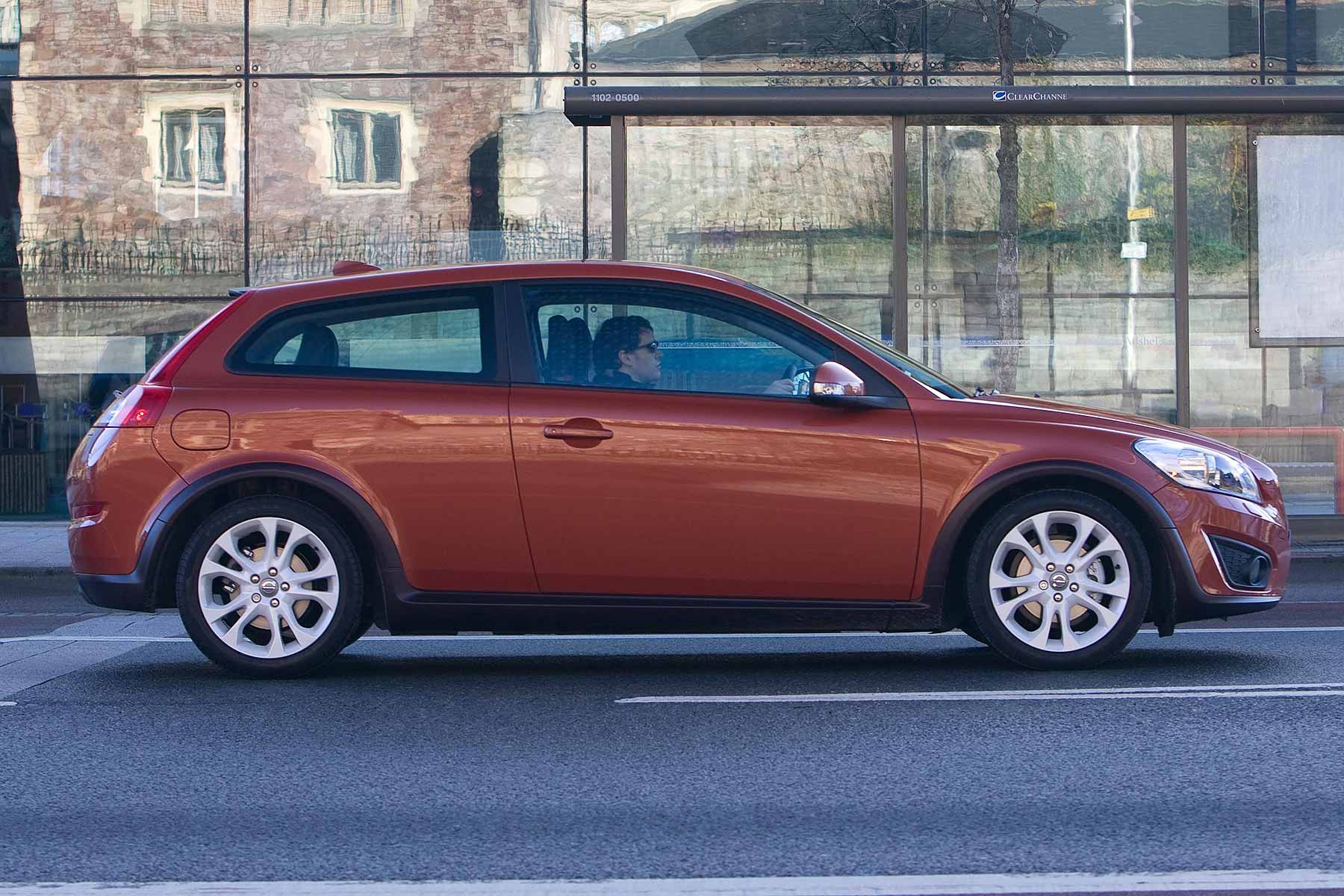 Wait, what? A Volvo on a list of great hot hatches? Well they say variety is the spice of life and the C30 T5 offers something different. A more grown-up approach, if you like. Put it this way – you get the quirky looks and delightful interior of a C30 with the same 2.5-litre 5-cylinder engine you’ll find in a Ford Focus ST. Tempting, isn’t it? 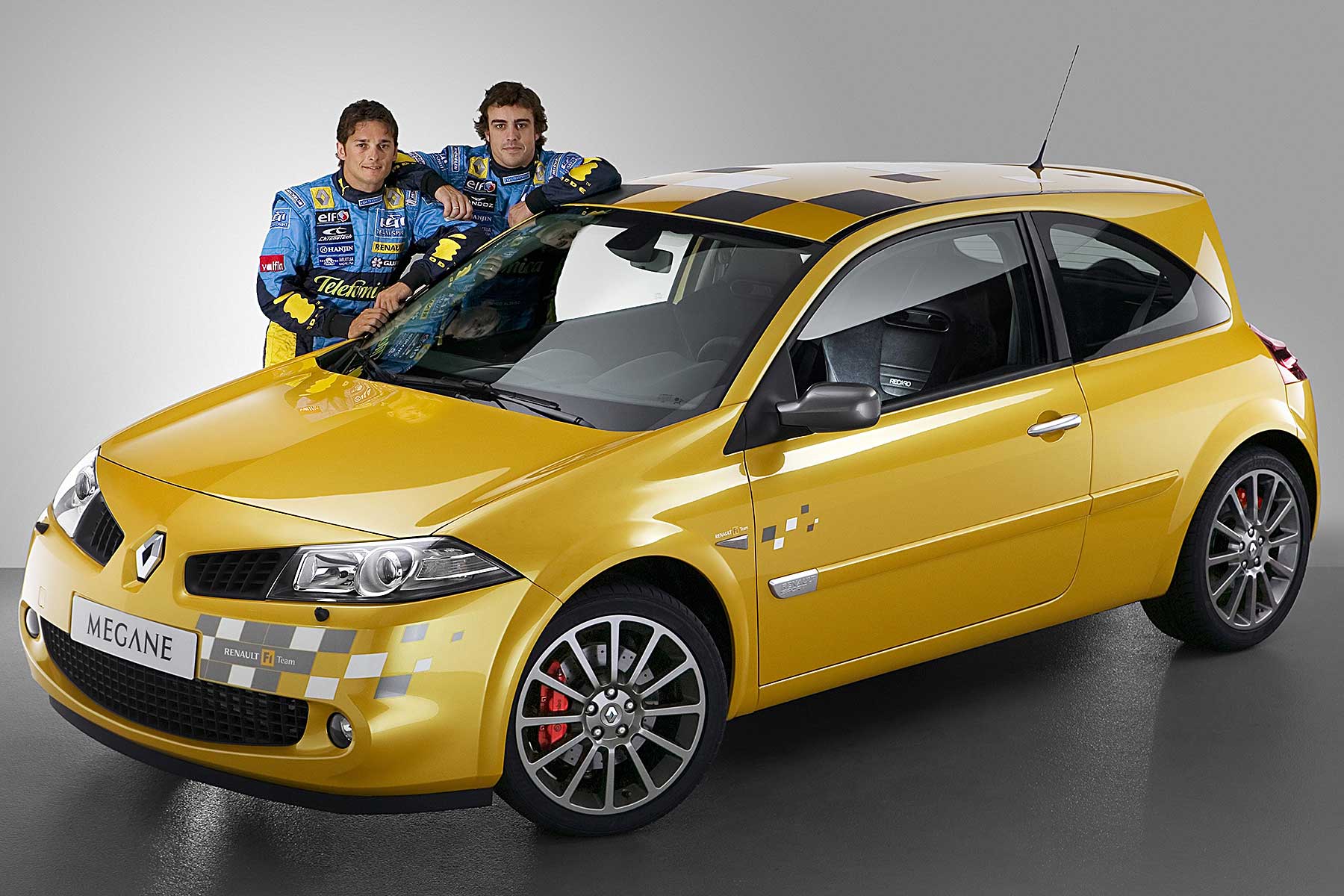 Frankly, we could have loaded this entire feature with different Renaultsport Meganes, because they’re amongst the best hot hatches of all-time. There have been many special editions along the way, including the not at all clumsily-named Renault Megane Renaultsport 230 F1 Team R26. For the ultimate experience, opt for the R26.R – the most hardcore of the lot. But you will need to spend much, much more. 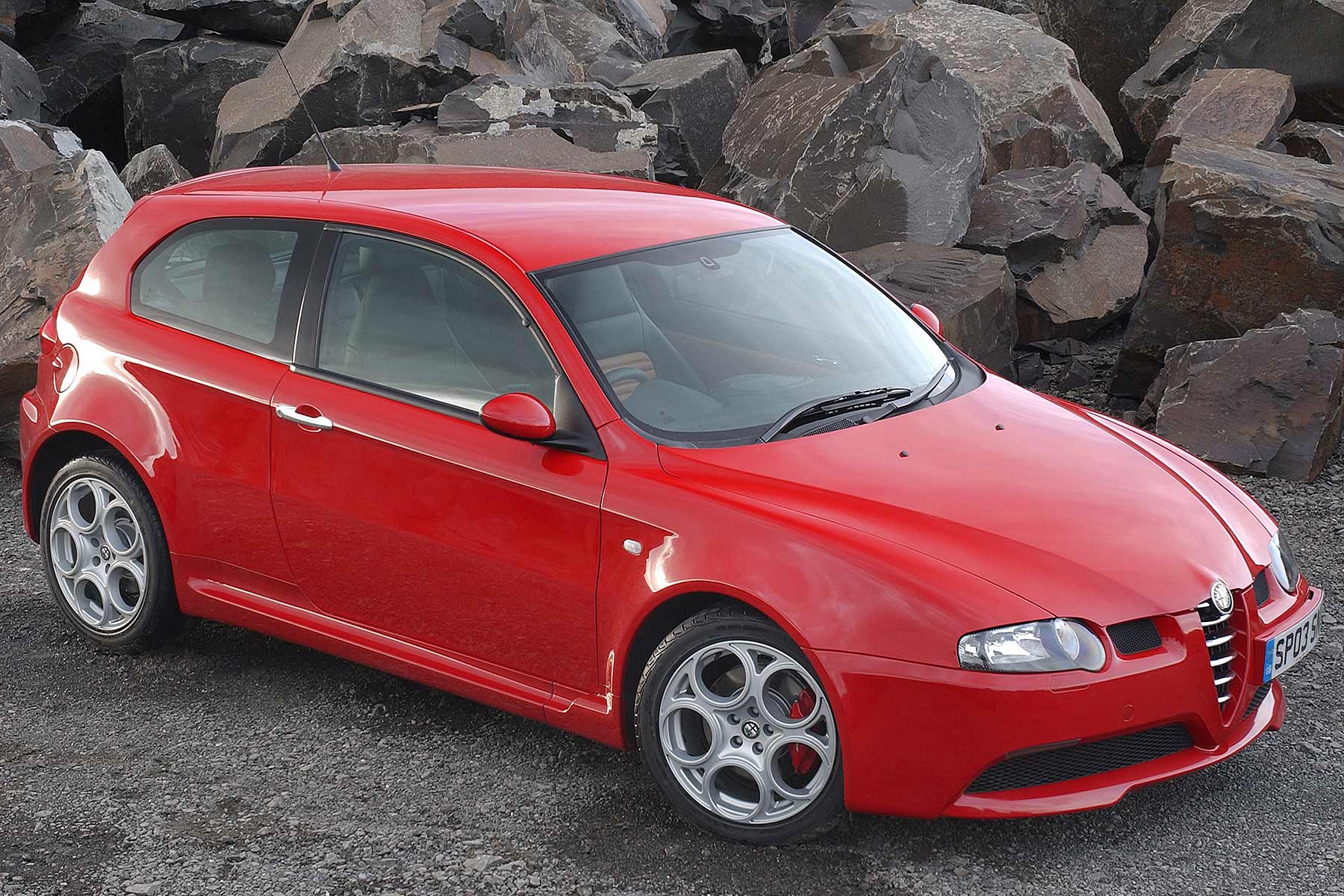 We admit there are better hot hatches available and the Alfa Romeo 147 GTA isn’t perfect. But the hot Alfa has one ace up its sleeve and that’s the creamy 3.2-litre V6 engine. It also looks a million dollars and has that all important Alfa Romeo badge on the bonnet. 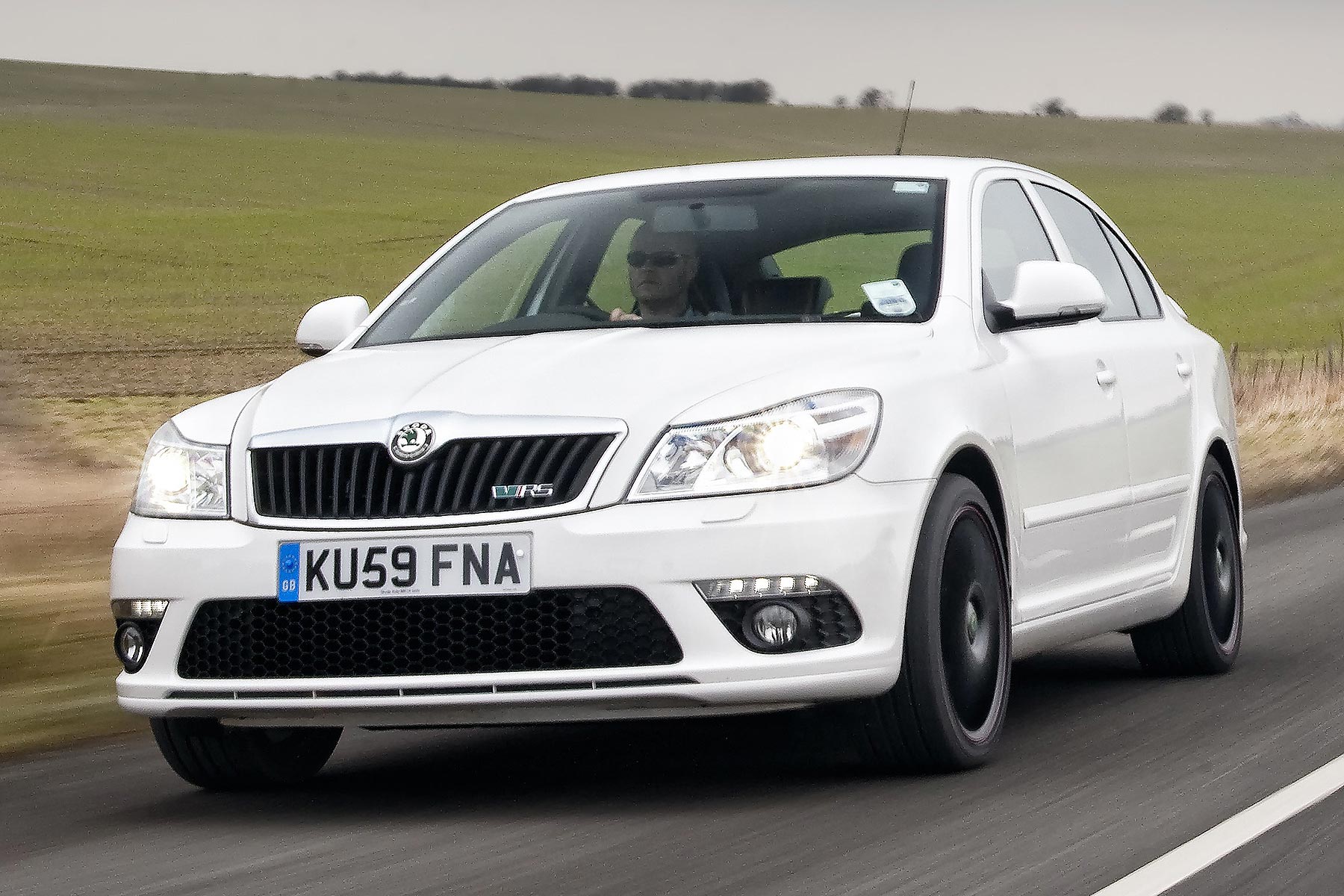 You can spend significantly less and get your hands on the original Octavia vRS. You can also spend less to get an early and leggy MK2. But we’d suggest spending at least £10,000, which will get you a three-year-old petrol or diesel in either hatchback or estate form. Both are super-practical and are backed by one of the best dealer networks in the country. 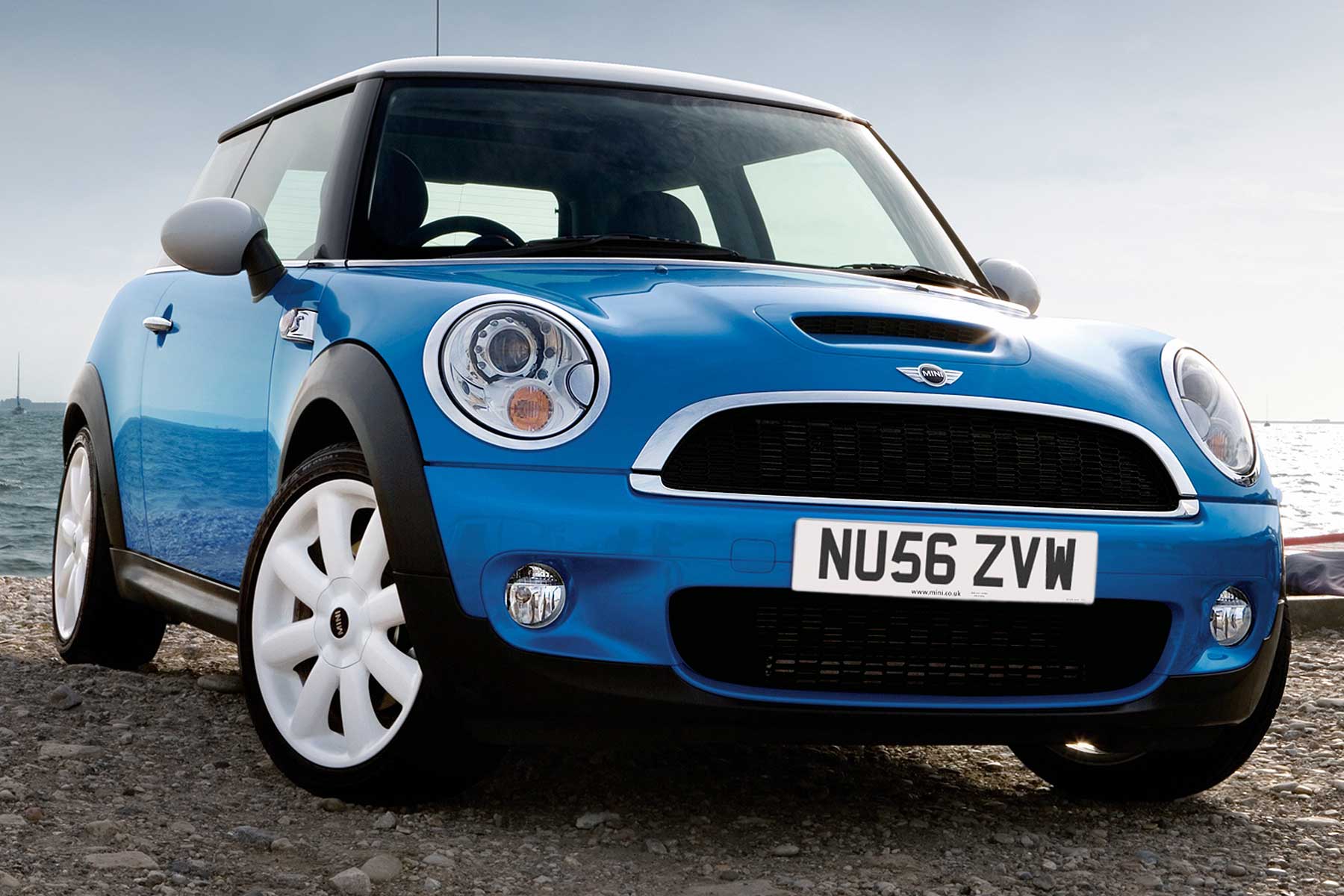 You can pick up an early first generation MINI Cooper S for a few grand, but we’d suggest opting for the second generation R56 version. The 1.6-litre turbocharged engine is punchy and when combined with the raspy exhaust, emits a better soundtrack than the supercharged Cooper S of before. They hold their value tremendously well, too. 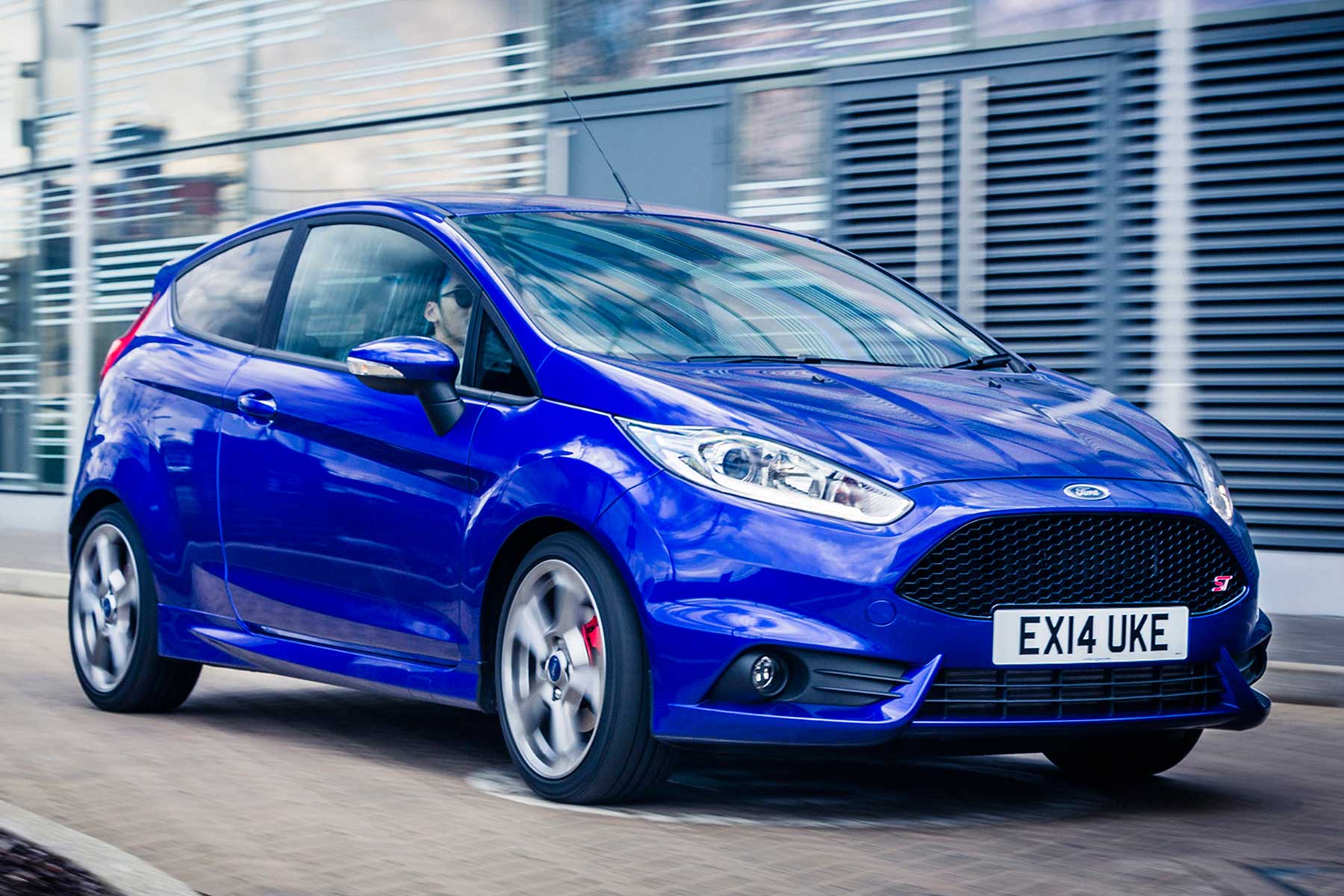 The new Ford Fiesta ST is, quite simply, the best hot hatch you can buy new. And with some tempting PCP offers, there’s no reason why you shouldn’t buy new. But Fiesta STs are now starting to appear on the used car market and prices start at just £13,000. Wow. 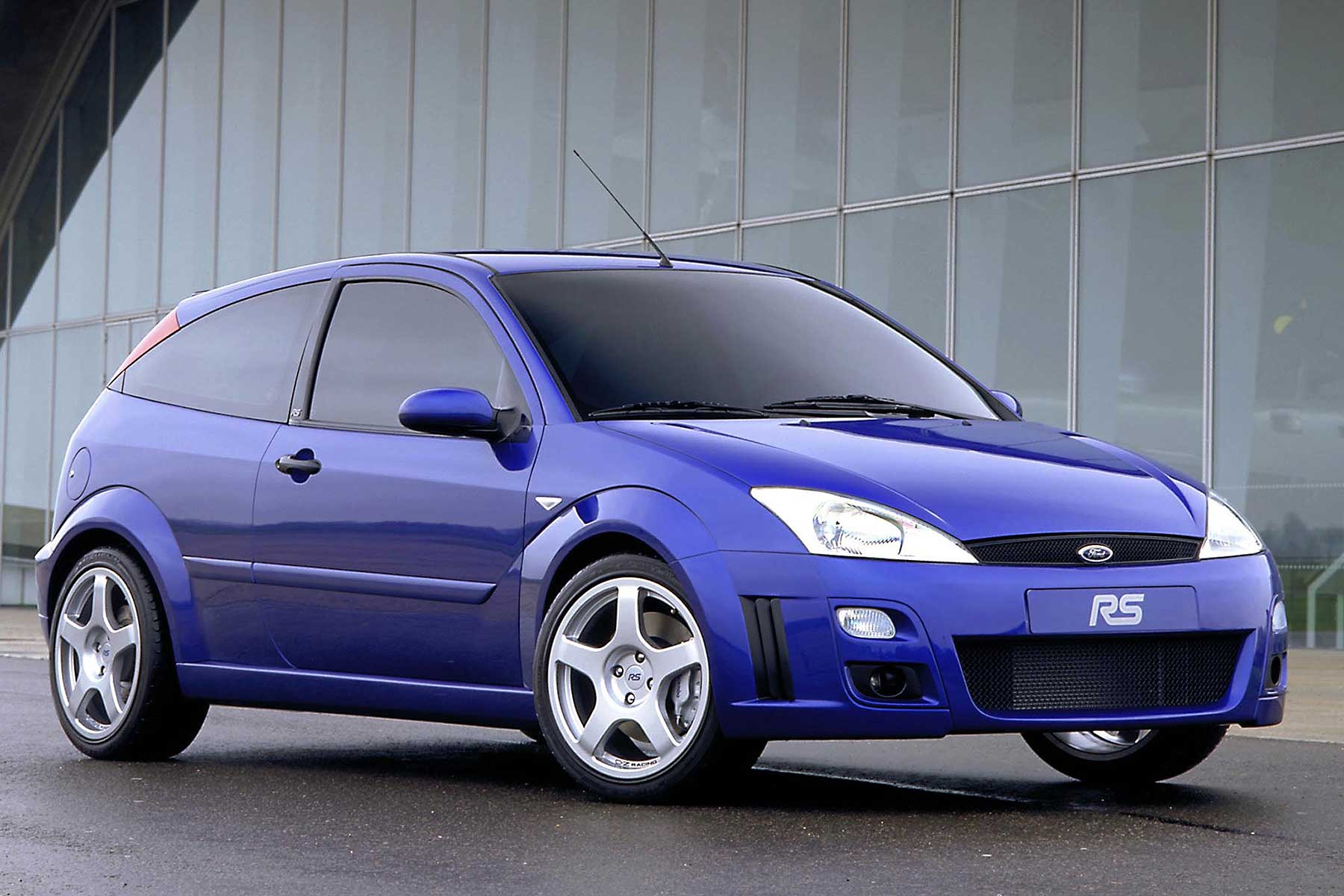 We’ve been saying for a while that the original Ford Focus RS is sure-fire future classic with proper investment potential. We may have missed the boat, because prices are heading north of £10,000 and showing no signs of retreating. Never fear, you can always buy the MK2 Focus RS or opt for the equally good ST. Or just wait for the all-new RS… 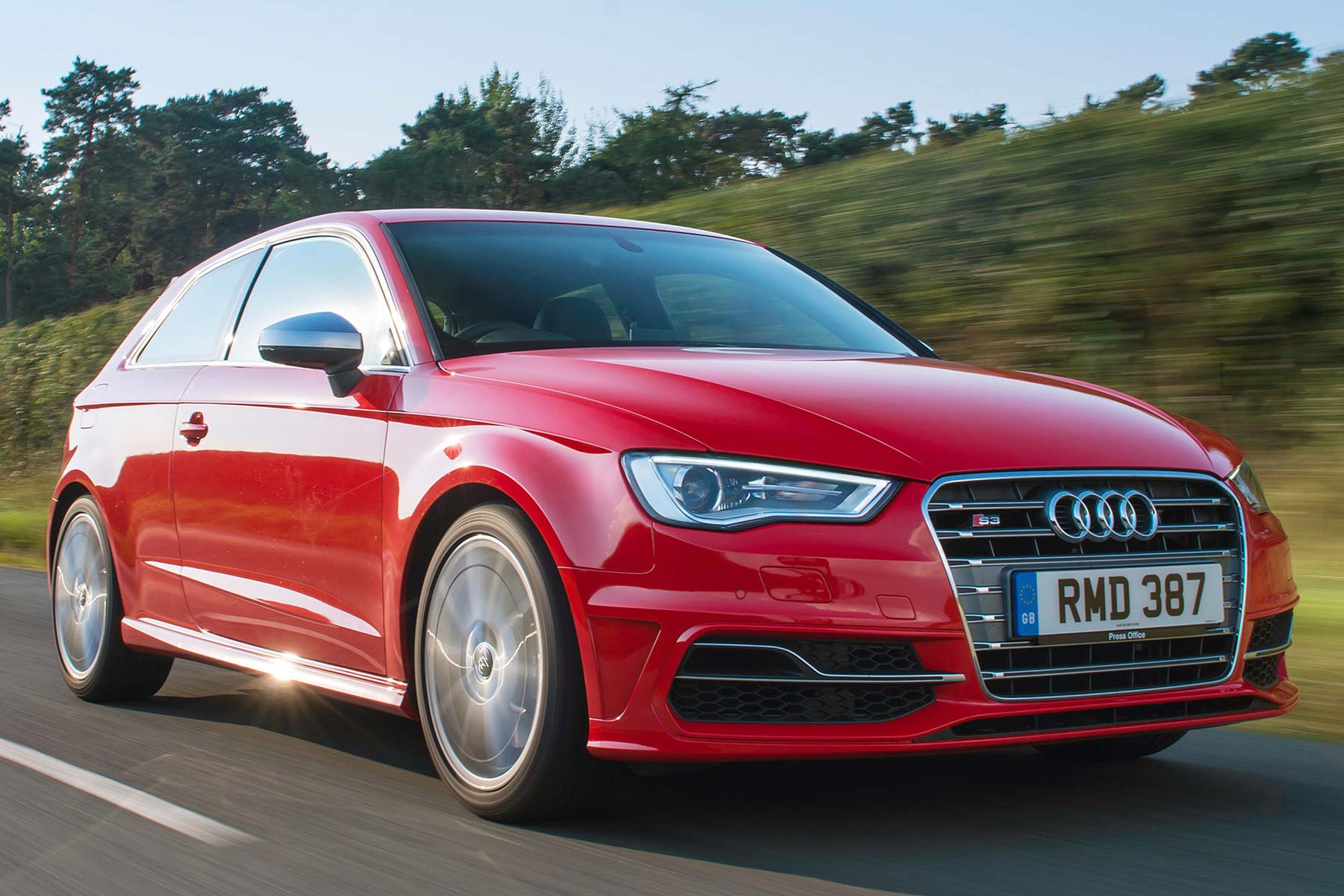 The Audi S3 produces a delightful soundtrack and offers bags of grip. Sure, it’s not the most involving of hot hatches, but it has a rock-solid image and 300hp from its 2.0-litre turbocharged engine. And don’t forget there’s a new and even more potent RS3 Sportback to consider, too. 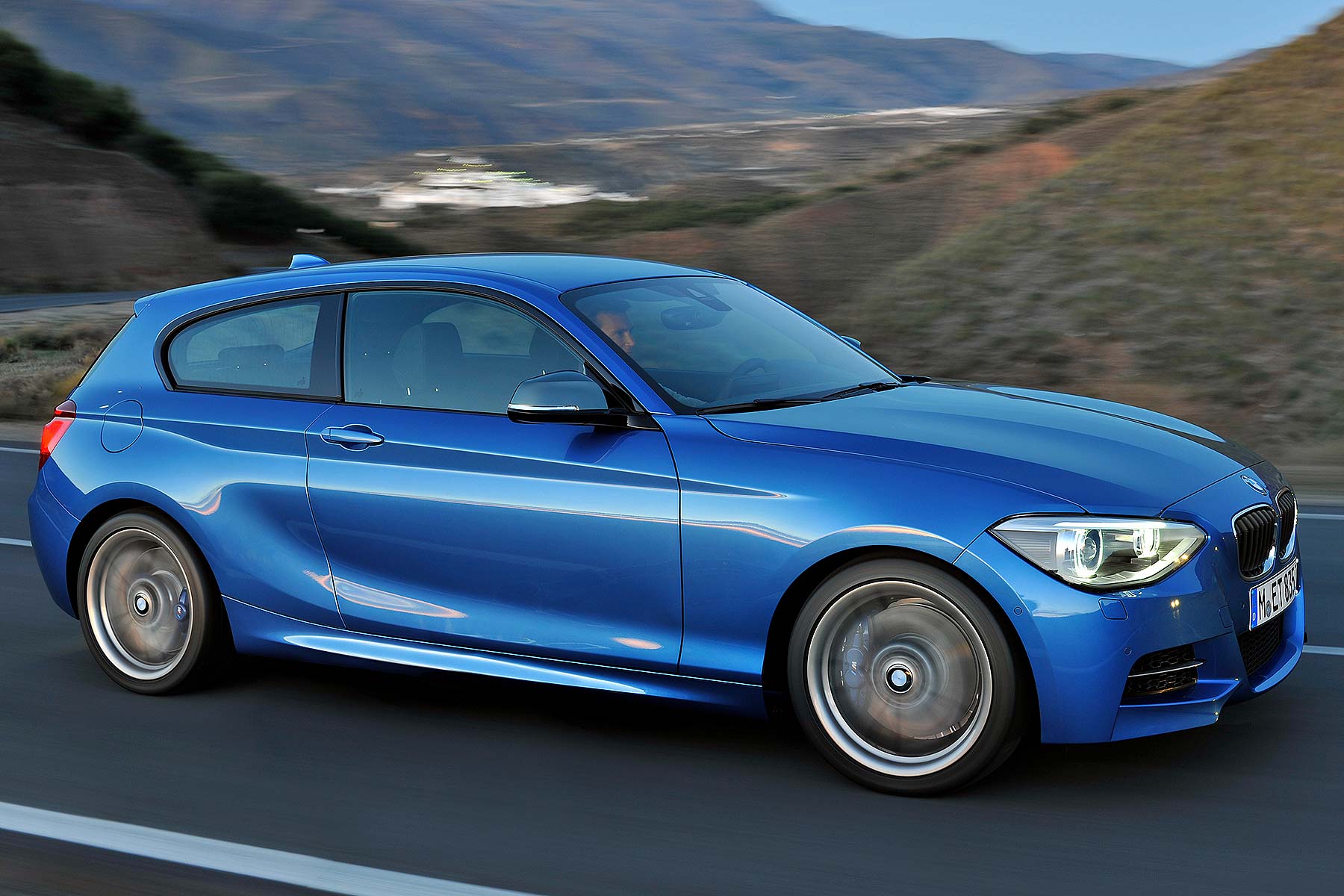 The BMW M135i offers something different to the other cars on the list – rear-wheel drive. Power is sourced from a silky smooth 3.0-litre 6-cylinder engine and it’ll rocket to 62mph in just 5.1 seconds. The chassis is so well balanced and the car is guaranteed to put a smile on your face. 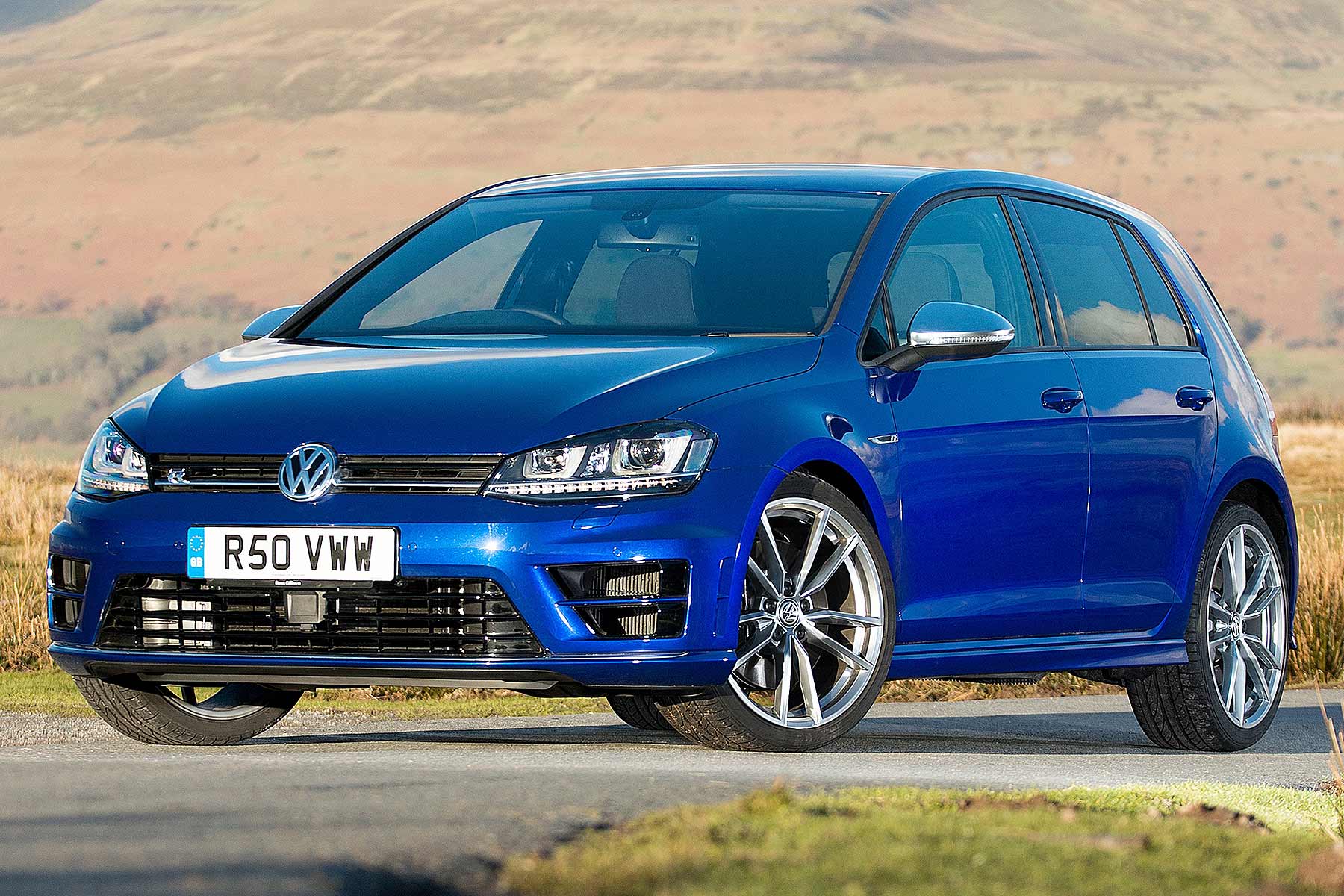 A 300hp Volkswagen Golf, whatever next? Fortunately it makes use of the 4Motion all-wheel drive system, so you have every chance of keeping this thing on the straight and narrow. Available in three or five-door form, the Golf R isn’t exactly cheap. But it’s very, very good and can be ordered in super-practical wagon form, too. All the car you’ll ever need? 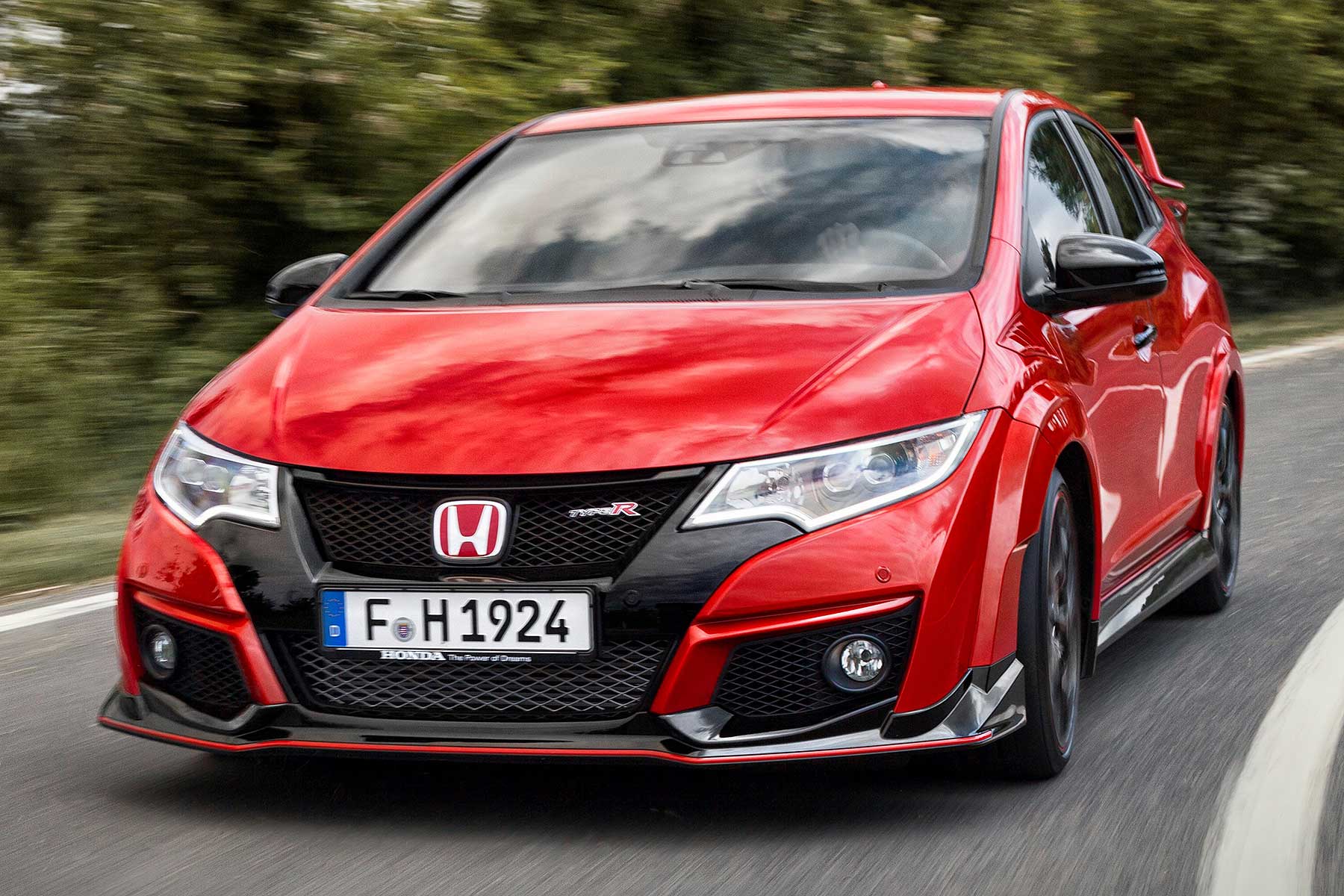 And finally, the newest kid on the block – the all-new Honda Civic Type-R. We absolutely adore the latest incarnation, awarding it a maximum five-star review. The engine produces a massive 310hp and yet it remains 100% useable. Drive one – you will want one.