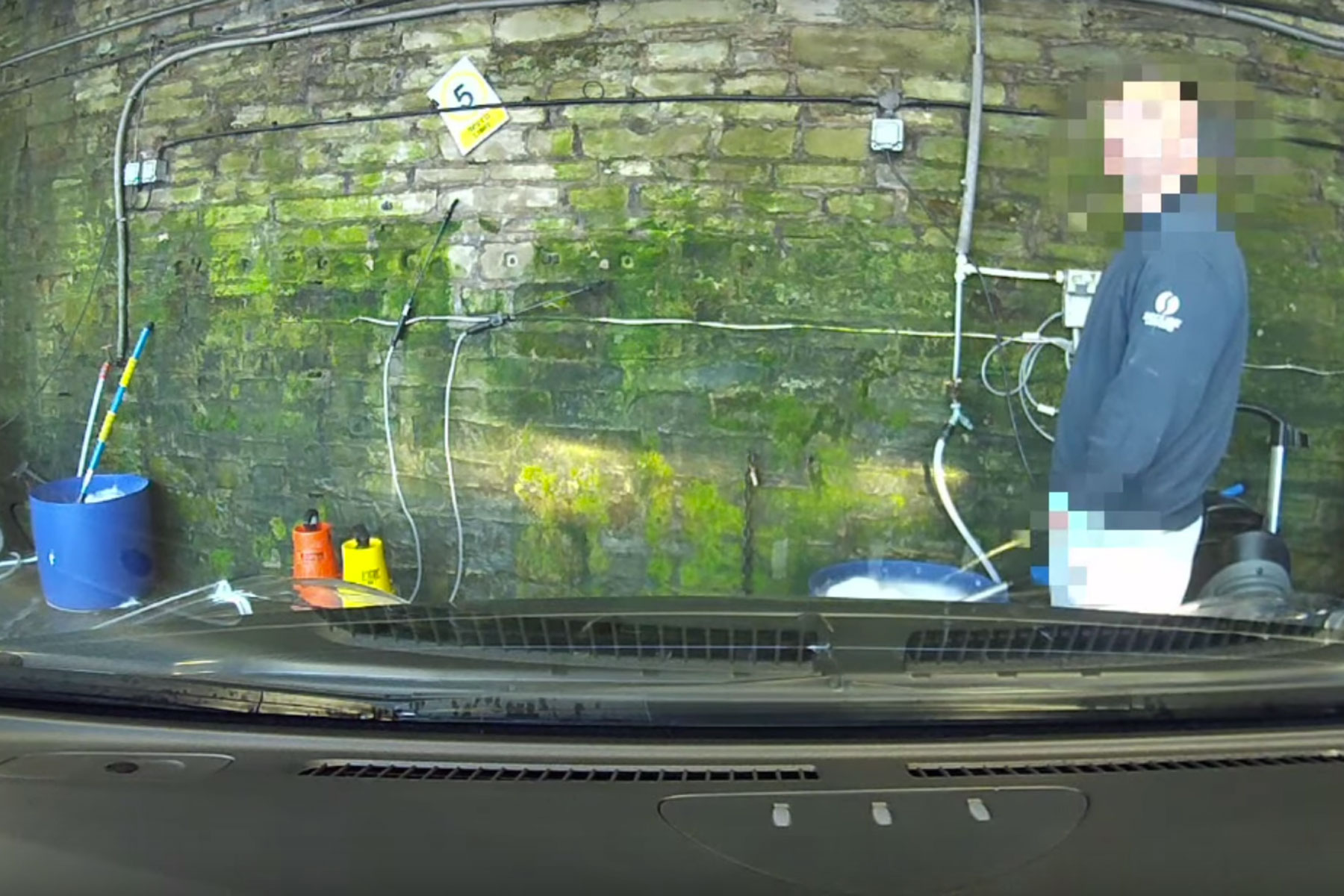 The owner of an electric Nissan Leaf got a surprise extra with his recent service – when a technician appeared to urinate in a bucket of soapy water, and clean his car with it.

The man, whose identity isn’t known but posts videos on Youtube of life with an electric car under the name of ‘Electric Leaf Man’, described the incident as a ‘p**s take’.

He discovered the disgusting act when watching back dashcam footage recorded while his Leaf was at his Nissan dealer having a service.

He said: “I thought I’d have a look at the dashcam to see what happens when you take the car in for a service and what they actually do for the near £100 cost on a car with almost no serviceable parts.

“Although the service the car got was fine, I did see something which I didn’t expect and has caused me to wipe the entire interior down again.”

The video showed a member of staff at the dealership giving the car a complimentary clean using a bucket of soapy water – but only after he is clearly seen urinating in the bucket in front of the car.

The same member of staff then gave the inside of the car a wipe down.

Electric Leaf Man added that he’d yet to show the footage to the dealer – but decided he’d ‘take the p**s’ himself first.