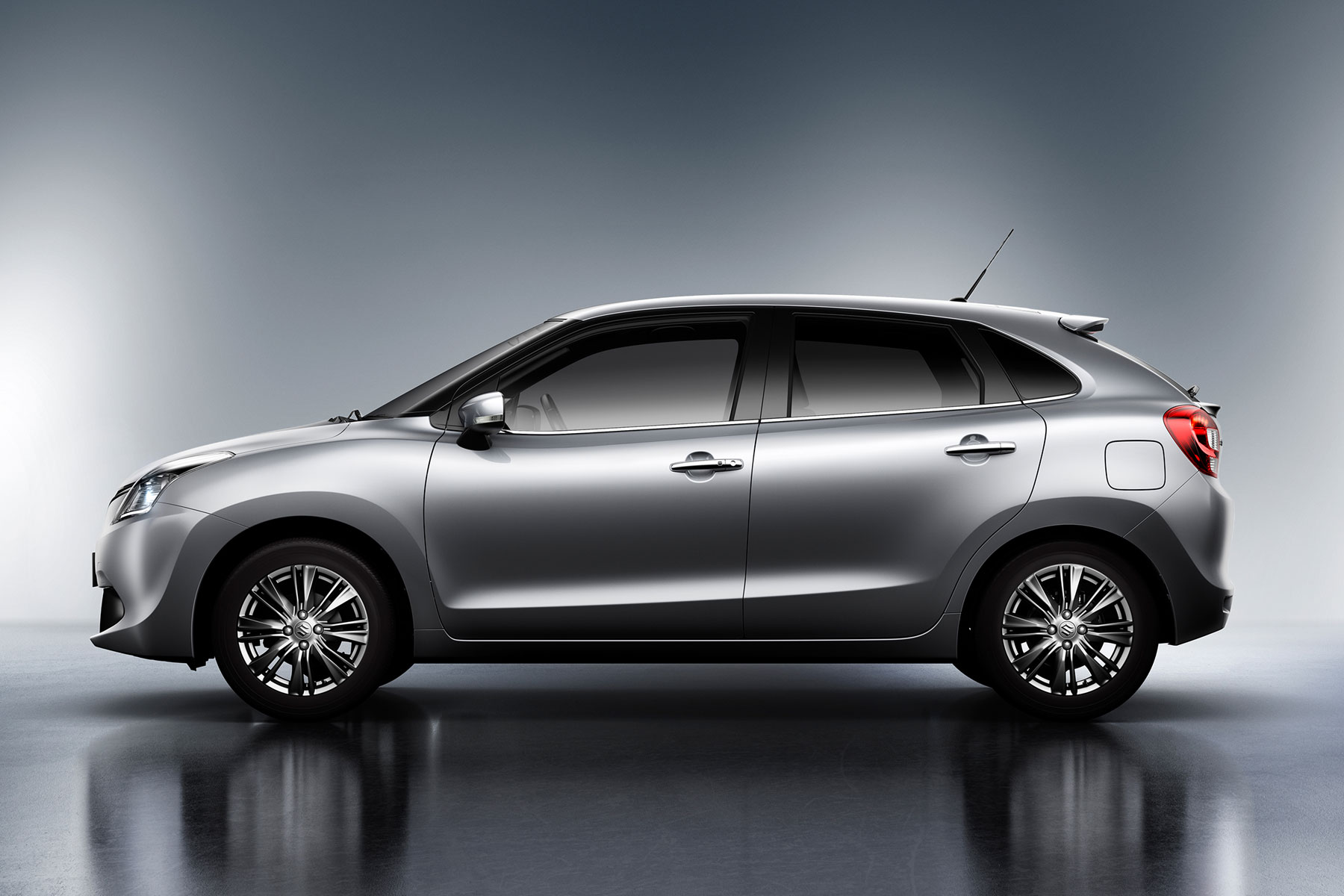 Suzuki has revealed a teaser image of its new Baleno hatchback ahead of the 2015 Frankfurt Motor Show.

Based on the iK-2 concept, revealed at Geneva earlier this year, the Baleno will be powered by a 1.0-litre turbocharged petrol engine.

Suzuki says the Baleno’s weight has been reduced using a variety of technology.

It will be Suzuki’s second B-segment car, sitting alongside the Swift in its model range.

Early indications suggest it will be slightly larger than the Swift – perhaps meaning it’ll compete with the likes of the Honda Jazz and Nissan Note.

The Baleno will be on sale in the UK early in summer 2016.