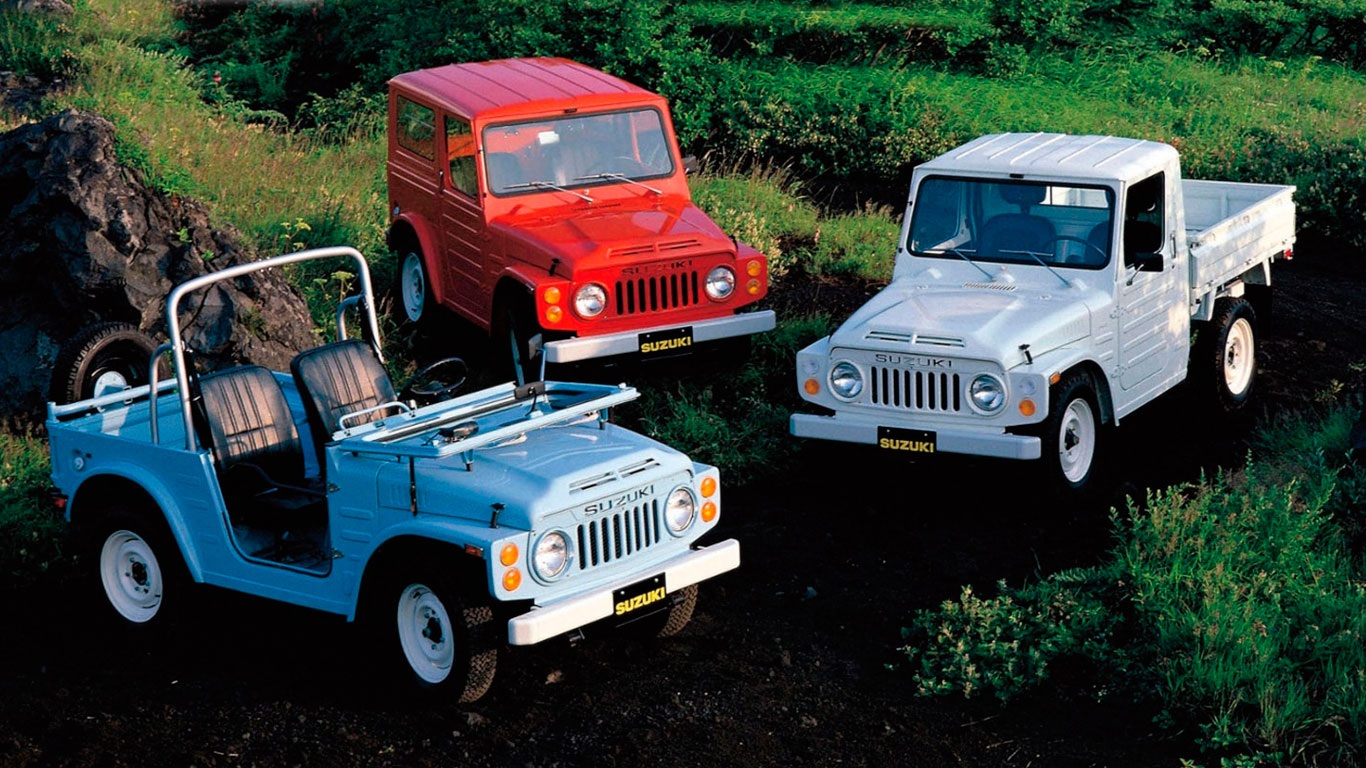 It’s all too easy to use the words ‘legendary’ or ‘iconic’ when describing much-loved cars, so let’s just call the Suzuki Jimny a miniature hero. Not everybody likes it – What Car? awarded the current car a miserable one-star rating – but fans are fiercely loyal to the fun-size off-roader. As Suzuki releases photos of the next-generation Jimny, we take a look at its family tree. 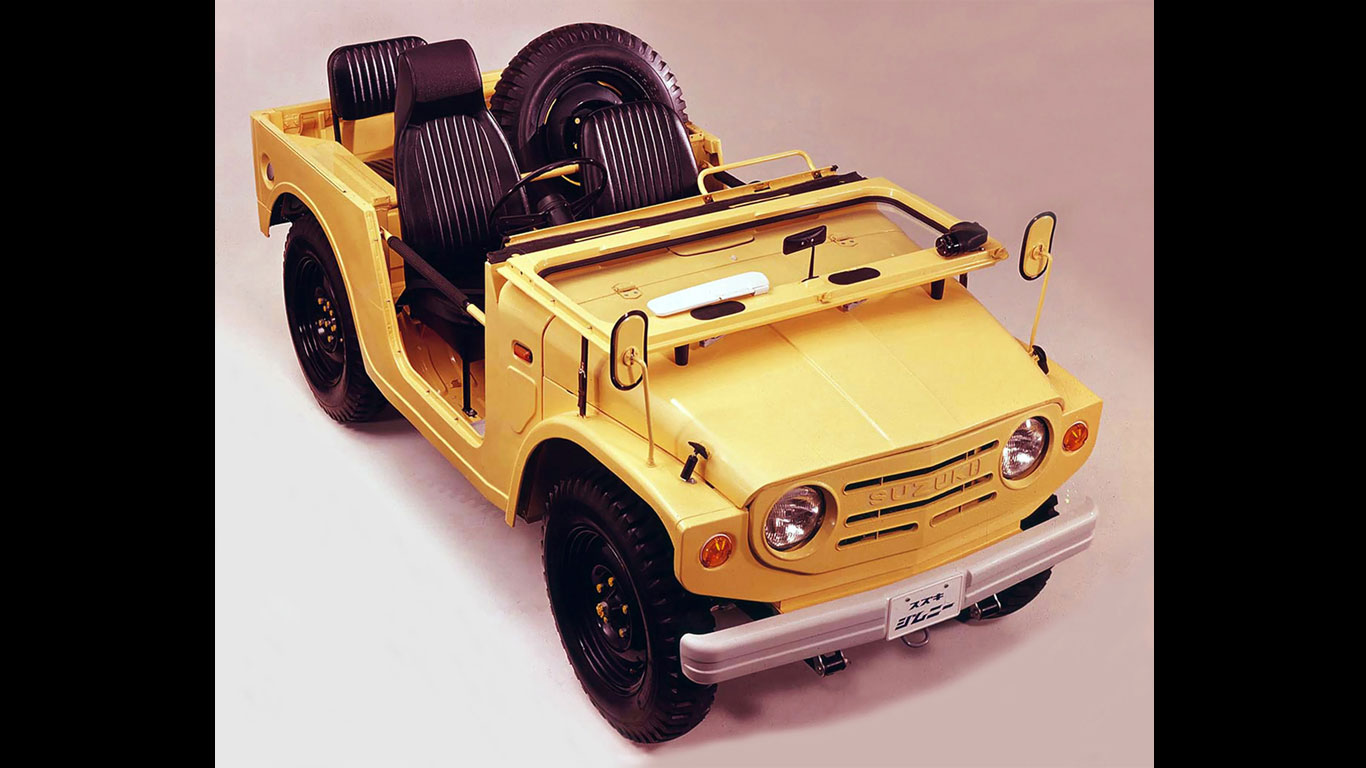 The story starts in 1970 with the Suzuki LJ10 – or Light Jeep 10. The brief was to create a vehicle that could access the tight spaces that were off limits to the larger 4x4s of the time. The two-stroke, air-cooled Mitsubishi-sourced 360cc engine powered all four wheels, with a high/low dual-range transfer case fitted for proper off-road adventures. It might not have been powerful, but the LJ10 weighed just 600kg, so it could scurry up hills like a mountain goat. Note the seating arrangement: the LJ10 was a strict three-seater, with the fourth seat area used to house the spare wheel. 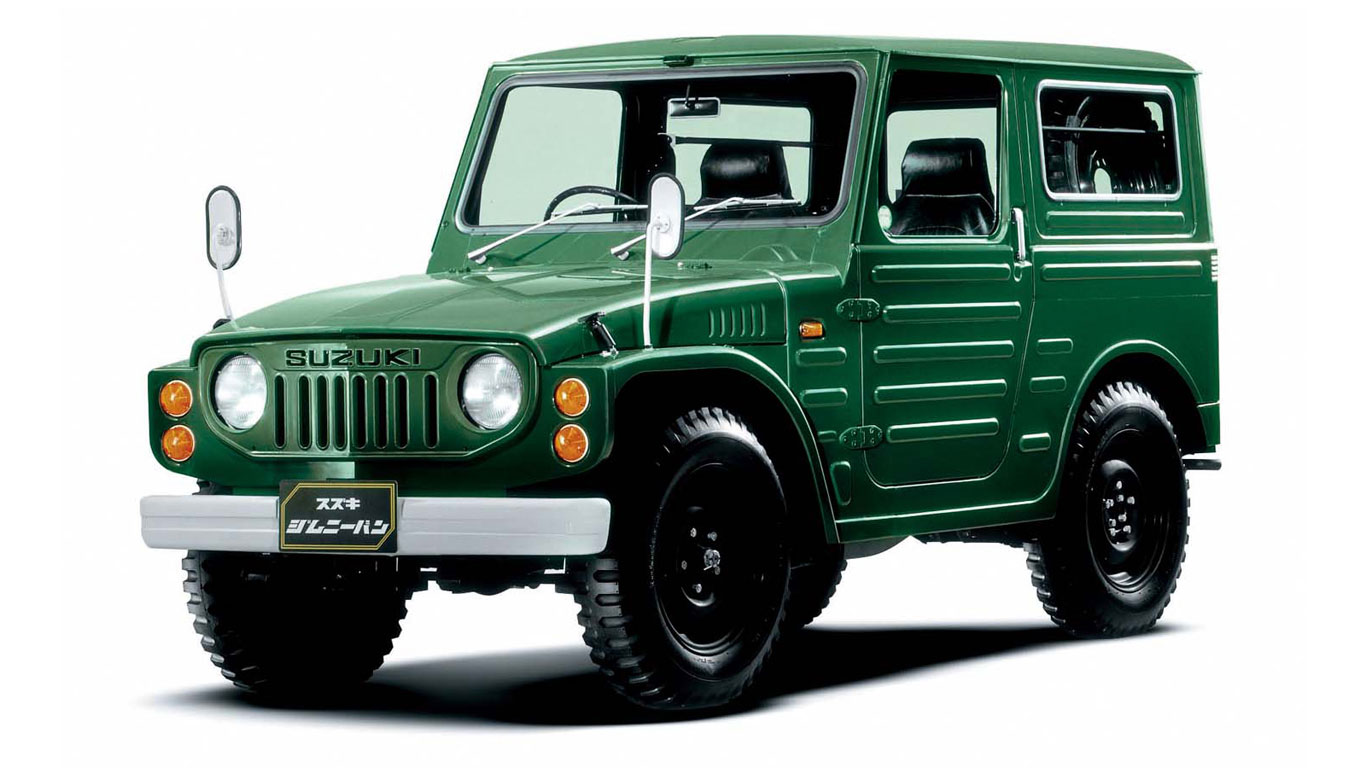 In 1972, Suzuki launched the LJ20, complete with a redesigned front grille boasting vertical rather than horizontal slats, along with a new, more powerful water-cooled engine. With an eye on export markets, Suzuki built left-hand-drive models, while just as significant was the launch of a new hard-top ‘van’ to join the soft-top versions. To highlight the Suzuki’s rugged dependability, an LJ20 finished the Mexican 1000 Rally intact after a 34-hour drive. 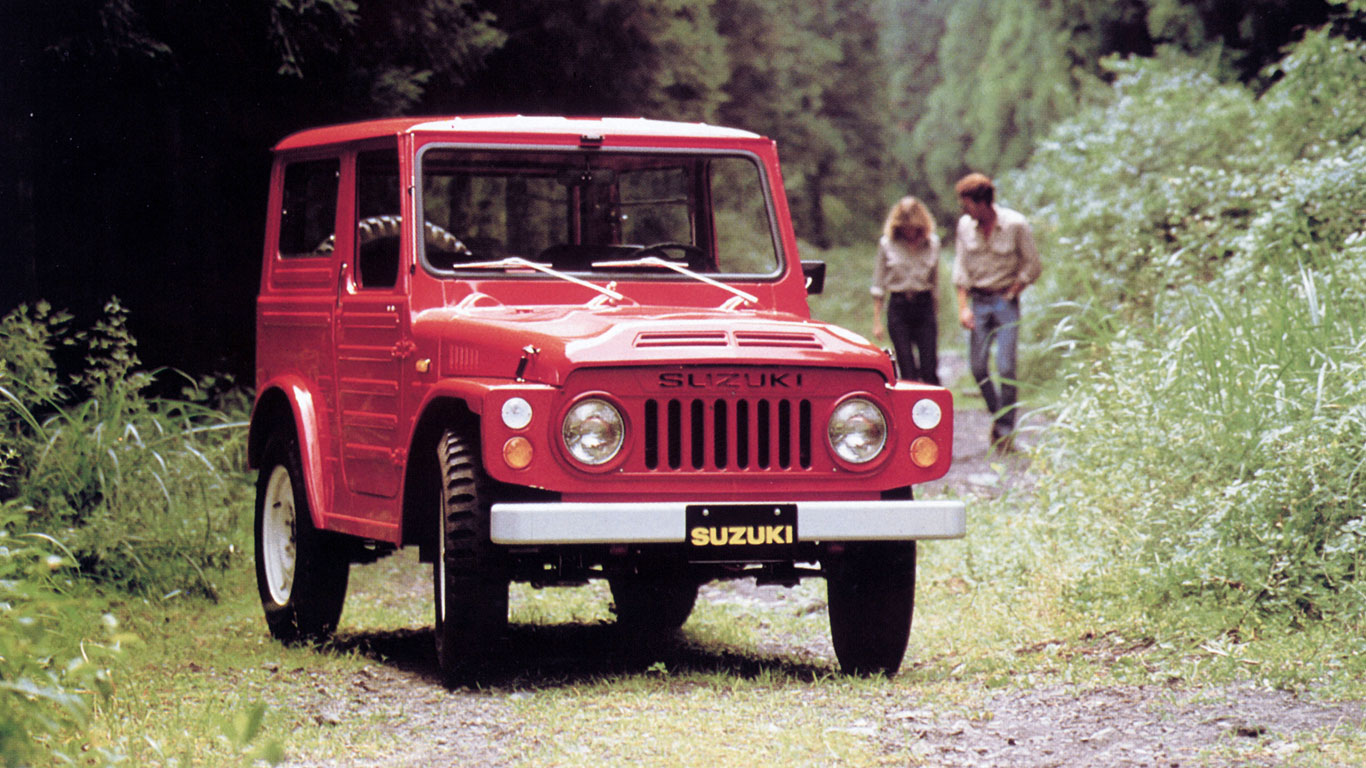 The LJ50 – or SJ10 – arrived in 1975 for the export market, before launching in Japan in 1976 as the Jimny 55. Power was up once again, this time courtesy of a 550cc engine, while passenger space was increased by moving the spare wheel to the rear door. The LJ50 will go down in history as Suzuki’s first overseas production vehicle, with the opening of a facility in Pakistan. 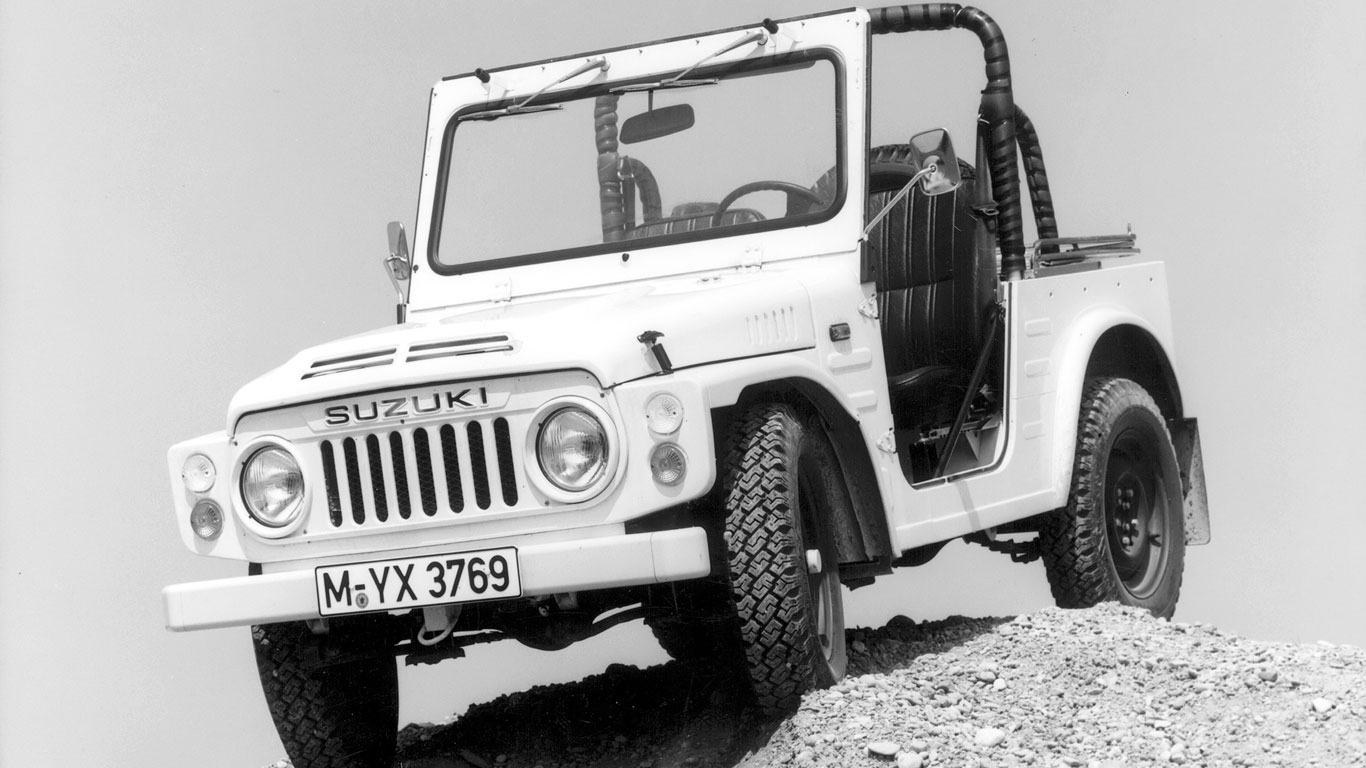 The final first-generation model arrived in 1977, with the launch of the LJ80 (SJ20). For the first time, the Suzuki was was available with a four-stroke engine, with power sourced from a 800cc unit, while a new pick-up variant was launched. 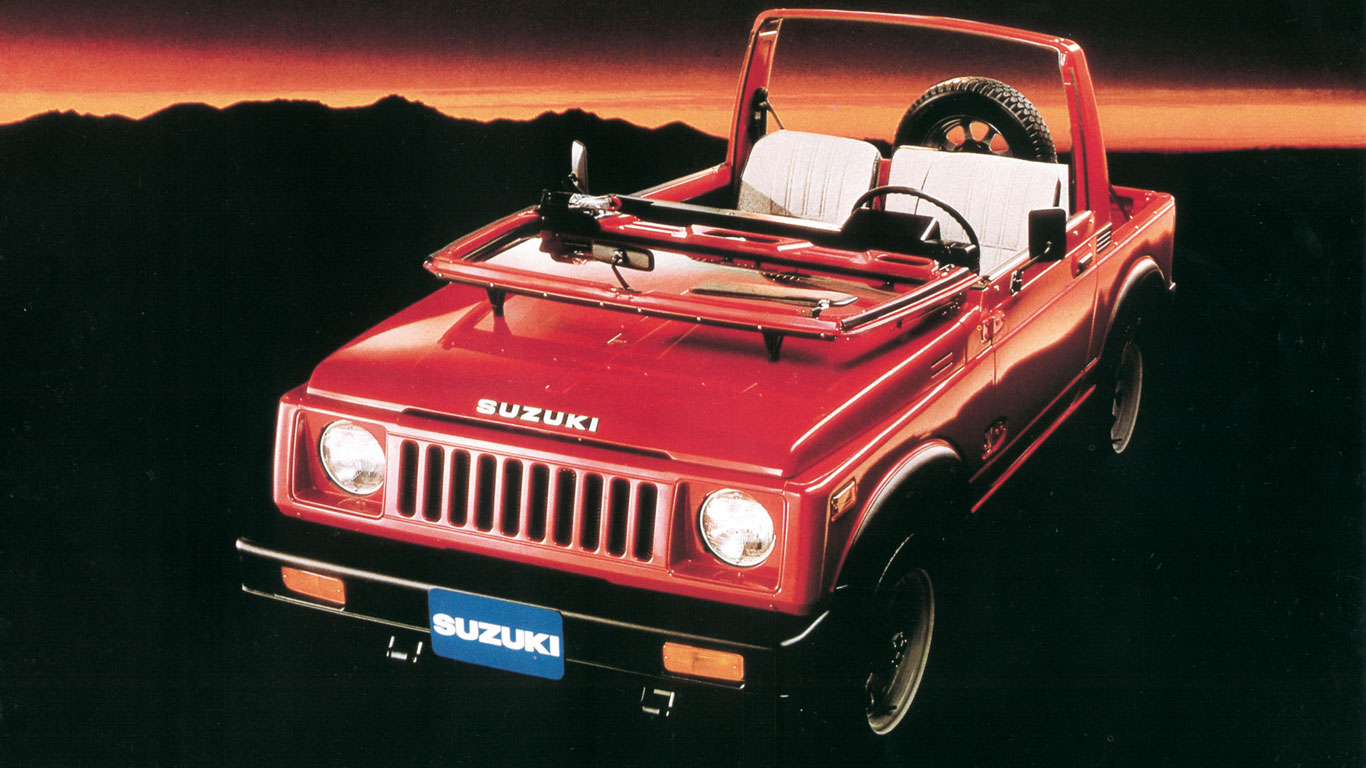 The launch of the second-generation Suzuki off-roader was more than just a model change. The 1,000cc SJ410 of 1981 represented a shift from basic practicality to a greater focus on leisure and lifestyle, with Suzuki giving it a more urban feel.Two years later, SJ production kicked off in Kenya. 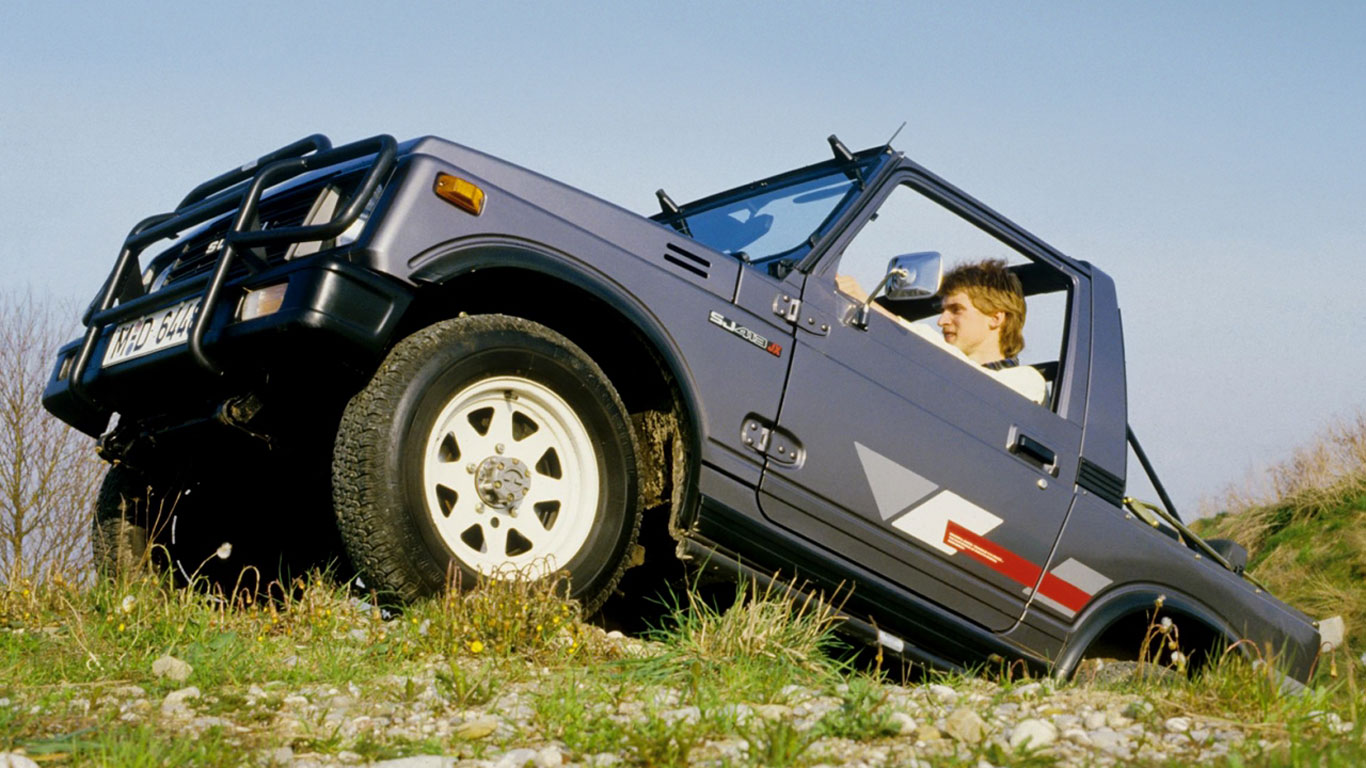 In 1984, the SJ was treated to a new 1,300cc engine – at the time Suzuki’s largest unit – to create the SJ413. Both the SJ410 and SJ413 received front disc brakes, a new dashboard, a new seat design and a revised front grille, while a five-speed gearbox was fitted for the first time. 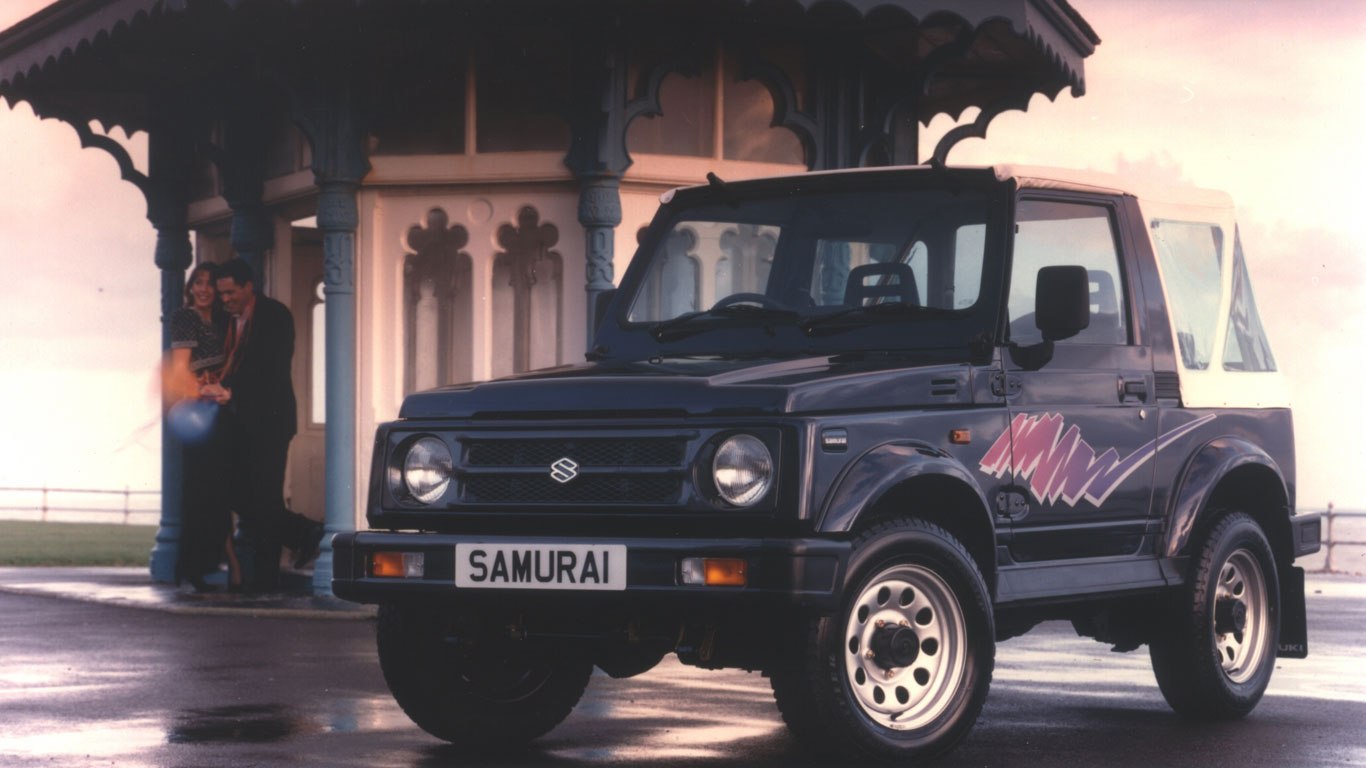 The SJ-Series arrived in North America in 1985 and soon found favour within the off-road community. Its lightness, simplicity and relative cheapness made it the ideal starter 4×4, although the SJ could certainly punch above its weight. Meanwhile, back in the UK, the SJ and the plush Samurai version were developing a cult following. 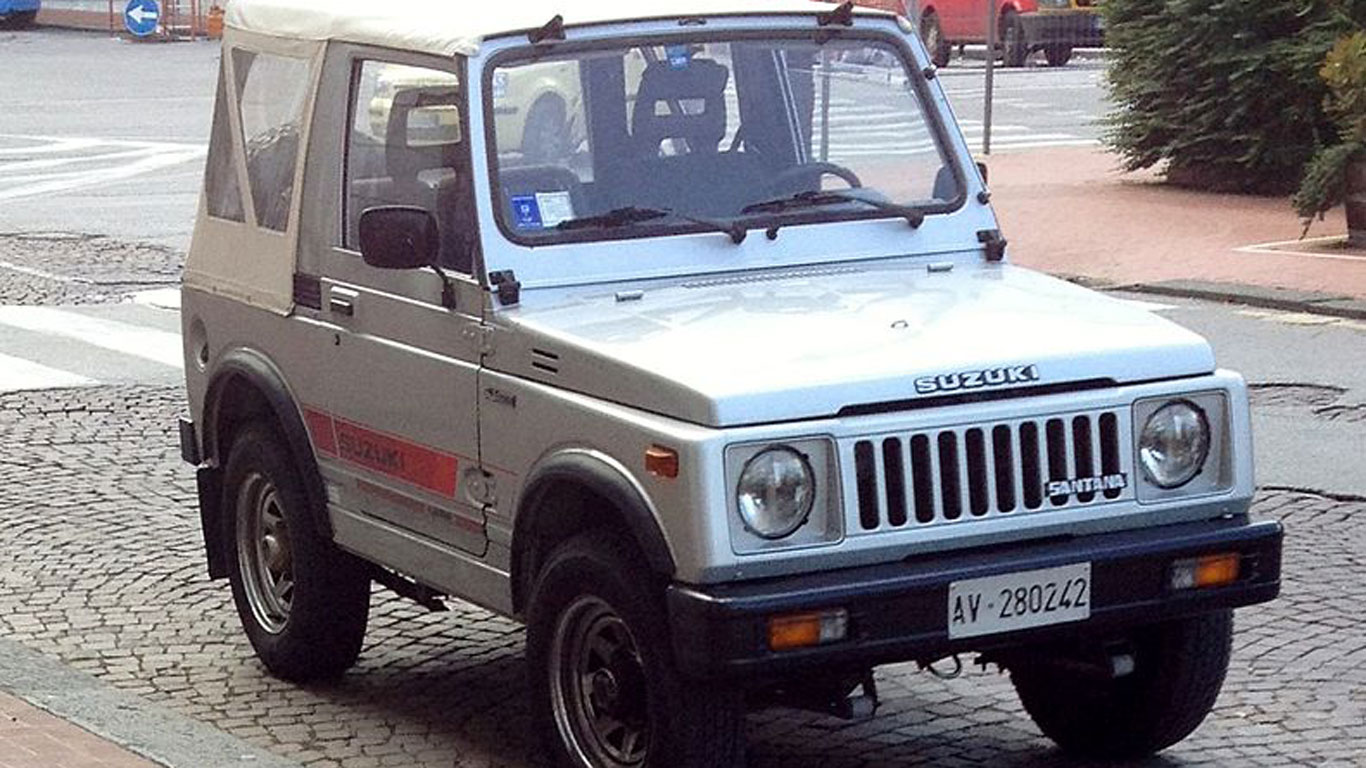 In 1985, production of the SJ410 commenced in Spain, with the Santana Motors version sold as a domestic vehicle. In the same year, production of the Maruti Gypsy began in India, making the Jimny a truly global off-roader. Total production hit one million units in 1987. 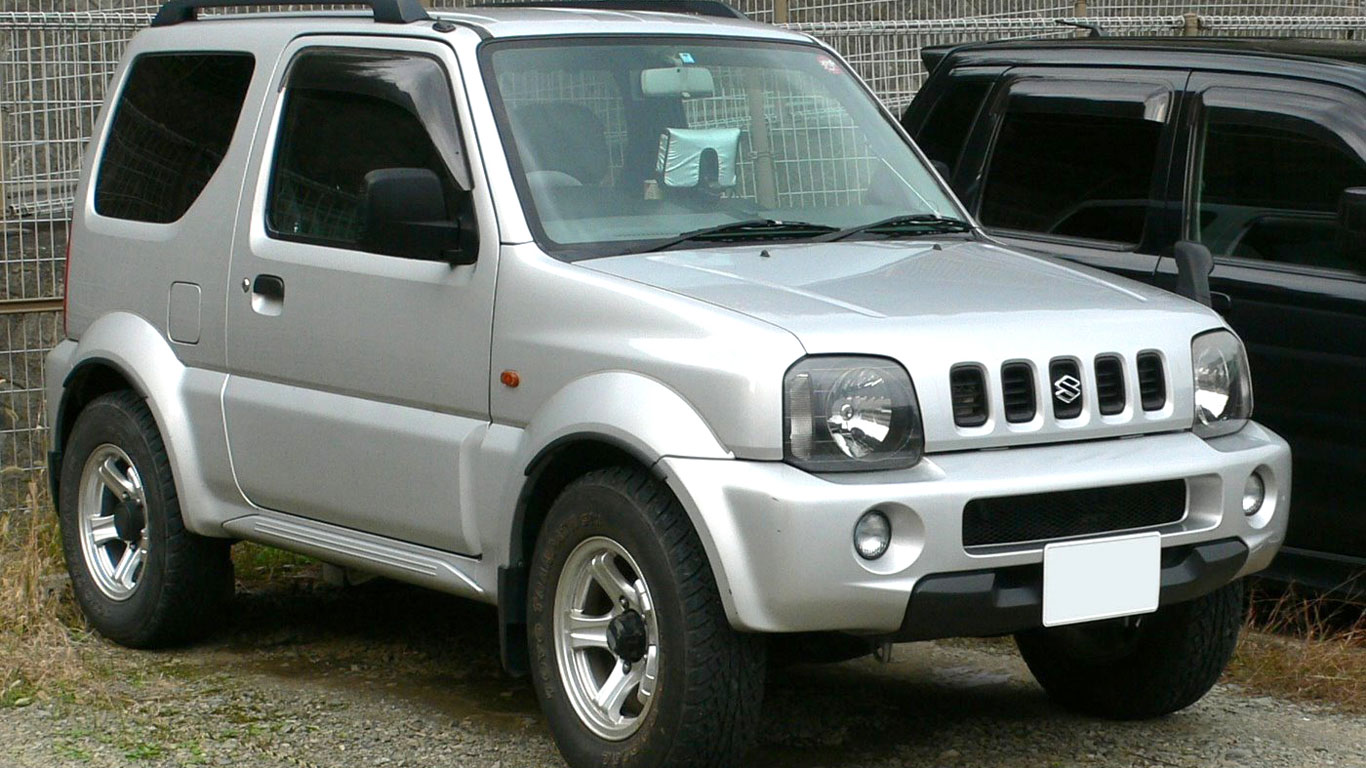 The all-new Suzuki Jimny arrived in 1998 under the banner of “smart in the city, tough in nature.” Suzuki bosses labelled it a “more urbane Jimny’, recognising its increasing tendency to be used on and off the road. At launch, the Jimny was powered by a 1.3-litre petrol engine and, for continental European markets, a 1.5-litre diesel. Crucially, the Drive Action 4×4 system meant that drivers could switch from two- to four-wheel-drive mode on the move. 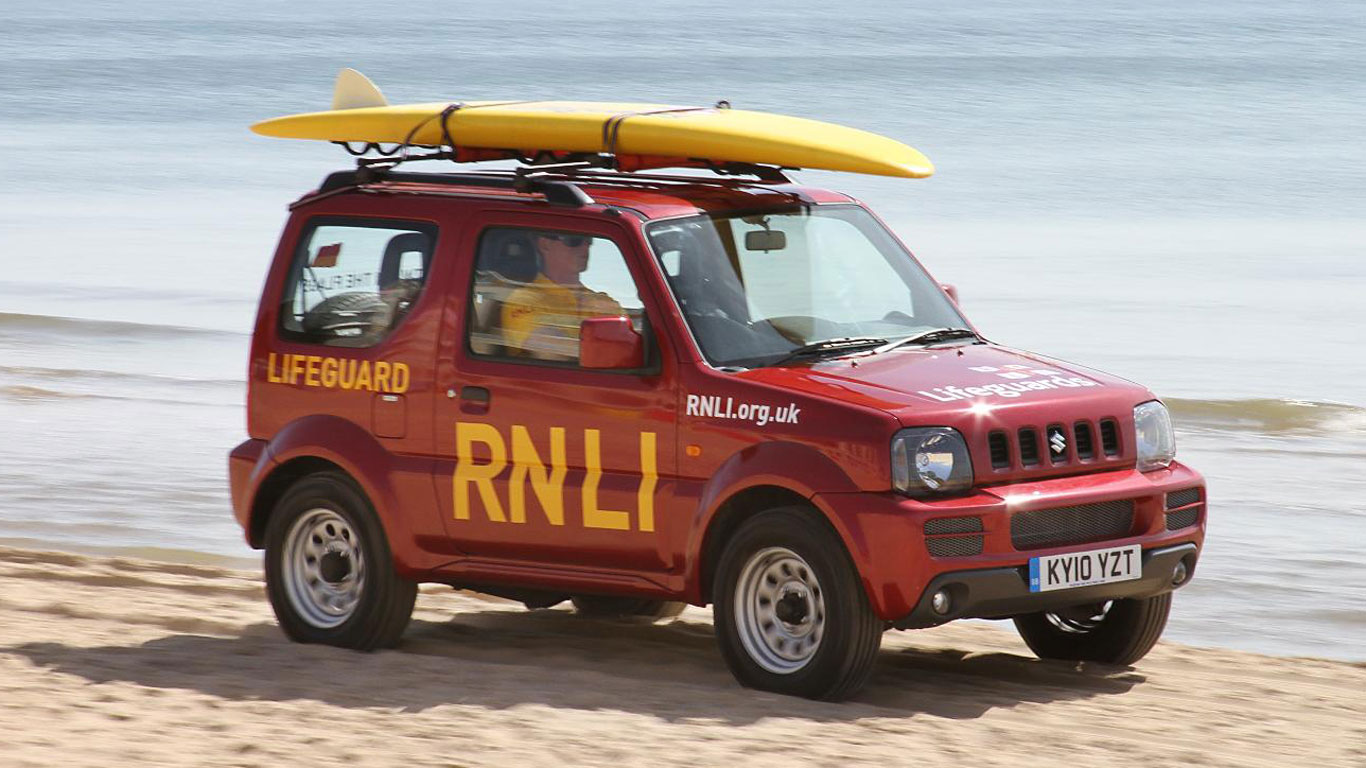 In 2010, Suzuki GB supplied nine Jimny 4x4s to the RNLI for beach patrol duties. The Jimny donned its swimsuit to do a passable impression of David Hasselhoff on beaches in the North West, Devon, Dorset and Cornwall. 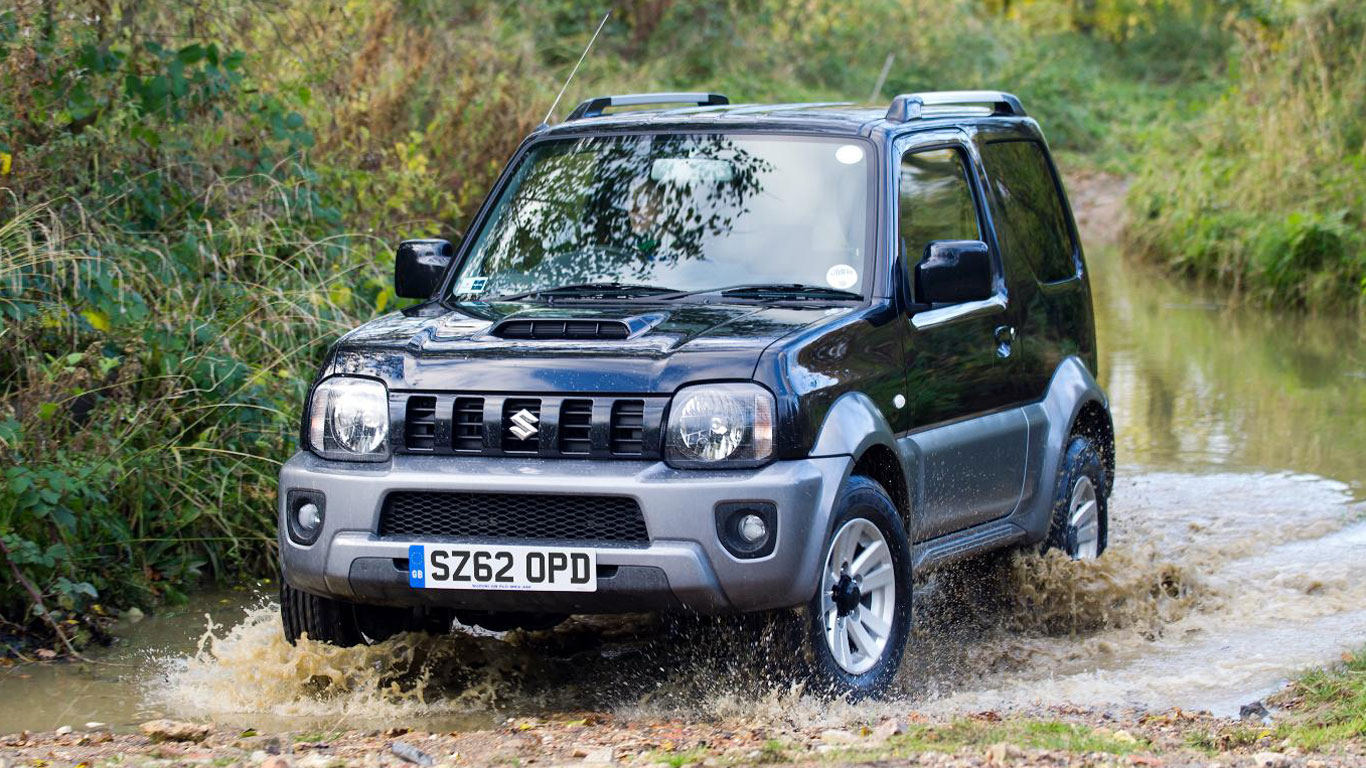 The Jimny on sale today is essentially an evolution of the 1998 car, but there have been a few subtle changes over the past two decades. The 2013 update saw the introduction of a new front bumper, grille and fog lights, along with a re-shaped bonnet with a central air intake. Meanwhile, the cabin gained new seat fabrics, Isofix mountings and new head restraints. 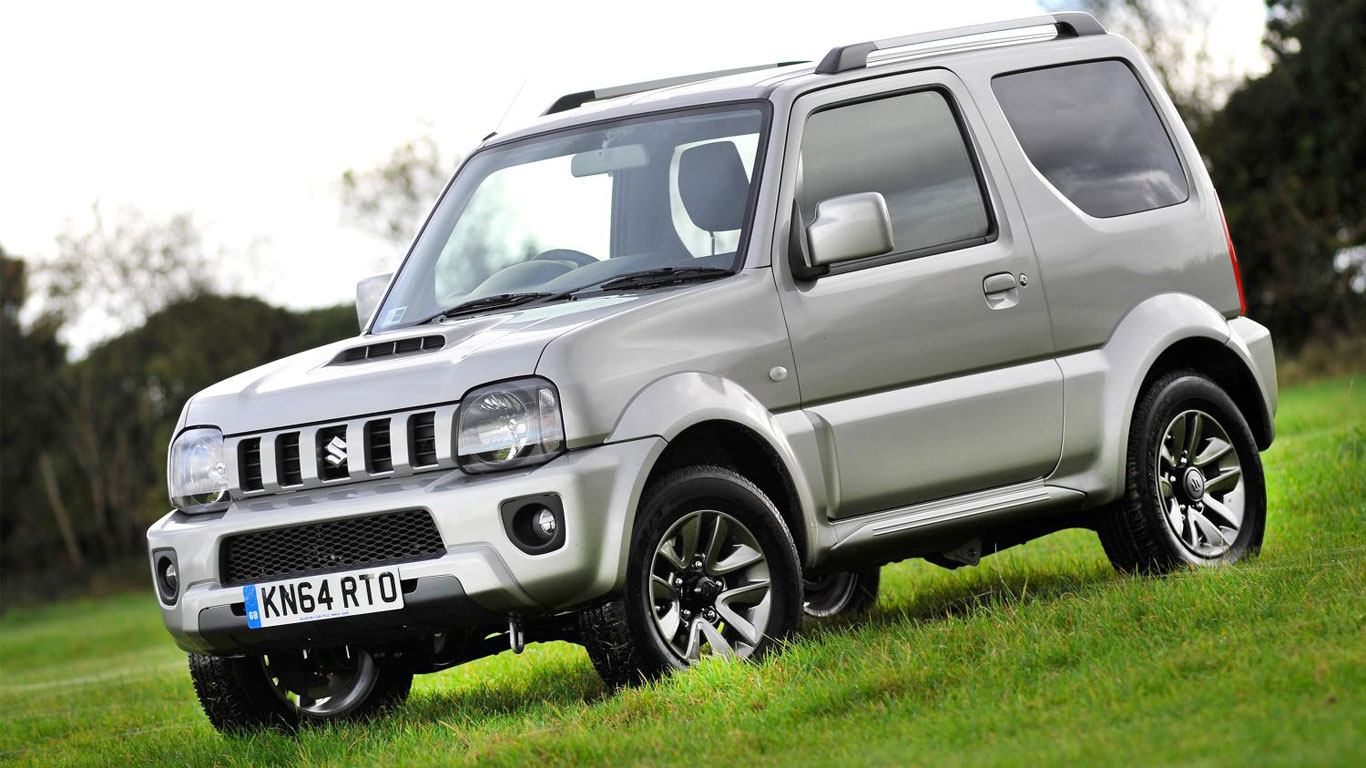 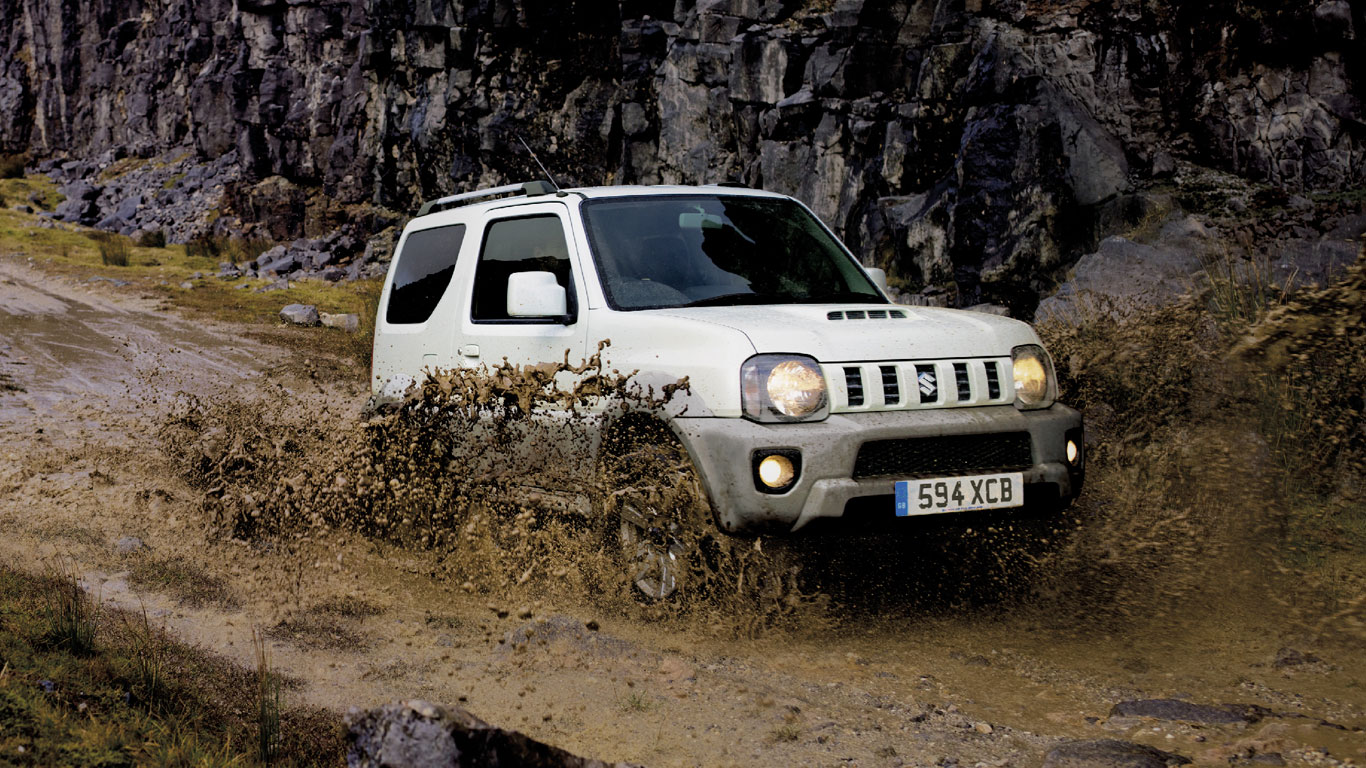 In what could be seen as a last hurrah for the Suzuki Jimny in its current guise, the Adventure Special Edition went on sale in 2016. With production limited to 200 units in the UK, the Adventure is based on the SZ4 model and adds satellite navigation, Bluetooth, a hard spare wheel cover and a two-tone paint finish. The final special edition? 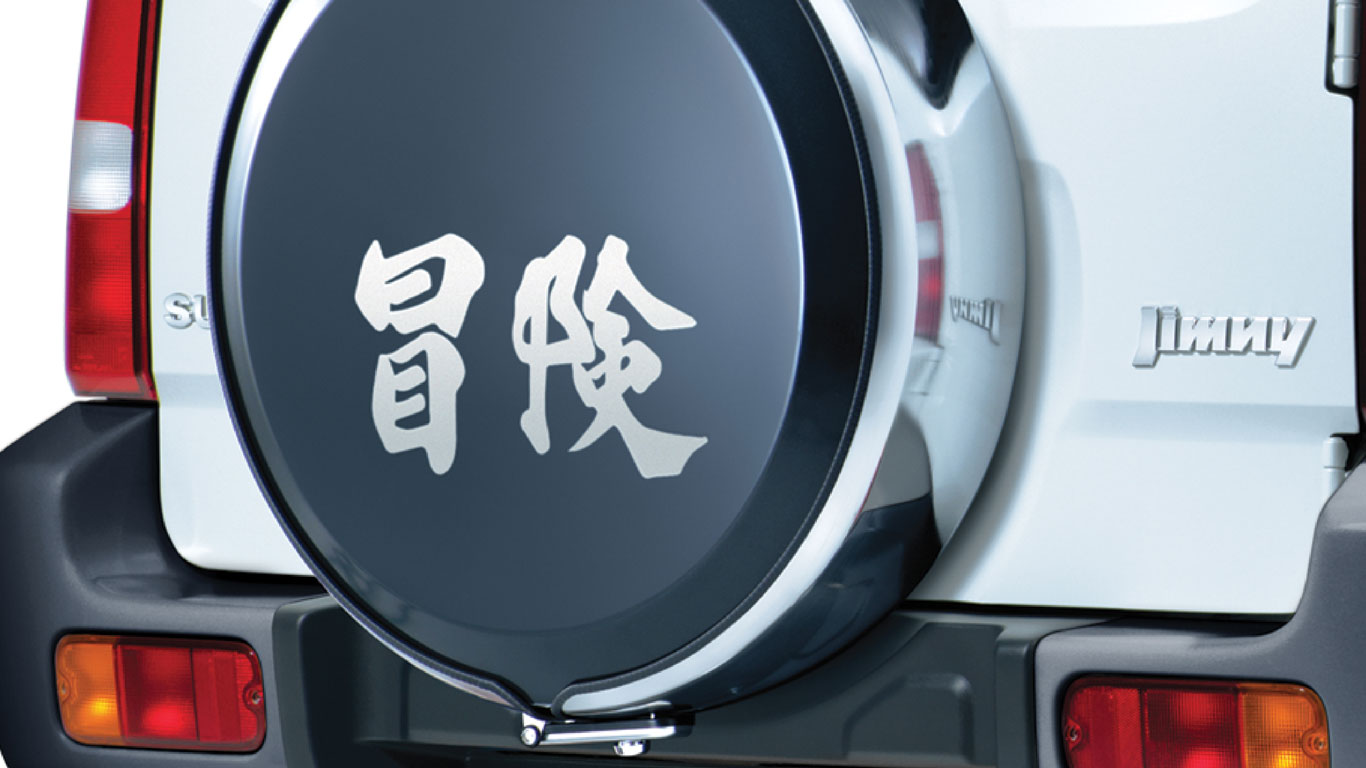 Should the current Suzuki Jimny be treated to a fitting send-off? The practical and fit-for-purpose 4×4 has a legion of loyal and devoted fans, so Suzuki would have little problem shifting a final special edition. Time will tell, but in the meantime, what of the future? 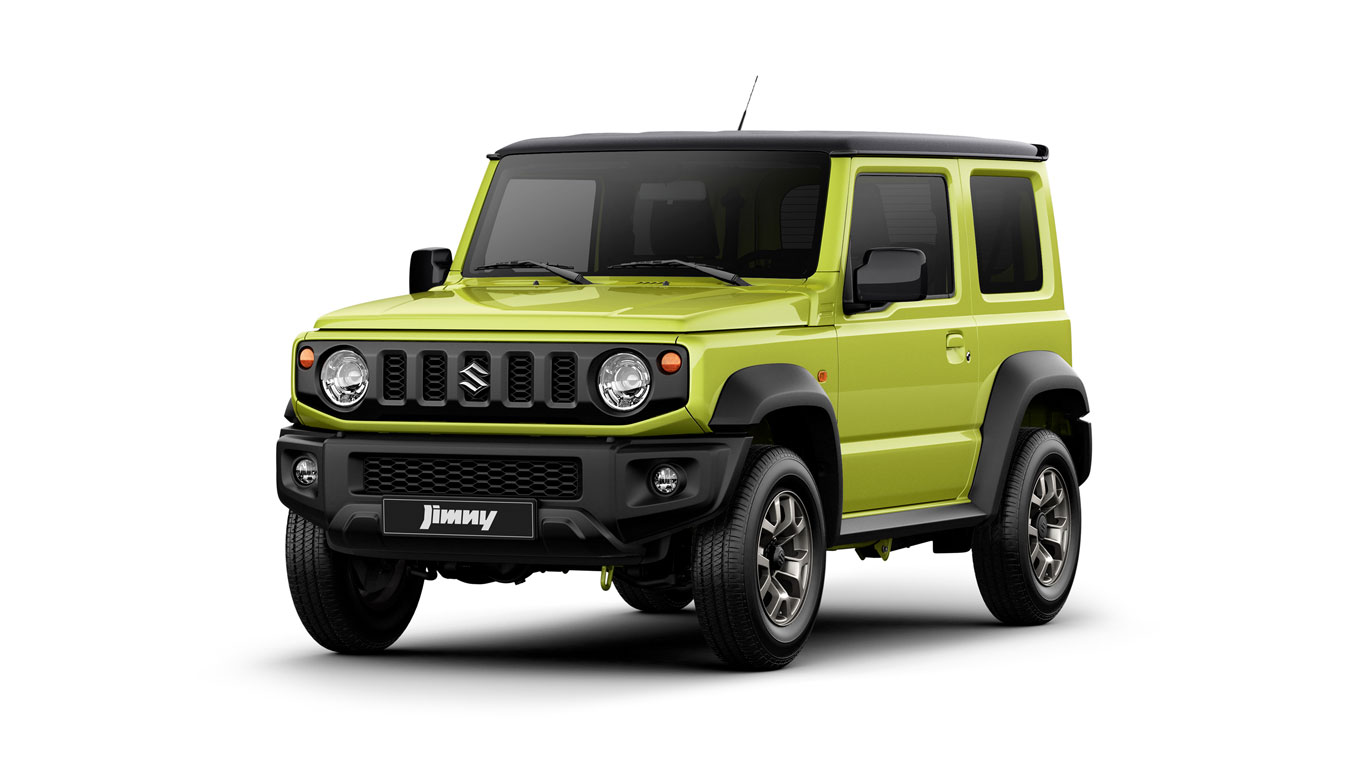 Following a series of leaked photos, Suzuki has released images of the all-new Suzuki Jimny, which have been well received on social media. The new Jimny will make its public debut at the 2018 Paris motor show in October, before going on sale in 2019. 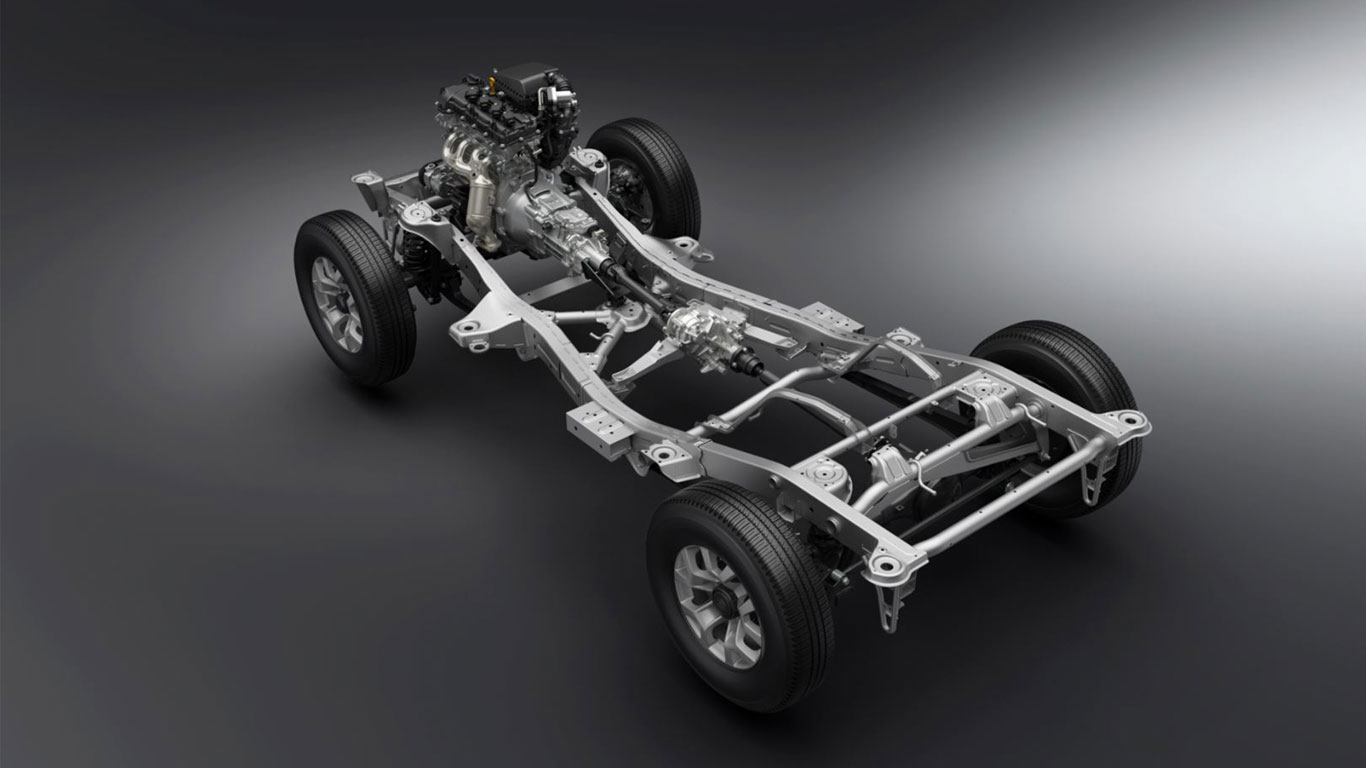 Not much is known about the new Jimny, but we do know that the 4×4 is based on a ladder frame chassis and has a low-range transfer box for serious off-roading. A case of meet the new boss, same as the old boss. 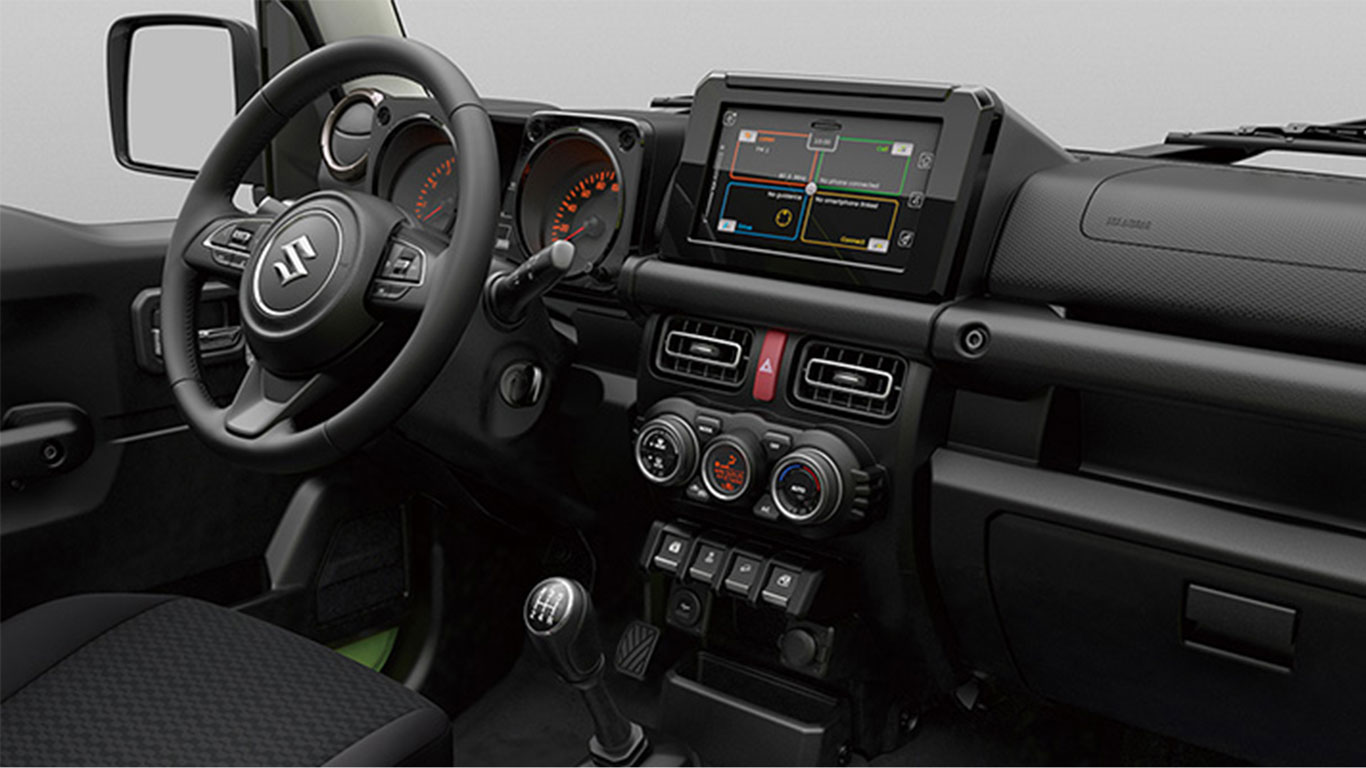 The interior photo reveals a typically Japanese interior, which borrows from the likes of the Ignis, while providing a subtle nod to the Jimny’s heritage. A range of two-tone and single-tone colours will be available, including Kinetic Yellow, Chiffon Ivory and Brisk Blue. It’s destined to be one of the star cars in Paris and a must-have vehicle of 2019.

King of the wild frontier 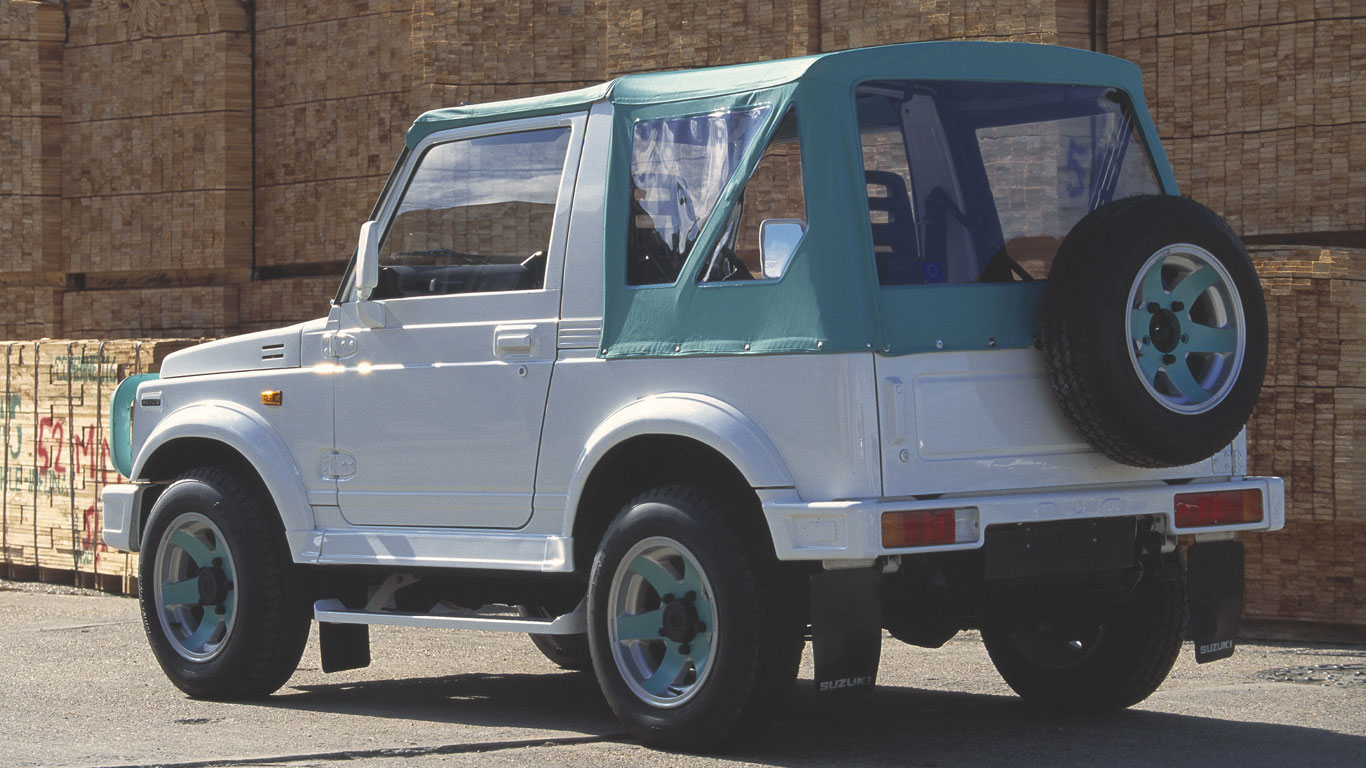 “There are places in the world only the Jimny can go. Overcome muddy pits, manoeuvre through dense woods, conquer massive rocks with this small off-roader that knows what true toughness is. Chosen time and time again by those who share its spirit. The Jimny – always shaping new frontiers.” A quote from Suzuki’s website. 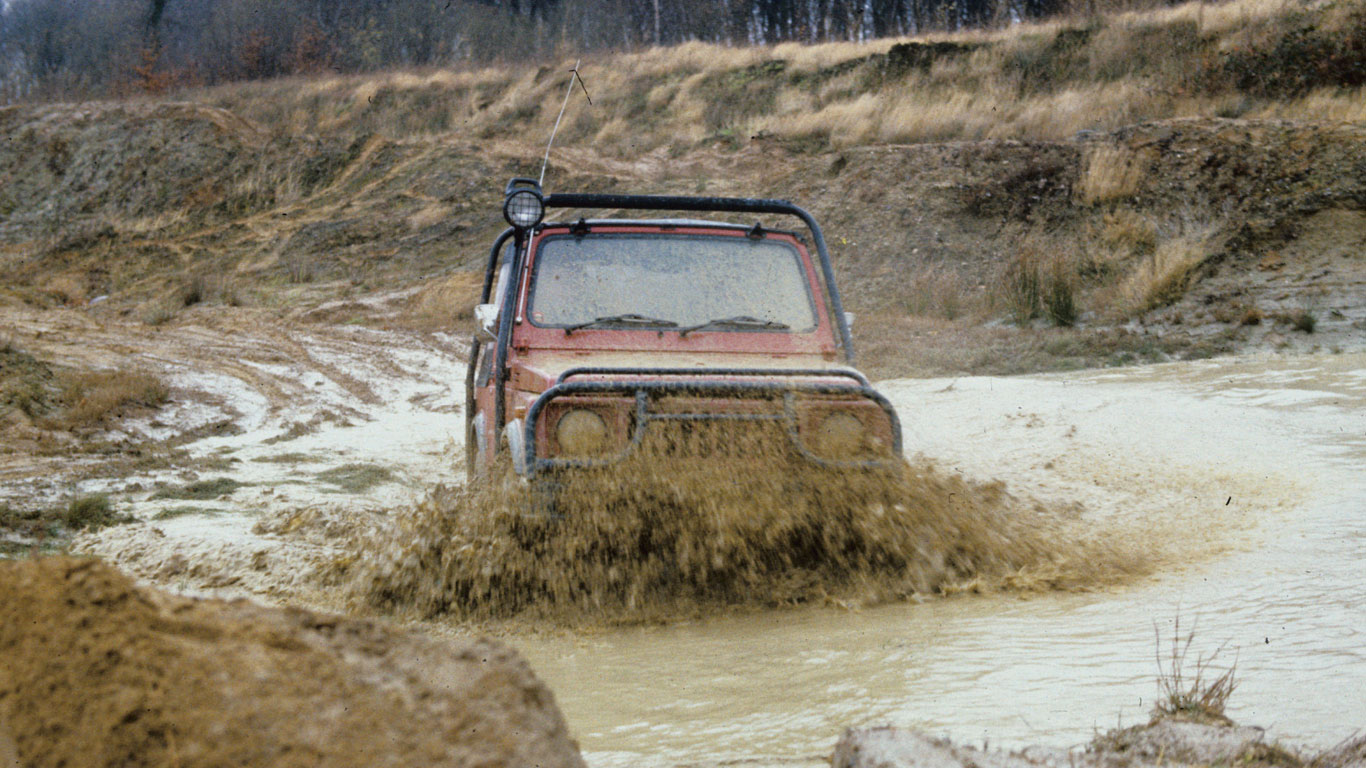 Today, the Suzuki Jimny is sold in 194 countries and has accumulated total sales of 2.85 million units. The new car, with its Tonka meets G-Wagen exterior, looks set to carry the Jimny towards the three million sales mark. Far from mourning death of one of the last proper off-roaders, we can’t wait to drive the fourth-generation model. Bring it on.