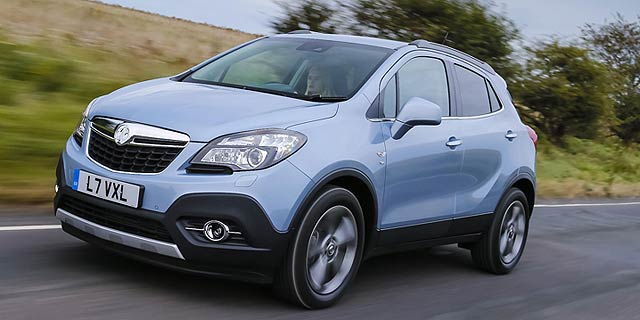 Brits are shunning MPVs for SUVs – and the accelerating trend is leading to a huge sales plunge in a once-thriving sector.

Vauxhall head of brand and product Stuart Harris told MR that crossover models such as the Mokka are proving as appealing to traditional MPV buyers as they are to regular hatchback buyers, which has helped the overall sector grow by more than half in a decade.

This is at the expense of the MPV sector, he added.

“The MPV sector has been declining since 2008, and SUVs sales have been going up – and the accelerated upward curve of SUV sales is down to smaller crossover-style models.”

SUV ‘B’ sales, he explained – that’s models such as the Nissan Juke – are up 69% year to date alone. “Even the more established SUV ‘C’ sector is up 28% so far this year.” Vauxhall is one brand that’s benefitted: the Mokka has been a huge hit for the brand, being supply constrained since its launch.

However, said Harris, this success has come at the expense of the Zafira and Zafira Tourer.

“We used to sell 55,000 Zafira in its heyday. This year, we reckon we’ll sell around 20,000.” Sales of Vauxhall’s groundbreaking seven-seat compact MPV are, in other words, little more than a third of what they once were.

The SUV trend is not going to slow down just yet either, added Harris. “We expect more growth over the next couple of years, as more new models enter the sector.