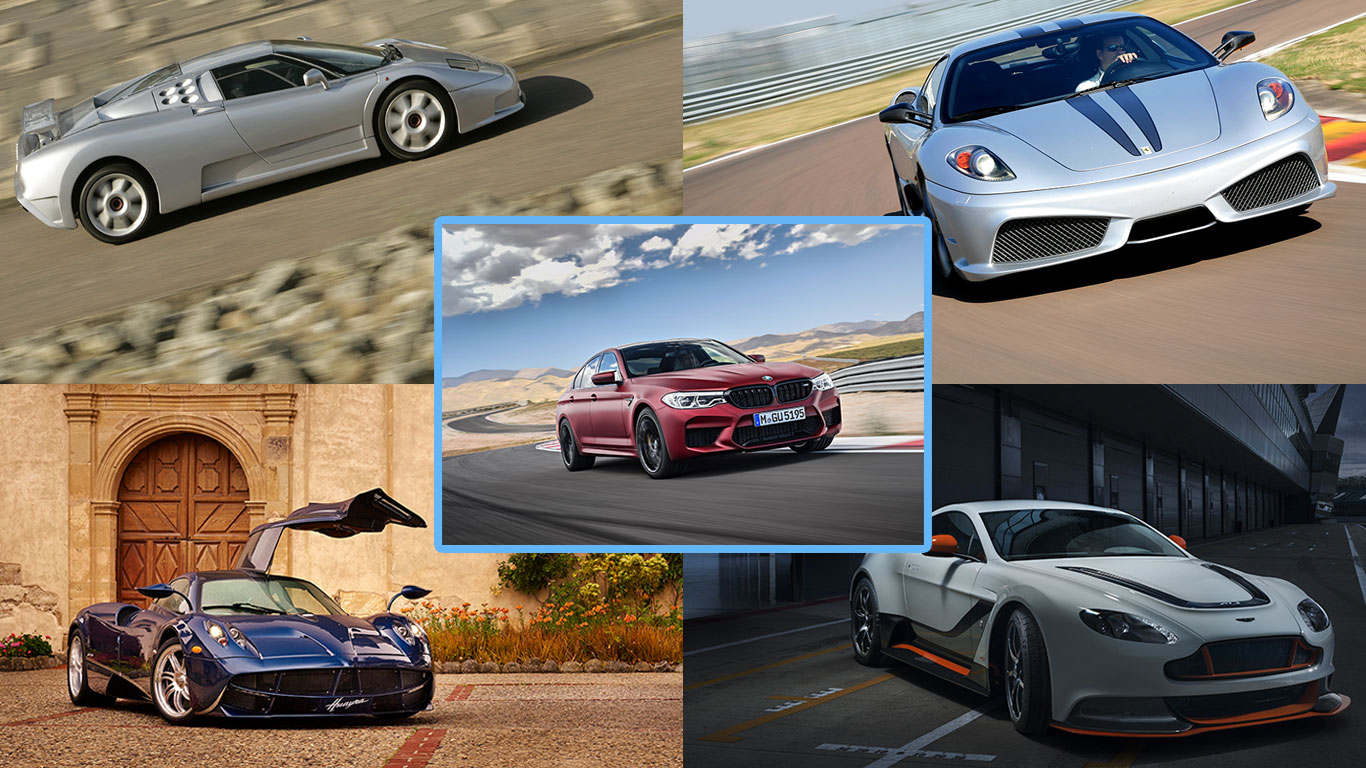 To put that into context, we’ve listed some supercars from over the years that are slower than the new M5. Read on…

Packing a 3.5-litre V12 with no fewer than four turbochargers producing 560hp, the Bugatti EB110 was ahead of its time in 1991. It became the supercar everyone aspired to – this was long before Volkswagen ownership and the groundbreaking Veyron that followed. Being more than 20 years ago, it’s difficult to find a precise 0-62mph time for the EB110, but most reports suggest it’ll hit 60mph in 3.4 seconds and 62mph in 3.5 seconds. The fact that that’s only marginally slower than the M5 is actually quite impressive for the ancient EB110.

The semi-affordable American sports car is quite a handful in ZR1 guise, but if you’re feeling brave you can apparently hit 62mph in just 3.5 seconds. That’s thanks to a hand-built supercharged 6.2-litre V8 producing more than 100hp per litre. As impressive as that this, it’s still slower than a certain family saloon from Germany… 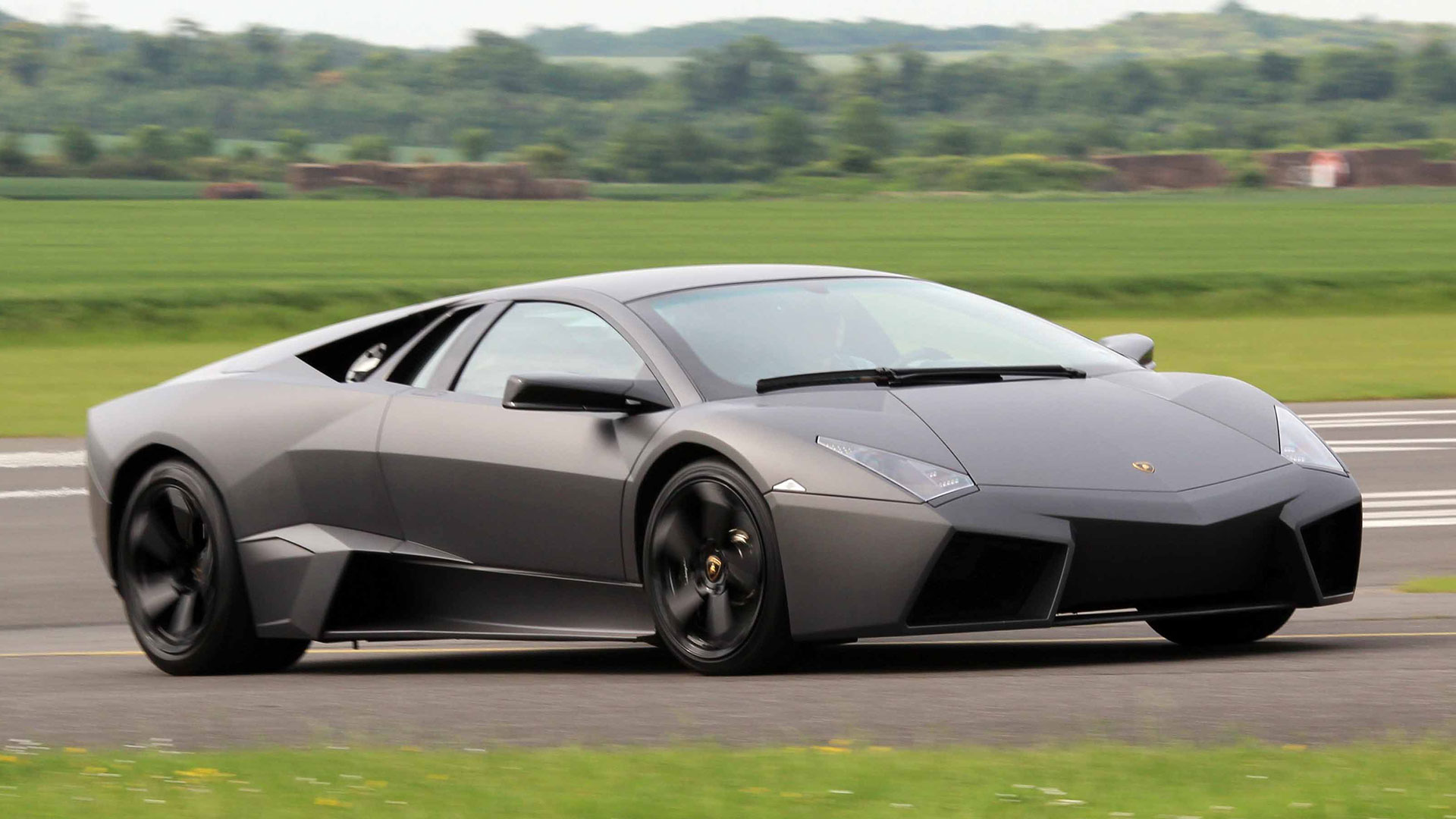 At the time of its reveal at the 2007 Frankfurt Motor Show, the Reventon was the most expensive Lamborghini ever – with a list price of two million dollars (around £1.5m at today’s rates). Only 21 were made, with just one believed to have been imported to the UK. With 650hp from its 6.5-litre V12 engine, the Reventon hits 62mph in 3.5 seconds and is good for a 211mph top speed.

A BMW M-car faster than a Ferrari? It’s mad, but it’s true. What’s more, that Ferrari is only 10-years-old and was the Italian firm’s flagship car at the time. The F12 predecessor was powered by a 6.0-litre V12 putting out 620hp. It could hit 62mph in 3.5 seconds. 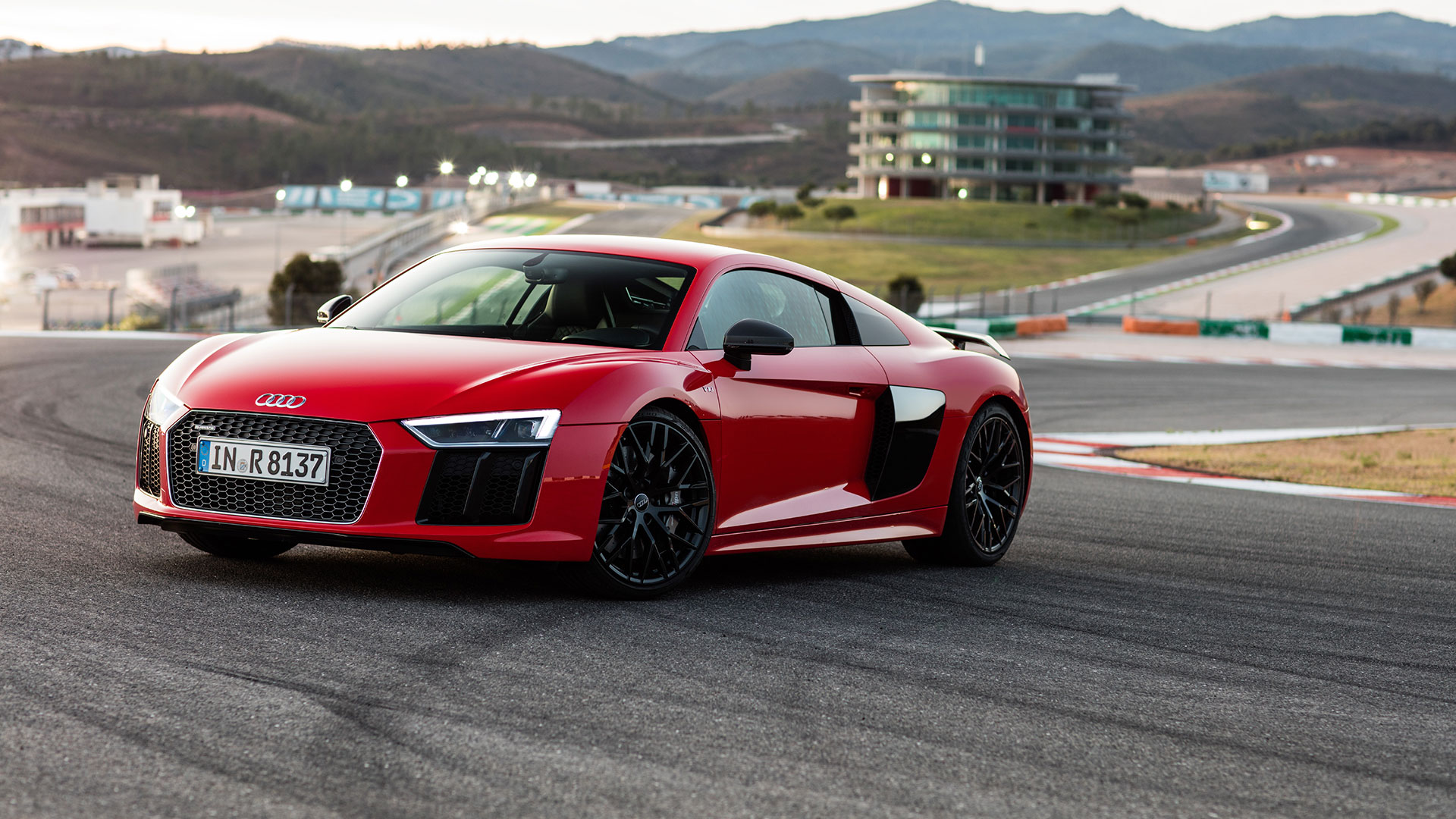 With VW Group’s expertise, it was never in any doubt whether the firm could build a supercar to rival traditional manufacturers such as Ferrari. What is surprising is that, to many people, the current R8 is just as desirable as a Porsche 911 or Lamborghini Huracan. In standard guise, with a 5.2-litre V10 driving all four wheels, it’ll hit 62mph in 3.5 seconds. If you want to beat a BMW M5 away from the traffic lights, you’ll have to buy the V10 Plus.

Despite being incredibly attractive, the Aston Martin Vantage has never been quite as fast as its competitors. Even in GT3 race car form, with extensive use of carbon fibre and 600hp from its 6.0-litre V12 engine, it still isn’t as quick as the latest BMW M5.

Unveiled by Michael Schumacher at Frankfurt 2007, the 430 Scuderia is every bit the race car for the road. As fast as an Enzo around Ferrari’s Fiorano test track, the Scud is based on a standard F430 with more power (510hp) and less weight (1,430kg). 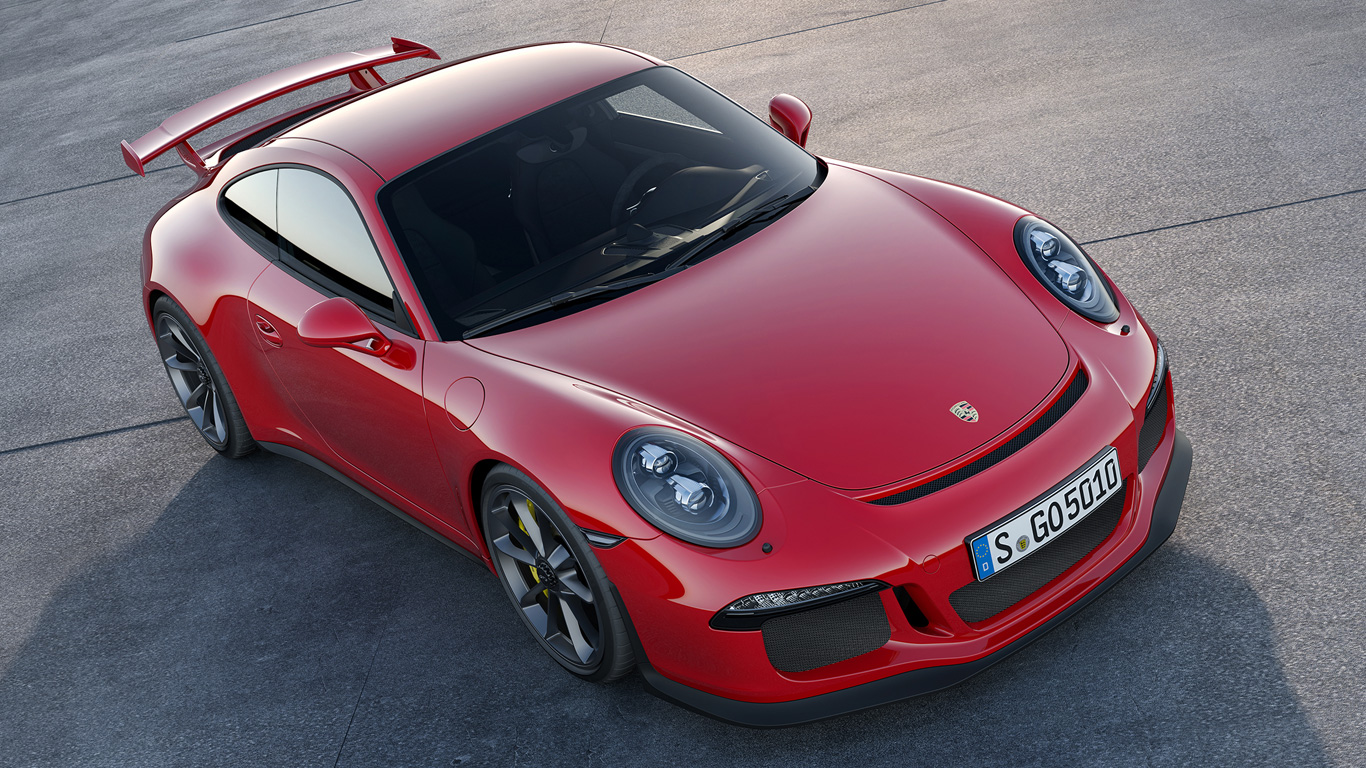 Like the 430 Scuderia, the 2013 911 GT3 is a stripped-out version of the 991. Power comes from a 3.8-litre flat-six, while gears are controversially changed using a PDK double-clutch gearbox. Porsche says this is quicker than letting the driver change gears themself – but not quick enough to beat the M5 to 62mph. The 991 GT3 RS, meanwhile, hits 62mph in 3.4 seconds – equal to the BMW. That’s mad.

Lamborghini’s first new model under Volkswagen Group ownership, the flagship Murcielago was powered by a mid-mounted V12 engine with power going to all four wheels. By 2006 it was given a facelift and a power increase to 640hp, along with a new name: the LP640 (named after its power output and the engine’s orientation). One of the fastest supercars on the market at the time, the LP640 took 3.6 seconds to hit 62mph.

Four years on and we’re not still not sure how ‘Huayra’ is pronounced. At one point, it was the fastest car around the Top Gear test track, above cars such as the Ferrari Enzo, Bugatti Veyron and Aston Martin Vulcan. Officially, its Mercedes-AMG-developed 6.0-litre twin-turbo V12 catapults the Huayra to 62mph in 3.6 seconds. 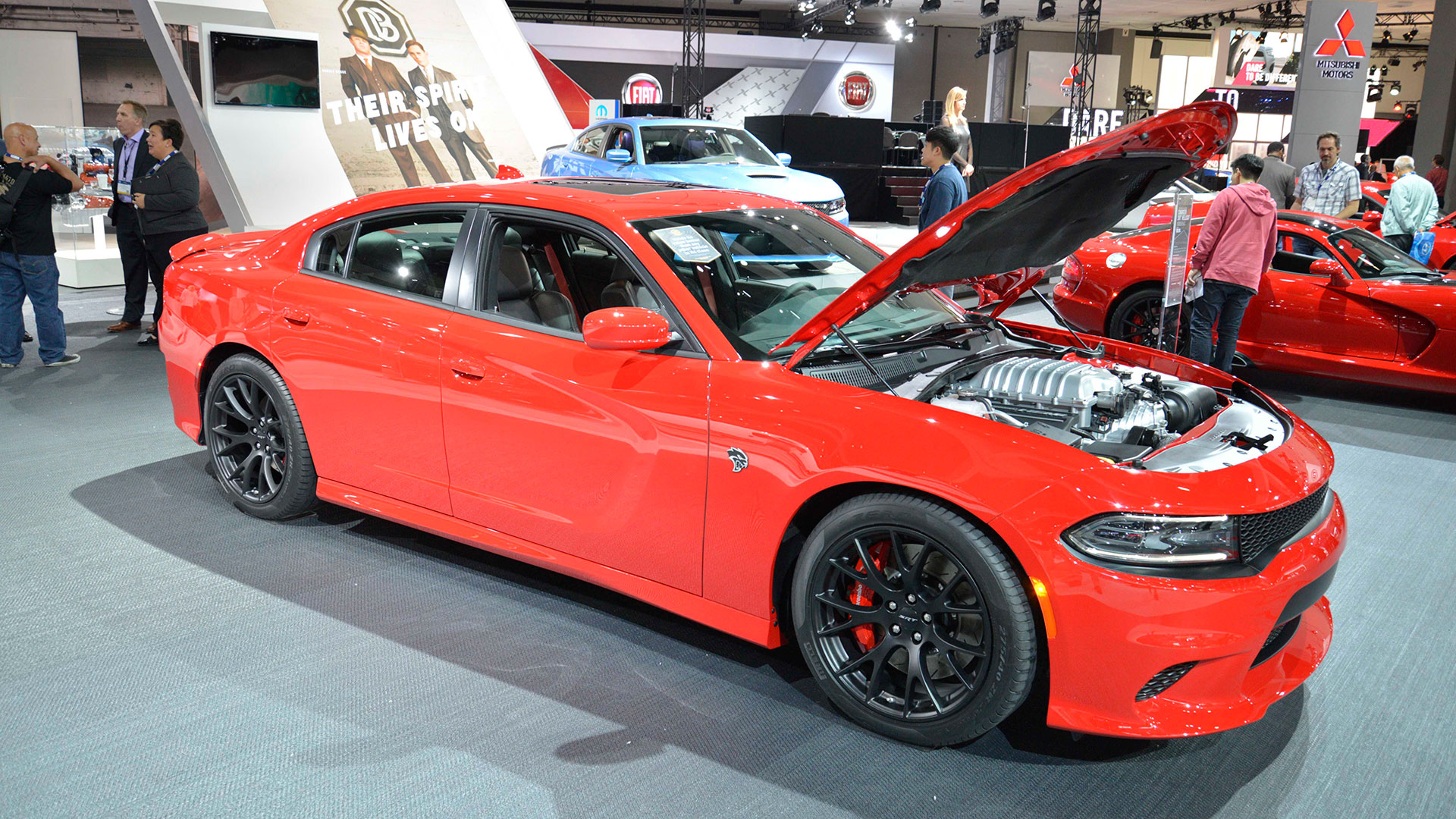 The Dodge Challenger SRT Hellcat is one of the few cars here that could rival the BMW M5 for practicality. Despite a bonkers name, and an even more bonkers powertrain (a supercharged 6.2-litre Hemi V8 producing 717hp), it falls short on performance – taking an estimated 3.7 seconds to hit 62mph. We’d wager the M5 is slightly easier to drive, too.

Yes – incredibly, the new M5 is quicker than Pagani’s money-no-object hypercar. And we’re not talking about any old money-no-object Zonda here, but the updated F – powered by a 602hp 7.2-litre AMG V12. Ladies and gentlemen, the goalposts have well and truly moved.

In some ways, the XJ220 was only half the car it could have been. Originally revealed with a 6.2-litre V12, it eventually entered production with a 3.5-litre V6 from the MG Metro 6R4. Nonetheless, a not-inconsiderable 550hp meant the biggest cat could hit 62mph in 3.8 seconds: astounding in 1991, yet not even German super-saloon pace in 2017. 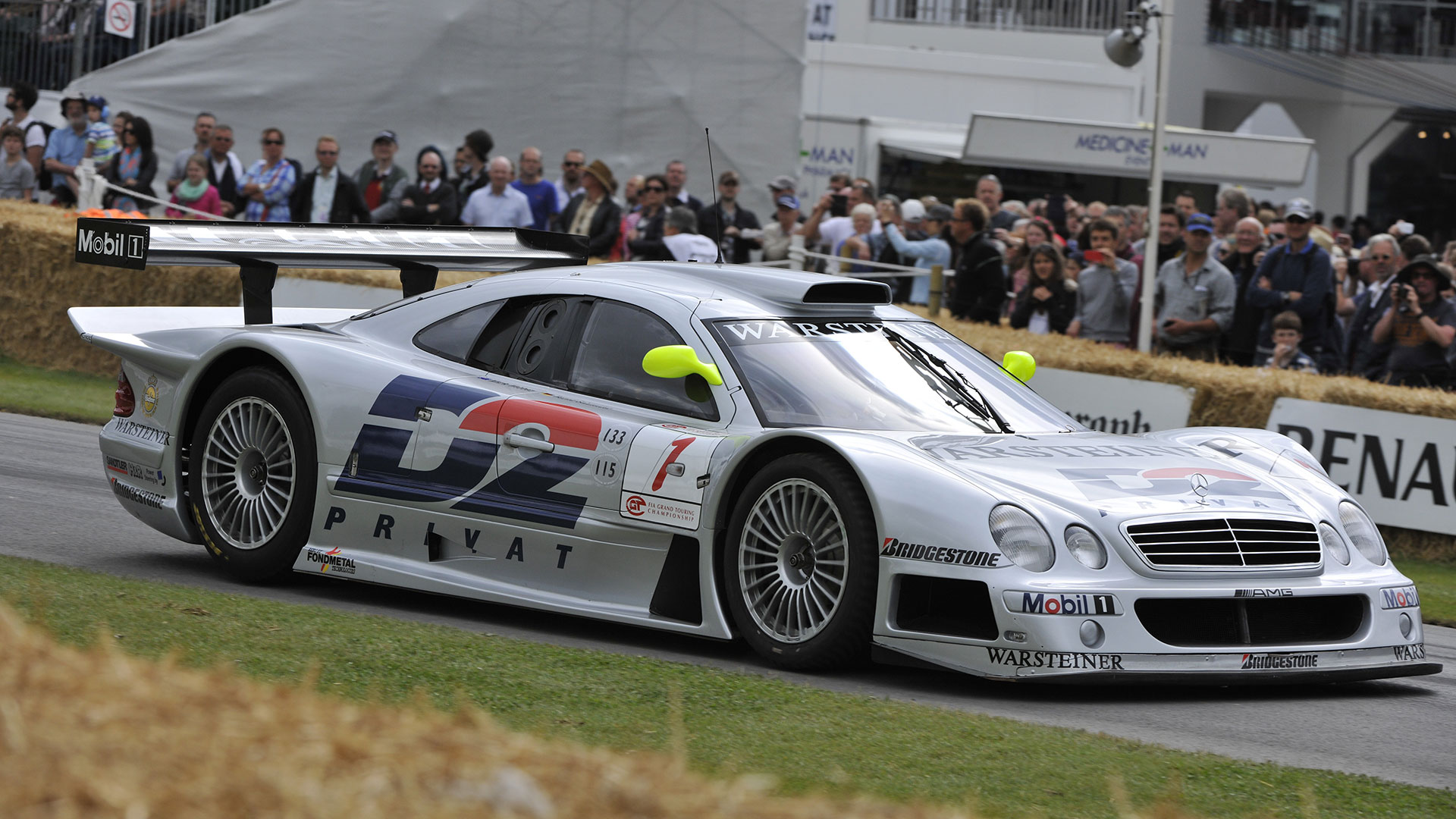 Homologation specials come no more extreme than the CLK GTR. A road-going FIA GT car with elongated bodywork and extreme aero, its resemblance to your mum’s CLK is fleeting at best. Only 35 examples left Stuttgart, powered by a 612hp V8 driving the rear wheels. At launch in 1997, it was the most expensive car ever made.

Looking back, the SLR seems like a quirk of history, bearing no relation to the epochal F1 that preceded it, nor the ‘modern’ McLarens that followed. Its critical reception was mixed, but many found its combination of sleek styling and explosive performance hard to resist. Just don’t square up to a new M5 at the lights…

Get past the oddly conservative, ‘melted-911’ styling and the Porsche 959 is one of the most avant garde and exciting cars of its era. Active four-wheel drive, adjustable suspension, sequential turbocharging and zero-lift aerodynamics were big news in 1986 – as was a 0-62mph time of 3.9 seconds. Power came from a 444hp flat-six, with air-cooled cylinders and water-cooled heads. 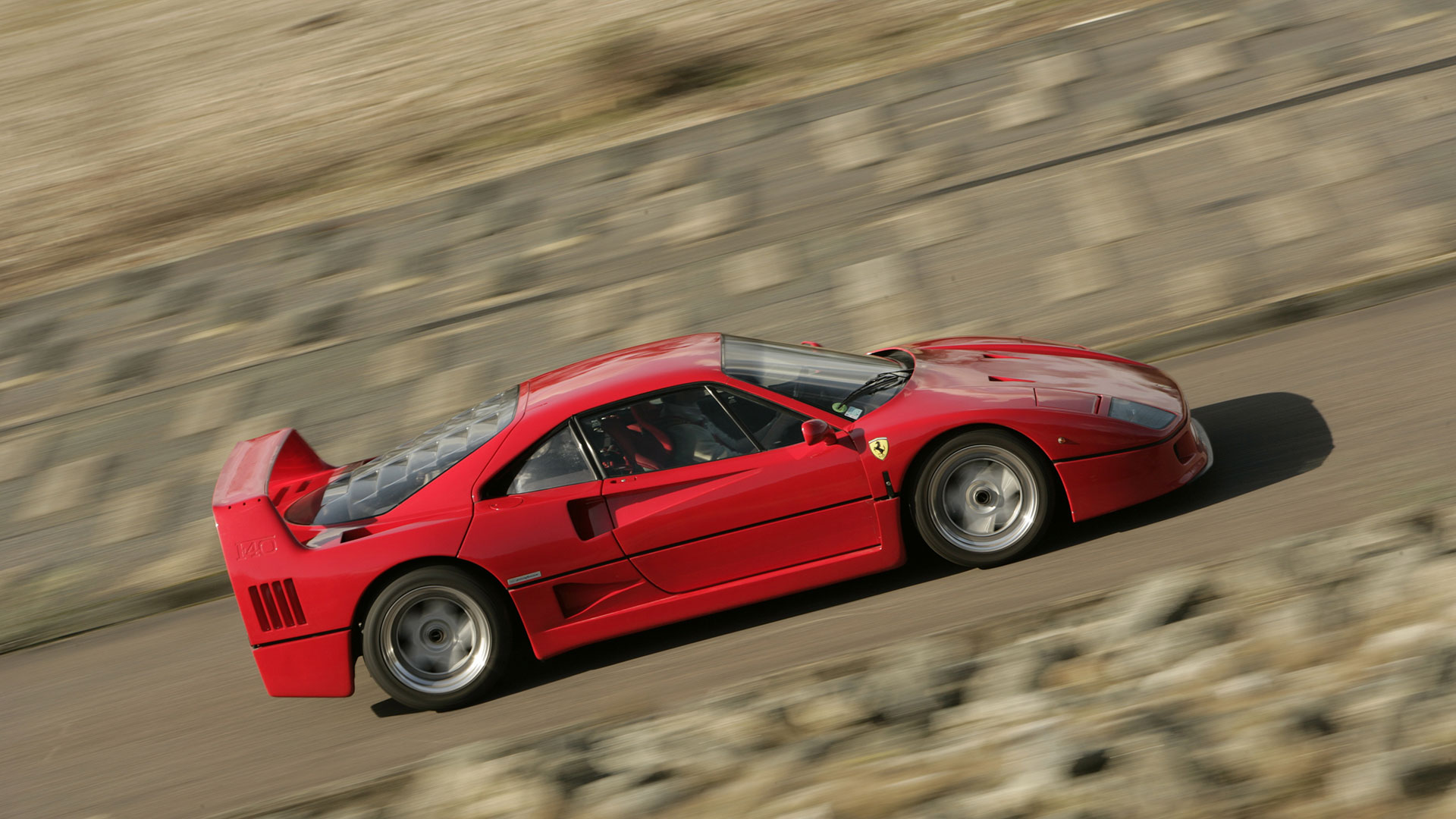 The F40 was the 959’s main rival for 80s supercar supremacy. On paper, they were close – both hit 62mph in 3.9 seconds – but Italy bested Germany for driving excitement and wow-factor. Few cars have graced so many bedroom walls as the F40, ours included. Today, the F40’s once-mighty 471hp output lags some 200hp behind Ferrari’s entry-level 488 GTB.

The DB11 is the most beautiful new car on sale: discuss. What isn’t open to debate, however, is the Aston’s 0-62mph time. At 3.9 seconds, it’s a full 0.5 seconds slower than the M5 – despite four additional cylinders and eight (count ‘em) extra horses. Time for Bond to go back to BMWs? Over to you, Mr Craig…

The new M5 is a full second quicker to 62mph than the outgoing F10 version. That’s mostly thanks to the 2017 car employing four-wheel drive: the outgoing model deploys its 560 horses via the rear tyres only. A limited-edition Competition Package for the M5 boosted power output to 600hp – the same as the forthcoming car – and cut the 0-62mph time to 3.9 seconds.