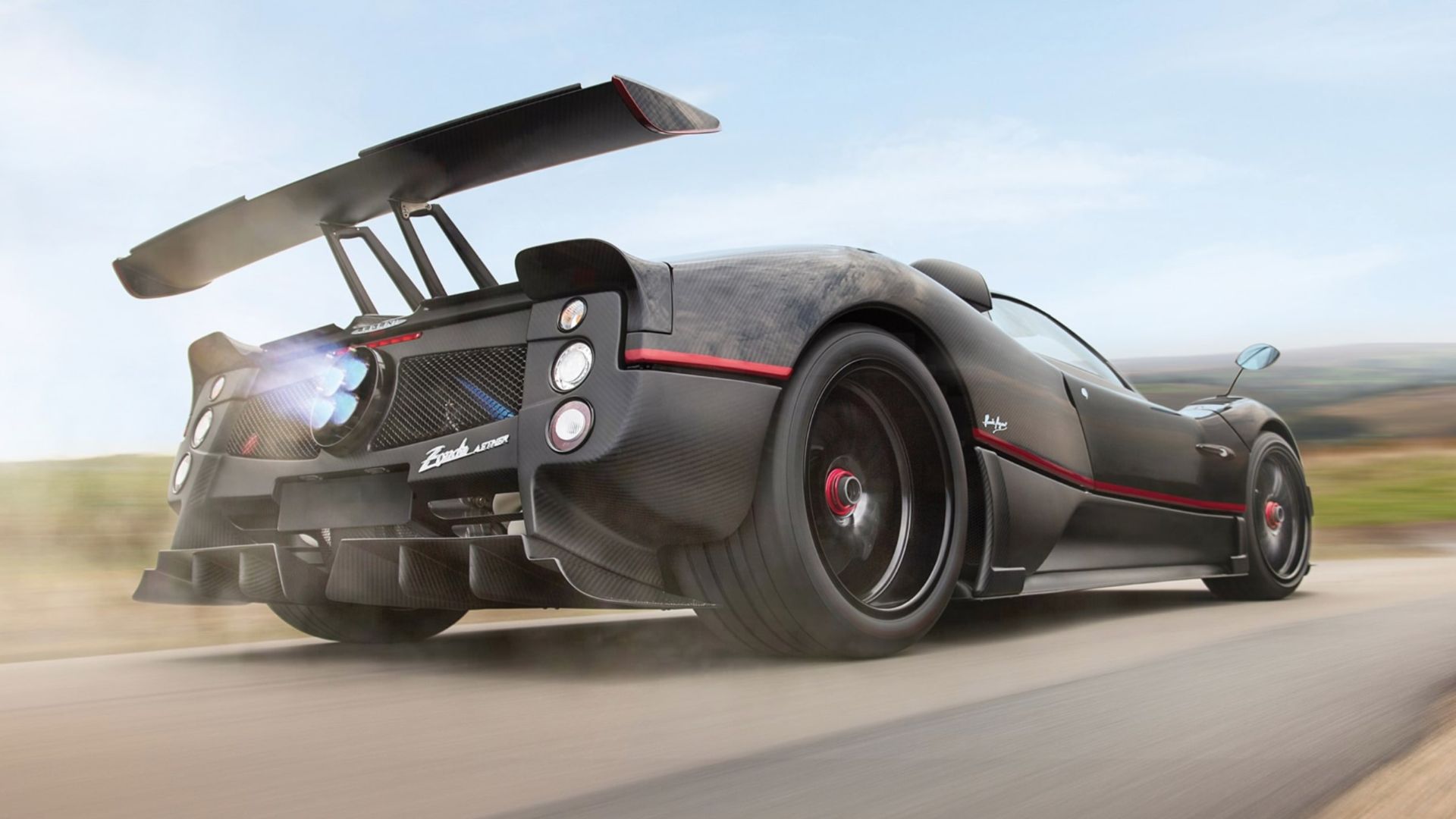 One of the most prestigious car auctions happens this weekend at the 2019 Abu Dhabi Grand Prix. There are 17 cars on the lot list predicted to sell for at least a million dollars (£774,000). If you combine the high estimates of the two top billings, you’ll be paying more than £10 million after commissions are taken. So, let’s count them down: these are the seven-figure cars of RM Sotheby’s Abu Dhabi sale. 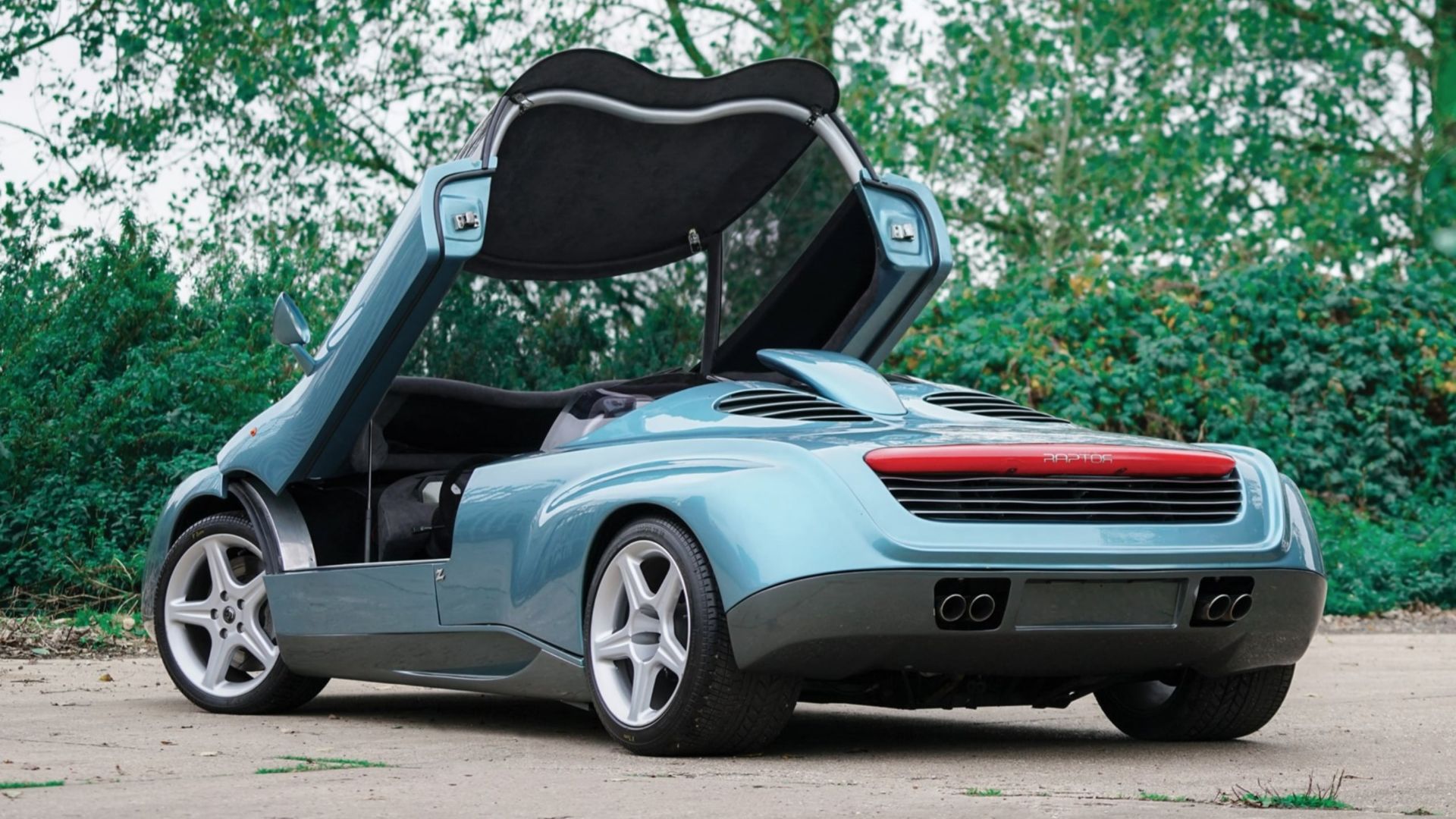 From the bottom, this is quite an obscure one. You may have heard of Zagato, but only as a company that restyles Aston Martins. In this case, it was a Lamborghini Diablo that went under the knife, producing the Raptor Concept for the 1996 Geneva Motor Show. It’s a one-off for a limited run that never came to be. Shame, as the Raptor was reportedly a special thing to drive, weighing 300kg less than a standard Diablo. This one-off could be yours for as little as £774,000, or $1,000,000, so RM says. Chump change, in this company anyway. 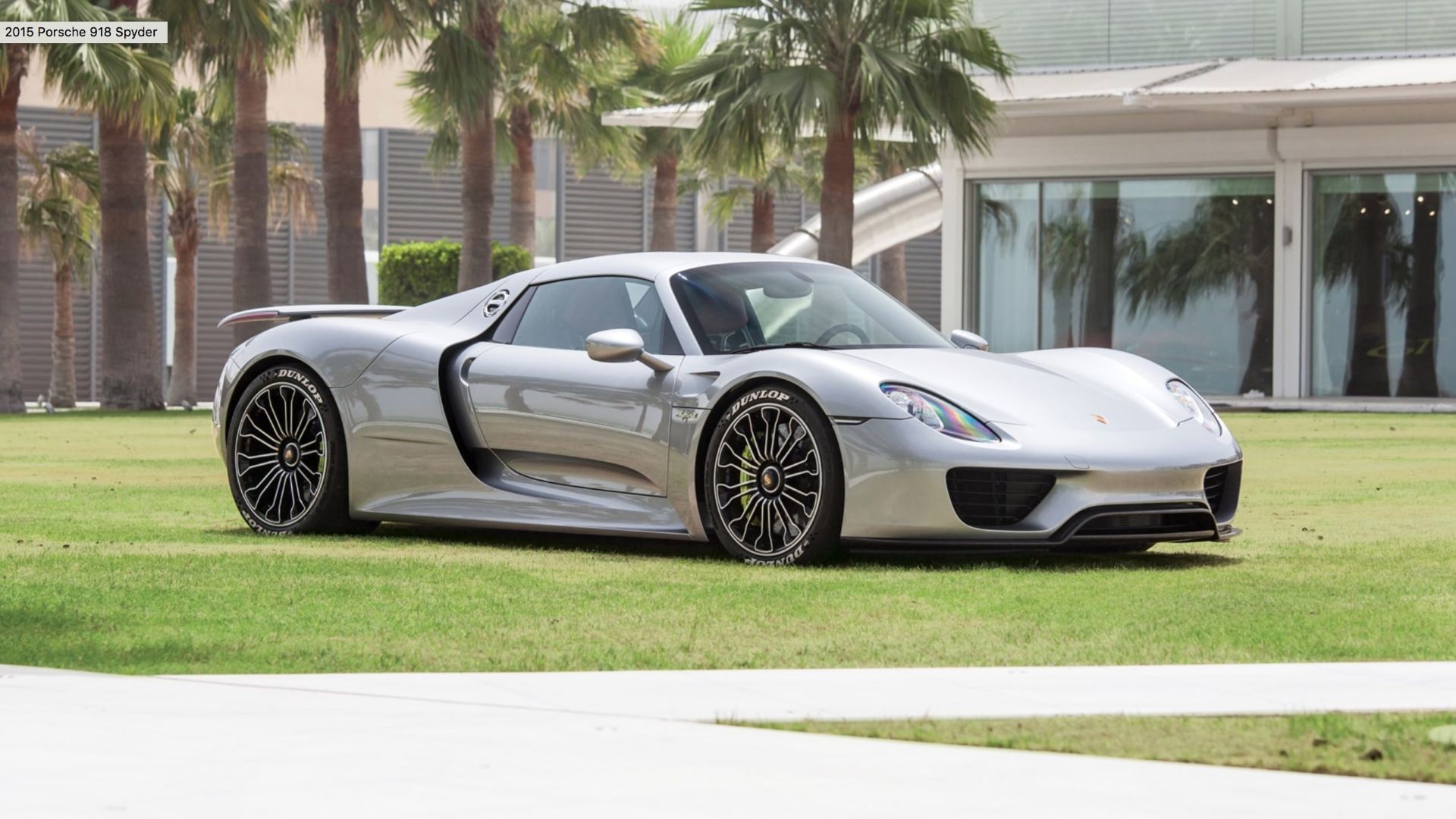 Only at an Abu Dhabi F1 super sale could a member of the ‘holy trinity’ be the second cheapest car in a 17-car selection. A Nurburgring record-setter, or indeed a Park Lane zero-emission cruiser, the 918 Spyder boasts nearly 1,000hp from its hybrid powertrain. It’s a pretty thing, too, echoing its Carrera GT predecessor nicely. This one has covered less than 1,000 miles, and is estimated to fetch at least £774,000 ($1,000,000). 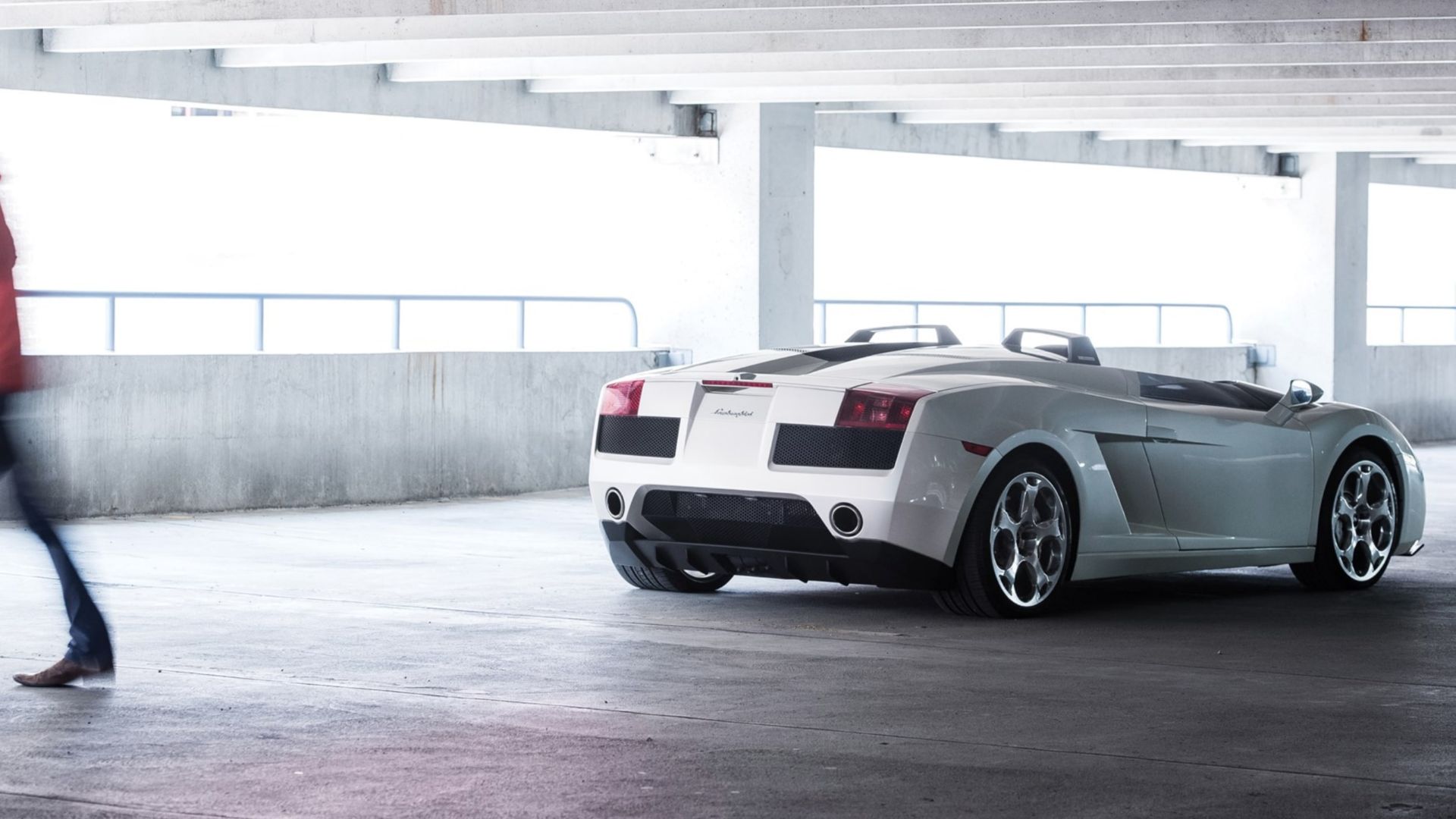 Back with the one-offs, this Lamborghini is the only functioning example of the Concept S of 2005. Shown as a prototype to tease the coming Spyder model, it’s a speedster of sorts, with not a lot of windscreen to speak of – and no roof at all. Still equipped with the 520hp V10 of the Gallardo, this working model was made after the dummy prototype proved so popular. Originally mooted for a 100-car production run, the project was later cancelled. Yours for a low estimate of £1,000,000. 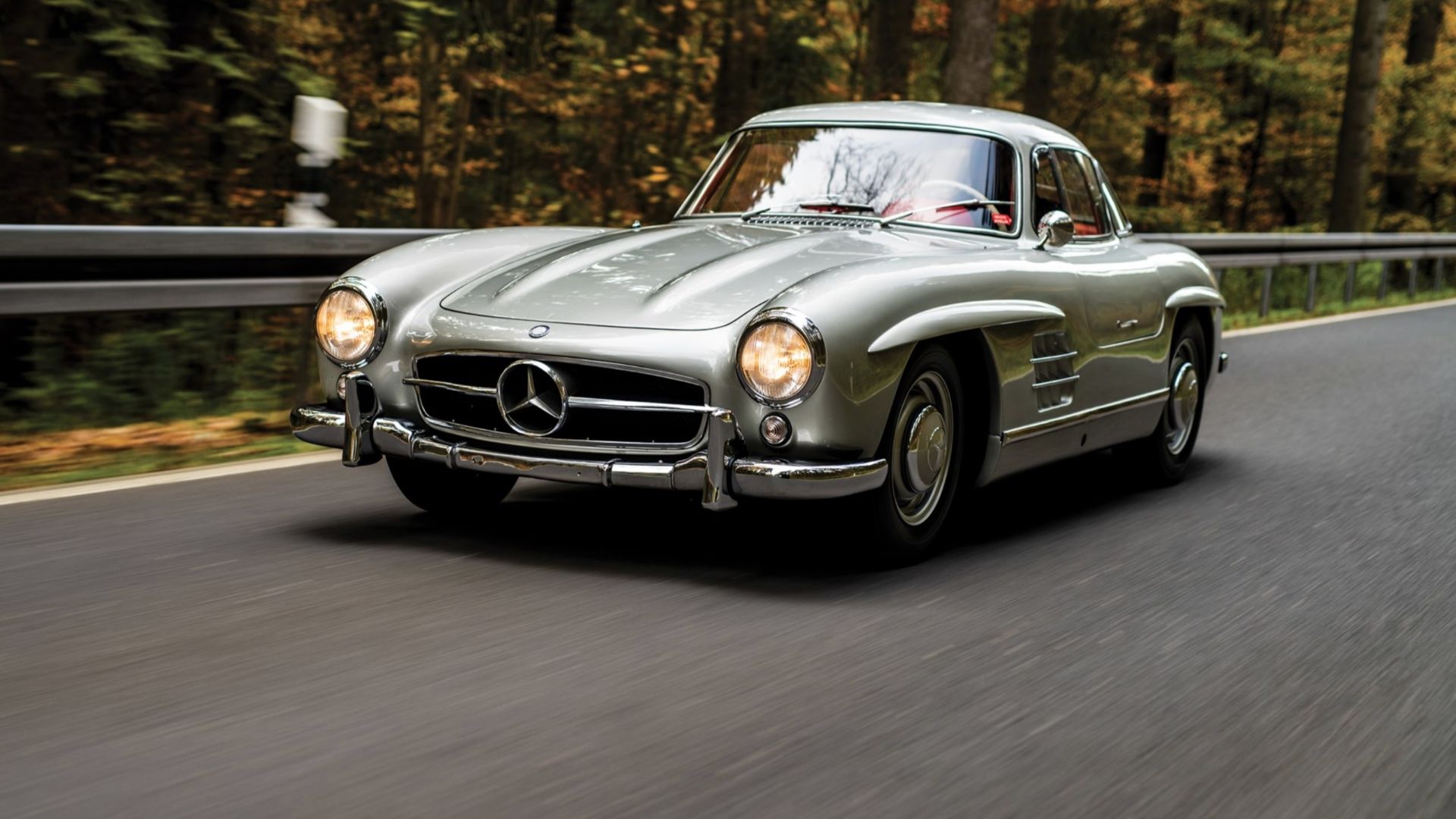 If classics are more your cuppa, they don’t get much more prestigious than the Mercedes 300 SL Gullwing. This 1950s racing car for the road was a bona fide supercar of its era, featuring revolutionary fuel injection technology and a tubular steel frame chassis. This 1956 example has the NSL Sport Light engine with more than 230hp, plus sports suspension. This is a well looked-after example that has been in collections around the world throughout its life. It could be yours for £1,080,000. 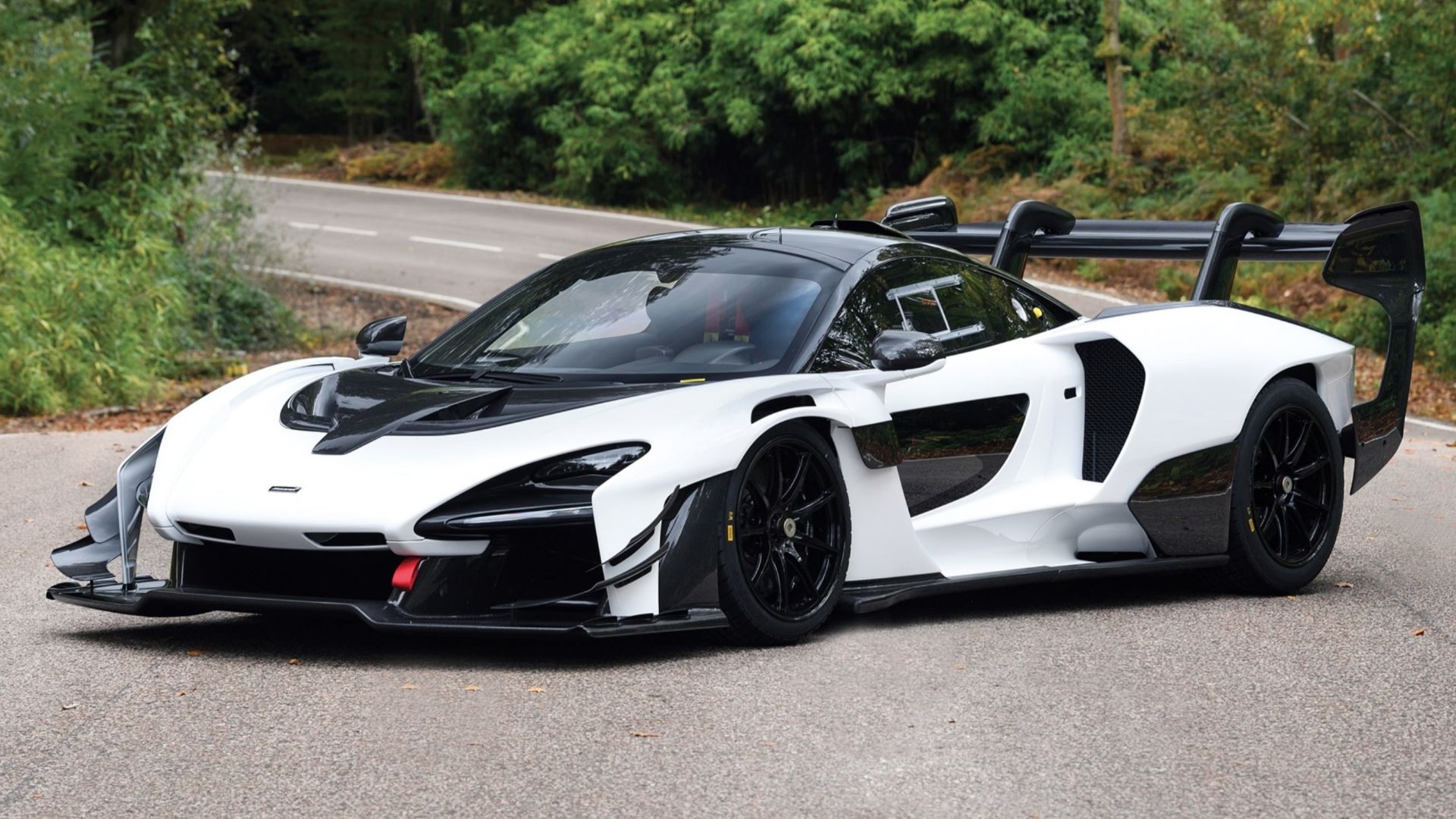 Not much has been heard of the production-ready Senna GTR, but here is one for sale. This track-only monster with a wing that could put an F1 car to shame can produce more than 1,000kg of downforce at 155mph. As you might expect, this white car is effectively brand new, having not been driven at all. It could be yours for £1,160,000. 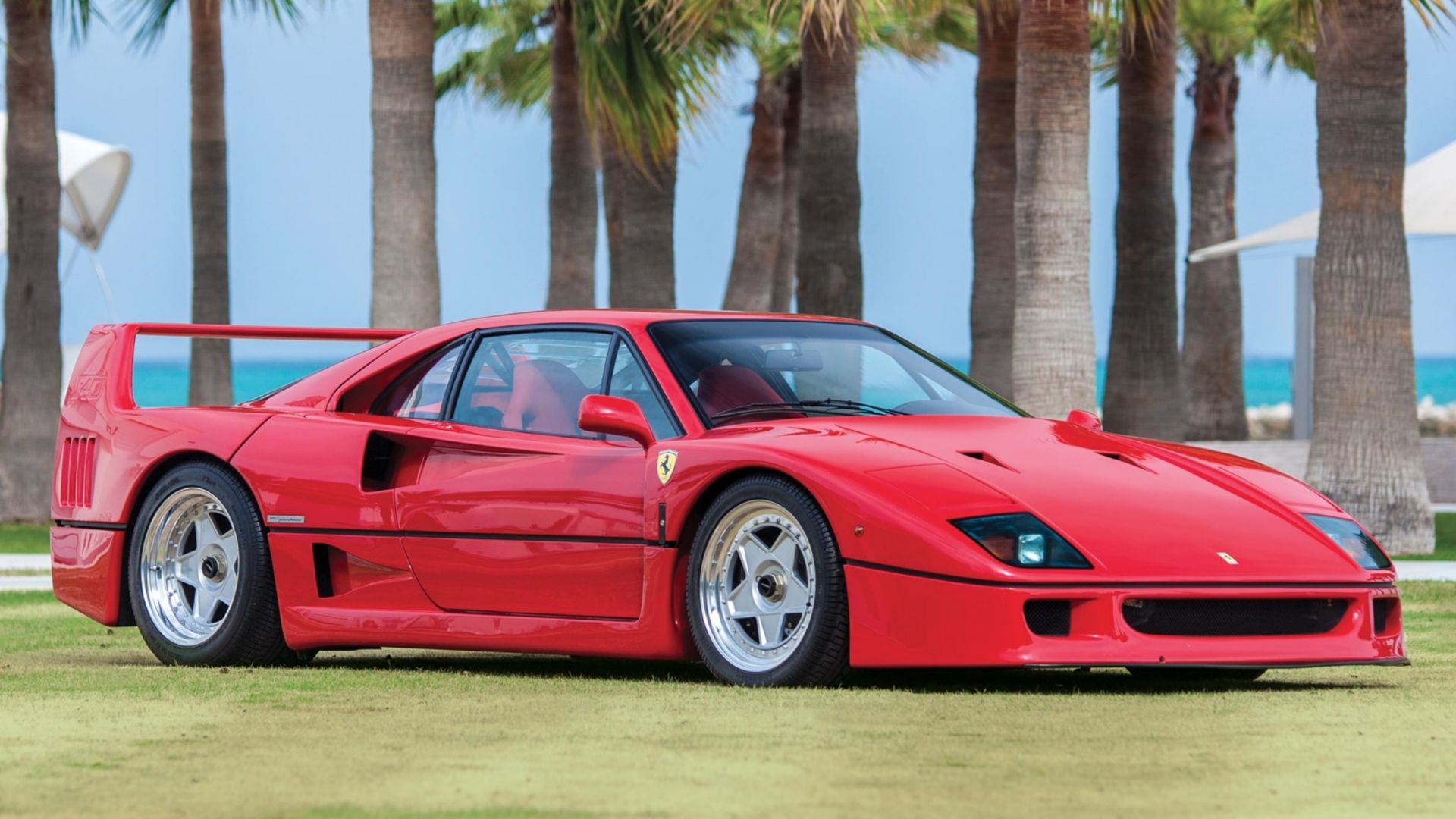 Of course, you could plump for the original track-focused hypercar. The Ferrari F40 will go down as one of the greats from Maranello, and that really is saying something. Its twin-turbo V8 officially produced around 480hp, but it’s widely believed the figures were conservative. This example is one of the best of the breed, being Ferrari Classiche certified with no catalytic converters. It’s also signed by one Sebastian Vettel. It spent most of its life in a Saudi lockup, but was exhumed and restored in 2015. This near-perfect car is estimated to fetch at least £1,160,000. 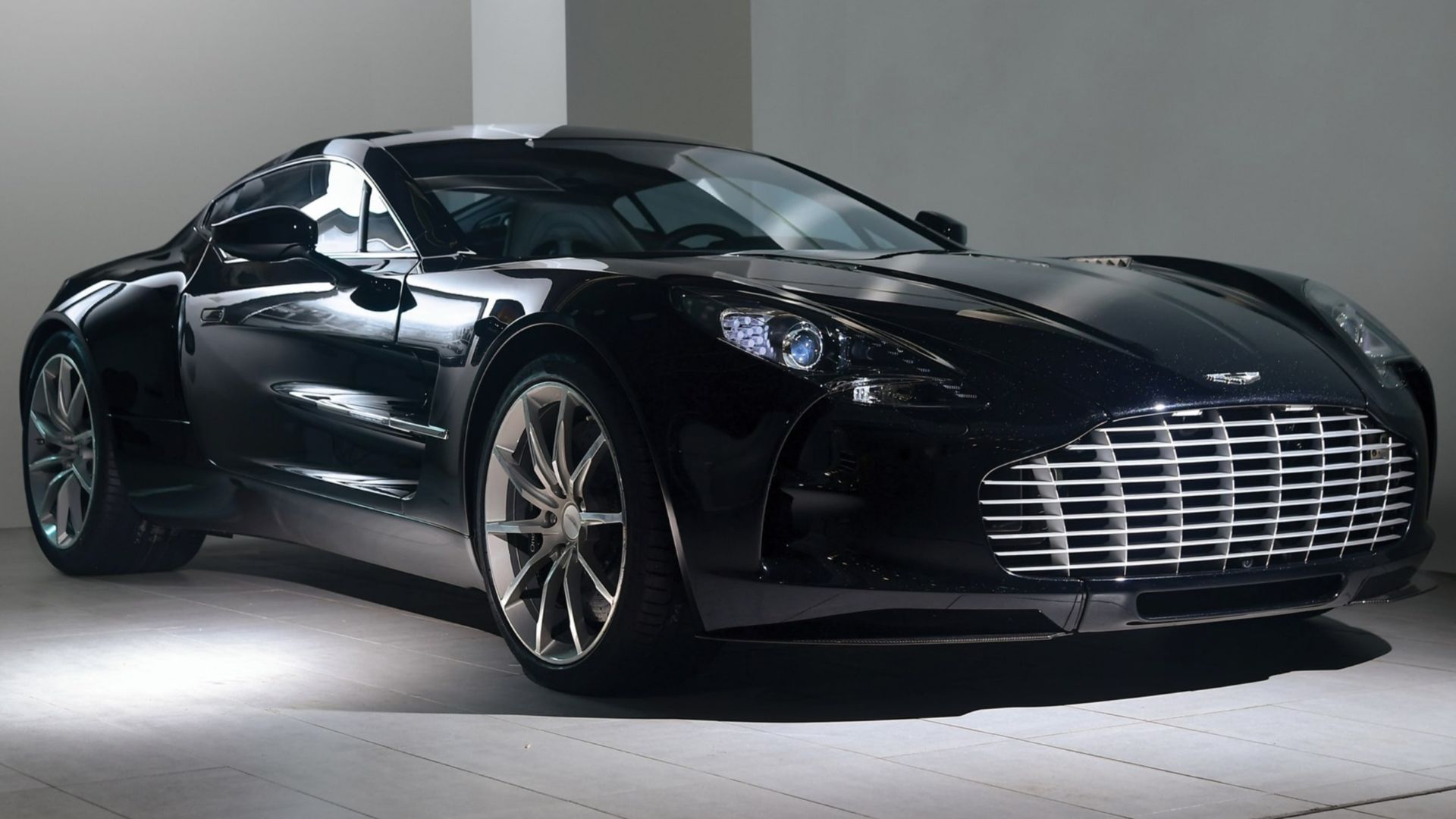 Aston Martin’s forgotten hypercar is every bit as desirable and dramatic as the forthcoming Valkyrie. While a 7.3-litre 750hp V12 and carbon construction sound exotic enough, its front-mid-engine layout is decidedly more traditional Aston. It’s a thoroughbred beauty, designed to exaggerate and take to extremes everything we love about Aston Martins. This 2011 car is being auctioned for the Auction4Wildlife charity, to benefit African parks. Having covered just 550 miles, it’s begging to be driven. You could be the one to realise its 220mph potential, albeit only if you pay the expected £1,160,000. 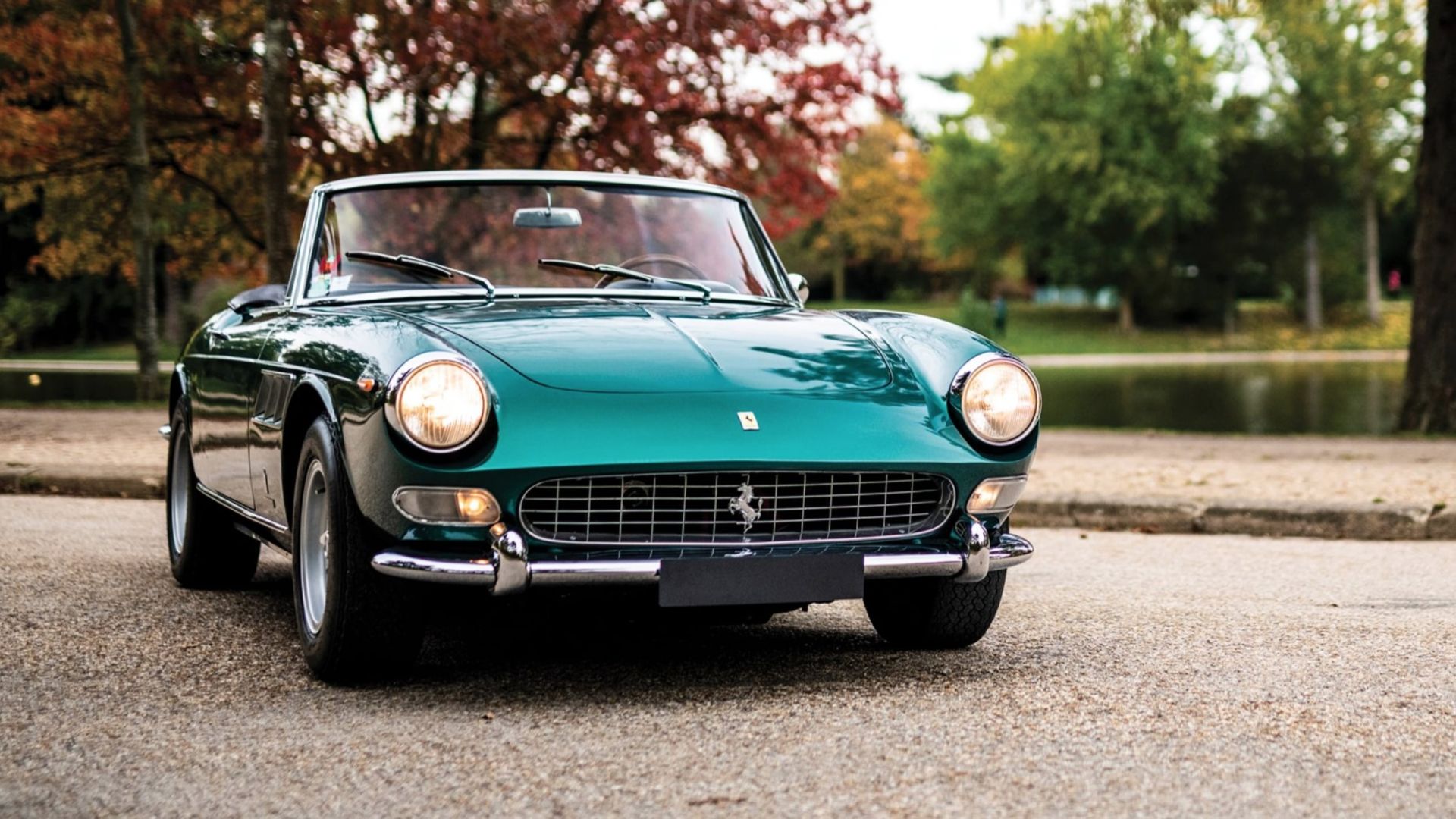 If spangly carbon fibre addenda and 200mph+ top speeds aren’t your four-wheeled fancy, fear not. There is something more to a traditional gentleman’s taste. One of the finest Ferraris from the coachbuilt era is the 275 GTS. The 189th of 200 built, it’s one of the rarest of the 275 variants. This car was originally delivered to Prince Abdallah of Moulay, the brother of the King of Morocco. Restored in the early 2000s, with a refinish of its original Verde Pino Metalizzato paint, it now comes with a healthy 57,788 miles on its original 3.3-litre V12 engine. It’s expected to go for £1,242,000 or more. 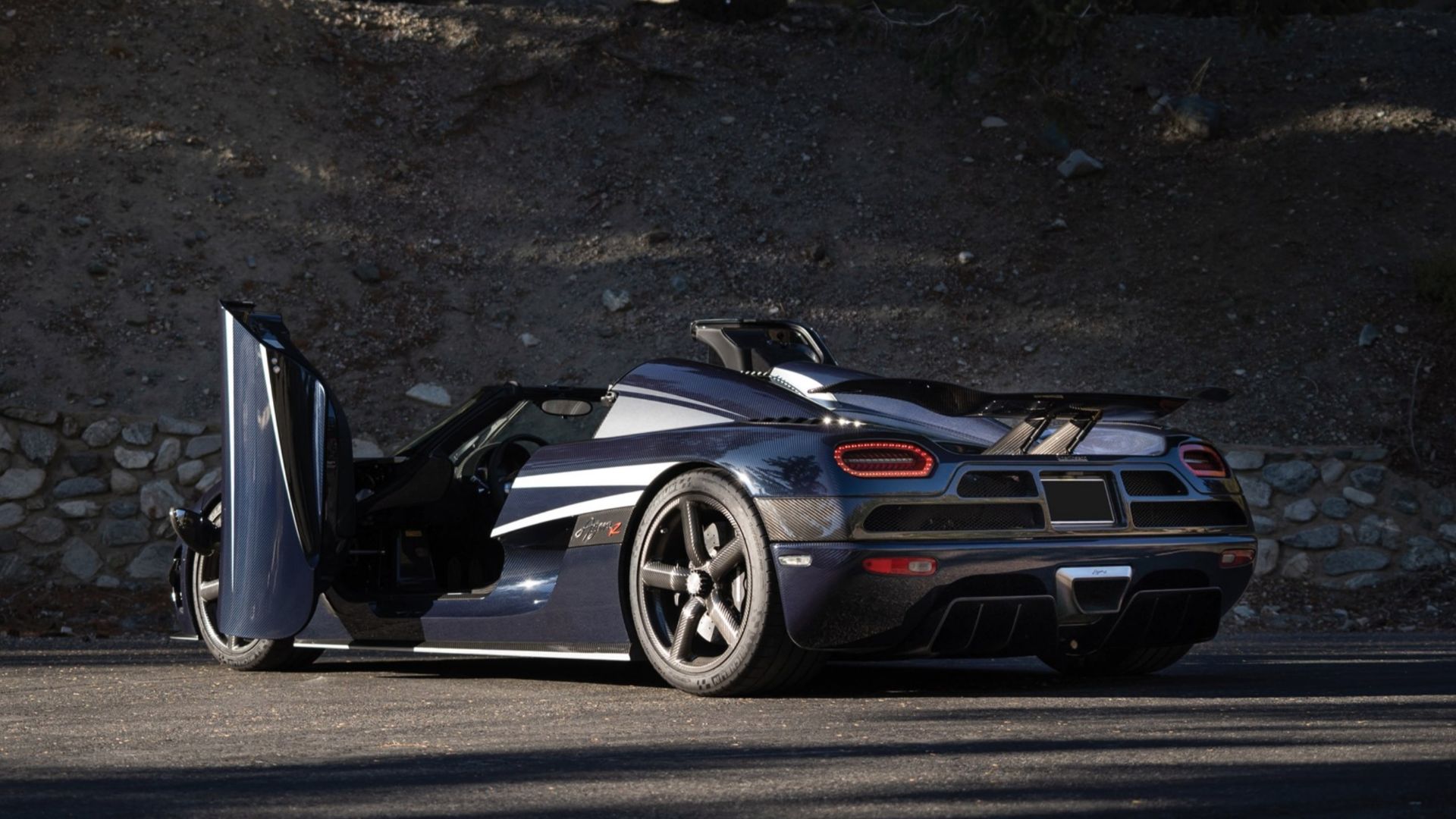 Koenigsegg’s hypercar for the 2010s blew everyone away, with upwards of 1,100hp from its twin-turbo 5.0-litre V8 engine. YouTube is littered with videos of Agera Rs showing Bugatti Veyrons their back tyres. This Agera R is one of just 18 made, and has covered 4,400 miles. It’s in one of the more subtle specifications, too: silver over black is a classy combination. It’s expected to sell for a minimum of £1,551,000. 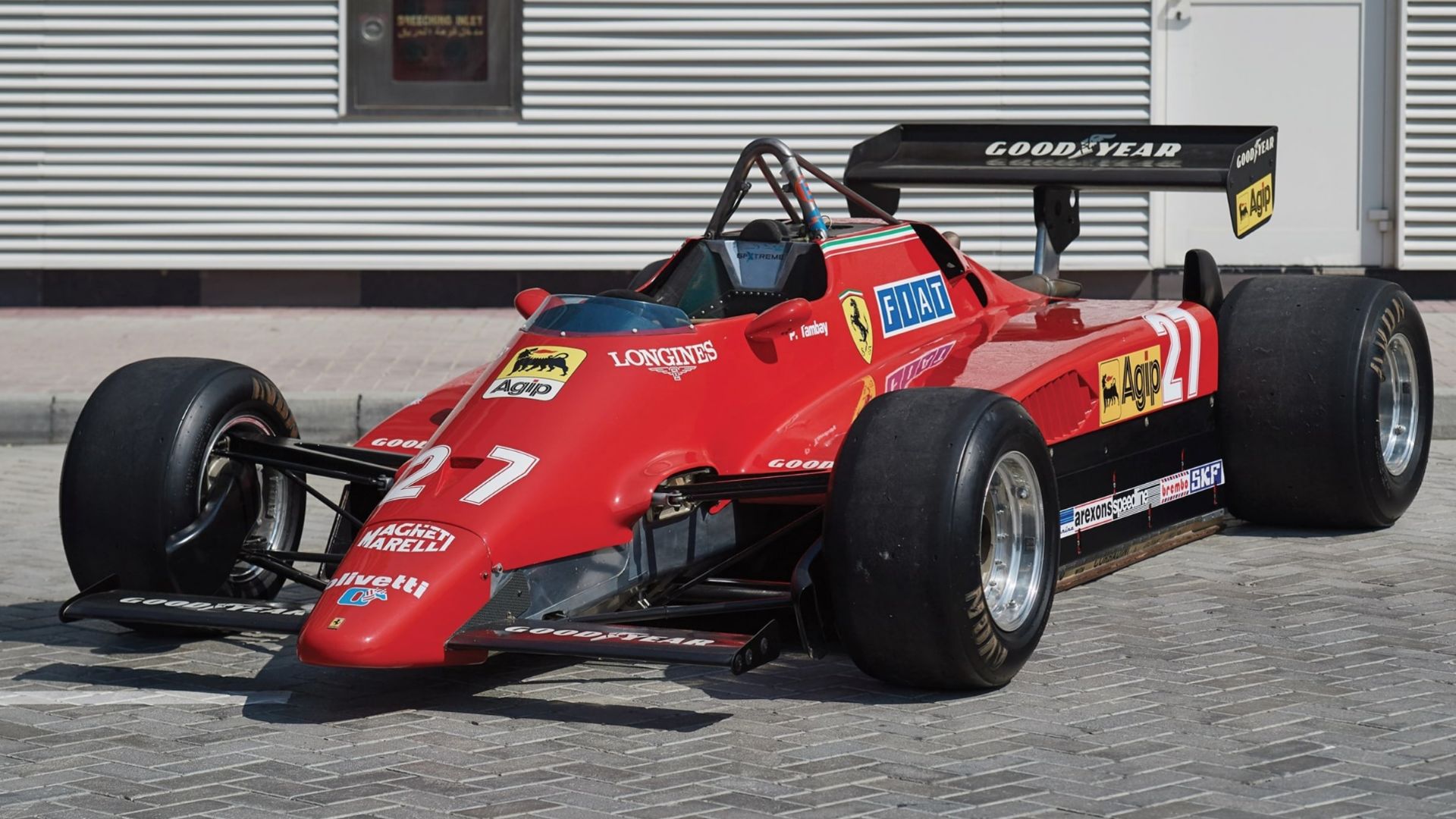 If a Koenigsegg is a bit too tame, where do you go from there? A 1980s Ferrari Formula One car might do it. This 1982 Ferrari 126 C2 is ex-Mario Andretti, with the legendary driver scoring his final pole position, podium finish and World Championship points in F1. It’s also the taproot for the position of strength Ferrari has enjoyed in F1 ever since, taking the Constructors Championship in 1982. Ferrari hasn’t been lower than fourth in the standings to this day. Now you can own this piece of Ferrari F1 history – and enjoy it. The car is prepared and ready to drive, and could be yours for £1,551,000 or so. 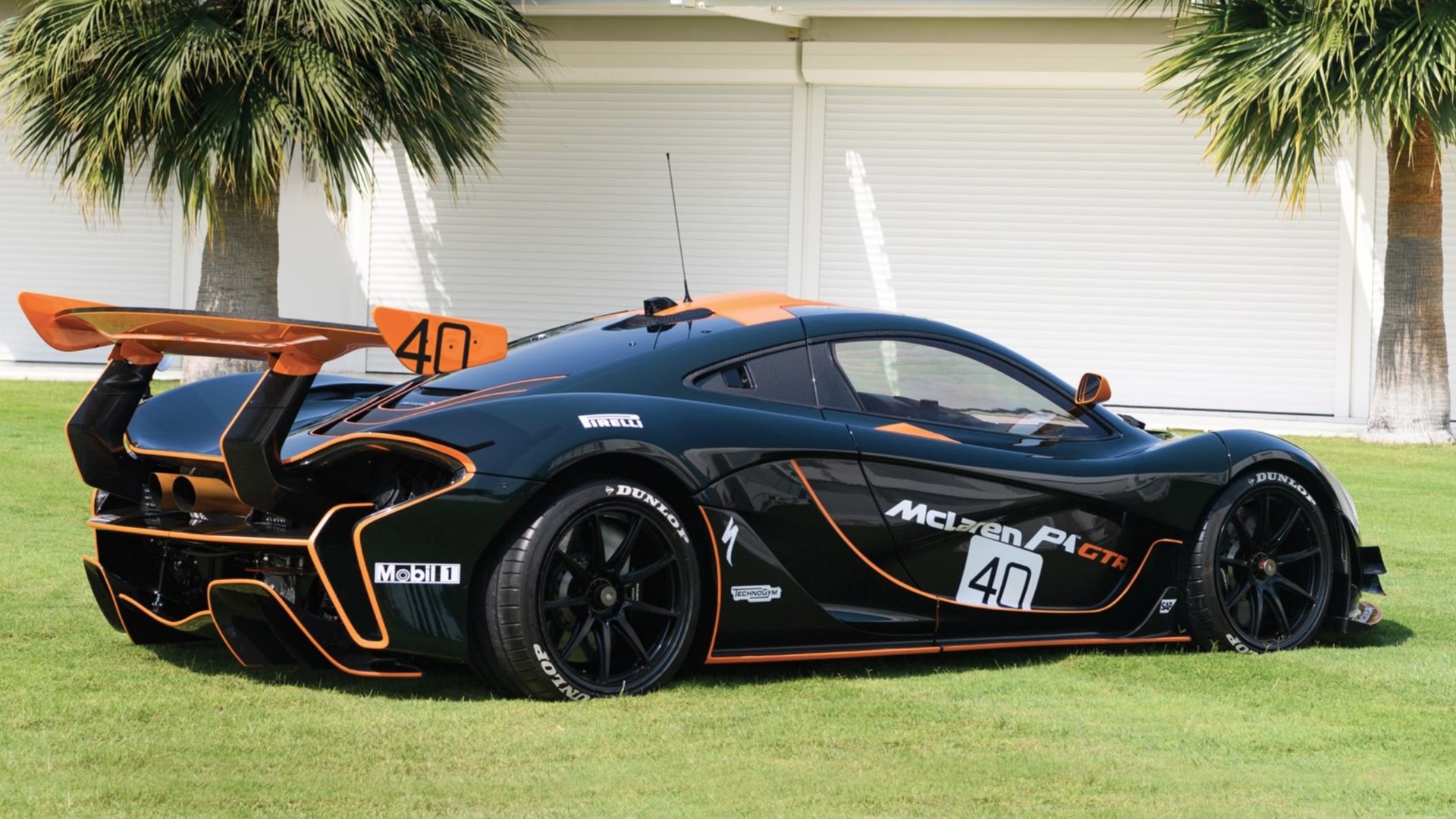 If you thought the ‘normal’ McLaren P1 couldn’t get much lairier, McLaren proved you wrong in 2015. The P1 GTR paid homage to the F1 GTR Le Mans-winner of the 1990s, as a track-only hybrid hypercar special. Lanzante, the company that prepared F1s for racing in-period, even offered a conversion to make it roadworthy. This was the first P1 GTR delivered to the United States, to one Bruce Canepa, retired American racing driver. It’s estimated to sell for a minimum of £1,700,000. 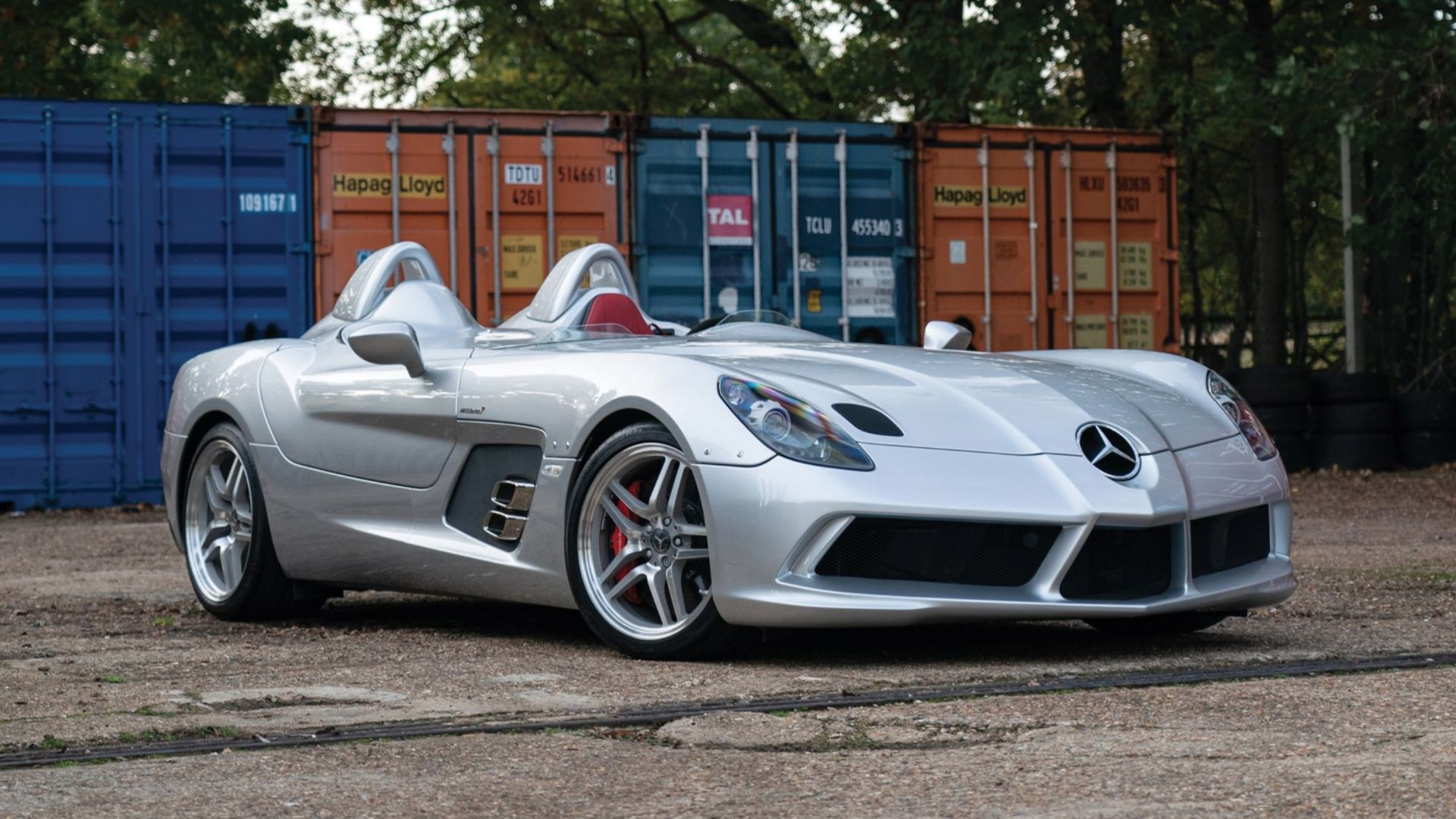 A very different flavour of McLaren to the P1 GTR, this is one of just 75 examples of the Mercedes-McLaren SLR Stirling Moss. Built as a run-out for the outgoing SLR in 2009, it also commemorated the 300 SLR that Sir Stirling drove to victory in the 1955 Mille Miglia. This example has just over 320 miles on the clock and comes for sale from its first and only owner. It was also used for a Hermes PaketShop ad, filmed with double F1 world champion Mika Hakkinen in Barcelona. RM estimates it’ll fetch around £2,000,000, at least. 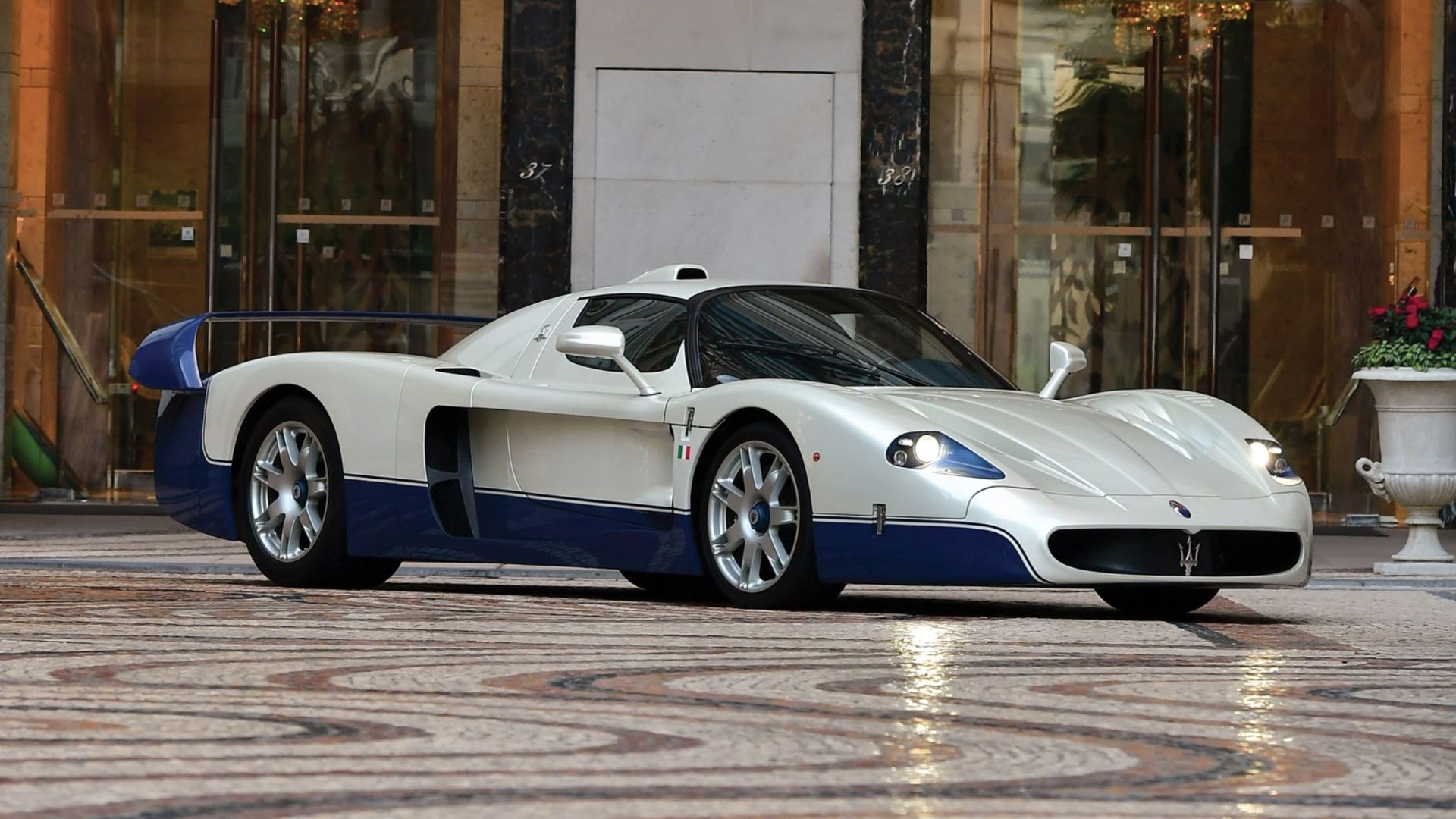 If the SLR commemorated a racer, the Maserati MC12 simply was a racer. At least, the road-going version that homologated the racer. The plan was to take the Ferrari Enzo racing, without taking it racing. The solution? Build a Maserati version. Just 50 road-going MC12s were made. This particular example was delivered new to Hong Kong, where it’s now leaving to go up for auction. It’s covered just 1,200 miles and will set you back a little over £2,000,000, by RM’s valuation. 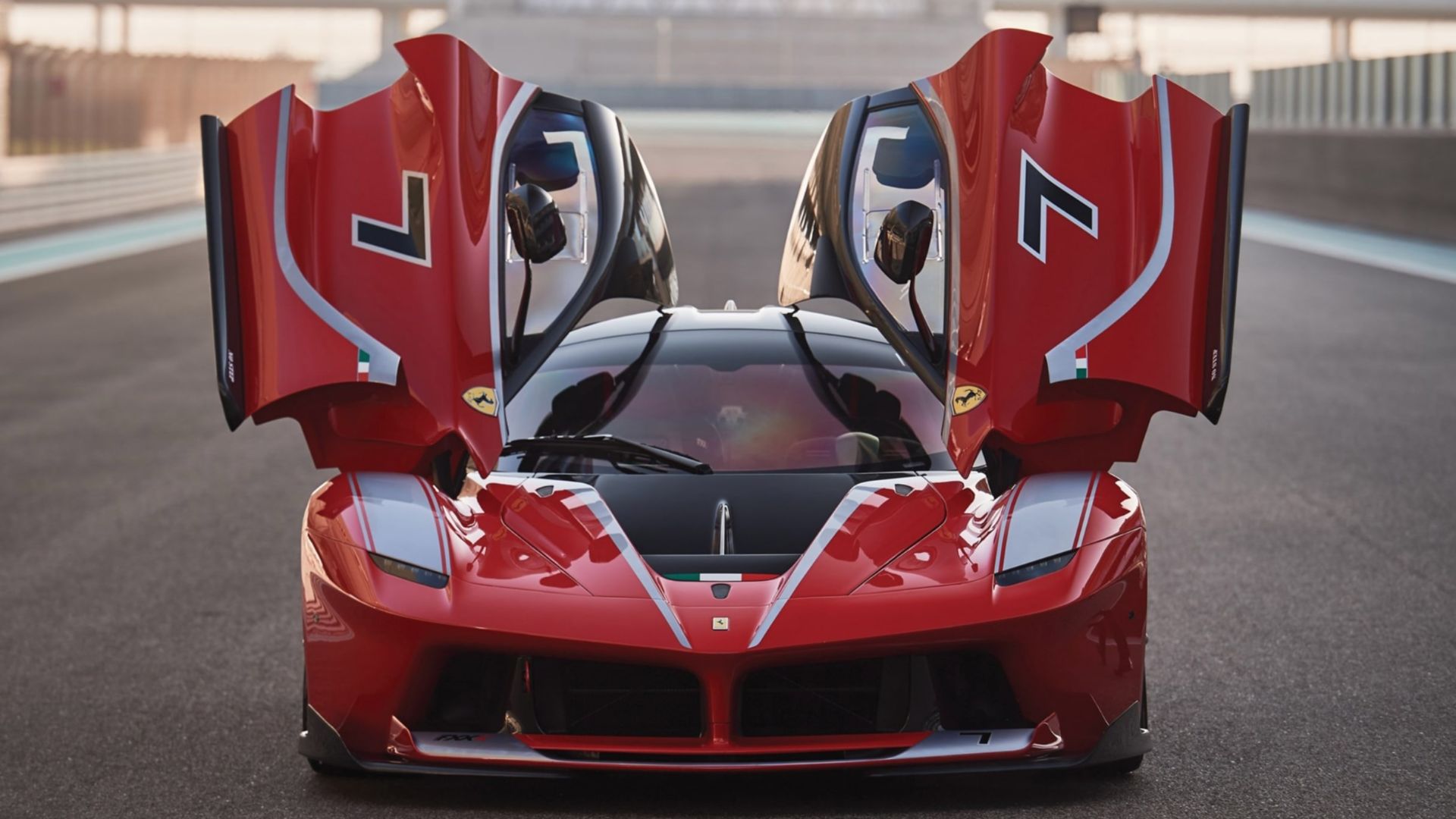 If we weren’t into the big time with £2,000,000 hypercars, we’re there now. The FXX K might not be a decorated racer, but it still commands a minimum auction valuation of £3,100,000. At least, this one does. It comes from single ownership, and has less than 200 miles on the clock. 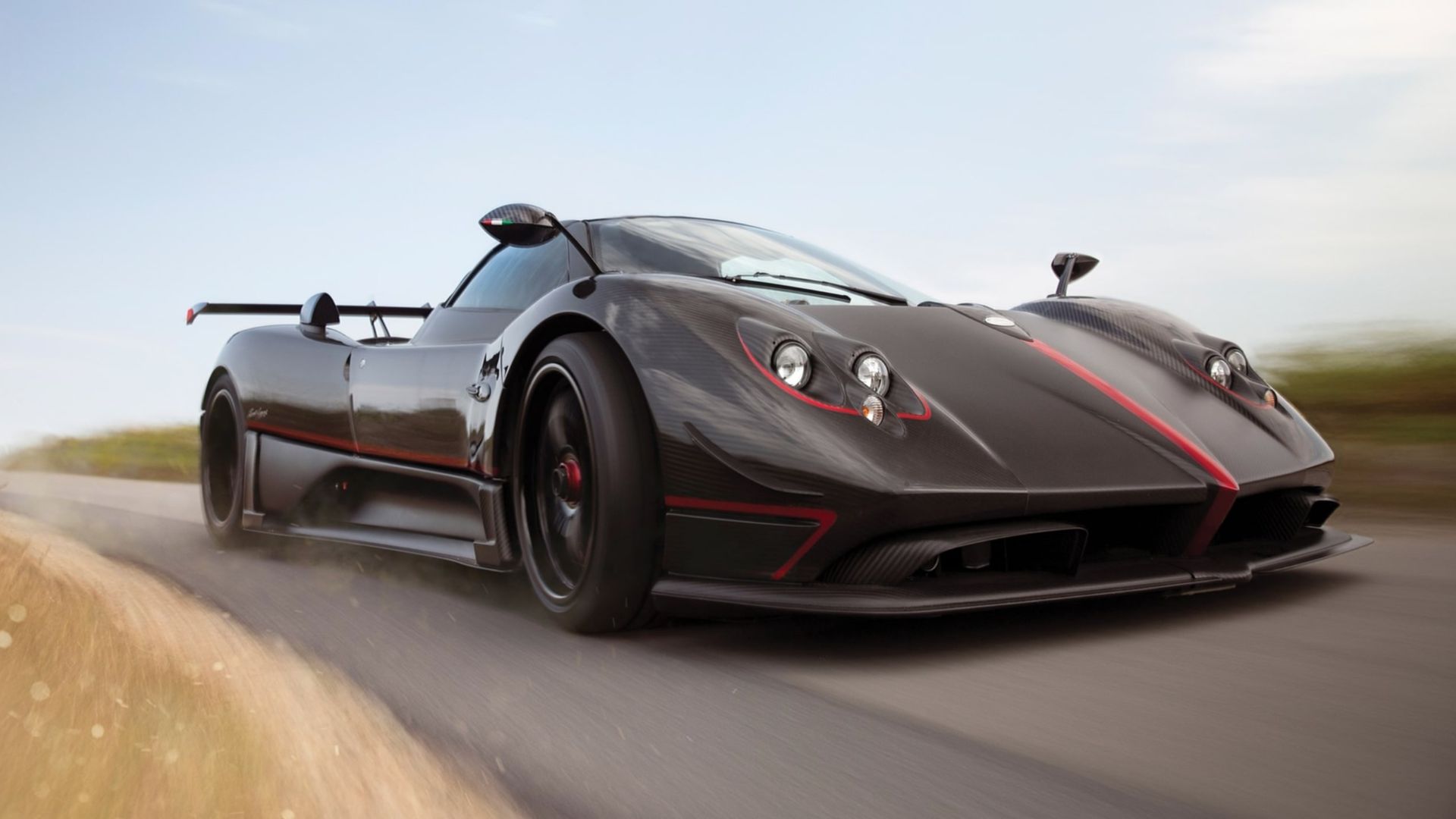 Even the fastest Ferrari ever made doesn’t top this list. Then again, nor does this Zonda Aether – a one-off variant of Pagani’s original hypercar. It’s estimated to sell for nearly £3,500,000. With a 760hp 7.3-litre V12 that puts its power down through a manual transmission, it offers an analogue experience that few other supercars can. Having been inspected and worked over by Pagani UK, the penultimate Zonda ever built has just 870 miles on the clock. 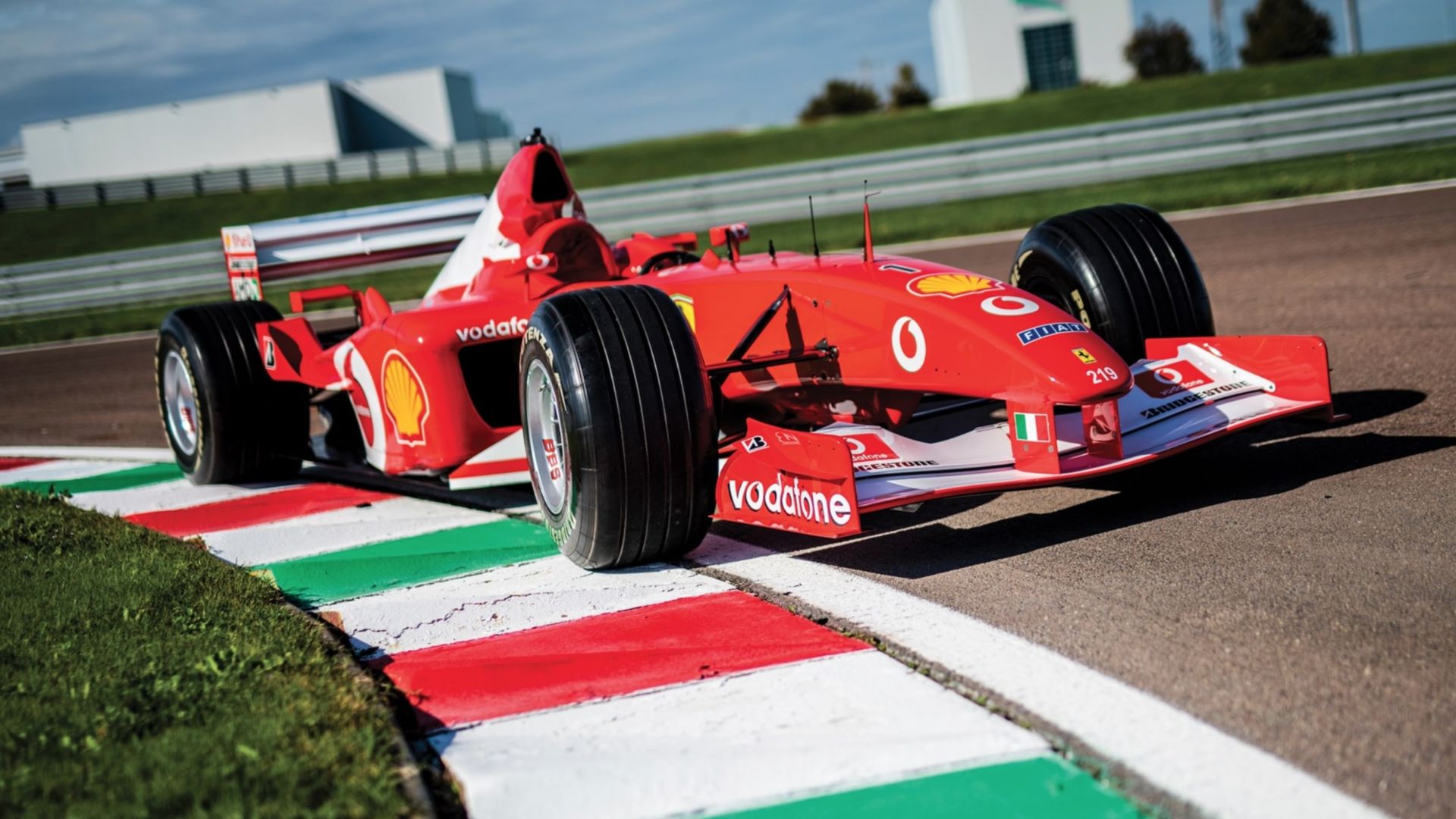 Many will have scoffed when we referred to the FXX K as the ‘fastest Ferrari ever made’, wondering whether we’d forgotten about cars like this. Behold, the Ferrari F2002 – steed to Michael Schumacher in the 2002 season, in which he raced the San Marino, Austrian and French Grand Prix. It helped him on the way to his fifth world championship. The F2002 is one of the most successful F1 designs of all time, coming at the peak of Ferrari’s late 90s and early 2000s powers. If the minimum £4,300,000 that RM estimates sounds a bit much, know that some of that cash will go to the ‘Keep Fighting’ charity, inspired by Michael Schumacher.