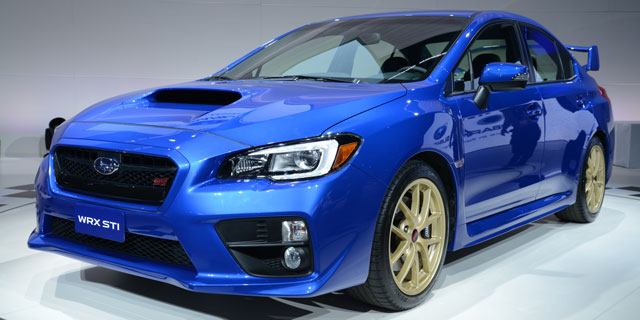 Wannabe rally drivers will be heading to their nearest Subaru dealer this summer as the WRX STI is makes its return to the UK.

The iconic souped-up saloon is making its comeback thanks to favourable Yen/Sterling exchange rates after Subaru withdrew the WRX STI from the UK at the end of 2012.

However, due to tough competition from the likes of the £25,990 Renaultsport Megane 265, the WRX STI is only likely to sell in small numbers.

Subaru UK managing director Paul Tunnicliffe said: “We wanted to acknowledge the following the WRX STI has, and while both the market and the brand in the UK has changed in recent years, the WRX STI remains a demonstration of Subaru’s technical know-how.

“The new model will only be available in limited numbers when it goes on sale in summer nevertheless we were keen to give our performance car fans the opportunity to try it here for themselves.”

The WRX STi is powered by a four-pot Boxer engine that produces 305hp and 290lb/ft of torque. It’s twinned with the old six-speed ‘box which Subaru says now offers a “shorter throw and slicker, sportier shift feel”.

Naturally, the WRX STI is four-wheel drive and features trickery such as torque vectoring to allow maximum progress in slippery conditions, and the suspension has been tweaked to provide a more compliant ride.

The new WRX STi is more practical than the old model – thanks largely to an increase in wheelbase of 25mm, which means extra room inside without increasing exterior dimensions. There’s even talk of soft-touch materials and carbon effect trim but don’t fear, it’s still as basic as an Impreza (sorry, WRX STI) should be.

Interested customers will be able to register their interest on Subaru’s website this week, and deliveries will start in May.